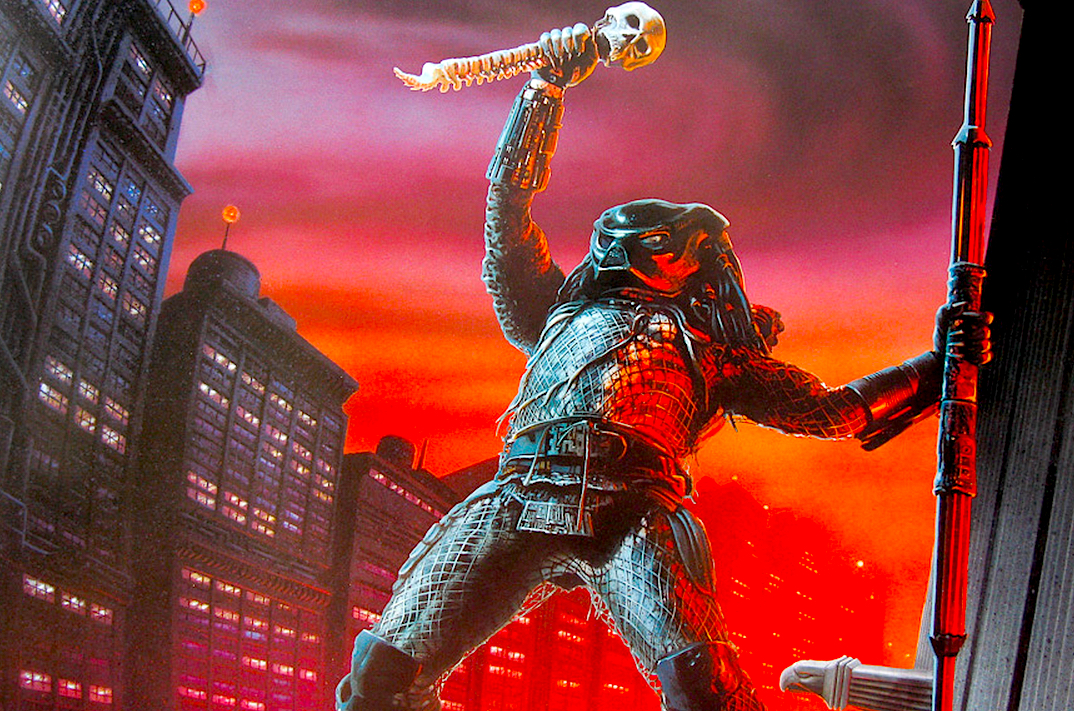 I’ve had a few days to recover from my excursion into the disappointing corners of the Alien franchise, so now it’s time to see if the big bad Predator had better luck after its original and legendary movie debut. I haven’t watched Predator 2 in a LONG time, but last weekend I dusted off the DVD and revisited a movie that is now 25 years old …

I’ve always found Predator 2 a strange movie experience, and every time I finish watching it I’m left with a lingering feeling of indifference mixed with confusing mild respect. It isn’t a BAD movie, but it’s certainly not a particularly great one either. It just aggressively does what IT wants to do for 108 minutes, then strides away to smoke a cigarette and fade into the shadows of movie history once again.

When it comes to the whole Alien/Predator universe and all of the films that have featured these once great movie monsters, Predator 2 is the surly and brooding chapter that nobody really wants to talk about. A middle child who did enough to avoid raising serious concerns, but never really excelled at anything and was just happy to avoid too much attention and fuss.

The biggest problem Predator 2 had to contend with was a lack of instant connection to the first movie, and the absence of a returning character we were familiar with. When characters are carried over through a franchise they bring knowledge and experience with them from film to film, this experience when used in the right way by clever writers can mean you get a story that flows and naturally evolves. It becomes a journey for the viewer.

Alien and Aliens is SUCH a perfect original-to-sequel partnership because it was a continuing story, and James Cameron was smart enough and skilled enough to be able to take Ripley’s doomed adventure in a new exciting direction. Predator 2 never had the opportunity to expand the franchise and the universe it lived within because Schwarzenegger decided not to return. No Dutch meant no connection, and no connection meant the writers just shifted the location from a sweltering jungle to a sweltering Los Angeles, and the movie became a bit of a repeat experience.

Visually the film looks good, and director Stephen Hopkins successfully created a genuine adults only flick that would scare the life out of studio suits in this day and age, but Predator 2 just doesn’t have a story worth a damn. To quote a gang member from an early scene in the film, “shit happens”, and that perfectly sums up most of the script.

There are several factors that stop Predator 2 from being overwhelmingly disappointing, and the most important is the casting, with Danny Glover in particular delivering an energetic and committed performance as Lieutenant Mike Harrigan. Glover was in the middle of his huge success with the Lethal Weapon franchise at this time, and it can be difficult at first to not think of Roger Murtaugh when you start watching Predator 2, but that doesn’t last long. Harrigan is a VERY different man, and Glover seems to relish the opportunity to play a badass who isn’t worried about surviving long enough to reach retirement.

It’s a stretch to accept that a middle aged cop is able to take on a creature that wiped out a team of highly trained military personal and beat the shit out of big Arnie, but this Predator is apparently younger and much more arrogant than the one we met in the jungle. Which might explain why he wanted to hang out on the west coast!

Bill Paxton does what he does best, playing a twitchy and overconfident but lovable rookie cop named Jerry Lambert. María Conchita Alonso is tough and feisty as Detective Leona Cantrell, and the quartet of determined cops is completed by Ruben Blades as Detective Danny Archuleta, who has worked alongside Harrigan for many years. 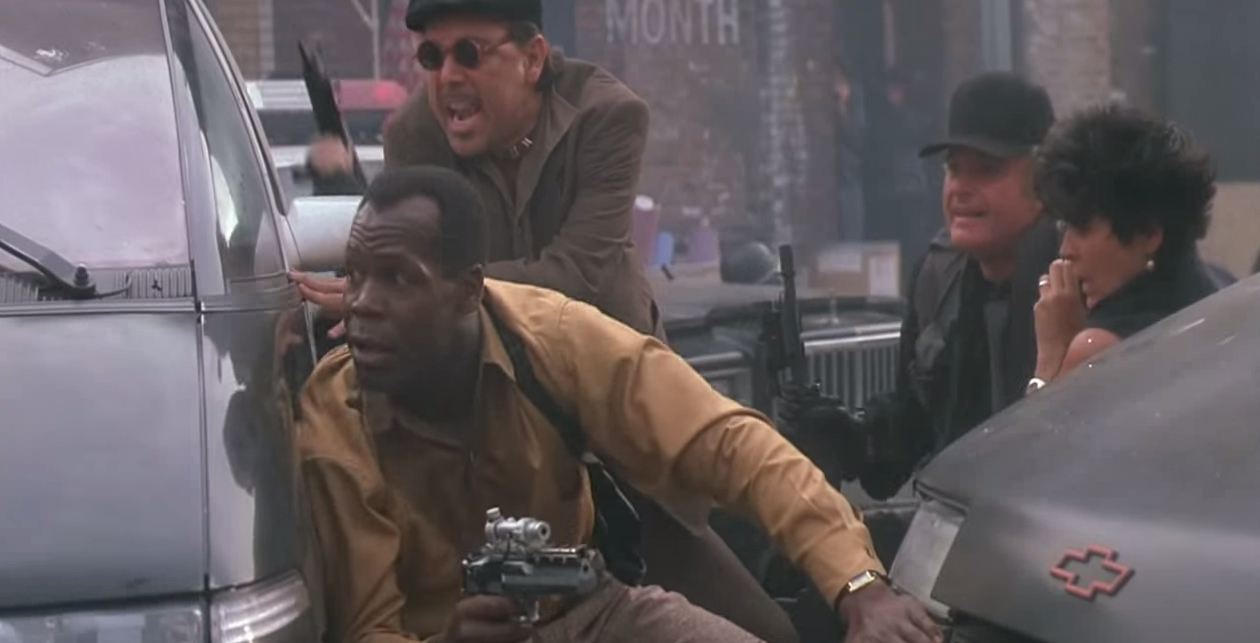 All four are likeable, and most importantly they work well as a team and seem committed to what they do. Paxton’s character is mostly there for comic relief, and Blades is killed off far too quickly, but for once we get characters that aren’t written as TOTAL idiots, which makes a very pleasant change.

And then there is Gary Busey … doing his crazy wild-eyed thing, and acting like he inhaled seventeen lines of cocaine before each scene. I’ve enjoyed his unique insanity over the years but here he feels unnecessary, and considering his character is supposed to be a dangerous and intelligent government agent sent to outwit and capture the Predator, you have to wonder who the fuck decided he would be perfect for the part!

Kevin Peter Hall is once again majestic as the Predator, and action movie veterans such as Robert Davi and Adam Baldwin complete what is a solid and experienced cast.

The score by Alan Silvestri is predictably awesome, and some of the practical effects and props are visually pleasing, such as the new weaponry the Predator has been equipped with and gets to use on multiple occasions.

What you take from Predator 2 will totally depend on what you want from a movie such as this, and if you think the perfectly designed extraterrestrial hunter and his race had the potential to be developed further after the first movie. If you wanted more of the same and some solid action with plenty of kills then Predator 2 should have comfortably met your expectations. If you wanted a sequel that strived to be bigger, bolder and more ambitious than the original, then Predator 2 fails on every level. But to be honest I personally find it hard to consider this sequel a failure because at least it commits to a direction and heads down that path all guns blazing.

It’s the movie equivalent of a night on the town drinking beers with your friends. You’ll have a great time while it’s happening, filled with noise, shouting and lights, but the next day you won’t remember much as you crawl out of bed and prepare for a brand new day.