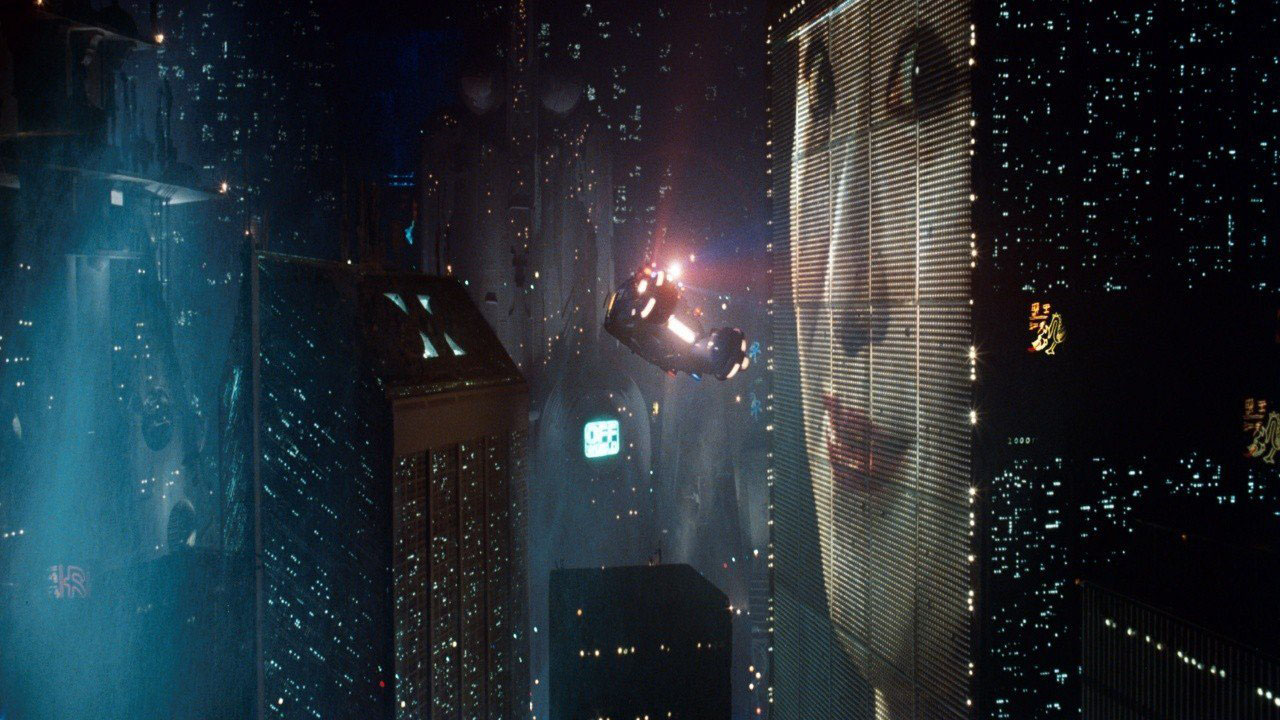 Blade Runner is definitely in my top 5 or 10 favorite films of all time.

I’m honestly surprised to keep learning that upon original theatrical release, the film was a complete flop, both commercially and critically. Though, perhaps I’m not really that surprised because I see a trend in that the best films that are released in general, people don’t like them, think they’re too long or boring or just don’t “get it”. This seems to be a common reoccurring theme for some of the best movies ever made.

I definitely just want to throw in the towel sometimes and go with Occam’s Razor on this one, which in this case would be that people are just fucking stupid. That beautiful films go underrated, not because there is anything wrong with the film itself, but because, simply, the majority of the people watching them are too lazy or unintelligent to appreciate it.

That the only thing people understand is sex, violence, explosions, and expletives. That a layered story, nuances, subtleties, and melancholy go right over their head. But the truth is, I don’t like Occam’s Razor. I think it’s lazy and irresponsible to just assume the simplest or most obvious conclusion. I think damn-near everything in life isn’t that simple and requires further analysis.

So, what’s the real story here? Well, to start with there are many different versions of the film. I don’t know for sure which one I originally saw when I first discovered the film. Definitely wasn’t the one with narration. I picked up the 30th Anniversary Blu-ray set recently, so I’ll be working my way through the different versions.

The other factor may be how you were introduced to the film and what your expectations were. In 2012, we clearly have a much broader taste and tolerance for all genres that audiences may not have quite had at that point in 1982. Although Star Wars was obviously a hit, this was different. Blade Runner built a cult following, so through word-of-mouth is one answer to why people love the movie today.

I actually discovered the film as completely unbiased and absent of outside influences as it gets. Must of been the early 90s, at my aunts house, probably between the ages of 6-9. Pretty much had the whole living room to myself. They had no cable and I’d already seen half the VHS tapes they had and watched one or two others. Really bored at this point, I pulled out all the VHS tapes and went through each, one by one, desperate for something I hadn’t seen yet. I found a generic VHS tape that someone had recorded onto with “Prison / Blade Runner” scribbled on the side.

Prison is another really cool movie I discovered that day, and definitely recommend checking it out. So, I get through Prison and it cuts to white noise, then some commercial, and then into Blade Runner, past the opening and into one of the aerial scenes. I was instantly in awe “What is this?” It gets through maybe 20 minutes of the film before the end of the tape. The picture and sound were so degraded on this shitty old home-recorded VHS. Even so, I played the tape over and over hoping somehow (in my child’s mind) that I’d be able to see more of the film, past the end of the tape where it was cut-off. The movie stuck with me over the years in the back of my mind.

I’d always been a movie lover, but when I got Netflix maybe 5 years or so ago and also had steady work in order to buy movies, I began the journey of building my movie and music collection of new gems I’d discovered and those long lost gems that I had buried in the back of my mind from my childhood. Of those that I was able to rediscover through the magic of the internet, one was Blade Runner. I came across it on Netflix (wasn’t even searching for it) and the memories flooded back after a double take “Wait, what’s this? Is it… it is!”

I was finally able to watch it from start to end with semi-decent quality on DVD (as an adult), and I was profoundly impacted and brought to tears, completely enthralled throughout. Thereafter, as I usually do when seeing a film I’ve really enjoyed, looked it up online for the soundtrack and to see who was involved, checked out the IMDb page, etc. Only then did I actually discover the cult classic that it is.

It must of been the Director’s Cut (1992 — now on DVD of course) that I’d seen as a child, as it had no narration and the Final Cut (2007) wouldn’t be released for many years. The VHS version I originally saw must of been the television version as it was obviously recorded off the TV. Perhaps it’s an era or generational thing. Perhaps if I’d seen it in 1982 as an adult in its original cut, I wouldn’t have liked it either?

If you remove all that speculation, the only reason I can fathom to why someone wouldn’t like Blade Runner is because they’re just not emotional enough to connect with it, in order to appreciate it fully. The reason I’m so confused by this is because of what I saw Roger Ebert say:

“It looks fabulous, it uses special effects to create a new world of its own, but it is thin in its human story.“

My first thought was: “Okay, this film has been re-edited so many times, maybe the original cut (which I’ve yet to see) was pretty bad?”

But, his review of the Director’s Cut was pretty much unchanged from his original thoughts:

And still the same with even the Final Cut.

So essentially, his definitive opinion of the film is that it’s a wonderful visual experience, but lacks in story, specifically a “human” story. Regardless of who’s a replicant and who isn’t, I can hardly think of many other films that deliver such a strong human story at every level, literally, figuratively, romantically, spiritually.

I think there are three kinds of movie watchers:

Now, that’s speaking quite generally of course, but you get the basic idea. I don’t hate Ebert or critics in general and instantly discredit anything they say. But, it’s undeniable that they’re uncontrollably removed from the experience at least a little bit. And I don’t hate anyone just because they disagree with me. There are a lot of things I like that I understand quite well why others do not. But, when it comes to something profoundly as beautiful as Blade Runner, I’m trying to understand how you can not be emotionally affected by this film?

I can understand if you just don’t like the story, but to deny or downplay its presence is bewildering to me.

My favorite quote from the film followed by my favorite scene. If you can’t feel the depth of human story that’s there (Deckard feeling incredible empathy for Roy [a replicant] who’s been created in the image of man with human emotions, only to have it taken away with a tragically short life-span) I’m just going to say it, you’re wrong. Even if Deckard is a replicant himself, it doesn’t matter. The film is completely saturated with human subtext, from birth to life, death, and even a creator.

Brings me to tears every time.

Different life experiences, bad associations, lack of empathy. What is it? What really controls our ability to emotionally connect with something? Subjectivity at work again of course, but I want reasons.

I pose the question and perhaps it’ll bring some interesting discussion. But, ultimately I just have to let it go and realize that all that’s important is that the film is special in the hearts of the fans.

UPDATE — I’ve been discussing with fellow Blade Runner fans over on the IMDb boards, the nature of Roger Ebert’s views of the film on original release and today and may have received a bit of insight.

While continuing to conjecture over the subjective nature of whether Ebert really likes or dislikes the film on a personal level seems pointless, he seems to, at least at the professional level, come to appreciate the film overall and respect it based on its merit.