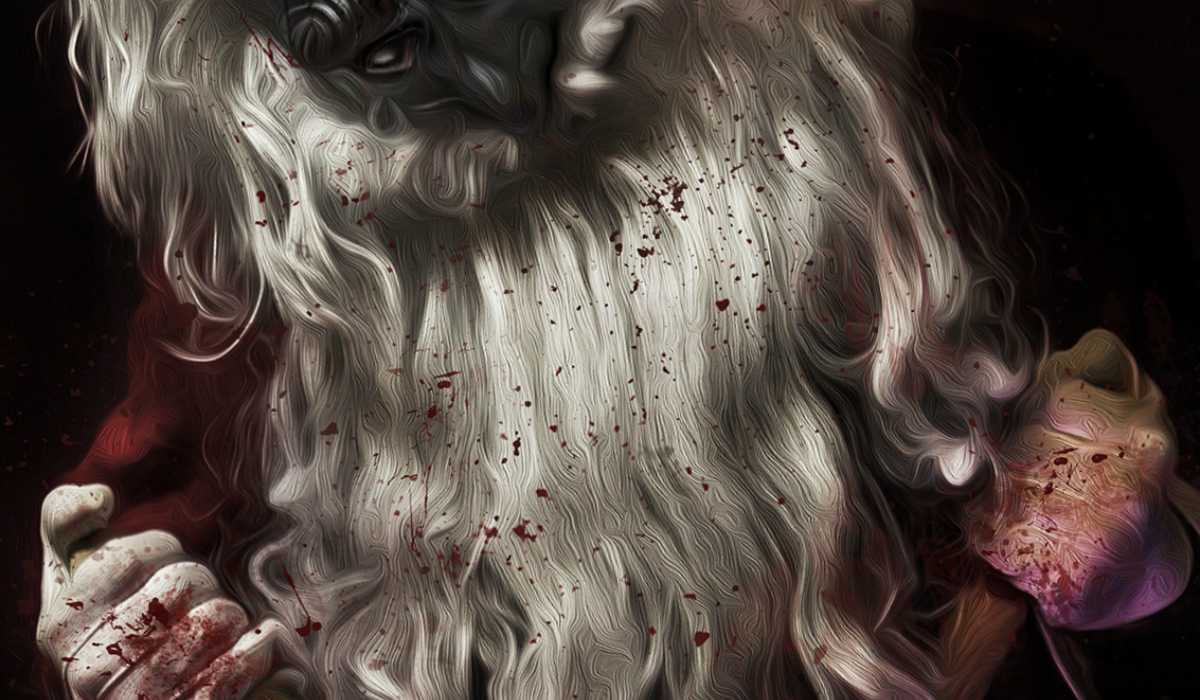 Today is Nov 25th. In this, the year 2016, that means it’s Black Friday…which also represents the beginning of the holiday season. It’s inescapable. Christmas lights will be strewn about, shopping mall Santas will be bringing children to fits of panic, and the Hallmark channel will be running non-stop Christmas films (all of which my mother will tune into religiously). The countdown has begun, and there’s no better way to celebrate than with subversive, twisted Yuletide horror! 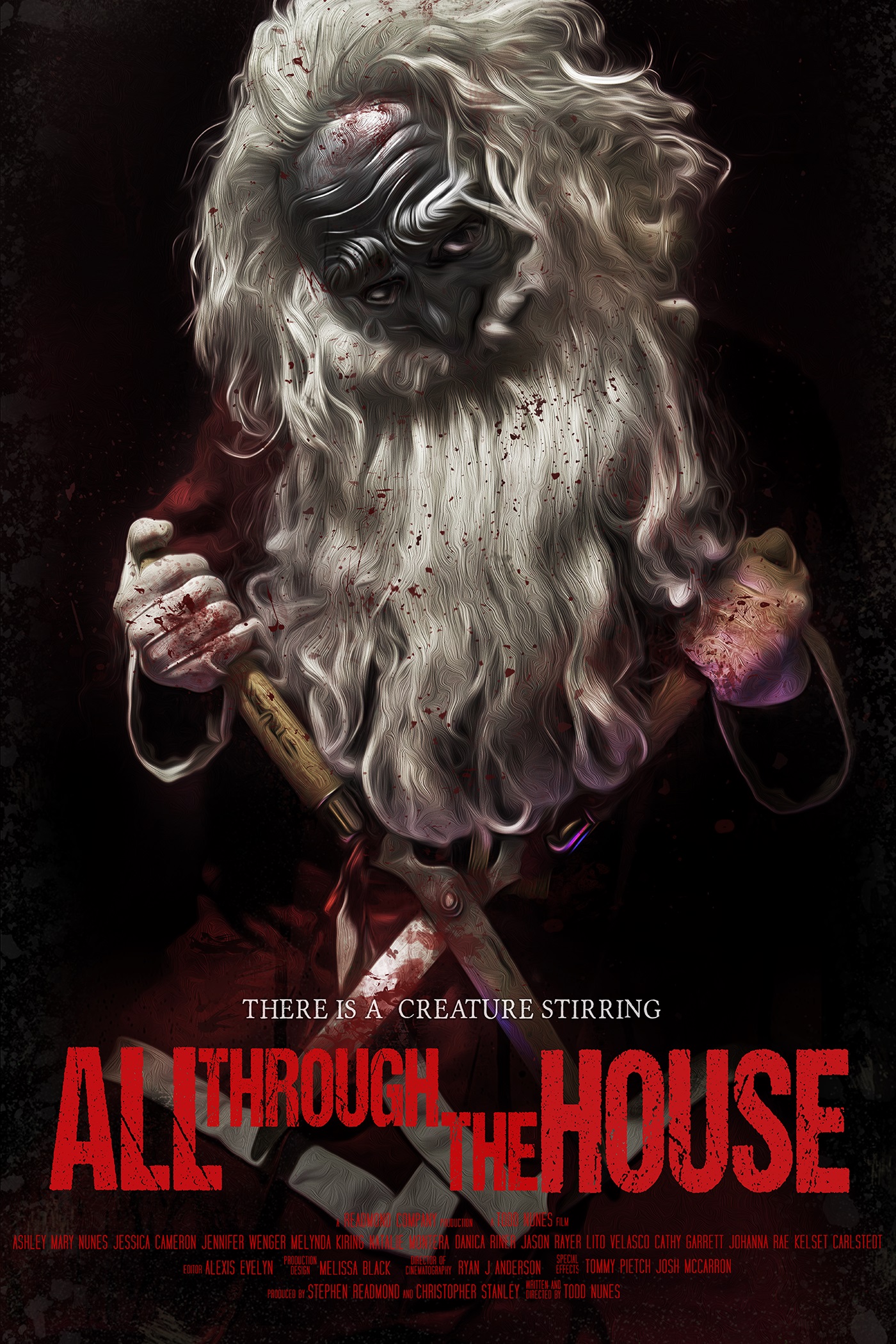 Christmas horror is one of my favorite sub-genres. I’ve always found Christmas to be slightly creepy to begin with: all the forced cheer and goodwill, Argento-esque lighting in every home, the desperation and anxiety built around finding “the perfect gift”, and those Christmas carols! Christmas is already nightmare fuel, throw in a psychotic murderer and you’ve got yourself cinema gold. All Through the House is the newest entry in the killer sub-SUB-genre of killer Claus flicks, started way back with Silent Night, Deadly Night (a staple of my annual holiday screenings) or To All a Good Night if you want to get technical.

I’ll be honest, I was skeptical going into this film. Yes, I love a good holiday fright flick, but I’ve been left in the cold by far too many recent entries. For every Michael Dougherty’s Krampus, there’s a Krampus: The Christmas Devil. The first few minutes of All Through the House were colorful and extremely gory with rising horror queen, Jessica Cameron, filling Drew Barrymore’s Scream boots. The back to back murders are gruesome, presenting multiple uses for a pair of garden sheers on our most private of private parts.

From here, I started to get a bit worried. The narrative was wobbly, the acting was of the DTV bargain bin variety, and the crisp cinematography from the cold open had given way to the kind of harshly lit, poorly stabilized (likely completely NON-stabilized) DSLR footage you can stumble upon a thousand times over on YouTube. Thankfully, these technical issues seem to iron themselves out pretty quickly as the film goes on. Also in the movie’s favor is the quick pace. Not only are we introduced to our main characters in no time flat, there are a total of 5 murders within the first twenty minutes! This killer wastes no time. 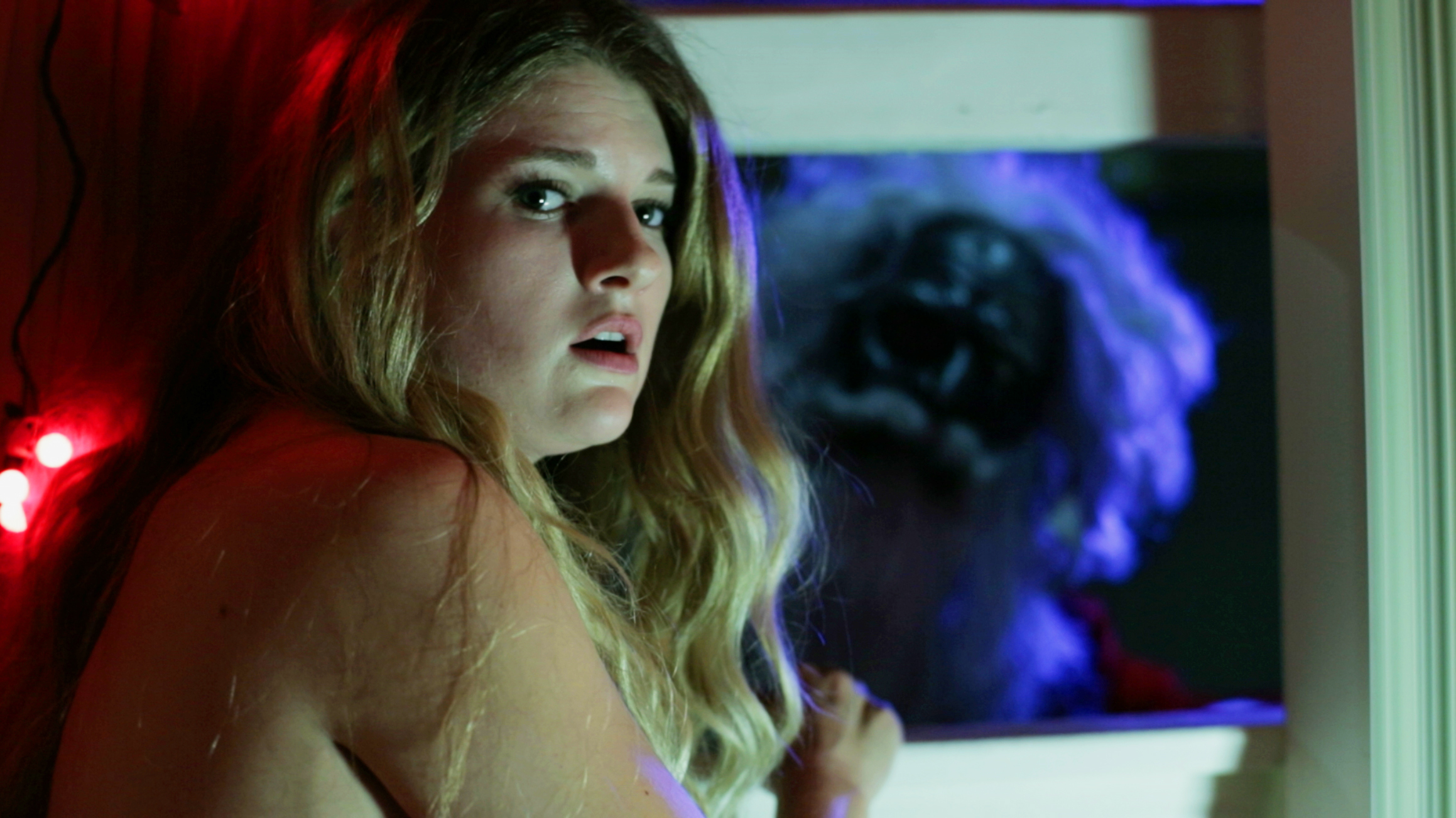 Speaking of our vicious psychopath, his getup is impressive. The metallic grey of the Santa mask is eerie, and the eye sockets aren’t too deep – allowing plenty of close-ups on the actor’s eyes. There’s a crazed humanity going on behind the rubber and it’s freaky. The murderer’s back story is equally intriguing, if terribly exploitative. That backstory is where a very evident influence became apparent to me. As much as this is a throwback to American slashers of the 80’s with ample amounts of boobs, blood, and tacky dialogue there is some serious psycho-sexual leanings that call to mind a number of Italian giallo.

The best role and performance goes to Melynda Kiring as our heroine’s screw-loose neighbor, Mrs. Garrett (Facts of Life hairdo and all). Her portrayal of a Christmas obsessed recluse is the kind of B-movie wackadoo that brings to mind Louise Lasser (Blood Rage, discussed here) and the amazing Susan Tyrell of Night Warning (which also gets a fun nod at one point in the film). She does amazing going full blown “Hatchet for the Honeymoon” in scenes shared with a room full of mannequins. It’s a shame that fun roles like this for older actresses aren’t more plentiful. As mentioned before, the rest of the cast starts out on shaky ground, but half way through seem to really find their footing. The lead actress (Ashley Mary Nunes) was the biggest surprise by the end. Her line readings may come across a tad stillborn but by the climax, she conveys the fear and desperation necessary for the best final girls. 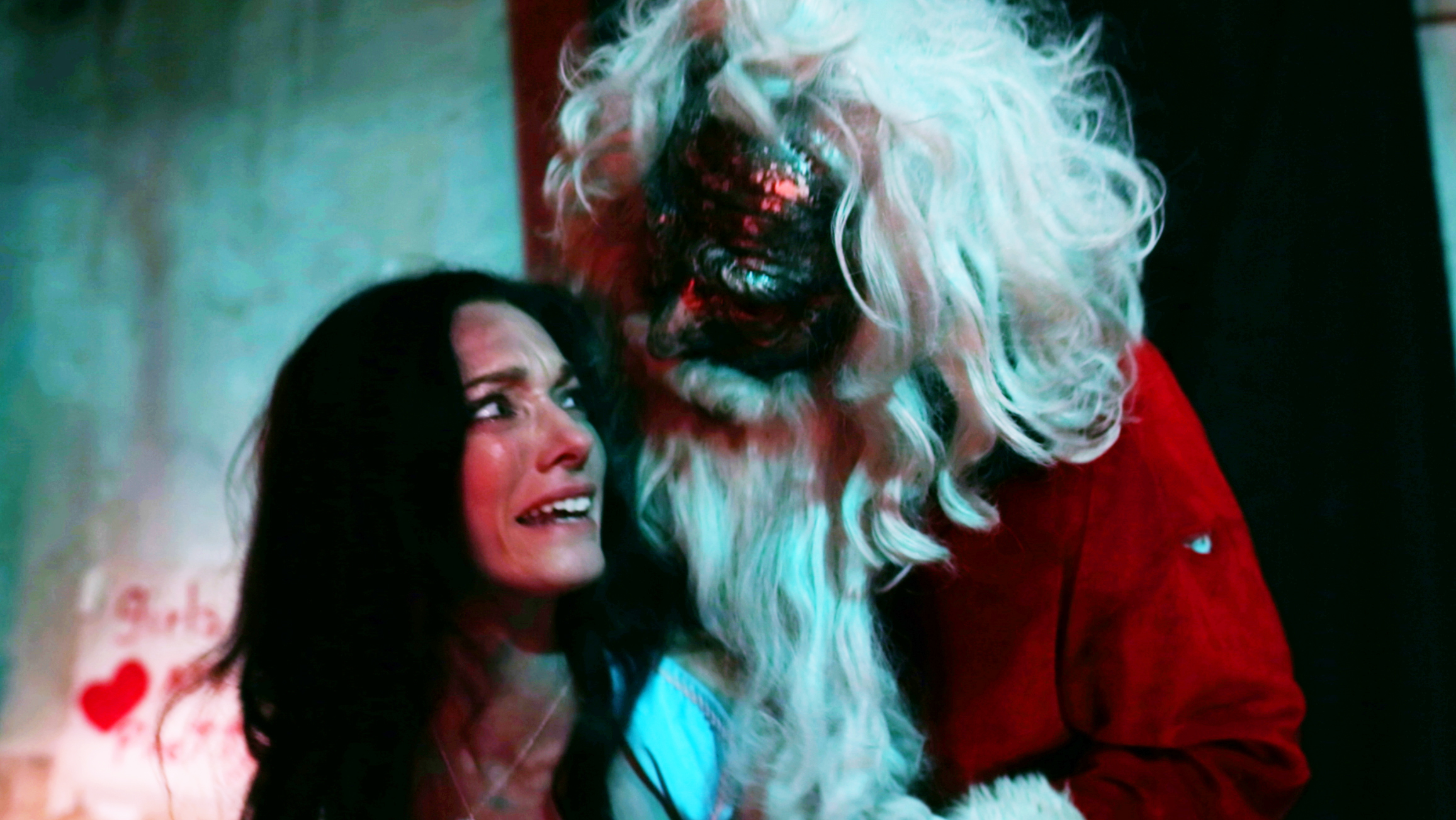 The crimson stuff is consistently satisfying with effects created by “Face Off” alum, Tommy Pietch. Everything is pleasantly old school without a stitch of CGI in sight. From top to bottom, All Through the House managed to win me over with its conviction to old school slasher fare. Director, Todd Nunes, is one to watch out for.

Despite working with what must have been a minuscule budget, Nunes has delivered a polished looking horror film that truly delivers. There are some exceptionally staged moments that had me scream out loud like a little girl. What’s best, is the “victims” are actually given the chance to fight back on several occasions, helping to ramp up the tension.

If you’ve got a soft spot for slasher films of yore, I urge you to seek out All Through the House. It’s worth watching for the subtle homages to past horror films: everything from Black Christmas, Deep Red, Friday the 13th: Part 2, all without feeling like a stale retread. This is the type of horror film us fans should get behind. It proves there is still life on the micro-budget scene. Is it perfect? No, but neither are a lot of the “classics” from the golden age. There is just enough camp, cheese, demented plotting, gore, sex, frights, and all around fun to please even the Scrooge-iest of horror fans this holiday season. I know it seems like I’m gushing over this film, and that’s because I am. When the credits rolled, I had a huge smile plastered across my face. It’s been a while since a small indie like this has really caught my attention. I’m officially on board for whatever Nunes has in store next.

All Through the House is now available through most VOD outlets as well as on DVD/Blu-Ray through Amazon.