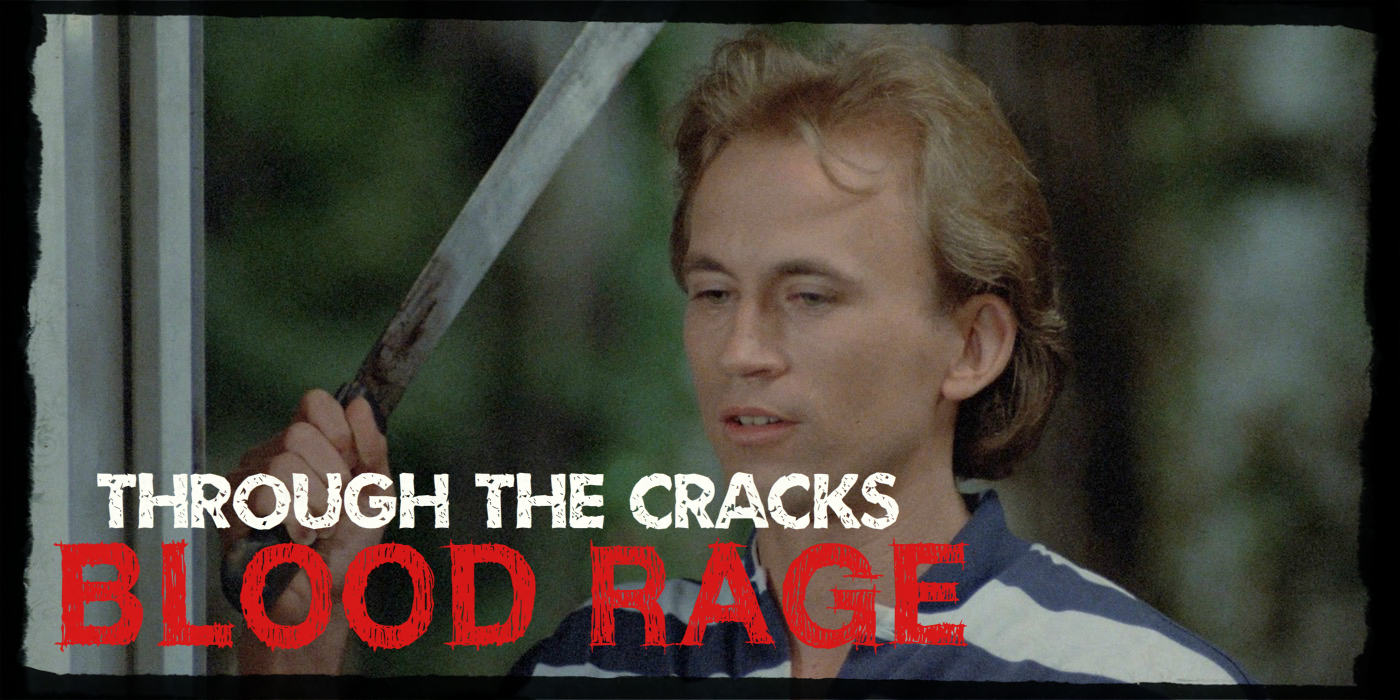 Sometimes a film goes unnoticed for far too long. Few people discuss it or even seem to be aware of its existence. As an avid horror fan, I make it my goal to track down as many obscure flicks as I possibly can. I feel as if I’ve seen it all, but luckily, every now and then I stumble upon a film…that slipped through the cracks (see what I did there?). 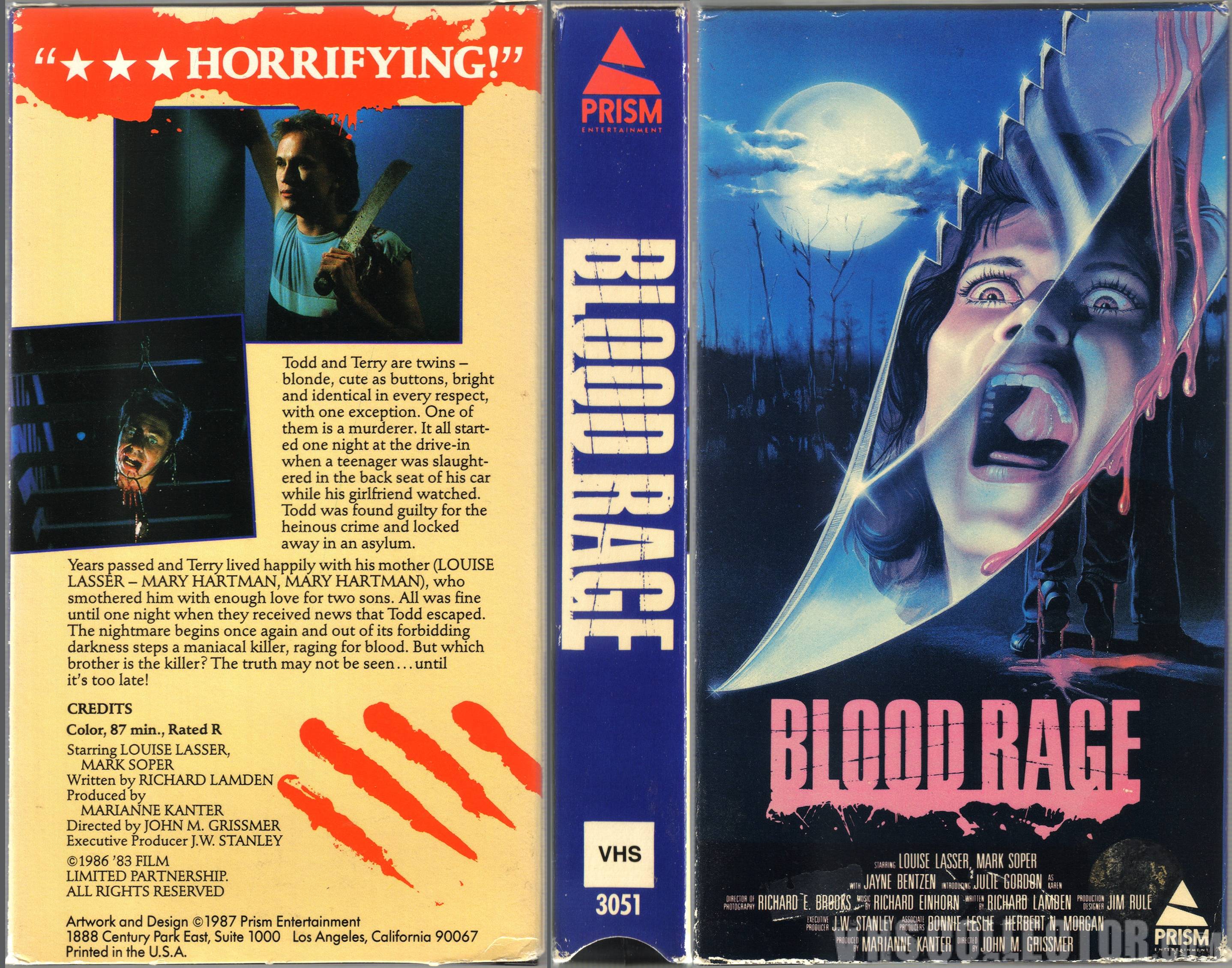 Blood Rage (1987) is one such film. I was on a journey to see every possible slasher released during the Golden Age of the 80’s. Most of them are still unknown for very good reason, but Blood Rage deserves an audience! Luckily, Arrow released an amazing three disc set last year, presenting the film with an impeccable restoration on Blu. So, at the end of this review, buy it! Or, you can stream it on Shudder. Whichever works, I suppose.

On to the film itself, what makes it so special? Well, it’s one of the few fright flicks us horror fans can turn to annually in late November. Yep. This is a Thanksgiving horror film! Granted, the holiday doesn’t have a lot to do with the proceedings, but there is a fantastic line about cranberry sauce. You’ll know it when you hear it.

The plot is straight forward: two twin brothers are separated when one of them goes psycho and hacks up a couple of randy teens at the drive-in. One is whisked away to the loony bin – only problem is, it’s the innocent brother Todd, leaving the psycho Terry to live out his life at home with mommy.

Now many years later on Thanksgiving, Todd escapes the institution and is making his way home for the holidays. His mother, played with absolute over the top B-movie perfection by Louise Lasser, goes into a spiraling hysteria once she hears the news. Terry, on the other hand, takes this as an opportunity to scratch his killer itch, knowing it will all be blamed on his fugitive bro.

From here out, the film is just an escalating series of gory set-pieces. The effects are the true standout, brought to life by future T2 effects man, Ed French. There are several highly memorable kills here: limbs keep moving after they’ve been separated from the body, axes are buried in skulls, and intestines are spilled. The blood flows as freely as cranberry sauce on Turkey day. Blood Rage is a true delight for gorehounds. 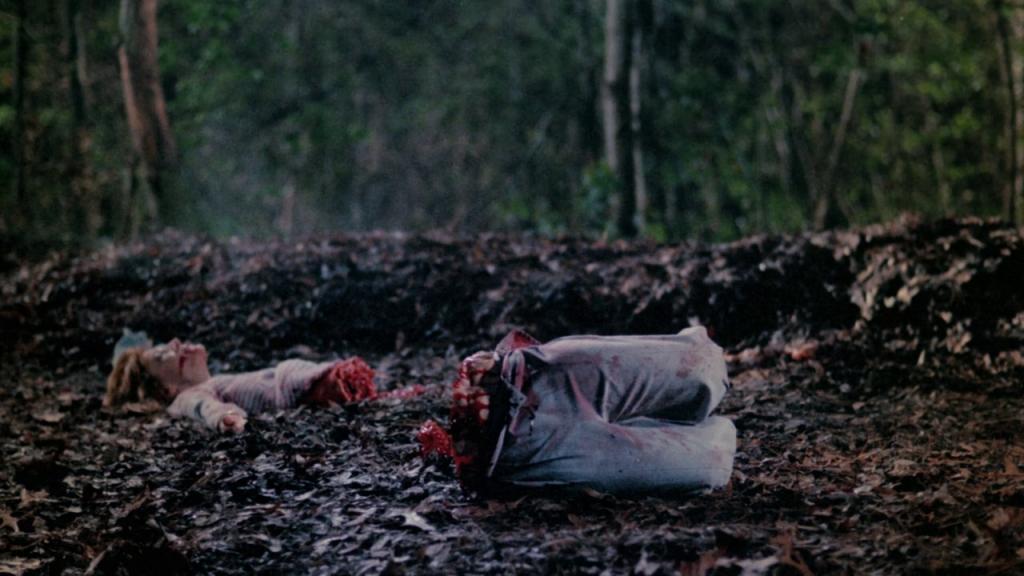 The acting is naturally all over the place. The twins are played by one man (Mark Soper) who does quite an impressive job portraying the two different personalities. The first time I saw the film, I thought they were being played by two different actors. As mentioned before, Lasser as the mother, gives a next level performance. It’s the kind of role that could’ve been played as one-note hysterical all the way through, but instead she alternates between campy humor and presenting the mother as pityingly sad and cold as ice. It might not be a great performance by regular film standards, but in the pantheon of slasher films, Louise Lasser offers something to remember.

Blood Rage is a rare “deep-cut” slasher that truly delivers the goods. It’s gory, funny (intentionally and not-so), and the final third offers what every slasher worth its weight in Karo should – an awesome final girl chase scene. If you’ve never seen this one and you love mindless dead teenager flicks, get on it. I know what I’ll be doing tomorrow after I’ve stuffed my gullet with too much Pumpkin pie…I’ll fix myself a turkey sandwich, of course! Which I will enjoy whilst watching Blood Rage. Gobble. Gobble. Happy Turkey Day!