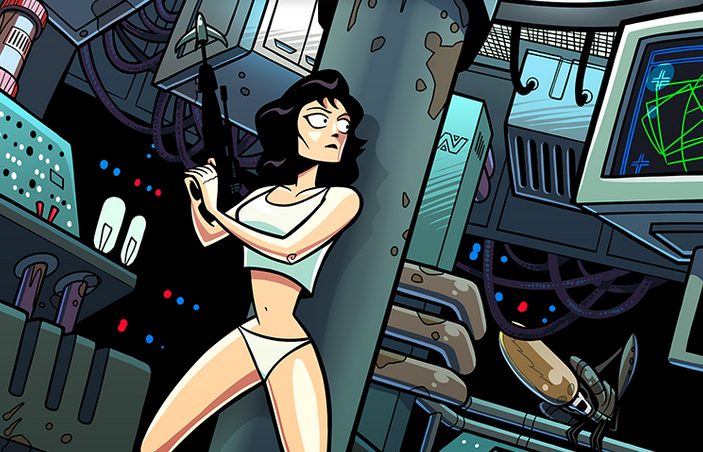 I posted an article a few weeks ago where I talked a little about my love for the classic ‘Kenner Aliens’ action figures. They were crazy little critters but I just can’t help admiring the imaginative designs and the sheer madness involved in the creation of a very child friendly toy line based on one of the most dark and terrifying sci-fi/horror movies ever made!

I finished that article by briefly talking about the ‘Operation Aliens’ cartoon show that actually went into the early stages of production (before being scrapped), and how it was probably a good idea that such a bizarre plan never made it to our TV screens. BUT, the subject of today’s artistic interview has made me dream of animated possibilities again thanks to his stunning cartoon style illustrations.

The Alien franchise, Freddy, Jason, Chucky, Beetlejuice … classic posters and movie moments have all been given the stylized treatment, and I recently had a little Q&A with Ive Bastrash, to learn more about the man behind the art … 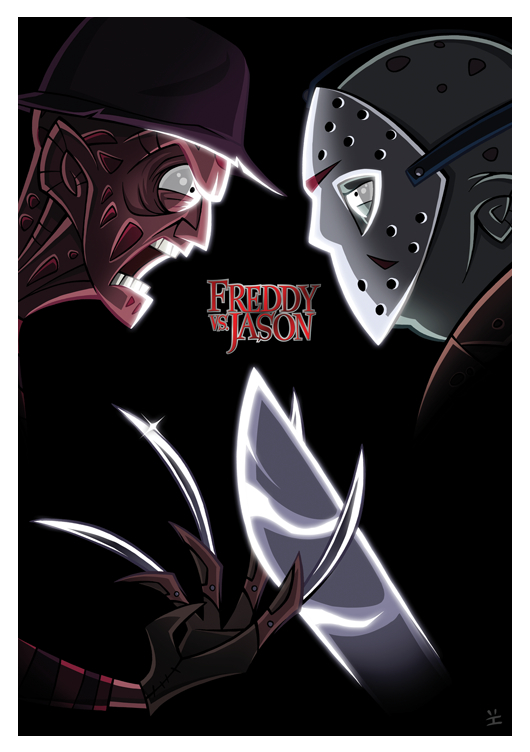 1. Tell me about your artistic history, was it a passion from a young age?

“It was always a natural habit more than a passion, a good way to entertain myself when I was alone, and I enjoyed it. I was very shy but once the other kids understood that I didn’t talk much but was awesome at drawing I was labelled as “the artist”, so I just kept cultivating that skill ever since. The direction I took for University was a no-brainer by then, even though I was an A-student in everything, I went straight for a comic book art program which happened to be located in my area and I graduated. I like animation too and was lucky enough to spend part of my formative years in Bordeaux, France, for a quick semester studying aspects of 2D animation. That was amazing!” 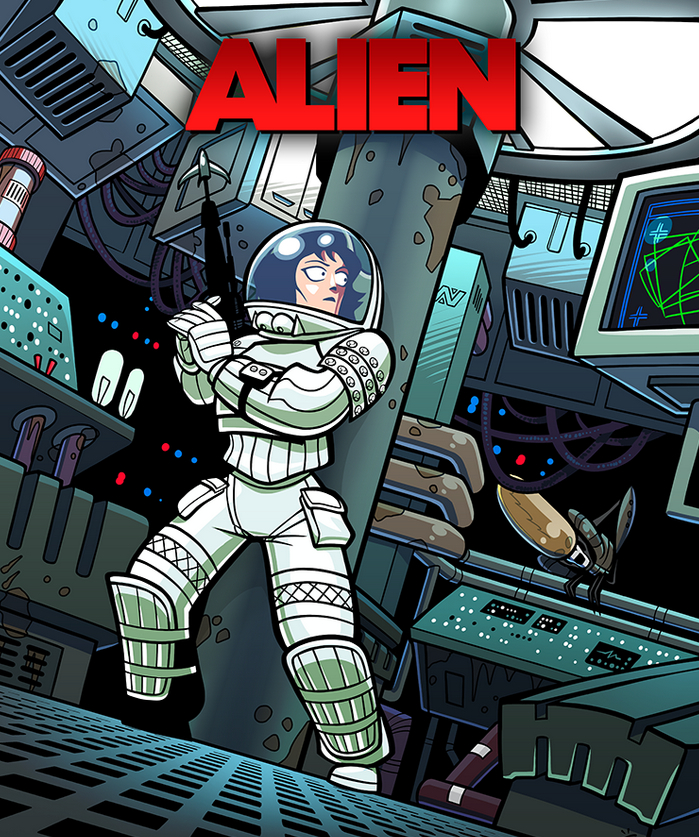 2. How would you describe your style?

“It’s definitely clean and colourful. The physique of my characters is cartoony and somewhat angular. I have been deeply influenced by the animated Batman series from the 90s and how sharp it looked. It’s always there in the back of my mind when I create something. I try to give a strong silhouette to things and avoid excessive textures and fine details.” 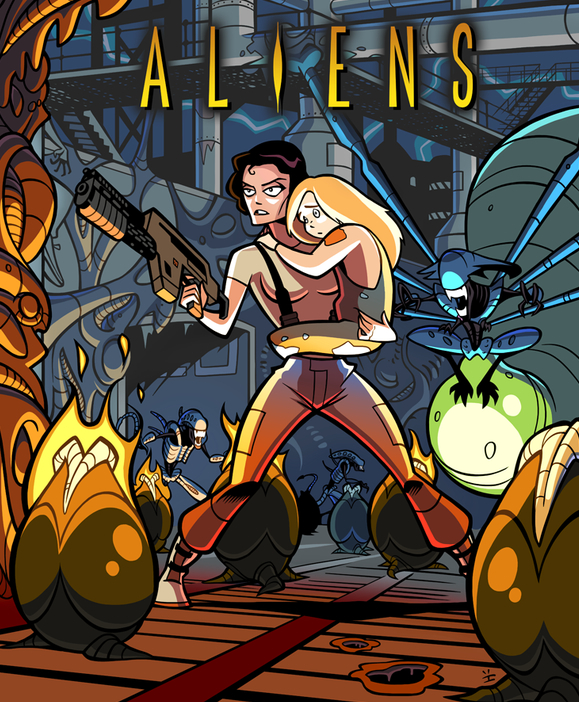 3. Is it safe to assume you are a big fan of the Alien movies considering the work you have produced?

“Yeah … Fan is probably an understatement actually. I think I was nine years old when I was introduced to these movies and they blew me away. My room became a mini Alien museum filled with collectables. I had already been exposed to horror/sci-fi culture in the cinema prior to that, thanks to my permissive parents and being the youngest child! … But that series stood out to me on every level.”

“I was mesmerized by Ripley and I remember promising myself that one day I would meet Sigourney Weaver, and 15 years later, I did! I went to see her perform in a play in New York city on my birthday and I met her after the show! She was so lovely and kind. I had two prints of an artwork with me so she signed one and I gave her the other one which she said she would put in her office. And I got a birthday hug!! Can you imagine? … I was the happiest geek ever that night. I still get butterflies when I think about it now.” 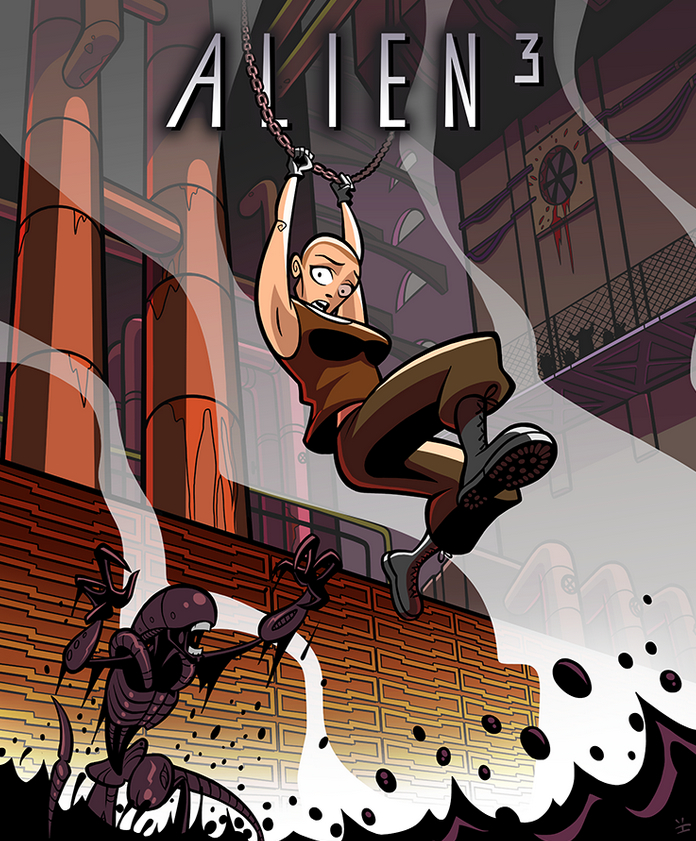 4. I’ve noticed your art several times across the internet, what has the response been like from horror fans?

“Most of the time I’m not aware of my artwork’s whereabouts, but the fact that people care enough to share it is a good sign that they like it I suppose … I do have a DeviantART gallery where people can leave me feedback and what I get there is always very heartwarming and kind. It makes me wish I could do fan art like this full-time!” 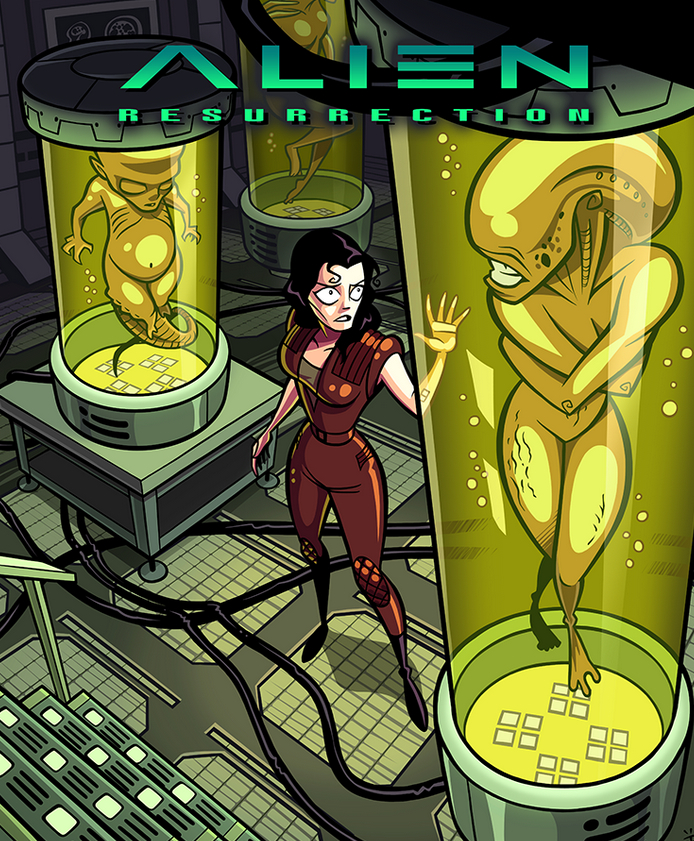 5. Finally, are there plans for any new images and posters in your style featuring horror and sci-fi characters?

“You can count on it! I have been contemplating a look at the Predator franchise for a while and I would love to do it in the same animated cartoon style that I did for my Aliens artworks. Once I nail a good version of Arnold, I can definitely foresee an epic team-up of Ripley and Dutch against a swarm of Aliens and Predators!” 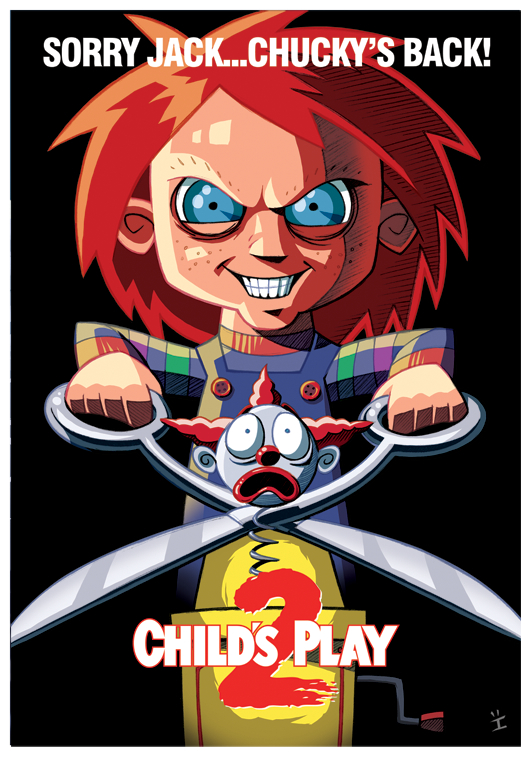 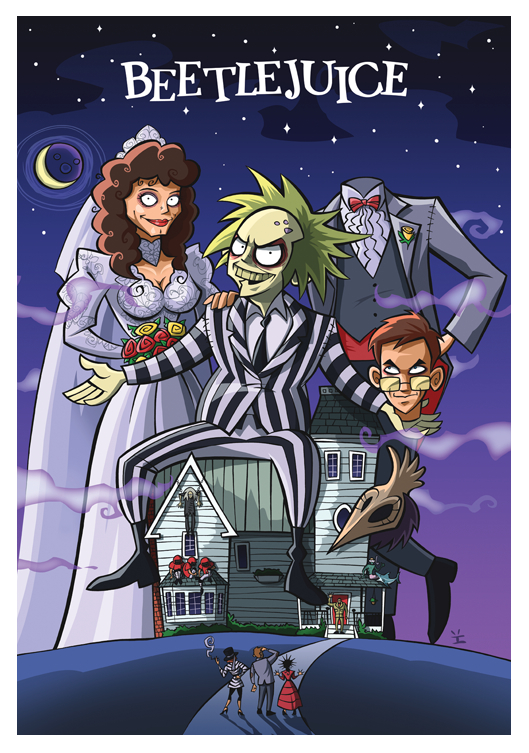 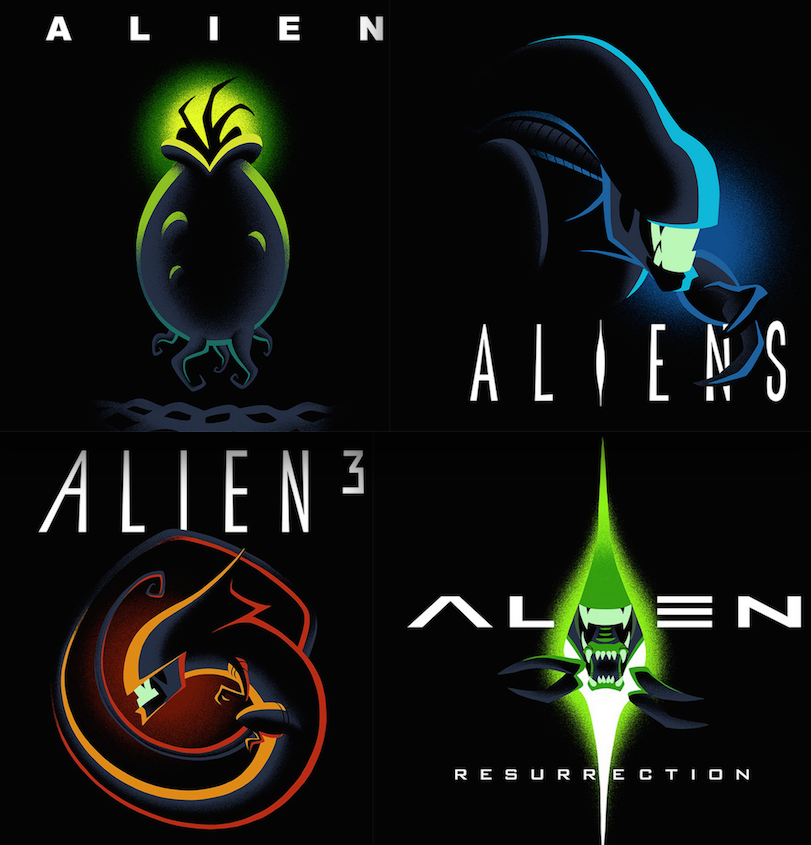