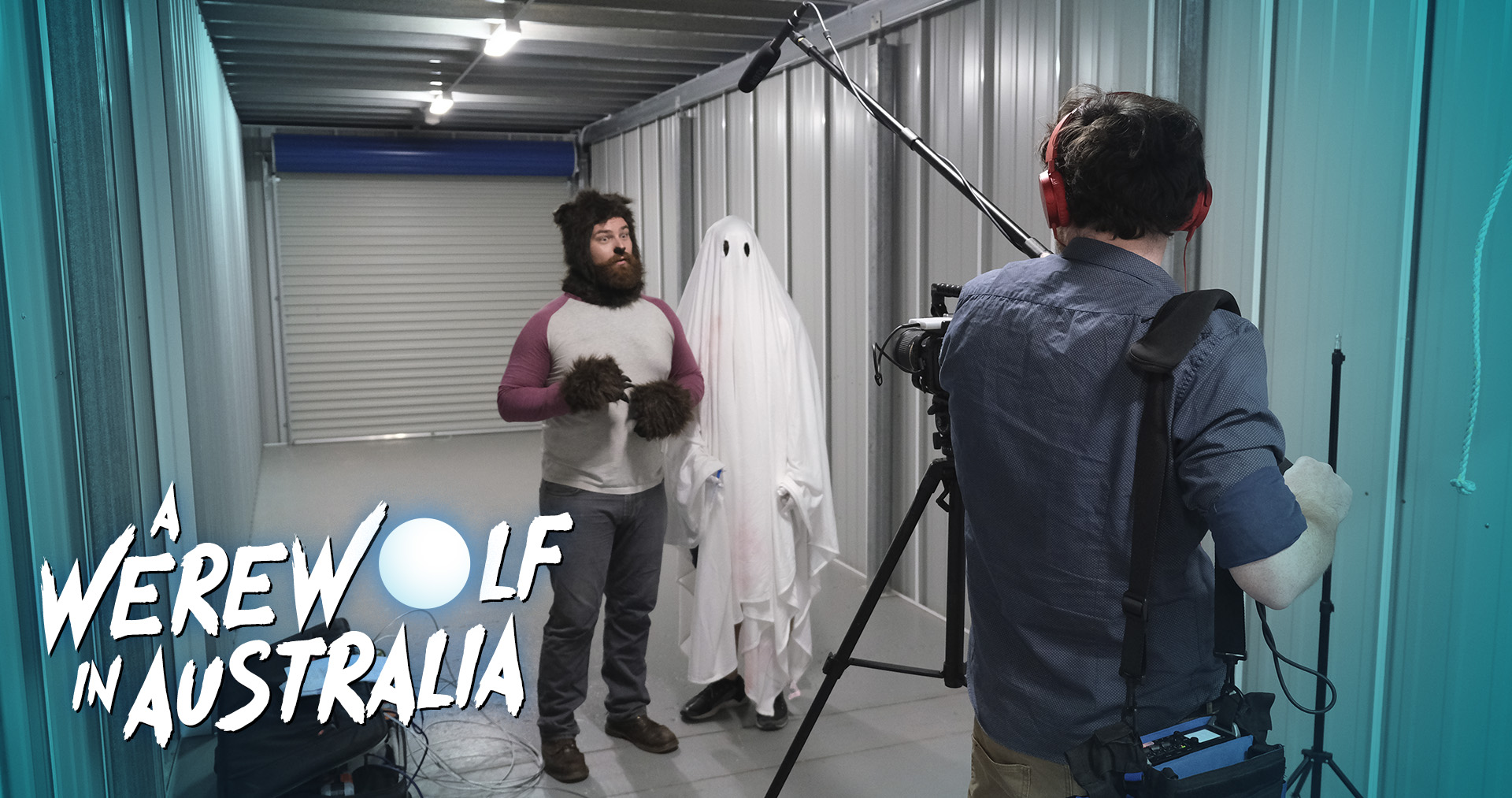 A Werewolf in Australia (a five-part comedy series about a werewolf vlogger) exists purely because I wanted to create something fun for Halloween. The series follows a werewolf named Colin who turns to vlogging to help other wolves and to come to terms with his own transformation. Throughout the episodes, he struggles with maintaining a vegetarian diet, dating, avoiding catastrophe during his transformation, and what types of clothes he should wear. Each episode is a deep-dive into a particular subject but the original idea was something much simpler.

I run a comedy production company called Hired Goons in Brisbane, Australia. Together with my business partners, we produce weekly content and monthly short films. With Halloween on the horizon, I was determined to make sure we had some kind of special content ready to go. Growing up in Australia, we never really got a chance to participate in Halloween. It was always something that felt quite romanticized through books, movies, and TV. Working with an online audience felt like it was finally the right time to be able share in the night with others around the world.

Normally in our writing process, we start with the story idea and then find the themes along the way, but with this project it was the other way around. I basically wrote down everything that I loved about the idea of Halloween, and filled my notebook pages with lists of possible Halloween creatures the story could involve. I’m not sure why, but I kept returning to the idea of werewolves. I toyed with ideas involving a Halloween meet cute to a ghost detective investigating a werewolf crime scene, but nothing really stuck until, finally, the idea of a werewolf trying to explain his actions through his own channel fell into my head.

I wrote a rough outline for a standalone short that would see a werewolf giving his “Top Ten Tips” for surviving Halloween without hurting anyone, and pitched it to my business partners as something fun we could do for Halloween. One wondered if it would work as a Halloween series instead so that we could celebrate it over an entire month. I couldn’t resist the idea of writing even more supernatural nonsense, so I jumped at the idea.

Expanding the story into a five-part series ended up involving a lot of work, both in writing and in terms of the production. For writing, I took the five strongest tips from the original outline and pushed them into their own episodes, and then looked at the possible restrictions with the production. We were coming off the back of another major production, so I was very mindful about the strain of rolling right into another epic shoot. I decided I didn’t want to write anything into the scripts that I couldn’t produce myself and, because of the short time frame, everything needed to be able to be shot and edited within a week of each episode going live on YouTube. Fortunately, the format of a vlogger leant itself to this kind of on-the-fly style of producing.

The main creative driving force for the story ended up being the question, “Who would be the worst person to suffer turning into a werewolf?” Like Bruce Banner turning into the Hulk, it seemed to work best when our lead character had a quieter, more gentle personality that clashed with the sudden bloody reality of becoming a wolf. He ended up being called Colin after I misheard my business partner Sam suggest another name, and we both decided we liked Colin better anyway. Sam ended up playing Colin throughout series.

Because we were limited on resources, I wanted to find ways to expand the scope of the show in surprising ways, and one solution I found was to take advantage of Brisbane’s close proximity to Byron Bay. I’d read that Byron was having problems with an overwhelming number of video influencers, and it felt like the perfect opportunity to let Colin explore a wider world with other characters. This became the show’s forth episode and led to the creation of one other constant in the show’s narrative – Olly the ghost.

In the series, Olly is largely off screen, a quick explanation for who’s filming when Colin isn’t holding the camera. Olly came about because I knew we’d be doing a road trip episode, and that we’d have a fairly wide shot of the car. I’d need somewhere to hide so I could direct, so why not in plane sight? I don’t particularly like being on camera, so I decided a mute ghost under a blank sheet would work out well. And it did, until we had to drive through the scorching Queensland sun. Even with air conditioning, the suit was suffocating. But at least I only had to wear it occasionally – poor Sam needed to be in his heavy werewolf outfit through long days and nights.

Again, because of our limited resources, our costumes were a mix of modified outfits and designs completely made from scratch. I taught myself some basic sewing to bring the layers of Olly’s costume together (the white sheet proved a little too translucent, so it needed layers of white and black fabric to hide my shape). For Colin, I found a costume online that I then proceeded to cut apart and re-stitch so that we could combine the outfit with a variety of other looks Colin would need through out the series. The remaining costumes were a similar mix of pre-made and re-worked designs. For the witch in episode 2, and the pixies in episode 4, we brought on fantastic, professional make-up artists to bring them to life.

Most of the episodes are now wrapped and online, with a little work left to go on the finale. It’s been a great experience putting the series together, and one filled with a lot of lessons. Writing and directing in the vlogging format brought with it a new set of challenges and rules that we had to learn as we went along. Jokes that seemed like they worked in the script just did not work within a vlog format, while other moments were completely enhanced by the style. The scripts had a lot more emotional monologues to the camera, but in the end, small looks from Colin, combined with harsh jump cuts, did more to sell the emotion then pages of dialogue.

The results aren’t perfect – because of the quick turnaround, the edits aren’t always as tight as I would like, and the tone takes a little while to find its feet – but I made it as a love letter to Halloween and fantasy characters in general, and I hope that it works for other people with a similar passion. Most of all, I’m really happy with the surprises we discovered along the way: each of the actors brought something fun and new to their roles that really elevated their characters in strange and unexpected ways. The series is all the richer for their talent and contributions.

In the end, I’m just happy to have found a way to participate in Halloween, and can’t wait to find a way to do it all again next year.