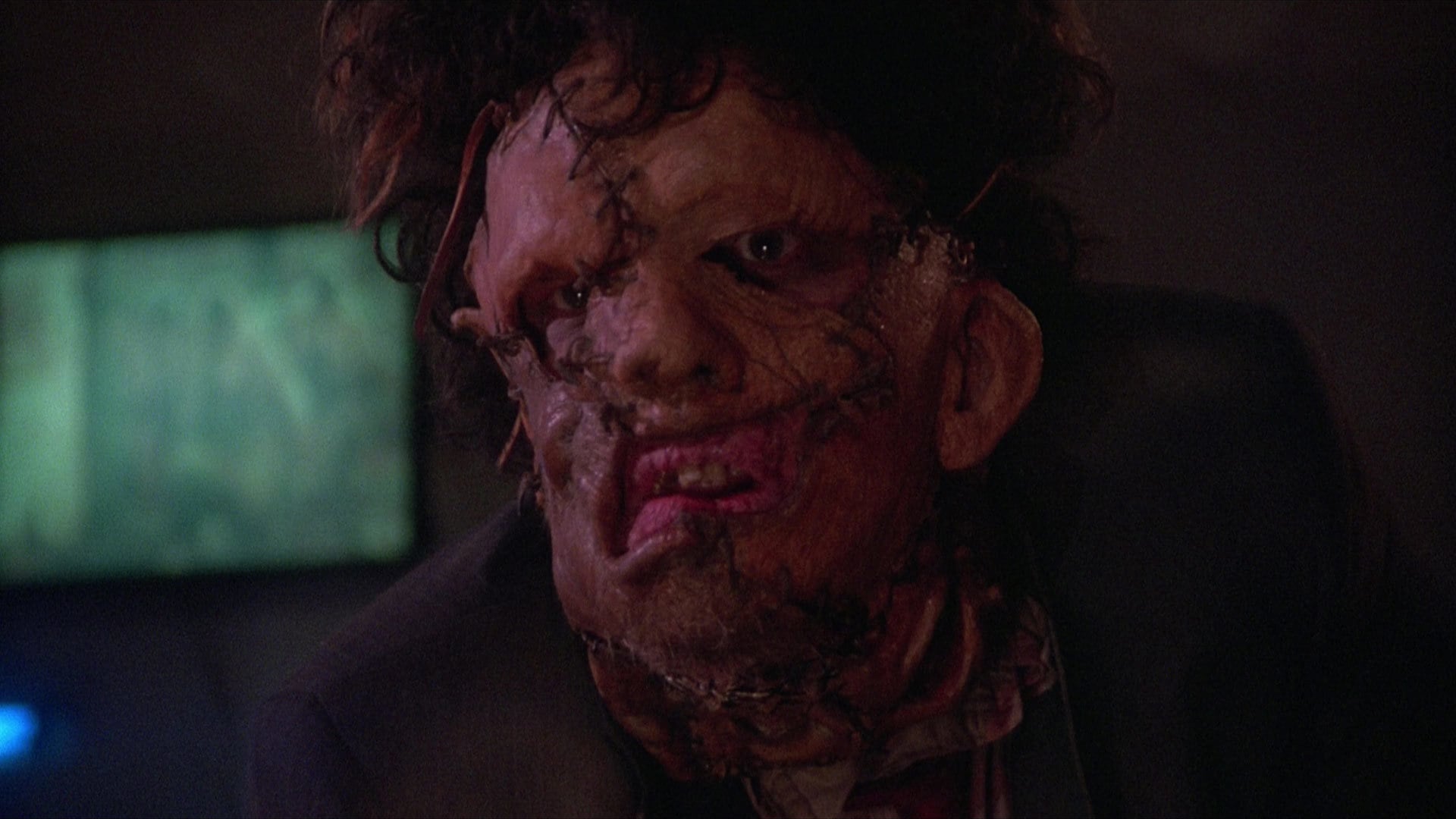 Texas Chainsaw Massacre 2. The year was 1986, and it was coming. My first indication of it was not Fangoria, surprisingly enough. I used to devour each issue as it came out, but for some reason the only store near me that carried it was getting shorted its copies or not getting it at all, so I had huge gaps in my collection, which meant I missed the initial coverage of the film. No, my first inkling that a sequel existed was actually a large poster for it under the words “Coming Soon” at my local cinema. It was the poster that aped the The Breakfast Club poster, and I have to say it mesmerized me.

I was 15 when I saw that poster. To say I had mixed feelings was a bit of an understatement. I already was not a huge fan of sequels, and to me the original Texas Chainsaw Massacre was sacrosanct. The original did not need a sequel. A sequel would only ruin what came before it … or would it? I was intrigued enough to know that regardless of what I thought, I had to see it. What kind of fan would I be if I didn’t?

The poster disappeared from the theater after a few weeks, which was not unusual. Something else went up in its place, and by now Fangoria was back on schedule at the bookstore so I had a release date. More importantly, the magazine’s coverage of the film made it look like something I needed to see. The pictures published made the film look like a Hollywood production, so I imagined that realistic vibe from the original was gone, but what I was looking at appeared to be utterly insane. When the date of its release arrived, I was all over my local newspaper looking for a showtime that my friends and I could attend.

Not a single local theater was showing it. And they weren’t showing it the next week, either. Or the week after that. Or the week after that. I had to eventually face the facts. It was not going to show anywhere near me, and I would be unable to get anyone to drive me to a theater out of the area. My parents loved me, but they did not love me that much. The only option was to wait for it to come to cable or video, and that meant quite a wait in those days.

Months went by, but the movie stuck in my head. I absolutely could not wait to see the insanity transpire on screen. Would it be better than the original? Not very likely. Would you be as good? Also not likely. So what was I expecting? I had no idea, but I was soon to find out because my local video store got a copy of it the day of its home video release, and that meant I got a copy of it that day, too. I was about to reacquaint myself with Leatherface and his clan, and I could not be happier.