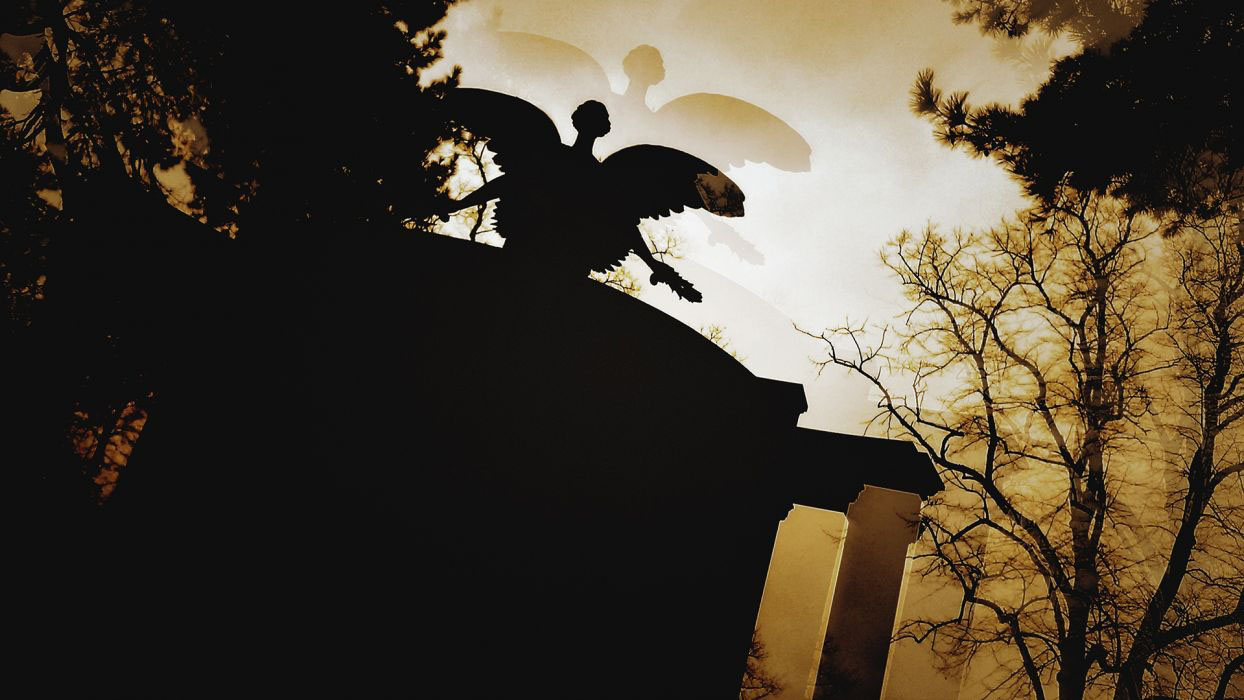 Chapter I
Joe Chaney is Dead

It was a waterlogged afternoon in the bantamweight town of Arden Hurst, Virginia, and a mournful multitude stooped over a hole in the ground, slowly filling with tears for Joe Chaney. It was a slapdash funeral in the slanted rain. Joe was dead that winter from a silent heart attack that grew into a myocardial meltdown.

Before Mr. Chaney passed away, he gave the following request in his last will and testament:

“After I finally kick the bucket, please inform my wife that she is a lying and treacherous whore! She can live in my house and inherit my wealth only if she lives there for three years.“

An additional line was added at the end of the will that stated Joe requested to be buried in a mausoleum in his garden.

Most of the huddled group of 24 people that gathered in the cemetery regretted Joe’s death. Joe was as clean as a church pew, at least in public. After the funeral services were almost finished, the rector Mr. Leche said, “My friends, I will now gratify the last wishes of the deceased.” He then proceeded to play to the group of mourners a slideshow of photos of Mrs. Chaney having sex with another man. Soon the retinue of mourners grew impatient with this surprise showcase of adultery and instruments of fetish and flesh playing before them.

Elisabeth’s cheeks were the color of two red giant suns about to engulf the satellites around her. Soon she came up with a frightened face, knocked over the projector, and yelled, “Fuck all of you!” Elisabeth’s next thought jettisoned out of her body and floated out of her mind as she trudged across the cemetery.

The clock hands on the Chaney family grandfather clock pointed up as though a bank robbery was in progress. The doorbell of the Chaney mansion rang in bold and resonant chimes, and the servant trotted to the door with a husky huff, finding a middle-aged man, with black hair, and push-broom whiskers. A Mr. Richard Bell asked to see the widow Elisabeth Chaney. Upon arriving in her presence he whispered in her ear and grabbed the side of her blouse to pull her close, “Elisabeth, let me get your mind off today’s shitshow.”

They peeled off each other’s clothes to reveal firm and cold flesh. A whorl of legs, hands, breasts, and lips passed through the main bedroom and onto the balcony that overlooked the garden. A darkened mausoleum that would hold Mr. Chaney’s cold body stood in the darkness as silent as a choked whisper on the wind. It watched in stoned silence.

It was 11 o’clock in the morning a year later when the telephone rang furiously at the Chaney residence and Elisabeth picked it up with a sigh. She had grown accustomed to immediately dropping the handset back into place after realizing it was yet another call meant for Mr. Chaney. The message was different today and started with heavy breathing that entered her ears like the sharpened end of an icicle. “Are you enjoying your new life alone, Sweet Tea?”

It was that treacly pet name that Joe had globbed onto Elisabeth like some SPF 100 suntan lotion during one of their summer vacations to Virginia Beach a couple years ago. Elisabeth glanced outside at the mausoleum hunched over the grass and it stared back at her with its tusks of marble and metal. Steam in the morning light swirled off the metal sigil near the roof.

The bronzed symbol stamped into the face of the crypt was a hand holding Elisabeth’s favorite flower, a daisy. The goddess of love, beauty and fertility thumbed its nose at Elisabeth. She lingered over that name again. The mausoleum watched the unholy phone conversation from the rain-spotted window to the kitchen downstairs. Elisabeth ended the torture by slamming the phone down.

Chapter IV
A Baby for the Balders

Now let’s return to the Chaney Mansion almost three years later. Mr. Richard Balder was somewhat taken aback by Elisabeth’s wounded reaction to the news that she was pregnant. Her brow curdled with the news as she drooped out of the bathroom. Richard had sparked up an affair with Elisabeth during her marriage to the late Mr. Chaney. It will be three years since Joe’s death next month. “Don’t feel so bad, Elisabeth. Your husband never gave you a child or enough attention. He was as lifeless of a lover then as he is now in that damn mausoleum. We should tear it down.”

Chapter V
The Mark of the Mausoleum

Now let us return to the mausoleum at nightfall. After Elisabeth had some tea she could calm her nerves from earlier in the day and start planning her exit with Richard next month. She awoke in the middle of the night and heard an unsettling thud outside coming from the mausoleum. It sounded like the chains barring the doors to hell just unlocked. The sigil on top of the marble menace glowed a green-white like a witch’s tooth. The metal gate started to open like a fresh wound and out stepped Joe Chaney.

“It’s been almost three years, Sweet Tea.” He coughed up the words like mites of dust from a disturbed mummy’s tomb. His body had decomposed for sure. It had a shiny corpse wax look on his face formed by the chemical changes of the fatty tissue congealing into a firm and putrefied form. “Three months and we are now finally three like we always wanted,” Joe pointed towards Elisbeth’s ripening belly in the moonlight.

He leapt from his resting place to take her hand in marriage for all eternity, revealing Mr. Balder’s flattened head and a pool of blood. “I will take off your hand in marriage,” he said. “We’ll name the child Daisy. You always liked that flower.“