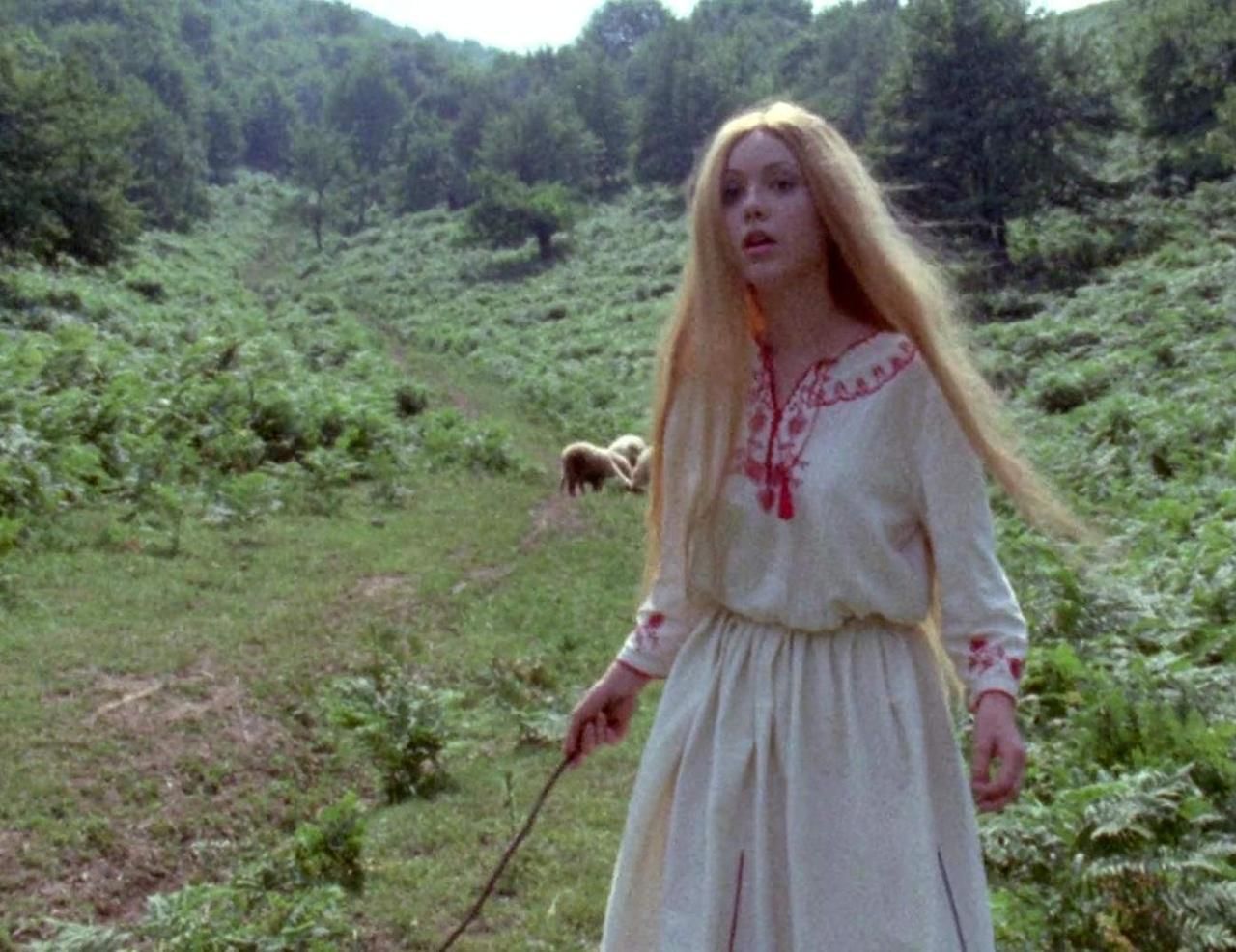 Once the air starts to chill and the leaves change color, there’s only one sub-genre of scary movies on my mind: folk horror. Few film genres are more autumnal than those dedicated to the natural world’s dark side, full of woods with supernatural secrets and nearby towns trying to hide them.

While the genre became known through the English films of the ’60s and ’70s, it has been a part of horror since the silent era, with examples in every country that have made a genre picture. The British staples of the genre like The Witchmaster General, The Blood on Satan’s Claws, and The Wicker Man are all great films and emblematic of many tropes/themes found in folk horror, but they are all fairly well-known and much talked about. For this article, I wanted to look at some folk horror films from around the world, especially ones with a specific sense of place, so crucial for the sub-genre.

A recent discovery to me in this world of the old and wyrd is Leptirica, a Yugoslavian film from the early ’70s. With a tight runtime of barely over an hour, the film is a quick little fairy tale of fear. A local mill is infested by a fur-faced vampire who turns into a butterfly, a perfectly oddball horror villain. In classic folk story form, a young man is interested in marrying a young girl in the village, but her father rebuffs him, saying he doesn’t believe the youngster can provide for his daughter.

To prove himself, the young man promises to restore the mill to its usual production level, stopped short after the last miller was consumed by the vampire. The film plays out perhaps predictably in some ways, but it uses its traditional tropes well, creating a magical world that feels dangerously surreal. With a creature that’s equal parts werewolf, vampire, and butterfly demon, Leptirica has plenty of originality to offer within a familiar structure.

Onibaba, on the other hand, is anything but familiar. Transporting us from the woods of Yugoslavia to the wind-swept fields of Japan, director Kaneto Shindo’s film is hauntingly fantastical.

A mother and her daughter-in-law inhabit a home inside the windy area, full of sinkholes and grass tall enough to hide some bodies. They’re waiting for their son/husband to return from war, and the duo survives until then by killing samurais who attempt to cross their patch of grass so as to sell their weapons and armor. They learn from a neighbor returning from battle that their third family member has been slain, and in a fit of despair, both women attempt to seduce their neighbor to maintain their status in life. When the former daughter-in-law succeeds, the mother becomes violently jealous and begins tormenting the new couple with a mask she took off one of their killed samurai.

While the mask is perhaps the most famous imagery from the film (and it is truly a creepy one, especially as the plot goes on and it becomes impossible to remove), what I remember first and foremost is the wind. It flicks through the grass in the film as quickly and violently as a blade through someone’s skin, creating a constant state of chaos around this stretch of nature.

A friend of mine has an outside movie screen, and we watched Onibaba once on a particularly windy night. The actual wind coursed through the sheet we projected the film onto, mirroring the movements on screen as the natural world tried to rip itself and these people apart. That’s what folk horror is all about for me, these moments where it seems like the natural world must exert itself onto humanity to protect it from their evil ways.

In my final pick, humanity attempts to exert itself back onto the natural world. The Blair Witch Project is a film that remains controversial in horror circles, with many debating on whether or not it is simply scary. To me, it’s terrifying, very in touch with the reality of getting lost in the woods and frustrated with the people who brought you there.

While preparing for this article, I found myself compelled to watch two different versions of the film: the high-definition cut, more readily available to the public through streaming websites and a Blu-ray release, and the original, rougher, VHS-quality cut. I’d only seen the former before and found it creepy and haunting, though perhaps not as scary as many who watched it in 1999 said.

It’s hard to transport yourself to an era where the internet was freshly emerging and the line between fact and fiction could be blurred with less immediate investigation. The VHS cut, on the other hand, is much more similar to the original presentation of the film. It really feels like something you could’ve found accidentally on what you thought was a blank tape at a flea market, like something you’re not supposed to be seeing.

This, in many ways, makes the film the platonic ideal folk horror. It forces the viewer to stare into murky woods, scoring the dark corners for hints of a witchy presence. It turns the viewer into a horror protagonist, seeking out the dark secrets of this cursed rural wilderness. And it wants you to think about the relationship between legends and the natural world, that perhaps these stories that can feel so fanciful offer us warnings about how to protect ourselves.

Our leads don’t heed these warnings, of course. They’re a trio of college film students, out to conquer the world on their own terms, unwilling to listen to the many warnings of the local townspeople that make up the first segment of the film. That’s something key to the folk horror genre, this idea that perhaps you’d be better off if you simply left these sorts of things alone. In these movies, there are things simply not for people to understand, and the horror really comes from those who refuse to acknowledge this, blundering headfirst into pit traps or desolate houses.

Growing up in and out of New England forests, I have to agree. Sometimes it’s better to leave the weird thing in the woods alone.