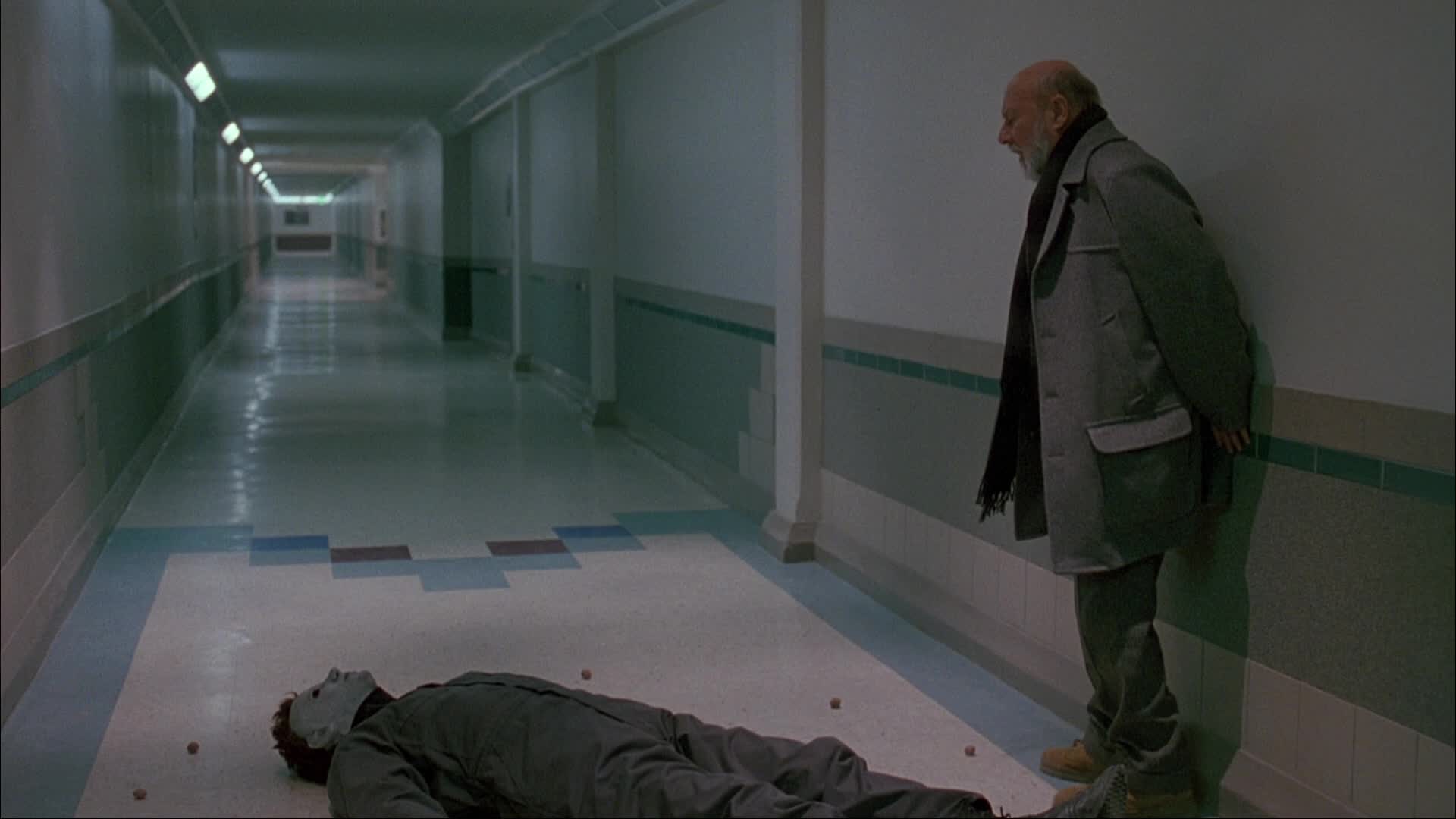 If you follow HL, you no doubt know that I’ve been excited for this release for a very long time.

Let’s start with one word, wow.

I’m not a very knowledgeable audio and video geek (to the point of really being able to talk about quality transfers, film grain, and deep blacks, etc. in technical terms) so I’ll just say generally, the picture and sound are excellent.

It was truly a proper movie-viewing experience. This cut (that’s much closer to the original vision) has been in bootleg hell for almost 20 years. While I have seen the bootleg, it being such an awful copy that it’s hard to truly watch and listen to it outside of it feeling like watching some long-lost deleted scenes digitized from an old degraded VHS, and not much more.

So, until now, I never really paid attention to any nuances and other details. With this official release, along with new special features, interviews, and a commentary track, I learned some interesting bits (most of which I’m sure the uber-geeks were already aware):

We get a lot more inside information (confirmation) now as to what really happened as opposed to the many rumors and online speculation that has been floating around for years.

One of the most common misconceptions over the years I think has been that the footage was gone or destroyed and that it would never be possible for a proper release. That one was obviously immediately squashed when we very first heard it announced that it was being officially released.

The next bit has been speculated quite a bit as well, what exactly was the original vision? Well, it turns out that not even the Producer’s Cut is really all that close to Daniel Farrand‘s original script and vision. However, it is widely considered to be the superior cut of the film and I would agree.

The problem, as reiterated over and over through interviews and the commentary, is your classic “too many cooks in the kitchen” scenario. Instead of writer, director, the producers, and the studio all getting aligned on one cohesive vision and game plan, they all had different ideas on where the movie should go, most wildly differing was Miramax Films‘ opinions on what the movie needed.

The original cut of the film, now known as the Producer’s Cut (because the producers Moustapha Akkad [the “Godfather” of Halloween] and son Malek Akkad) did their best to preserve and protect the original intent and tone of the film against the explicit instructions of the studio (which later resulted in legal issues).

This original cut had a much more old school tone, classic soundtrack, slower pacing, and more Hitchcockian style kills for more terror and suspense, and especially, it more deeply delved into the curse of Thorn the druid rune, backstory, and other mythical and gothic elements, tie-ins, and explanations of the “man in black” from the end of part 5.

After running test screenings of the movie for younger audiences, Miramax received a lot of negative feedback about the movie being, you guessed it, too boring, not enough action and blood and guts. At this point begins the biggest downfall of the movie being fragmented into the eventual theatrical cut that became more of a Friday the 13th film, than a Halloween film.

Admittedly, I also quite like the theatrical cut, although it makes absolutely no sense whatsoever. The re-shoots and edits they made consisted of speeding up the pace, tone, and violence. In a nutshell, more action-packed for mainstream audiences.

Miramax basically Hollywoodized the film, adding guitar riffs and drums, more over-the-top atmospheric effects, killing off Jamie Lloyd (the main character from parts 4 and 5) much quicker, cutting out or changing a lot of the cult and curse stuff (to the point of complete confusion), and basically redoing or adding to, all the death scenes to make them much gorier as well as completely redoing the entire ending of the movie which added something like a dozen more death scenes.

The oddest change was probably the replacement of the cult and curse stuff with some sort of genetic experiment scheme to try and harvest Michael’s “power”. All of this was topped off of course with the rock single “And Fools Shine On” by Brother Cane to make the film more hip for younger audiences. The list goes on.

It’s a fun film, but a complete bastardization of the mythology in the original script that was beginning to take shape (no pun intended) and turned it into a plot that was just rushed and convoluted and meaningless.

2. Danielle Harris was In-talks to Reprise Her Role as Jamie Lloyd

From the sounds of it, the way she tells the story, whoever was in charge of communicating with her for casting, from day one, had absolutely no interest in her returning other than she looked the part so it might be convenient. In other words, to say they couldn’t care less if they had her or someone that looked like her, cause they weren’t going to pay her any more than they would some unknown actress.

So, despite the common rumor that she wouldn’t come back because she was too greedy, money was only one side of the issue. For the most part, she felt pretty disrespected, unwanted, and things fell through.

3. Michael was the Father of the Baby?!

Like I said, I have seen the bootleg, but it was such poor quality it was quite a disjointed experience. Only now, with such great detail, did I truly see and hear this cut of the film, basically for the first time.

Indeed (despite Farrand’s original script’s intention of making the subtext of the origin of the impregnation being something closer to Rosemary’s Baby), it’s made pretty clear in the Producer’s Cut that Michael ceremoniously raped his niece and impregnated her.

4. The Story was Originally so Grand it was going to be Made into Two Sequels

Obviously, that idea quickly fell apart when trouble ensued during the making of the first sequel. H20, at one point was even considering keeping the continuity intact and making a connection with part 6, but instead they ultimately decided to wipe the slate clean.

5. There was a Donald Pleasence Double Onset During Re-shoots

After Donald Pleasence died during making the film, they had a double of him onset during the re-shoots who apparently looked just like him. Whether he was actually used in any of the shots isn’t made clear.

I’m bound to have forgotten or missed some other fun little factoids, but those are the ones that stood out for me. What are some great facts or anecdotes you’ve learned with this new box set?

If you haven’t got yourself a copy yet, what are you waiting for? Pick it up now! I’m excited to start digging into the other discs and see what I discover.