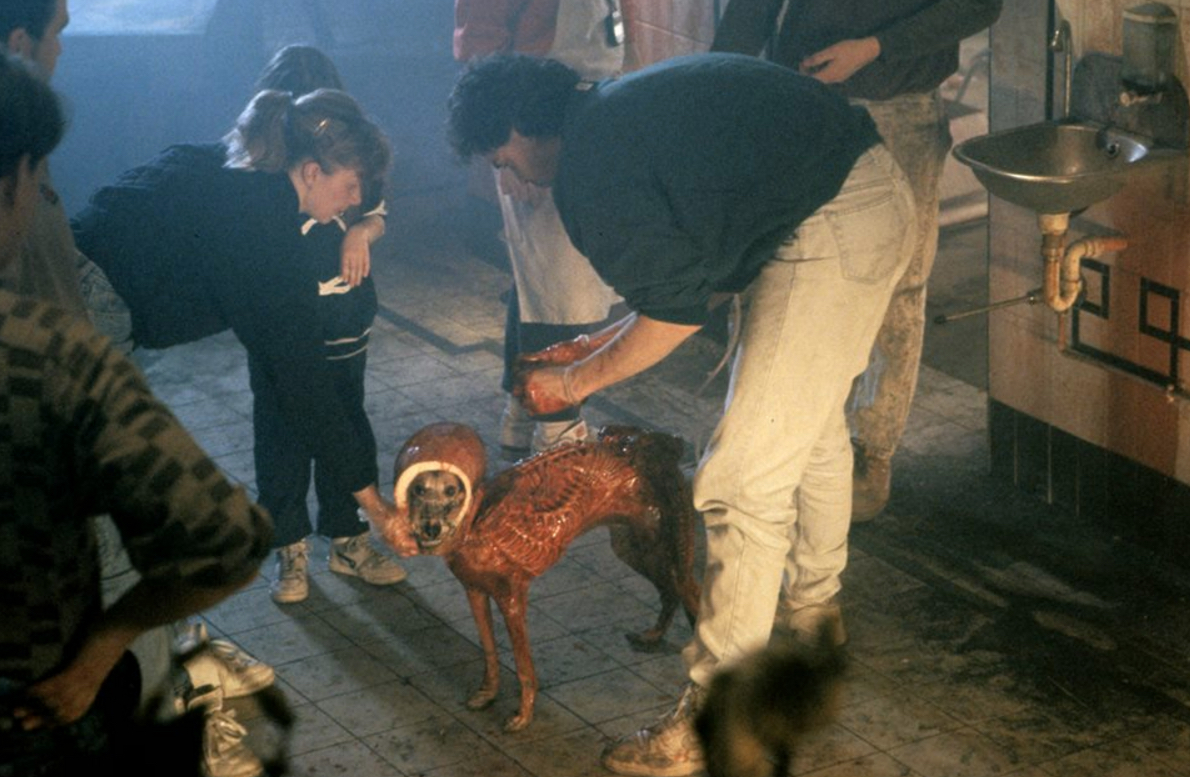 It’s well documented that David Fincher’s Alien 3 was a seriously troubled production from start to finish and beyond. The script was a constantly changing mash-up of ideas that had come from multiple writers. Fincher wearily fought with executives over the budget and filming schedule most days. And the effects team were challenged with producing a new type of Alien that no-longer had a humanoid body shape and style of movement.

The ‘Runner’ Alien was born from a Dog OR an Ox (depending on which version of the movie you watch), and as such it inherited physical characteristics from the host DNA, which basically means it ran and moved on all fours, most of the time. It was important to establish this new look for the monster quickly, so Fincher wanted a shot of the Alien swiftly running away into the depths of the prison seconds after its messy birth. In the original theatrical version of the film an impressive puppet was used to show the Runner shivering on its wobbly legs, but we then only HEAR it running away. In the more recent Assembly Cut edition it was possible to insert a CGI model of the little beast, which looks great, but back in 1992 this shot was a problem with no easy solution.

Obviously Alien 3 does indeed have some CGI work within it, but anyone who knows the film will be very aware that it mostly looks weak and unnatural. I can only imagine how bad an early 90s CGI baby Runner would have looked as it sprinted away covered in blood and guts. So… like any top quality effects team would do in this situation, they explored every possible option, INCLUDING building a suit for an actual dog! In this case a Whippet. 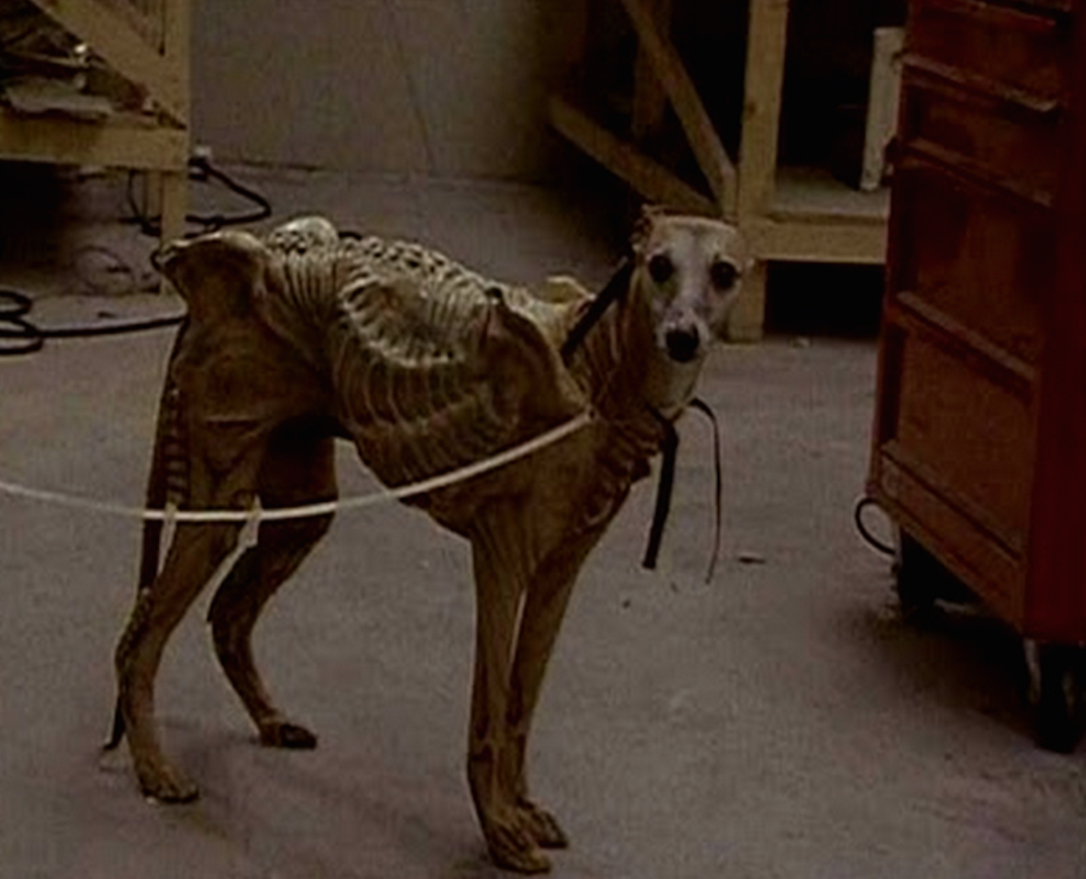 Whippets are very slender dogs, which would have been a perfect choice to place under a rubber suit. They are also gentle, quiet and not prone to barking, which would have also been useful on set. There aren’t many pictures of this plan in action out there, but the ones that have surfaced reveal it was one of the more crazy ideas in the history of cinema. That’s a seriously cute dog, but I think it’s contemplating killing everyone involved, after a long hot shower!

When the dog moved in full costume it basically just scuttled along quite happily in an adorable kind of way, probably heading toward a bowl of dog food off camera. Menacing it was not. The idea was abandoned, and the pooch returned to normal life, blissfully unaware he or she almost found Hollywood stardom!