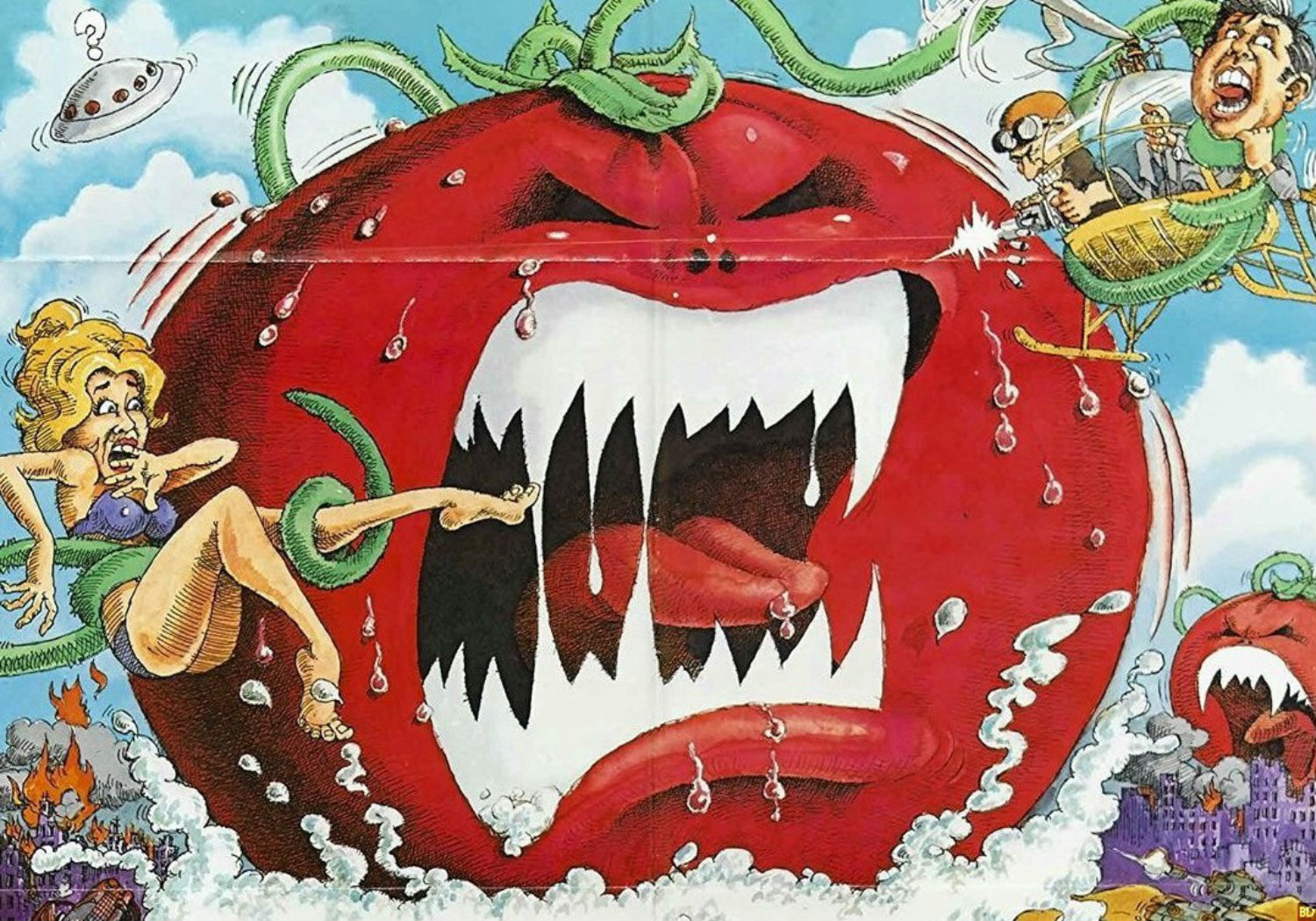 For decades now, horror filmmakers have been warning audiences that the inanimate objects around us may just come to life someday and try to kill us. Common items we see every day — our vehicles, our household appliances, even our food — it’s all coming to get us eventually, so we’d better be ready.

This basic theme, it should be noted, can be handled with wildly varying levels of seriousness. A lot depends on the particular object being depicted as murderous and how inherently threatening that object is. For instance, as far as the average viewer is concerned, a car is a much more plausible threat than a tomato. Therefore, The Car (1977) is a straight horror movie, while Attack of the Killer Tomatoes (1978) is purely a comedy.

Filmmakers have seemingly been competing among themselves to devise more and more ridiculous things to turn into cinematic killers. We’ve had films exploring the homicidal urges of tires, beds, elevators, condoms, turds, socks, laundry folding machines, refrigerators, etc. Heck, that last one has been done at least twice! And we haven’t even gotten to the toys, dolls, puppets, mannequins, and ventriloquist dummies. They’re a whole category unto themselves!

Back in 2015, in an episode called “Peternormal Activity,” Family Guy did a story about a killer bar of soap, and it wasn’t really any more far-fetched than some actual horror movies! Same goes for American Dad and its killer hot tub from the 2011 episode “Hot Water.” That’s how weird things have gotten.

Is there anything still to do in this field? Any avenues left unexplored? For the next generation of horror filmmakers, I certainly hope so. I wouldn’t want to see the “killer objects” sub-genre disappear altogether. In that spirit, I present some ideas that have not — as far as I know — been done already.