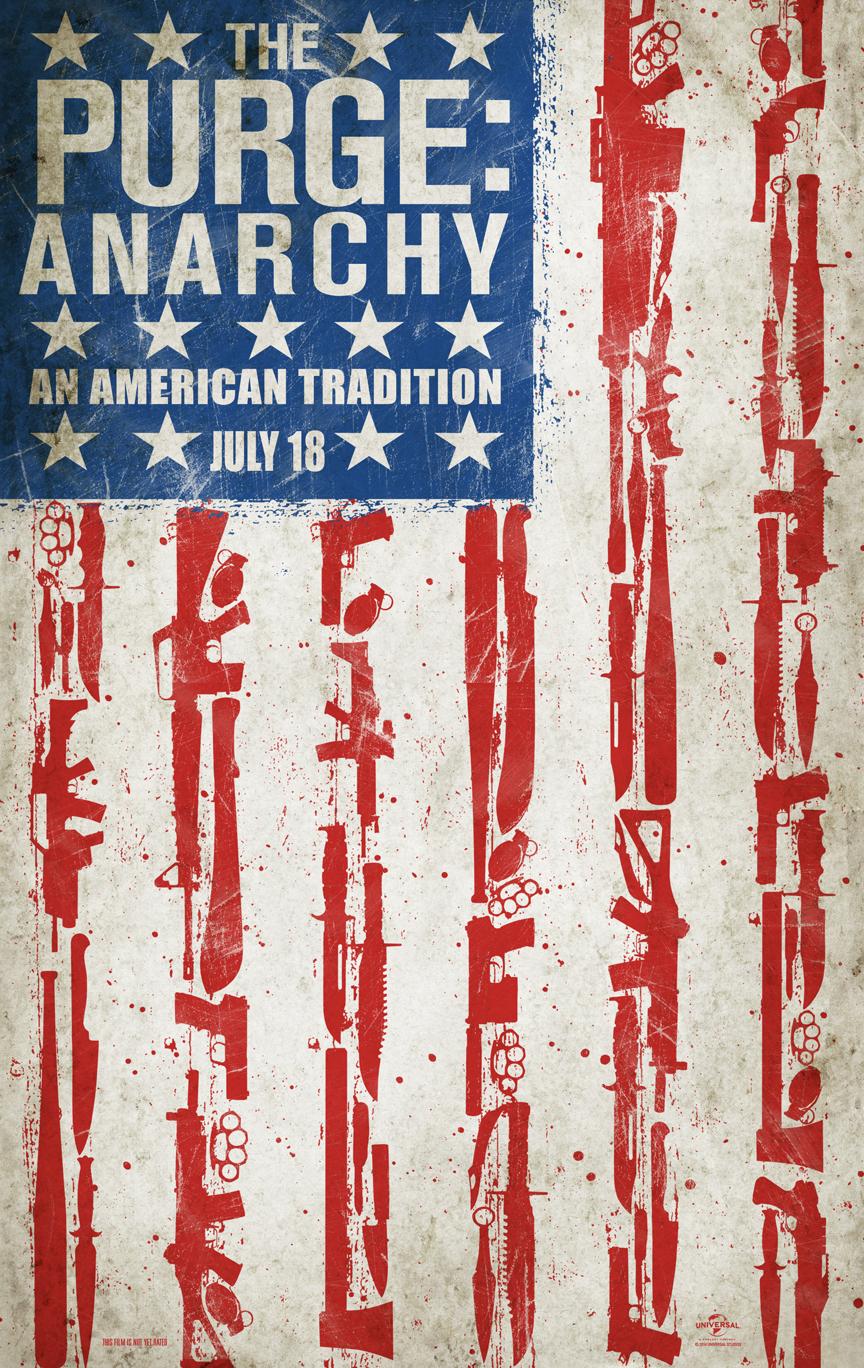 Looking back, it seems that The Purge was almost destined to be a disappointment to horror fans, who surely went into it under the somewhat false pretense that absolutely all hell was going to break loose, and that dozens of bodies would be hitting the floor.

The reason for this is of course the futuristic concept, where all crime – up to and including murder – is made legal for 12 hours out of every year, in an effort to reduce the overall annual crime rate. A brilliant concept, for sure, but one that ultimately served as the backdrop for a fairly generic home invasion film, with a family being tormented by masked marauders, on Purge night.

While I agree that The Purge didn’t quite live up to the concept, the fact remains that I really enjoyed the movie, and found it to be a really solid home invasion flick. My favorite thing about the movie, however, was the way it doubled as a social commentary, and used the creative concept to really raise some interesting questions about our society, particularly the way that we allow for the law to dictate what we should and shouldn’t be doing – rather than common sense and human decency.

That point was really hit home at the end of the film, when Mary Sandin had the opportunity to kill the people who tried to wipe out her whole family, and by all means was justified in doing so, but instead let them walk away unscathed. For me, that’s when the brilliance of the concept really showed itself, serving as a reminder that just because the government tells us it’s okay to do something, that doesn’t mean that we should be doing it.

Do most of us not do bad things only because they’re illegal? And if murder was legalized, for 12 hours, would all of our towns truly become bloody war zones? These are the questions The Purge left me pondering, and I found it be as effective a think piece as it was a home invasion film.

Did it live up to the concept? Not exactly. But it was perhaps the perfect introduction to that concept, paving the way for complete societal anarchy…

Set for release on July 18th is The Purge: Anarchy, a sequel that is a direct product of the box office success of last year’s film. Taking the action outside of the home and into the streets, the sequel looks to be the film that most fans were hoping The Purge was going to be, amping up the action and showing the true scope of the titular night of terror.

As the trailers have suggested, The Purge: Anarchy is set to live up to its title, by focusing on the stories of several characters, as they either do bad things or avoid having bad things done to them, on Purge night. The link between those stories is a man played by actor Frank Grillo, who becomes compelled to save a mother and daughter who are kidnapped from their home, as well as a young couple whose car breaks down, leaving them stranded on the worst night of the year to be stranded.

Perhaps the most interesting aspect of the sequel is the reason why Grillo’s character is out and about on Purge night, rather than locked up in his home; he’s hellbent on exacting revenge on the man who killed his son, and he sees The Purge as the perfect means to do so. It is this exploration of a far different facet of the penalty-free night that has me most excited about Anarchy. While the first film was all about killing for pleasure, this one’s about killing with a purpose, which adds an interesting new layer to the proceedings.

And what the hell is up with that bidding war, at the end of the trailer?! Business is picking up, to say the least!

In retrospect, I think it was a brilliant idea that the first film was so restrained and confined, because it left a whole lot of room for expansion, rather than the filmmakers blowing their proverbial wad all at once. The Purge effectively set the stage for much more carnage to come, and I applaud the decision to think bigger with the sequel, rather than continuing the story of the Sandin family. The concept lends itself to huge franchise potential, and I can only hope that the sequel does well at the box office, so we can see even more facets of that concept explored in the future.

Bottom line; The Purge : Anarchy looks to be a sequel that will go places its predecessor only hinted at, and that’s something to be excited about, whether you loved The Purge or thought it was nothing more than a mediocre home invasion film.

What say you? Comment below with your thoughts on The Purge, and the impending sequel!