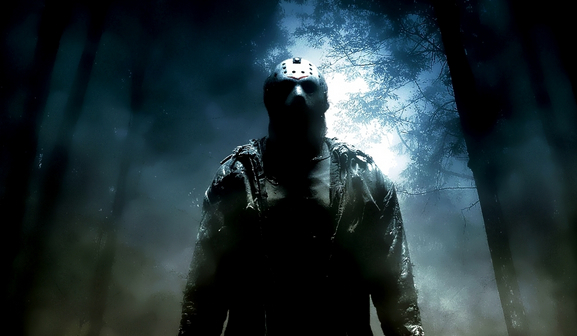 If you’ve been following my posts here on Halloween Love over the last couple of months you will have probably noticed I’m a bit of a Friday The 13th nut. I love Freddy and Michael as much as the next guy but when it comes to the Horror Icons Jason is my main man.

Over the years I’ve spoken to many Friday The 13th fans online and in person and one question that always comes up is “Which are your favourite parts”. It’s a question I normally dodge if I can because I love them all as a group. It’s like having twelve children … some of them will be better behaved and more intelligent than others and a couple of them will make your life a misery but you love them anyway.

Never one to shy away from a challenge I have spent several hours deliberating this list and have changed my mind on positions more times than you would believe, but I think I’ve finally got them all in an order that I’m happy with. The top and bottom positions were easy, it’s everything in-between that kept getting shuffled around and causing me a headache.

So here it is, for my buddy Dan and the whole world I present all the Friday The 13th movies in my order of preference. I’ll start with my least favourite and work down to my most loved at the bottom. I applaud them for trying something different with this the 9th instalment of the series but the end result is very choppy and disappointing. Like many of the later movies budget restraints would mean original visions and grand ideas often got diluted along the way and what started out as an interesting concept just ended up looking comical.

The opening scene is excellent and some of the cast do well with what they have to work with (especially John D. LeMay and Steven Williams) but it’s the Friday I find hardest to motivate myself to watch, so it has to take last place I’m afraid. 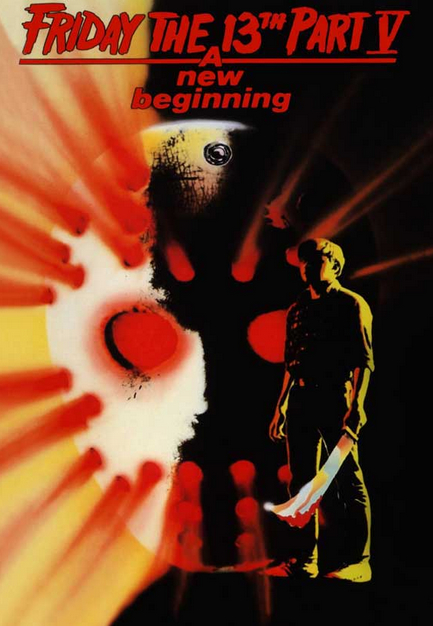 Another case of the producers trying something new but ultimately failing. It’s a solid enough slasher movie and the Roy Burns, fake Jason looks fairly good when on screen but it just feels totally detached from the rest of the series now due to everything reverting back to normal service with Part 6. 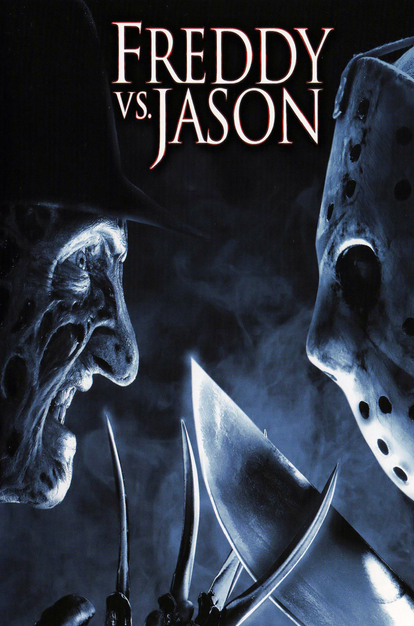 A polished, well made movie but for reasons I find hard to explain it just didn’t do it for me … at all. I’m not keen on how Jason was portrayed or how he looked visually and both characters seem to suffer because of having to share the screen time. It could have been a disaster and I’m very happy that it wasn’t but personally it’s not a favourite.

Its box office takings were impressive with only Scream 1-3 earning more in the slasher horror genre but despite this it is probably the last time we will see both characters in their original forms due to the modern remakes that followed a few years later. 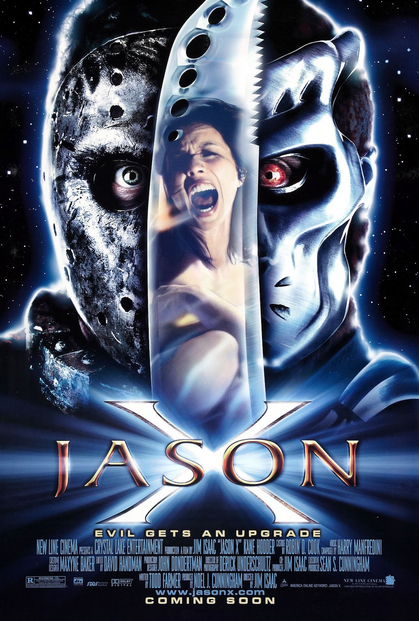 After Jason Goes To Hell I feared what would come next but Jason X pleasantly surprised me. It’s aged terribly in the years since it was released and once Uber-Jason appears things go a bit crazy but there are a few cool deaths to be found and some of the characters are surprisingly good.

The concept is of course insane and if we’re honest it is without question the movie that finally sent the franchise hurtling off the rails (it had the lowest domestic box office takings of any Friday movie) … that said, I still can’t help but like it! 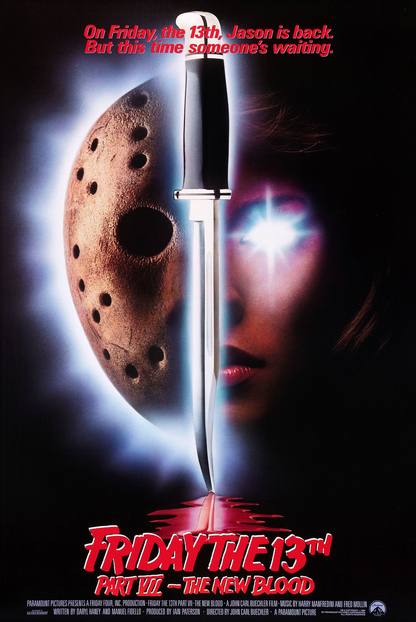 Part 7 is the first of two guilty pleasure entries in the list and in this case it’s simply because this movie contains my favourite Jason of them all. Kane Hodder was still finding his feet in terms of how he would eventually get Jason to move and act but visually what they created was incredible. Many say it’s the “definitive Jason” and I totally agree.

The story itself is another example of interesting ideas being hampered by low budgets and the end result is a Friday movie that just gives you what you would expect with a small twist thrown in, making the climax a little more destructive and impressive than normal. 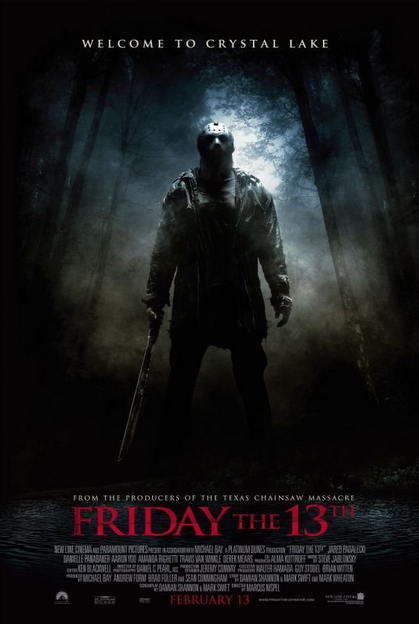 Compared to some of the truly terrible remakes we have had to endure in recent years this up to date retelling of the Crystal Lake legend is actually not bad at all. They couldn’t resist making Jason a little more ‘energetic’ than we are used to but it was cool to see him return to his more human roots and he looked impressive once the mask went on.

Director Marcus Nispel included just enough changes to make it feel fresh but still familiar and as such the end result is effective and surprisingly watchable. 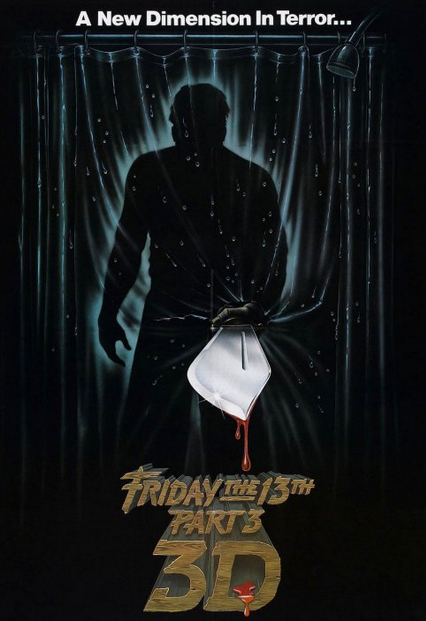 If you can live with the gratuitous 3D effects ‘moments’ such as the Yo-Yo going back and forth filling the screen then Part 3 is a confident and memorable entry into the series. It keeps the momentum going that the first two movies built up and actually gives you several characters you WANT to see Jason slaughter horribly.

It is of course the movie where Jason slips on the iconic hockey mask for the first time and for that reason alone it would get a high placing from me. Ok, calm down … How can I possibly rate Part 8 so highly? … honestly, I just really enjoy it.

I mentioned having two guilty pleasures above and this is the second of them. It has an energy and pace that means I can happily watch it whenever I get the chance and despite not reaching New York until toward the end I really like the action onboard the ship which looks ok despite the inevitable low budget.

Kane Hodder had completely made the role his own by this point and every aggressive body movement and little head tilt is just perfect. The casting is unusually strong even for minor victim roles and the end result is a very solid movie in my opinion. 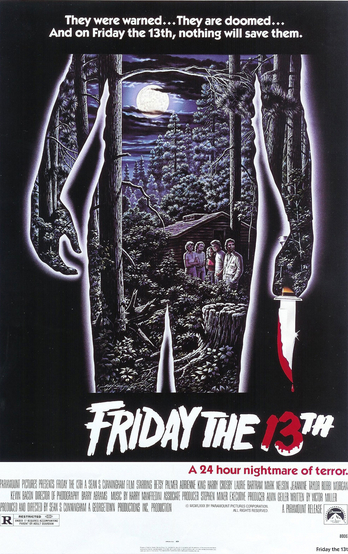 The movie that started it all so of course it was always going to be in the top four. Without this and its success there wouldn’t be a list to make or a character to love.

I personally don’t think it’s a particularly well made film and it doesn’t come close to the likes of the original Halloween or A Nightmare On Elm Street but love it or hate it the fact remains its release was a huge moment in the history of mainstream horror movies. 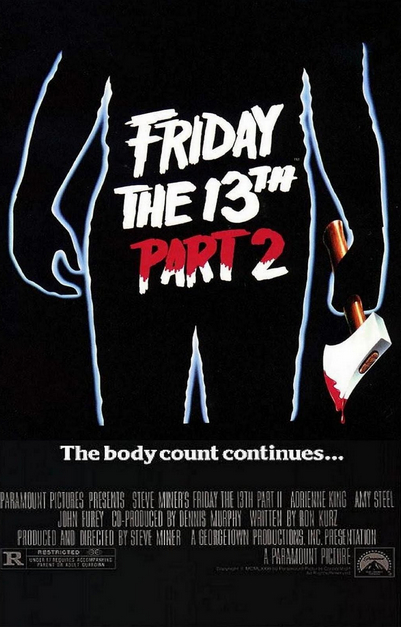 Part 2 marked the arrival of Jason as an unstoppable killer and for a long time was my favourite movie in the early years of the series.

I don’t like the whole ‘bag over the head’ look Jason went with but it included some truly memorable deaths and the scene where Ginny pretends to be Jason’s mother to calm him down is one of my all time favourite moments. 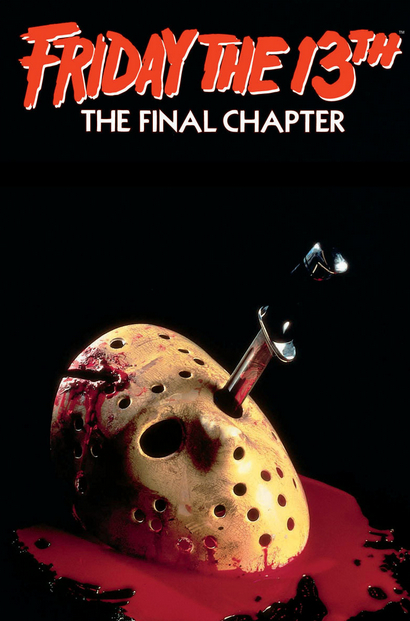 There is a lot to like in Part 4. It pulls together everything that was good about the first 3 movies and creates what seemed at the time a fitting climax to the series and an end to Jason’s murderous rampage. Corey Feldman is very good as the young Tommy Jarvis and of course you get the bonus of experiencing another brilliantly bizarre performance form a young Crispin Glover.

When you think about what you want and expect from a Friday The 13th movie, part 4 ticks just about every box and almost became my number 1 choice … but there is one final movie that we haven’t mentioned yet which I JUST slightly prefer and is ultimately my favourite of them all. There are several reasons why Part 6 gets the nod. First of all it revived Jason as an undead monster which to me just seemed a perfect fit for the character, the production values were bigger and bolder than anything we had seen up to this point and the story just has a very pleasing momentum and energy. You also get some subtle and clever humour that was slightly ahead of its time.

As a complete package Jason Lives is by far the most entertaining and enjoyable of the entire series in my opinion. It feels almost epic by Friday The 13th standards and still looks good all these years later.

Halloween Love has a poll still running here, where you can vote for your favourite Friday and I’d love to hear from you below if you think my placings are way off the mark.

I’ll probably look at this in a few weeks time and want to change a position or two but … for now … my choices have been made.