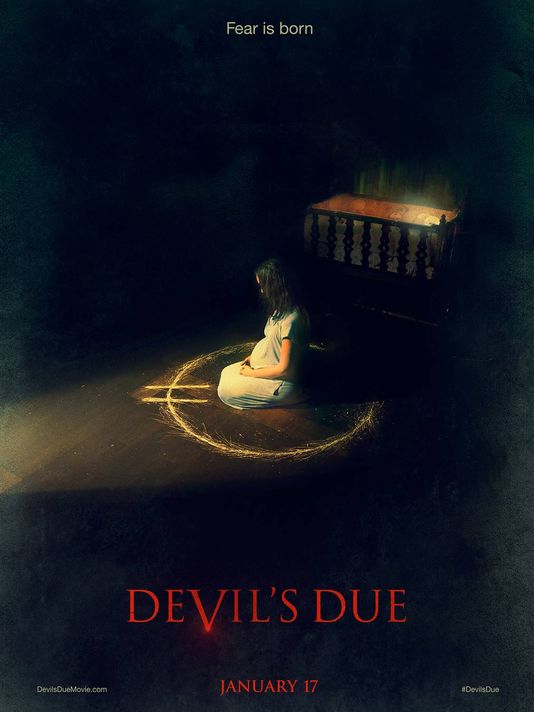 This past weekend saw the theatrical release of the second found footage horror film to hit big screens thus far in 2014; Devil’s Due. Fox’s very first foray into the sub-genre that Paramount has been making a killing with over the course of the last several years, Devil’s Due was largely panned by horror fans and critics alike, and it opened in 7th place at the box office, pulling in a measly $8.5 million.

What does this mean for the future of Hollywood horror? Let’s rub our crystal balls and find out!

In case you haven’t yet figured it out, there’s a simple formula in Hollywood that can be used as a pretty good predictor of the future behavior of the studios that are a part of the system; if it makes money, they’re going to keep doing it. It doesn’t matter whether fans or even critics love or hate the movies – it’s all about the box office profits at the end of the day, and no style of movie has proven more profitable over the years than the found footage movie.

Though it wasn’t the first of its kind, 1999’s Blair Witch Project is no doubt the film that kick-started the trend, showing studios that the gimmick lends itself to massive profits, on incredibly small budgets. Due to the innovative approach of the film, Blair Witch pulled in millions upon millions of dollars, on a budget of far less than a million, and we have it to thank for the 1,001 copycats that have come in its wake. Well, at least partially.

The other film responsible for the studio love affair with found footage is of course Paranormal Activity, which again grossed a whole lot more money that it cost to make. It was Paramount that had the smarts to scoop up the low-budget indie and release it, and the little film that could has gone on to spawn an entire franchise, which has put many more millions into the pockets of the studio’s executives.

Though the most recent installment in the series, The Marked Ones, grossed only $18 million in its opening weekend, far less than the previous installments, it nevertheless can’t be considered anything but a big win for the studio, due to the fact that it only cost $5 million to make. And that right there is why the landscape of the genre is so flooded with shaky cams and handheld POV flicks; even when they’re not huge box office successes, they’re still successes at the box office.

Found footage films are a cheap way to make a whole lot of money, and it is for this reason that I don’t believe the “failure” of Devil’s Due will have any impact on the future of the sub-genre. I put the word failure in quotation marks because it’s hard to really even call it one; despite the fact that it opened in 7th place, and grossed far less than several other recent releases that are very much cut from the same cloth, it has nevertheless already taken in more money than it cost the studio to make. True, the studio heads may not exactly be doing happy dances right about now, but when you add in future home video and On Demand sales, the film is going to turn a fairly decent profit, even if it’s not going to be the smash hit franchise-starter that they surely hoped it would be.

Devil’s Due was Fox’s attempt to cash-in on the success of Paramount’s found footage films – and boy does it show – and though I wouldn’t be surprised if they never tried their hand at one of them again (aka no Devil’s Due 2), I would be very surprised if any of the other studios got cold feet about any future found footage releases, just because Fox failed in their mission. After all, Dimension Films’ Apollo 18 pulled in pretty much the same numbers as Devil’s Due back in 2011, and though they themselves never made another go at it, the failure had little impact on the sub-genre as a whole. I see no reason why the case of Devil’s Due would be any different… unfortunately.

As I sit here typing this right now, Paramount is already hard at work on Paranormal Activity 5, set for release in October, and Platinum Dunes is considering a found footage take on Friday the 13th. Those films right there ensure that found footage isn’t going anywhere anytime soon, and the bottom line here is again that these types of movies make money, which leads me to believe that the end of their existence is quite frankly never going to come. There’s really no way for movies made in this style to not at least break even, and so it doesn’t even matter that us fans are tired of the shaky cams and formulaic executions. Hollywood doesn’t exist for us. It exists for our money.

Those are the facts. As far as opinions go, Devil’s Due was pretty much the straw that broke the camel’s back for me, and at long last totally soured me on the idea of found footage films. Don’t get me wrong, I’ve been tired of them for a long time, but Devil’s Due was as generic and by the numbers as you can get, and it really made me realize that some big changes need to be made, if these types of movies are going to continue. It’s not that I feel found footage is a bad way to tell a story, it’s more an issue that everyone is using the format to tell the exact same story.

Truthfully, I have no problem with POV horror continuing, as it is at the end of the day nothing more than a different way to tell a story. A good story is a good story, no matter how it’s visually told, and the problem is not the way these stories are being told, the problem is that the stories just aren’t very good. When done right, found footage films can really make you feel like you’re a part of the action, and help you bond with the characters before they face down evil shit. But rather than being used as a way to squeeze optimum terror out of your pores, like Blair Witch and Paranormal Activity did, the style is unfortunately all too often used as a gimmick – a cheap and easy way to cut corners and line pockets.

What would I love to see, from the future of Hollywood horror? Good stories, first and foremost. I don’t care how much they cost to make, and I don’t care whether they’re in 2D, 3D, black & white or filmed on shaky handheld cameras, nor do I care if they’re remakes or sequels – I just want good stories, and characters worth rooting for and/or being afraid of.

But this is not about what I want to see, or what you want to see. It’s about what makes money. So what does the failure of Devil’s Due mean for the future of horror? Absolutely nothing. Because it’s not a failure. It’s another win for the studios, and they’re not going to lose any sleep over the fact that you wasted another $15 on another generic piece of garbage. All they care about is getting your ass in that theater for the next one.

You want to see the kind of horror movies you want to see? You’re going to have to start looking outside the Hollywood system. The future of Hollywood horror may be bleak, but the future of indie horror is so bright that you oughta invest in a pair of shades. My advice? Next time a generic-looking Hollywood horror film is playing at your local theater, stay home and spend that money on a handful of indie VOD rentals instead. Vote with your money, and show Hollywood that you want stories, not gimmicks.

Then, and only then, will the future of big screen horror have any chance of changing. If a string of these generic found footage movies tank, Hollywood may actually start listening to us.