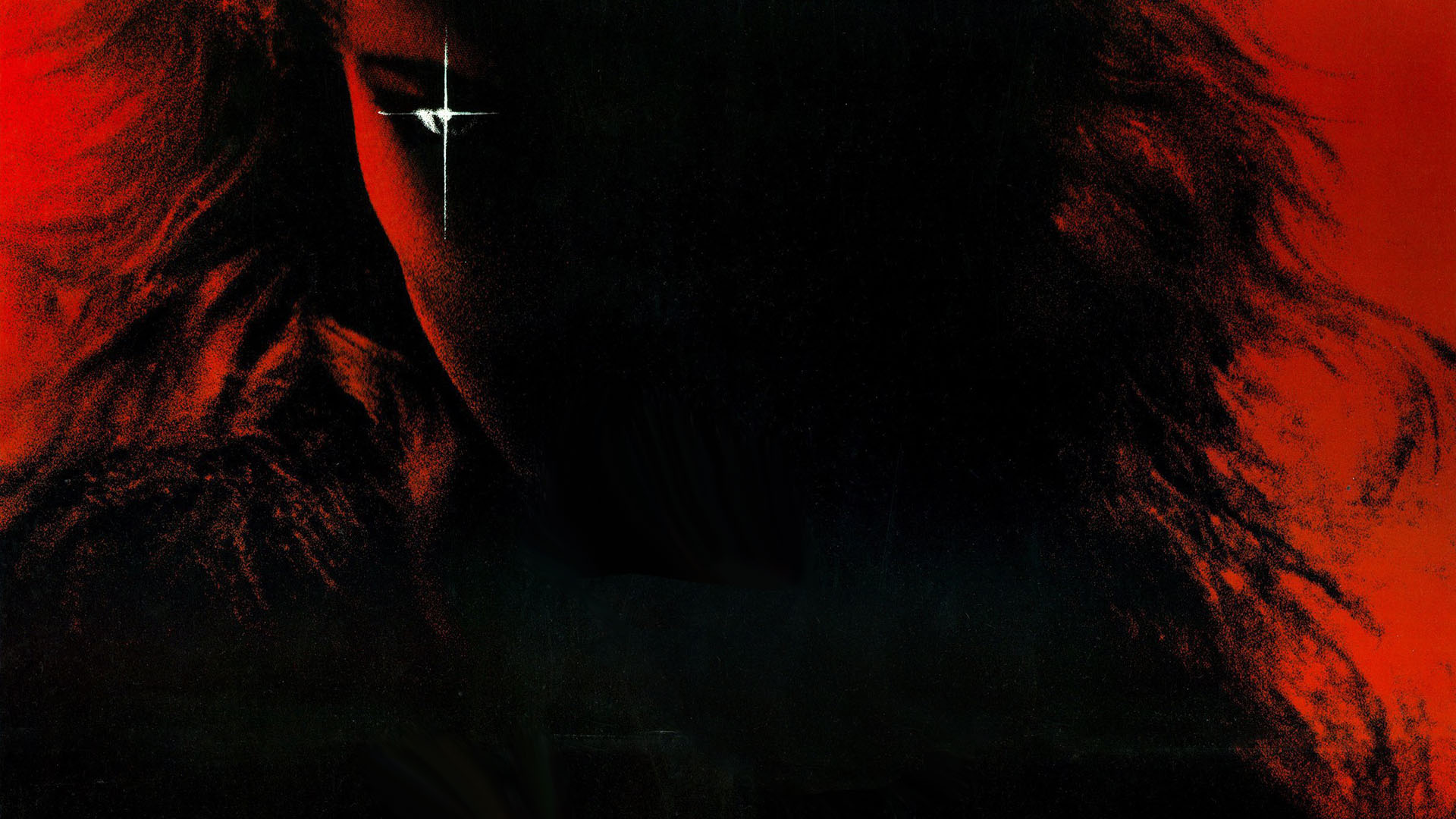 It’s rare that I’ll write about an old cult movie newly released on Blu-ray that I hadn’t originally seen in the past. However, the new release of The Unholy in the Vestron Video Collector’s Series is the first time I recall ever seeing the movie.

I liked it, but wanted to love it. It came so close to being what it should have been. The saying “Less is more.” is perfectly apt to describe this movie. It was written and mostly made as a murder mystery movie with a supernatural twist, but then the producers (as they so often do) decided they needed to go back and jazz it up and turn it into more of a monster movie.

This movie had all the right pieces: an interesting story, good actors, and all the budget they needed to make a movie that should have been closer in tone to the minimalism of movies like The Shining and The Changeling instead of the awkward pivoting into something that came closer to the likes of Ghoulies. Don’t get me wrong, I love those little guys, but this wasn’t the movie’s vision.

Vision is important. If you’ve read my reviews, you’ll know that I’m always fair and careful with my words. I’m never so arrogant as to spew vitriol toward any art whether I like it or not like so many reviewers unfortunately do. I respect all art, even if I don’t like it, so long as it’s true to its vision. In most cases, you have to assume that’s true.

However, in rare cases, you’ll hear the artists who actually created the original piece declare their dislike that someone else came along afterward and tampered with it. That what people end up seeing was not what they intended. Producers often do this without even informing those people, for them only to discover the changes when finally seeing the finished product with general audiences. That, from the interviews in the special features, appears to be what happened here. A classic business vs art dilemma.

With that out of the way, I can’t say that it’s a complete loss.

I enjoyed the lead’s (Ben Cross) performance throughout. 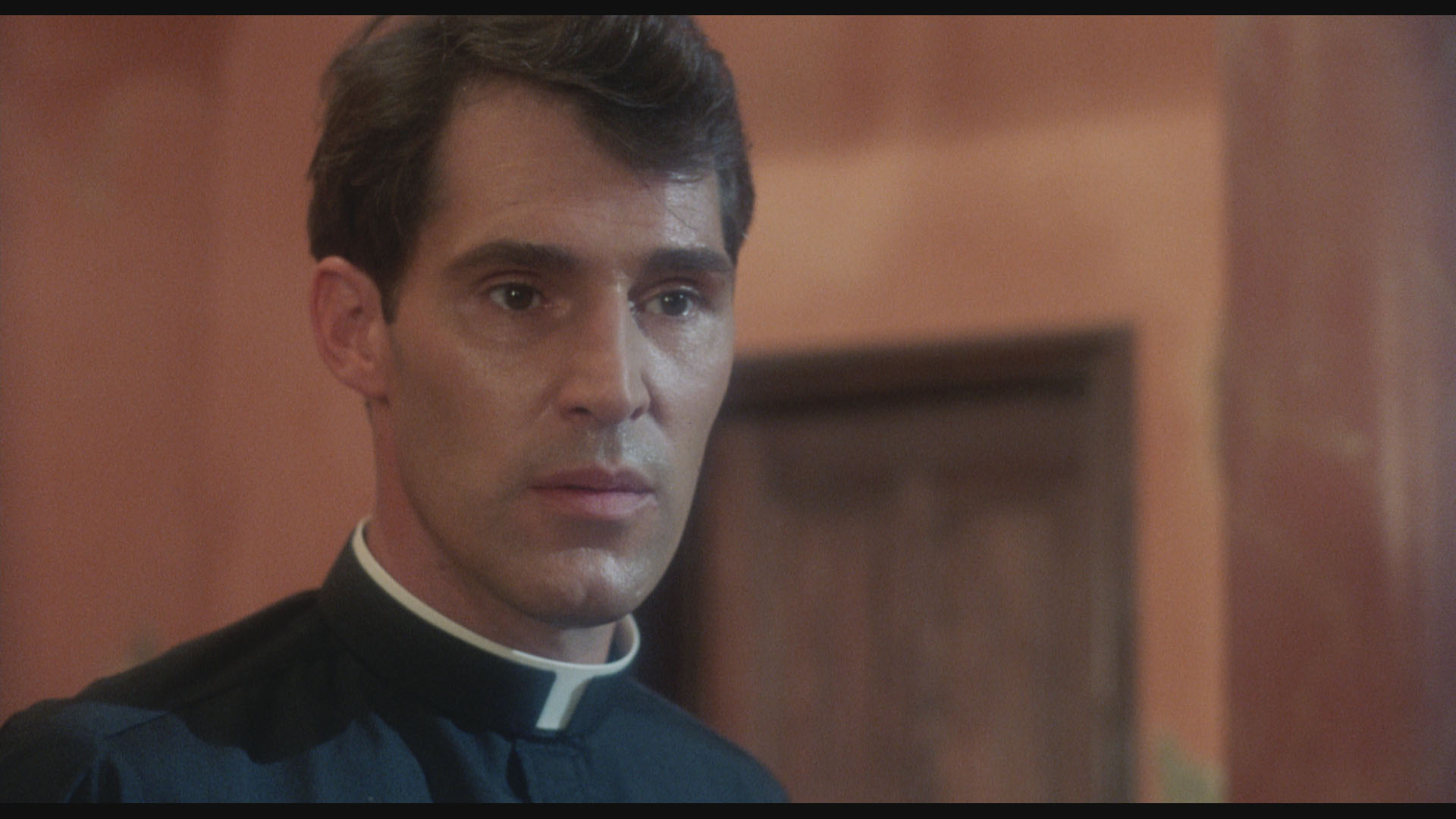 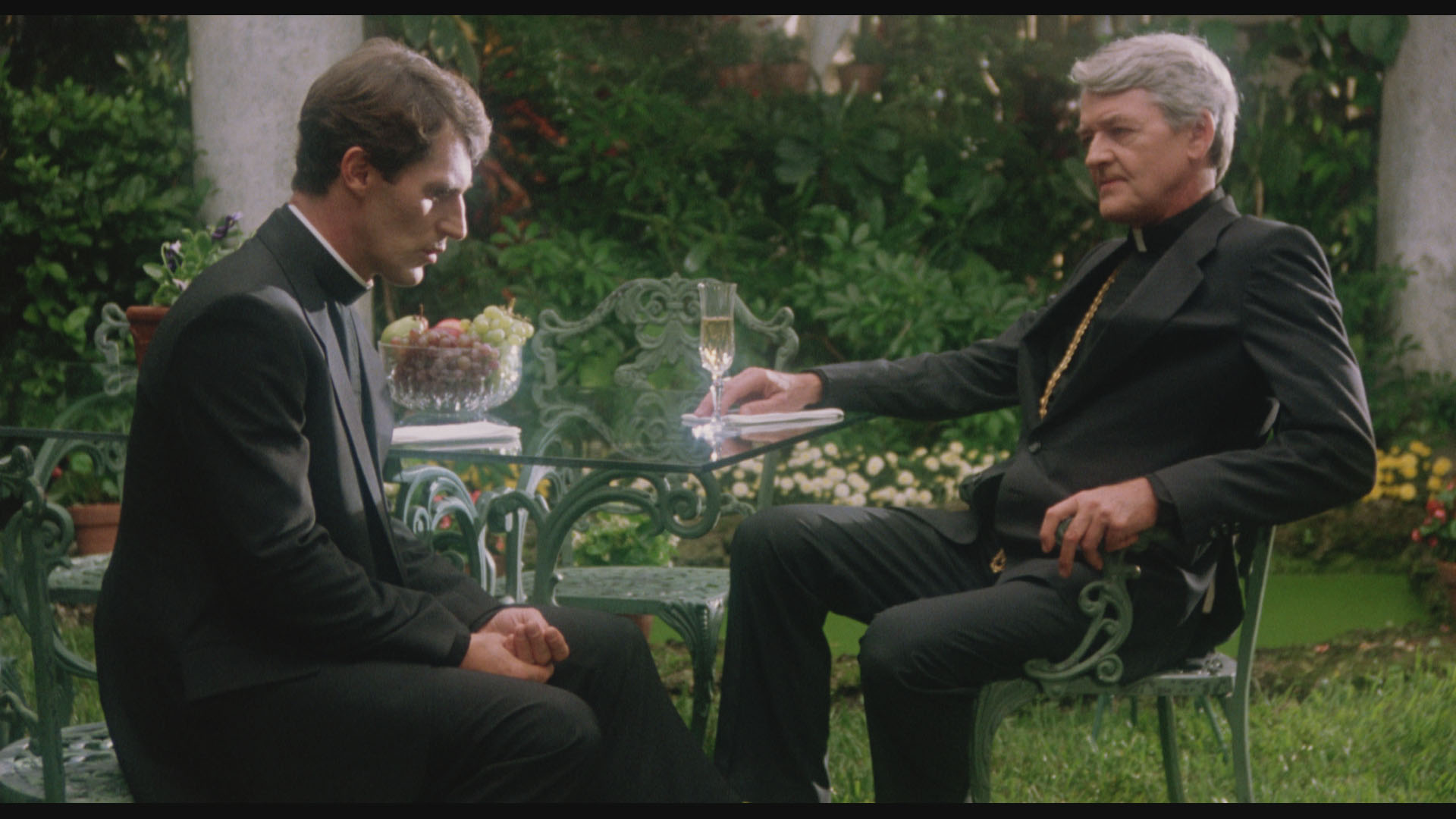 And I greatly enjoyed the performance of the stunningly beautiful and mysterious actor Nicole Fortier, who plays the “Demon.” I say mysterious because she was in one other movie and then nothing… no bio, no other known career, nothing. It’s like she was a temporary time traveler that showed up in the ’80s and then poof. Considering how striking she was and her willingness to do full-frontal nudity, I had assumed she was a model, possibly did some Playboy shoots, etc. But no. Outside of her two IMDb credits, I couldn’t find anything about her.

Normally, I don’t assume anything sinister happened. Hollywood just isn’t for everyone. Lots of people find out they don’t like acting and would rather go into another profession. Happens all the time, even for good actors. Or they get married, change their name, use a stage name, or are otherwise just super private people. All fully respectable reasons. I always hated the label “washed up” for actors who have big gaps in their filmography. I mean, there’s more to life. A lot of actors are just all-around creative people, that do all sorts of other things like: paint, write books, travel, whatever.

Unfortunately, I took another look and found this. It’s a court document that appears to indicate that on the set of The Unholy she was sexually harassed. Obviously I have no idea if that’s true, but knowing the kind of sleazy place Hollywood can be, especially in those days, it’s certainly not farfetched. I also have no way to know whether that’s what led to her distaste of the industry and what provoked her to walk away. But if it was, that’s a real tragedy. Forget her being beautiful. She was interesting and I’m sure could have gone on to do more intellectual and substantial roles. 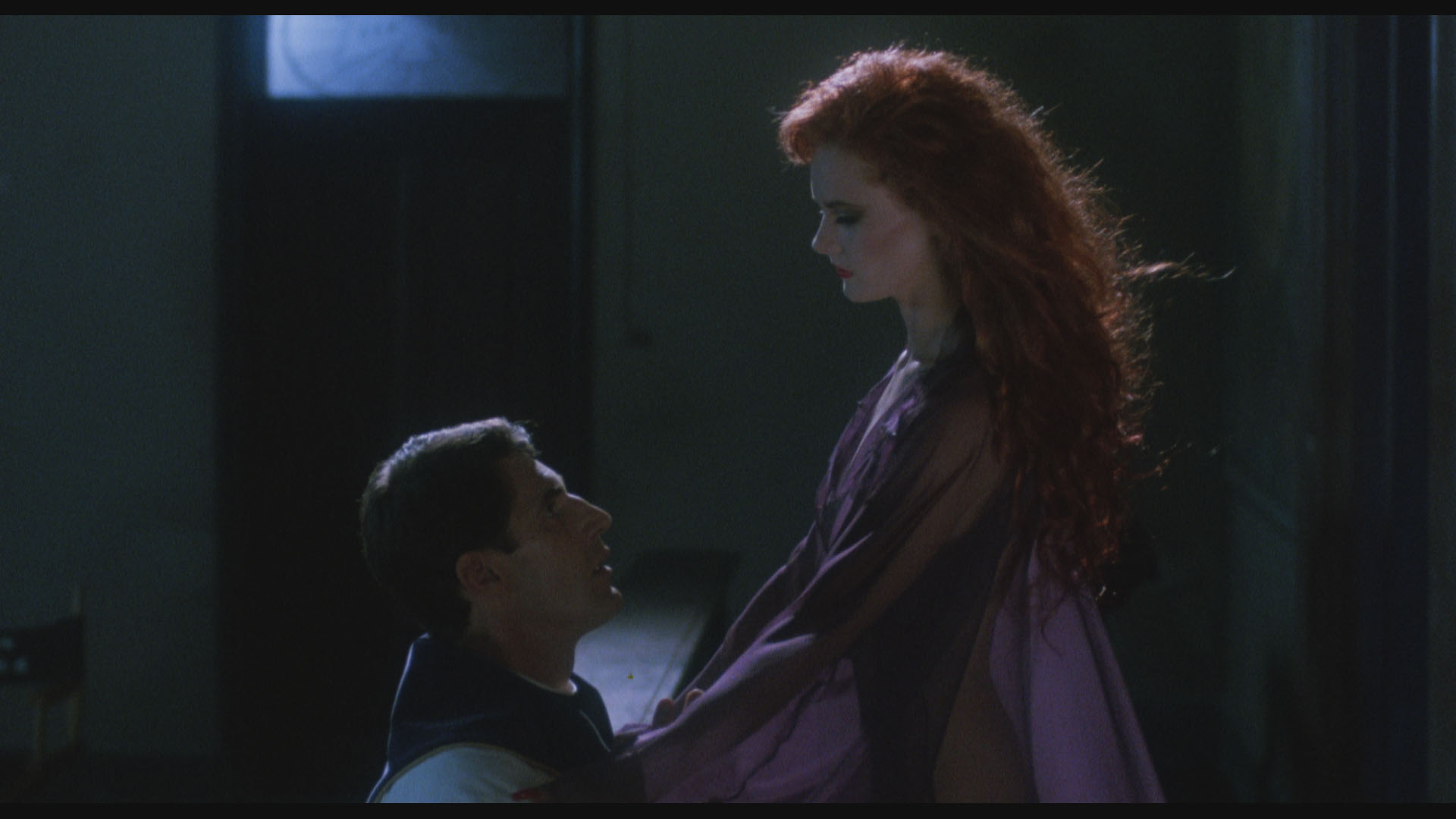 Keep in mind that I received a review copy for free. In all honesty, I’m not sure if I would have bought it otherwise. So, it’s not a solid recommend. However, if you’re interested, it releases on the 27th. 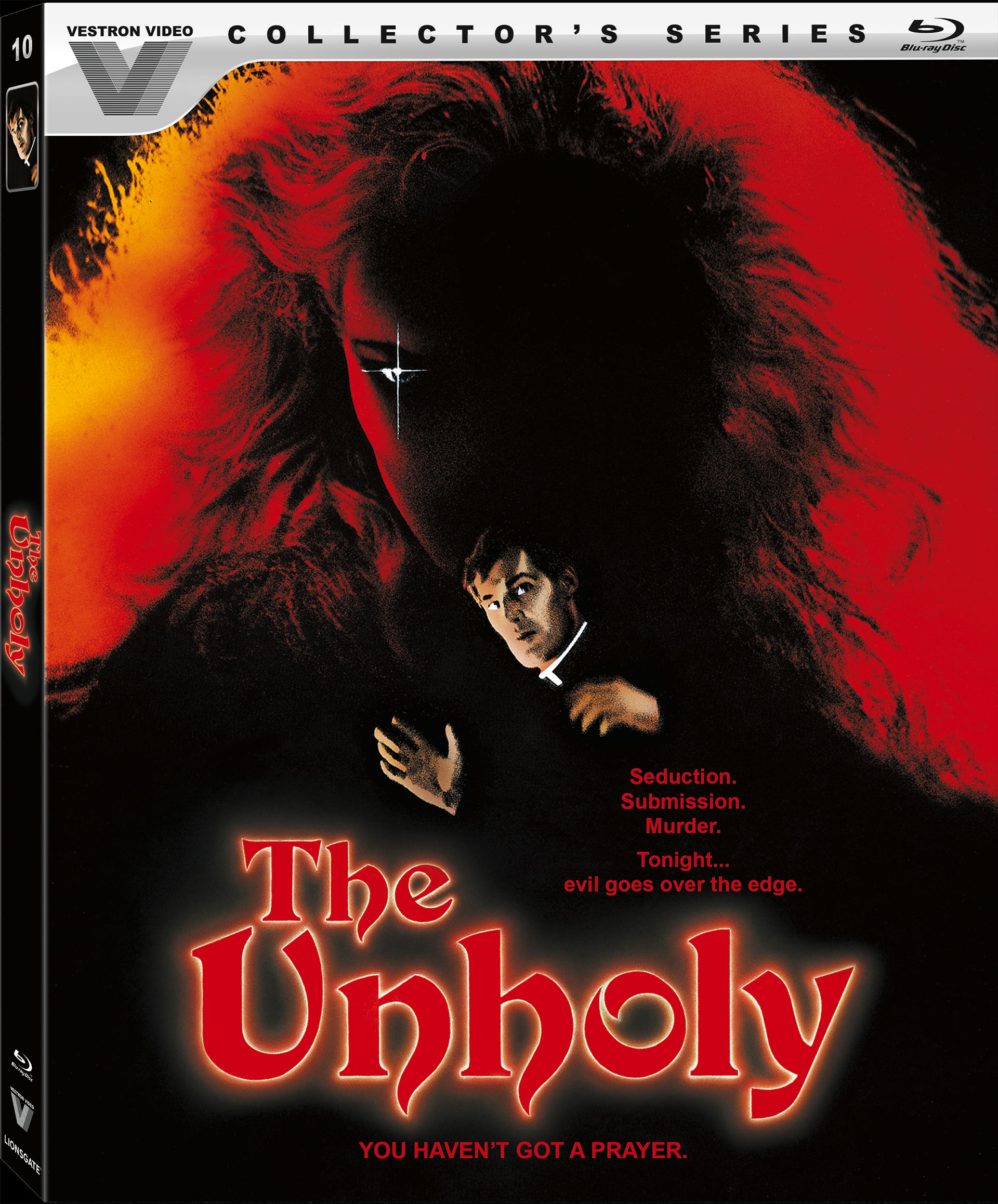