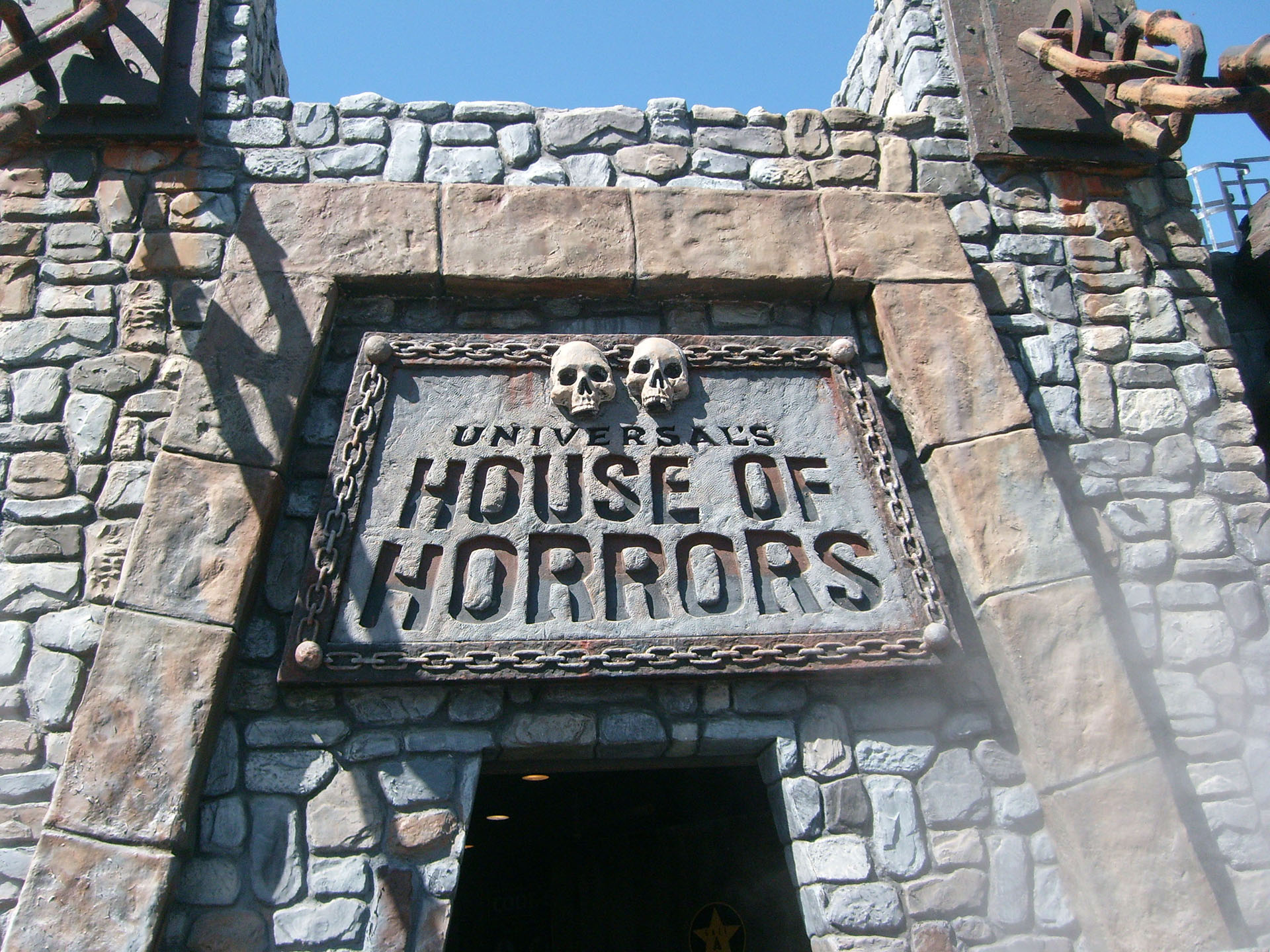 An absolute playground for someone like me. Right as you enter the park, you’re greeted with a year-round haunted house attraction: House of Horrors.

Which is definitely revamped and up-scaled for Halloween. But, it was pretty fun on a non-Halloween season day as well. Not very scary, but a great sight to be seen nonetheless. Plenty of movie posters and props decorated throughout. There’s a wall showcasing facecasts or molds of many famous horror icons. There were lots of other great props I should have taken pics of as well, next time.

Then I headed over to the T2 ride, which for being about fifteen years old, is still one of the best rides and shows around. Although, there’s plenty of bad 90s humor scattered throughout.

Sadly, the Back to the Future ride has been retired (replaced by The Simpsons ride, which is okay, but not the same). I did get to ride it years ago as a child at least, although those memories have faded.

Next up, naturally, is the Studio Tour, which includes the original Psycho set, but more importantly, JAWS.

JAWS is one of my most favorite films of all time and sharks, my biggest fear.

I was a bit disappointed, but it was fun all the same. It looks like the JAWS ride at Universal Studios Orlando is a lot more detailed and entertaining. 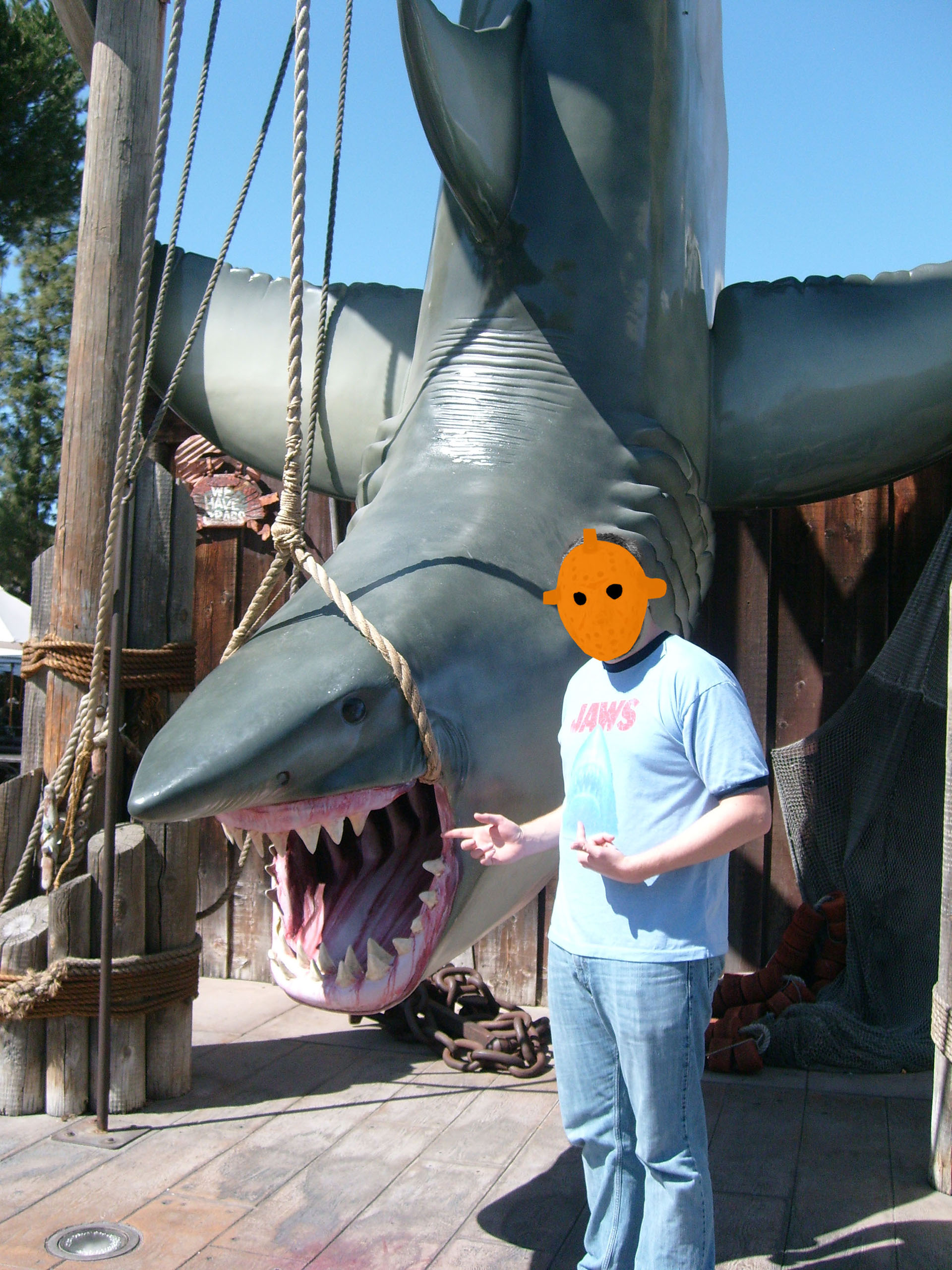 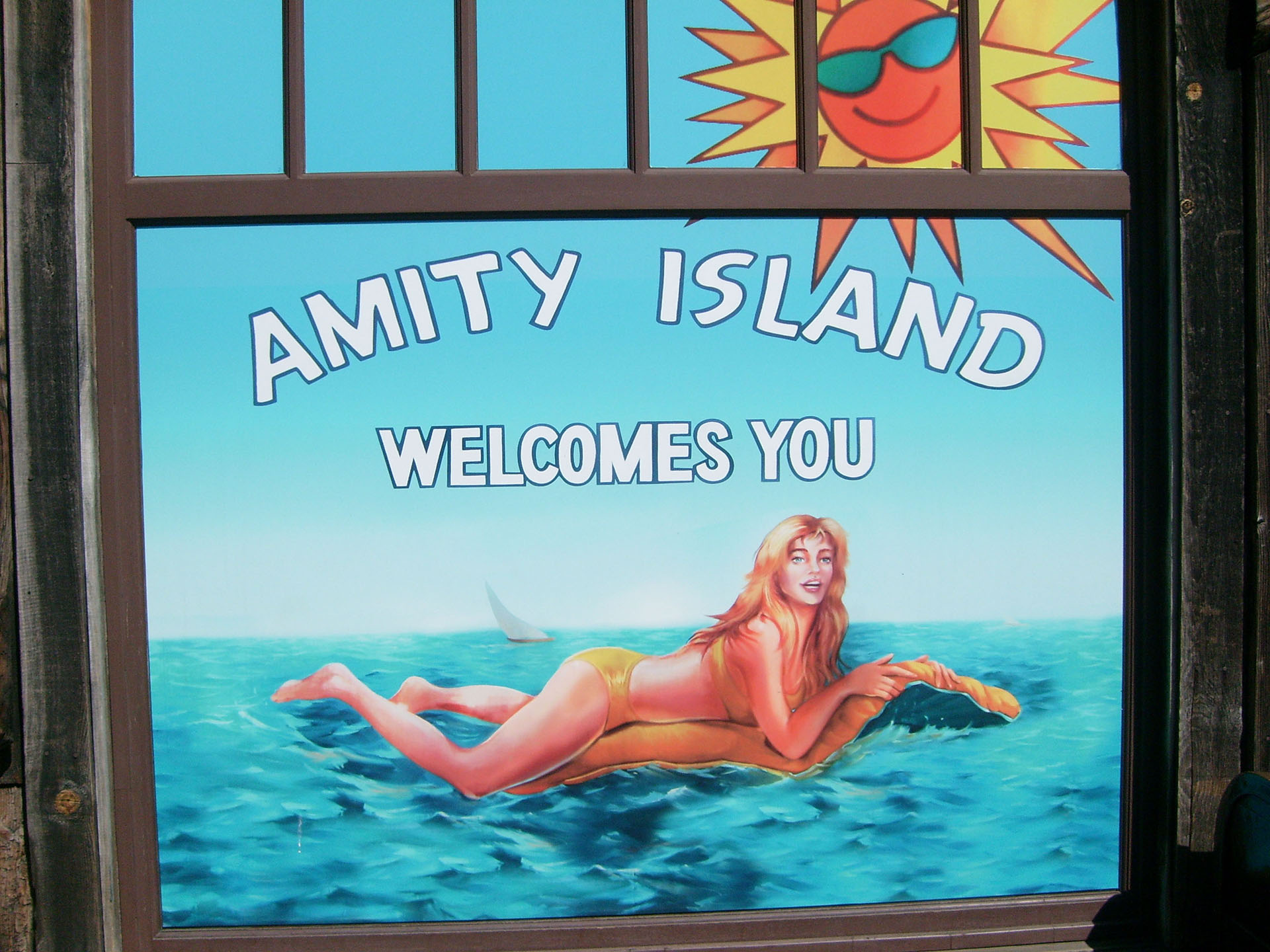 UPDATE — I was planning my trip to Universal Studios Orlando, when I found out they closed the JAWS ride just a few months ago, bummer. And to add insult to injury, apparently it’s to make way for a Harry Potter ride? Are you fucking kidding me? Supposedly, there is to be something done to memorialize the JAWS ride. I’ll send an email off to the Orlando site and see if I can get any insight.

If nothing else, you can try and get a feel for what the ride was like. Here’s just one of many YouTube videos covering the ride (some ride hosts are clearly better than others and some are just downright annoying so I’m guessing that was always hit or miss, but the ride itself is the exact same every time)…

UPDATE — I actually got a really quick, friendly, and even one quite personal response back from Universal regarding the closed rides.

#Issue 1: Back to the Future Ride

“Hi, this is [name hidden] from Universal Orlando calling for [name hidden], [name hidden] I am a, sorry… that a, we don’t really have… any idea what they’re doing with a lot of the a set pieces from JAWS, and a, and Amity. I can tell you that I, I do think that they, they have a great deal of reference for that area of the park and there are many many of us in the park that feel the way you do. A, there have been no announcements with what they’re going to do with that area of the park. You may be right. I don’t know, we don’t have any, we don’t have any um, official information about what’s going to be happening in that area and when we do…

I can assure you it will probably be at UniversalOrlando.com on our website and again I do want to a, apologize for a, upsetting you like this and and we do take it very seriously because I can tell you that many of the a team members at work here feel the same way you do and and you know. And and started… started their careers here because of, you know wanting to be a skipper. And again, I regret any disappointment and and please be sure that we do share your feedback with the management teams for their review. Thank you so much for contacting us. And and I really do hope that you’ll give us a try again. Bye bye.“

That was quite heartfelt and it is indeed sad. A classic example of the suits thinking they know best even though the thrill-seekers and employees themselves disagree. Off to see if I can get a hold of Steven Spielberg (who actually was involved in some of the production of the rides) to see what he thinks about the retirement of the rides and maybe even see what he thinks about a brand new JAWS ride, wouldn’t that be amazing?

UPDATE — As you can imagine, it’s pretty tough for anyone, let alone a nobody to get a hold of Steven Spielberg. I tried contacting his publicist Marvin Levy. After researching for about an hour I couldn’t find any official place online to contact so my best bet would be to give good old-fashioned snail mail a try:

I’ll give this service a try. Here’s the letter I’ll send:

“I’m writing an article (halloweenlove.com/universal-studios) on some of the Universal Studios rides closing, E.T., Back to the Future and most importantly, JAWS.

I’m actually pretty sad to see the JAWS ride of Universal Orlando being shut down as I’ve never got to ride it.

I’m wondering if I could get Mr. Spielberg’s thoughts on the rides closing and if at all what he thinks about the possibilities of a completely new state-of-the-art JAWS ride or salvaging some of the ride props at least for display?

And while I’m at it, I wonder if I could get Mr. Spielberg’s thoughts on a new JAWS film?