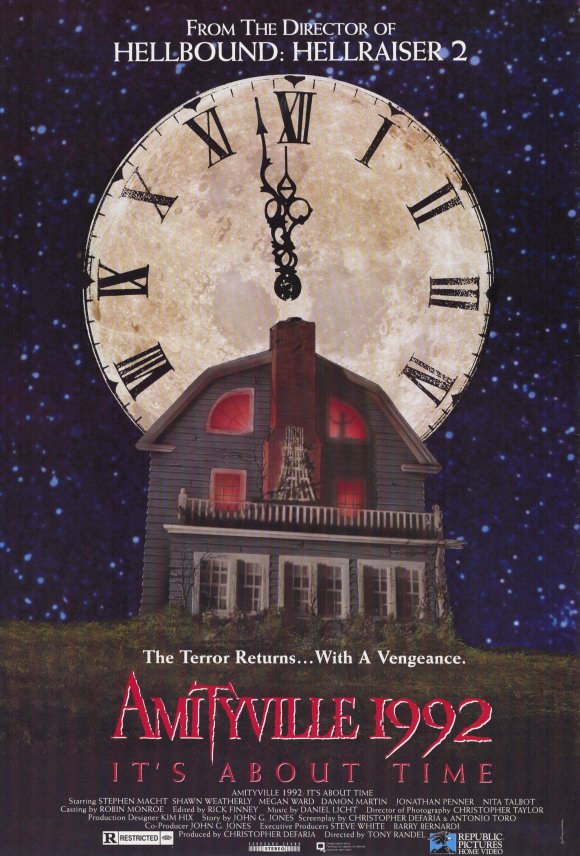 Despite a handful of notable exceptions, horror sequels aren’t exactly known for being the greatest movies in the world. Franchises typically overstay their welcome for far too long, resulting in never-ending cash grab sequels that are endlessly inferior to the films that spawned them.

For every exceptional sequel like Dream Warriors or Final Chapter, there are several well-past-their-prime installments like Hellraiser: Revelations and Leprechaun Back 2 Tha Hood, which is why horror fans tend to look down on sequels, sight unseen.

Unfortunately, because of the proven track record of horror sequels, and the bad feelings that are inherently attached to them, there are a handful of truly impressive sequels that don’t get a whole lot of respect, simply because they’re either attached to franchises that fans had long given up on, by the time they came around, or because they deviated too far away from the films that spawned them.

Halloween 3 is the absolute perfect example of a terrific sequel that it took decades for fans to finally latch onto and fall in love with, and though it’s a beautiful thing that it finally caught on, there are still many sequels that are still not getting the love they deserve.

In this new feature here on Halloween Love, we shine the spotlight on sequels that get less respect than the late Rodney Dangerfield, with the hopes of encouraging some of you fine readers to either finally give them a chance, or to go back and revisit them, with a fresh perspective. Whether you do or not is of course entirely up to you, but we hope that you can find it in your heart to give these unappreciated sequels the chance that they deserve!

As a whole, the Amityville Horror franchise doesn’t get a whole lot of r-e-s-p-e-c-t… and quite frankly, it doesn’t exactly deserve much of it. The original franchise spanned nearly 20 years and is comprised of a whopping 8 installments, 782 minutes of celluloid inspired by the alleged (but most likely totally untrue) paranormal activity that was experienced by the Lutz family, after moving into the infamous Long Island home where Ronald DeFeo Jr. shot and killed his entire family.

As one of the few who has actually sat through each and every second of those 782 minutes, I can promise you that far less than half of those minutes are even remotely worth your time, with only three installments that should be watched, and five that are best ignored.

And yet, the only installments in the franchise that ever get any love at all are the first two – the original classic and the more fun and gory prequel, which served as the second installment. From 1982 on, the franchise got sillier and more desperate, oftentimes having nothing at all to do with what the franchise was all about, and almost always lacking any semblance of continuity, from one installment to the next.

In one of the most asinine decisions in horror franchise history, the iconic house is blown to pieces at the end of the third installment, forcing the writers to come up with increasingly idiotic ways to continue the series. For the most part, the sequels center around people coming into possession of relics from the original house, which transport the evil from the house into their own homes.

The oddball fifth installment, titled The Amityville Curse, doesn’t even have anything to do with the house or any part of it, and instead takes place at a totally different house, in the town of Amityville. See what I mean?

Needless to say, by the time the sixth installment came around, in 1992, the Amityville Horror franchise was very much dead in the water, with seemingly no chance of ever redeeming any sense of watchability. The villainous house was destroyed, and the franchise was at an all-time low, requiring nothing short of a miracle to keep it going.

And then, in 1992, Amityville: It’s About Time was released straight-to-video, a sequel that very few fans ever bothered to watch then or in the time since, because of the horrible reputation the franchise had by that point in time given itself. If the third installment was a hunk of junk, then surely the sixth was even worse, right? That’s probably the thought process many of you reading this right now have in regards to this film, and if you do, I totally understand, because that’s exactly how I used to feel.

But ya know what? The sixth installment surprisingly lives up to its sub-title. In 1992, it was about goddamn time that the Amityville Horror franchise became watchable again, and It’s About Time is not only watchable, but it’s in fact one of my all-time favorite undiscovered sequel gems.

Which is why it’s the first one I’ve decided to shine the spotlight on.

Directed by Tony Randel, who a few years prior directed the beloved sequel Hellraiser 2, It’s About Time has perhaps the strongest concept of any of the Amityville sequels, and more ambition and creativity than had been seen from the franchise in many years.

Stephen Macht stars as Jake Sterling, an architect who at the start of the film returns home from scouting a job in Amityville, where a bunch of houses were torn down to make way for new ones – again, the continuity from the other films is right out the window, but that’s to be expected, at this point in the series.

Sterling brings home with him an antique clock, which he found in the rubble of the destroyed homes, and which we’re left to assume came directly from the iconic Amityville house. It doesn’t take long before the clock literally becomes a part of the house, drilling itself into the mantle and consuming the lives of Jake, his ex-girlfriend and his two teenage kids.

It’s About Time is not the first film in the series to use a relic from the Amityville house to keep the story moving, but the use of the clock is interesting in that it actually has the ability to transport the house back in time, and turn it into the original house of horrors where it came from.

In brief flashes we see the Sterling house transform into both the house with the evil eye-shaped windows and the 15th century torture den of a French necromancer, nice little touches that root this installment into the Amityville mythos – expanding that mythos and actually making the film feel like a part of the franchise. GASP! What a novel idea!

In addition to prominently featuring the iconic house in a way it hadn’t been featured in the previous few installments, It’s About Time stays true to the franchise even further by carrying over the idea of people being possessed by an evil force, like we saw in the original. Also ported over from the original is that disgusting black goo, which is nice to see making its return to the franchise.

This installment really feels like it was made by people who actually cared about staying somewhat faithful to the franchise, rather than merely making money, and the rampant imagery of the Long Island house alone is enough to make you feel like you’re actually watching a sequel to The Amityville Horror. At one point in the film we even see Jake manically drawing pictures of the house, planning on building an entire town of houses that look just like it!

Granted, this is all fairly silly stuff, and a desperate way to get the franchise back on some sort of track, but what I really like about It’s About Time is that it actually puts forth some effort – an effort that had been sorely lacking in the franchise for many years. You get the sense that the filmmakers really had nothing to lose here and just decided to go for it, a freedom they only had because of how lame and uninspired the efforts were that preceded them.

That freedom of being able to just have fun and do something different really shines through, and makes It’s About Time stand out as one of the few installments in the franchise that’s actually worth cozying up on the couch with. It tries, and trying goes a long way.

The effects are totally awesome and really gooey and gross, sure to please all fans of the incredible practical effects that were running rampant in the 80s. In fact, It’s About Time very much has that 80s spirit, even though it was made in the early 90s.

Oh and did I mention there’s a Dick Miller cameo too?!

While it may be true that it wasn’t all that hard for the sixth installment in the Amityville Horror franchise to come out smelling like a rose, given the crap that had come before it, It’s About Time is nevertheless a breath of fresh air amongst late-in-the-game horror sequels, proof that with a little effort, even an installment in a dead franchise can be fun to watch.

I can only hope that someday, like Halloween 3 before it, this sequel finds its audience, and starts getting some of the love that the second installment does. It’s about time, damnit!

If you’re interested in delving into the Amityville Horror franchise, I recommend you watch the first two installments, follow it up with this one, and then take the advice of the demonic entity from the original….and GET OUT!!!

If you’ve seen Amityville: It’s About Time, or you watch it after reading this post, let us know what you thought by commenting below!