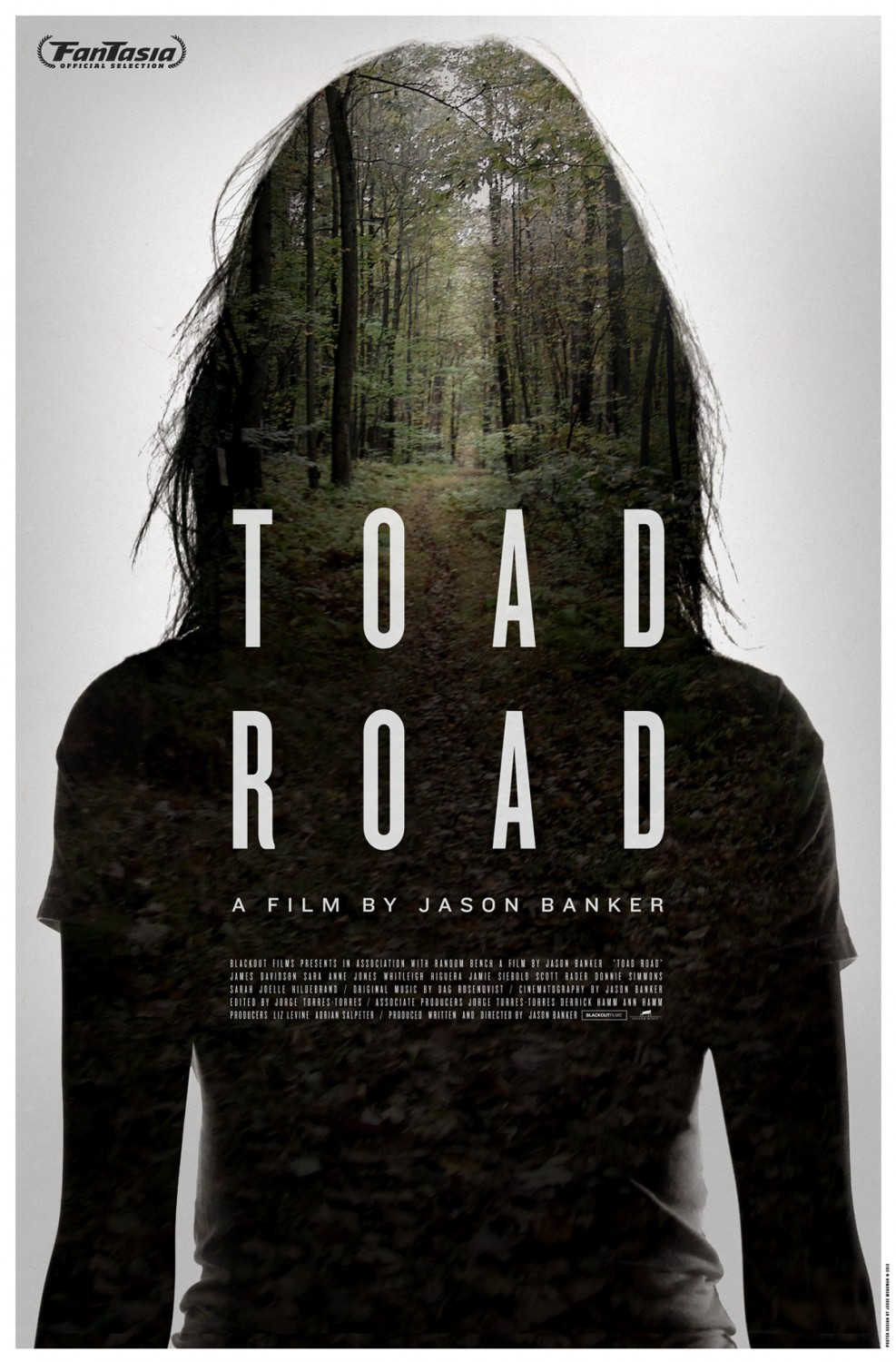 With so many horror movies available for instant streaming on Netflix, it can be hard to decide which ones to watch and which ones to ignore. Believe me, I feel your pain, and it’s never fun to waste your night on a movie that totally sucks.

In this new feature here on Halloween Love, we make those decisions a little bit easier for you, and give you some guidance as to which films are worth hitting the play button on, and which ones are better left off your queue.

Of course, it must be noted that we all have different opinions when it comes to movies, and that one man’s trash is oftentimes the treasure of another – and vice versa. These reviews simply represent my personal opinions, which you are free to listen to or totally ignore – I won’t take it personally, either way!

Produced by Elijah Wood, Toad Road is essentially Blair Witch Project on a whole lot of drugs, centering on a group of friends who aren’t interested in much other than getting fucked up, doing stupid shit and just generally wasting their lives. Amidst all the drug-fueled madness – which includes snorting condoms and lighting pubic hair on fire – main character James finds himself falling for good girl Sara, who surprises him when she ends up becoming more into drugs than even he is… and he’s pretty goddamn into drugs.

One day, James randomly mentions a local urban legend to Sara, about a road in the woods that allegedly leads straight to Hell, and Sara becomes consumed by the idea, making it her mission in life to travel Toad Road, and see what truly lies at the end of it. It’s just something she’s gotta do, and James doesn’t have much choice but to tag along for the ride.

Despite the fact that Toad Road isn’t presented in the found footage style, it manages to feel more like a documentary than most found footage movies do, which is without a doubt the most impressive thing about it. There were several times throughout where I actually found myself forgetting I was watching a movie, as it genuinely feels like you’re a fly on the wall of the real lives of real people. I can only assume that the actors aren’t all that different from the characters they were cast to play, but nevertheless I must commend them all for playing it so real, when the cameras were rolling.

Unfortunately, that genuine sense of realism is pretty much the only aspect of the film that I can find anything good to say about. And oddly enough, it ultimately isn’t even a strong suit so much as it is a detriment. This may not make sense to anyone who hasn’t seen the movie, but Toad Road almost feels too real, to the point that it plays out like a plotless YouTube video on a channel you’d never wish to follow, rather than a cohesive movie with any sort of rhyme or reason behind it.

It essentially comes off like writer/director Jason Banker just took a bunch of clips of a group of friends doing drugs and attempted to edit them into a movie, and the end result is a film that’s as lost as the characters, as messy as their bedrooms and as pointless as the lives they’re choosing to live. It’s only toward the very end of the film that James and Sara even make their way to the titular location, and by then you not only couldn’t care less about them, as characters, but you’re also likely to be so tired of watching them and their friends do drugs that you don’t even care whether or not Toad Road truly is a gateway to Hell, or merely an urban legend.

It’s a shame, really, because the real-life urban legend is a pretty fascinating one, and the absolute perfect focal point for a horror film. Done right, such a movie could be quite creepy and effective, but Banker’s attempt to use the legend to draw parallels between paranormal happenings and drug use is just plain uninteresting, and so seldom does he delve into horror territory that it’s hard to even classify it as a genre film.

I’m going with a big ole ‘Not to Stream’ on this one, unless of course you ever find yourself in the mood to watch unlikeable people do drugs and act like idiots for an hour and 20 minutes. In which case, you’re probably better off watching one of the Jackass films, which at least provide some mindless entertainment!