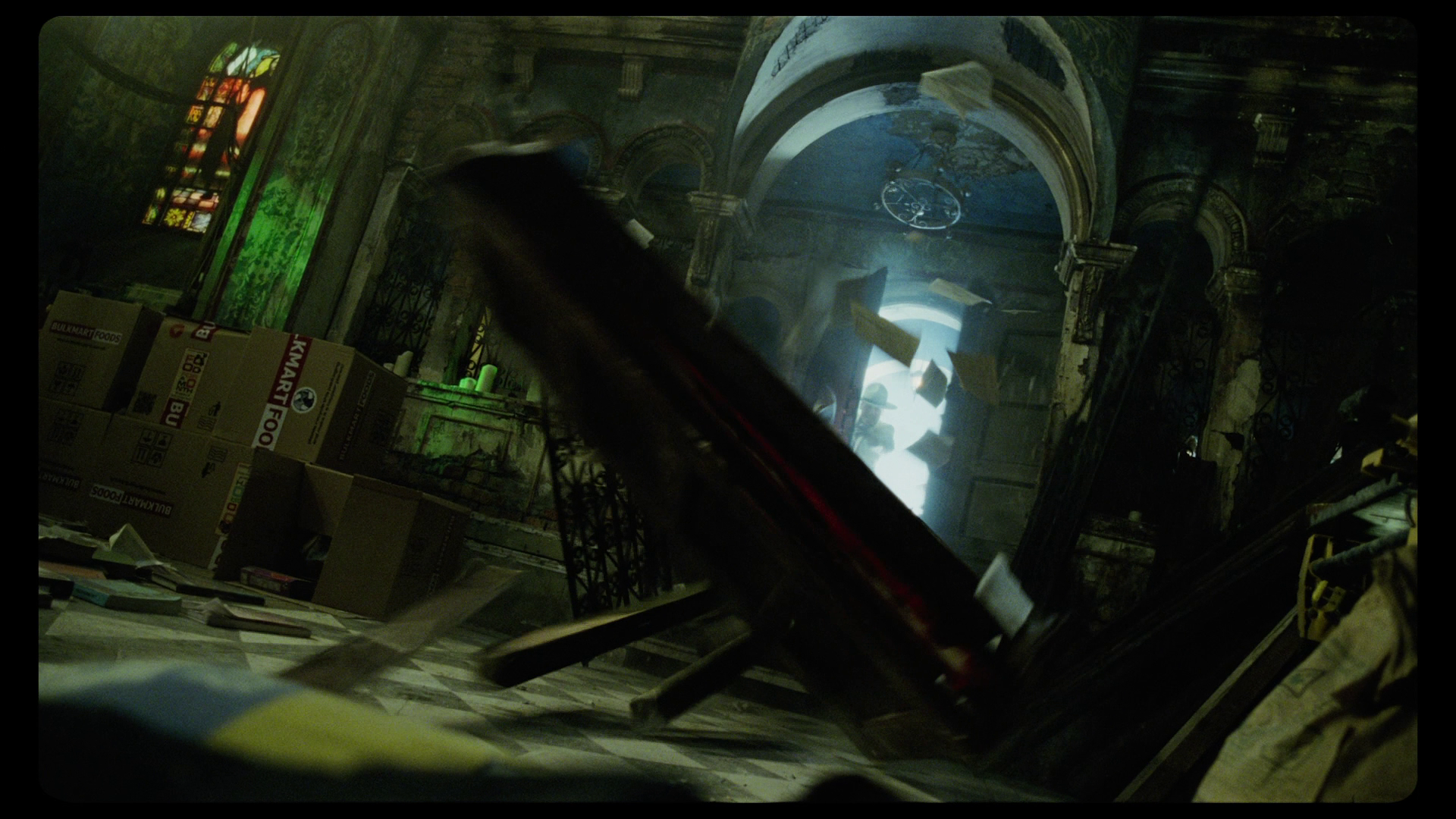 I liked The Zero Theorem.

It wasn’t mind-bending or difficult to follow. It was actually laid out quite overtly with its real-life commentary and satire with the themes we were being shown.

Of which, includes, but is not limited to, get ready… themes of:

Essentially, what good is following the rules and being a good little worker bee, what exactly are we trying to attain, when nothing matters or ever ultimately amounts to anything anyway (I think that may point to yet another possible theme of our flawed monetary system which really does control everything)?

However, SPOILER ALERT — I think the movie ends on a positive note when Leth falls backward with an entrusting embrace (think of the trust exercise) into this black hole of nothingness and chaos, thoughts, and images and memories in an expression of letting go and acceptance. Sort of an agreement that nothing matters, and that that, in and of itself, doesn’t matter, therefore just let it all go and enjoy your life as best you can.

This is definitely a Terry Gilliam film, but more stream-of-conscious style with simple clarity than most of his other films (there was even a little homage or joke about The Matrix in there to essentially say it’s not even that complicated and KISS [Keep it Simple Stupid], just watch and listen). Despite this apparent and purposeful over-simplification, basically as anti-pretentious a movie of this theme can be, many of today’s audiences still managed to be utterly confused by the film and rated it poorly.

There weren’t really any deeper layers of meaning beneath the surface to be found because they were spoon-fed to us like storybook children. Clearly, Gilliam did not want his messages to go unnoticed or over anyone’s head in this particular film. That is in no way a criticism, I quite enjoyed it, it was basically a feature-length visual commentary or speech by Gilliam. In that sense, clearly more of an art film than anything else.

To those that got the film and are even Gilliam fans (I am) and still didn’t like it, I have absolutely no issue with that. I have nothing but the utmost respect for your opinion, but for those that didn’t even understand the film and are railing against it and giving it poor reviews and ratings, I respect your right and privilege to share your opinions, but that doesn’t mean I like or respect the content of your opinions themselves. A lot of people misunderstand that distinction, which usually leads to your typical online pointless and petty arguments.

It’s easy to say you like or dislike something; it’s another matter to have credibility in your delivery of said opinion. People that say “This is dumb, I didn’t get it.” and give a film a 1-star rating just as much as the people who say “This movie was rad, loved the explosions.” and give a movie a 10-star rating, are to blame for a botched and unreliable ratings system on IMDb. So, please try not to base your decisions on whether to see a movie or not based on useless data.

If you’re going in looking for some Twelve Monkeys action and suspense or some Fisher King drama (two films I love by the way), this isn’t the Gilliam film you’re looking for. It’s really an anti-story film, and I love that aspect of it. I wish more films had the balls. I take that back, I wish more studios had the balls.

But, studios are businesses, and naturally, they don’t like experimenting. They like to drop cash and resources on proven formulas, which is why we get a lot of the same movies with the same cliches and predictable “twists”, over and over again. Unless someone tries something risky and original and it does especially well, the studios will then rip-off that formula until it’s no longer original anymore (think about how obnoxious “Matrix” style effects have become from the over-saturation in commercials, TV, and movies). What was once cool is now annoying.

For me even, I think a second viewing is in order, because there’s a lot of richness in the visuals, the messages, and even the way things are said. I probably missed a few interesting tidbits.

Have you seen it yet, what did you think?