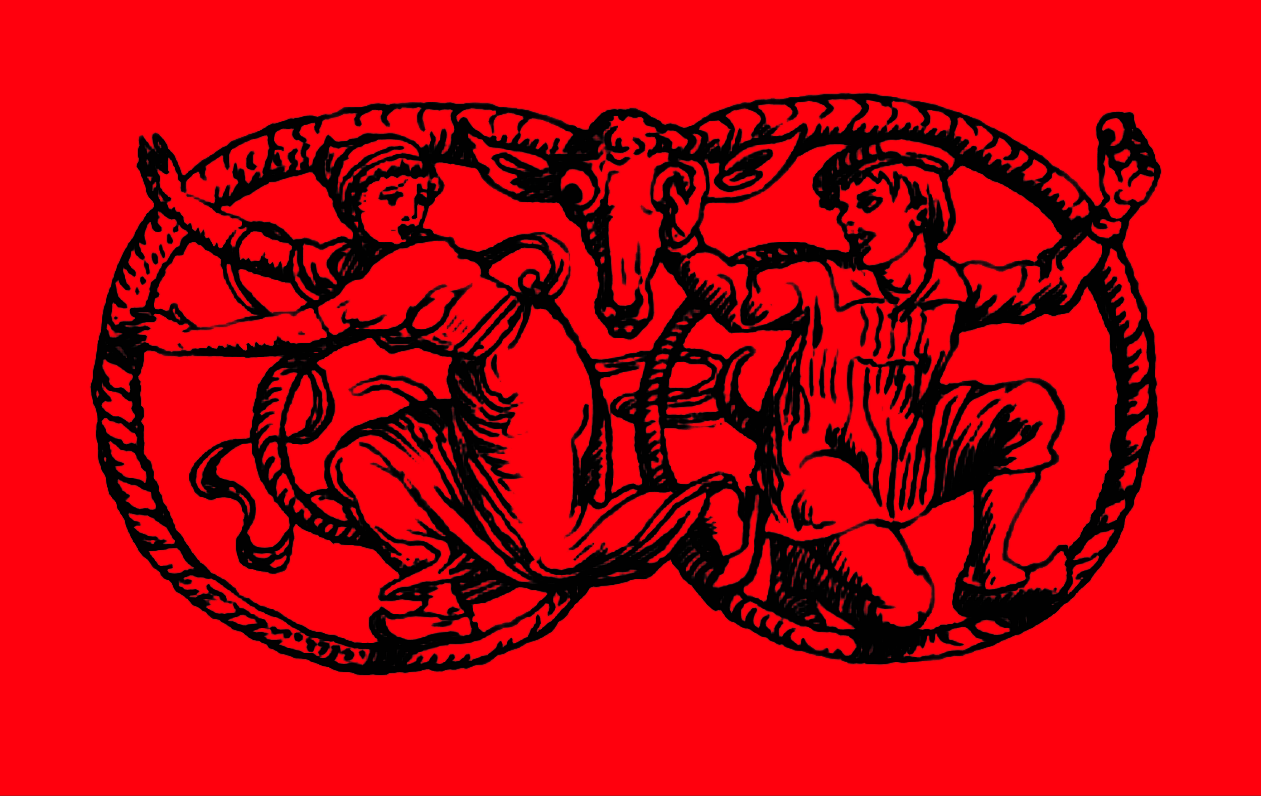 Despite their ubiquity in popular culture, the fairy tales collected by German brothers Jacob and Wilhelm Grimm in the early 1800s have not lost their ability to shock and unnerve readers over the course of two centuries. While these stories have been considerably softened over the years, especially as interpreted by the Walt Disney Company in films like Cinderella (1950) and Snow White and the Seven Dwarfs (1938), the original Grimm versions retain all of their trademark violence, sadism, and cruelty.

I learned this lesson a few years ago when I found a battered 1954 Doubleday edition of Grimm’s Fairy Tales among the books at my father’s house. I can vaguely remember my parents reading to me from this volume when I was kid, though I don’t recall whether they skipped over the bloodier parts. As I flipped through the yellowed pages of this book, I was reacquainted with just how grim these stories can be. Children are left to die in dark forests (“Hansel and Grethel”). Adorable talking mice are gleefully killed (“Cat and Mouse in Partnership”). Body parts are mutilated (“Aschenputtel”). Wrongdoers are executed in ways that might appeal to Eli Roth (“The Goose Girl”). None of this would be allowed in modern children’s entertainment.

One story, however, stood out even among the gory Grimm offerings. Its name is “Prudent Hans.” Apparently some translations call it “Clever Hans.” Either way, the title is meant to be ironic, since Hans is an impetuous dimwit. The plot, I guess, is fairly simple. Hans is a young man who lives with his mother on a farm. He makes repeated visits to Grethel, a young lady who lives on a neighboring farm. At each visit, the insensitive, cloddish Hans brings Grethel nothing, but insists she give him something anyway. She complies by giving him a series of increasingly expensive gifts that he either loses or squanders, angering his mother. The mother tries to set Hans straight by offering him advice, but he invariably interprets her words too literally and fails yet again. Eventually, Grethel offers herself to Hans as a gift, but the young man’s utter stupidity drives her away, and she marries another man.

Many of the Grimm tales are built around repetition, with certain scenes or lines of dialogue being recycled again and again in a very predictable way. “The Fisherman and His Wife,” for instance, includes a number of nearly-identical conversations between its hero and a talking fish. I suppose this storytelling technique comes in handy when your audience largely consists of children with short attention spans. “Prudent Hans” must be among the most repetitive tales in the Grimm canon. Hans repeatedly tells Grethel, “I’ve brought nothing, but I want to take away something.” And Hans’ mother repeats the admonition, “That was very stupid of you, Hans.” The whole story is constructed around Hans’ conversations with his mother and with Grethel. It’s almost like Groundhog Day (1993), with the characters living through the same experiences over and over.

Even young readers will soon be able to identify the patterns at work in “Prudent Hans,” and this may lure them into a false sense of security. In very broad terms, the story seems to be the inoffensive saga of a hopeless bumbler. Children listening to this story can take pride in the fact that at least they are smarter than Hans. The character’s ill-tempered mother is really not much brighter than her son. Surely, after a few failures, she should know to word her advice to Hans more carefully. But neither Hans nor his mother will ever learn, and in the end, Grethel is driven to the arms of another man.

About midway through, however, “Prudent Hans” takes a distinctly disturbing, almost surreal turn. Grethel gives Hans a goat, and the idiotic suitor binds the animal’s legs together and somehow fits the poor creature’s entire body into his pocket. “By the time he got home,” the Grimms tell us, “it was suffocated.” On the one hand, this incident continues the pattern of Hans comically misapplying his mother’s advice. (She had told him to keep a knife in his pocket, so naturally the same logic should apply to a goat.) On the other hand, we now have the upsetting image of a dead goat in this whimsical children’s story, presaging more abuse of farm animals at the conclusion of the tale.

The final plot twist is what makes “Prudent Hans” unforgettable in all the wrong ways. Upon Hans’ final visit, Grethel says, “You shall take away me.” Unfortunately, Grethel’s previous few gifts to Hans had all been livestock, so he treats his bride-to-be like a farm animal, leading her around by the neck by a rope and then tying her up in a manger. As always, Hans’ mother has some ill-considered advice for her son: “You should have cast sheep’s eyes at her.” The translation from German to English is a little wonky here, but I assume the mother means that Hans should look upon Grethel in a shy or sheepish way. In other words, she is advising her son to flirt with his fiancee.

But literal-minded Hans takes this to mean that he should pluck all the eyes from the family’s sheep and then throw them at the tied-up Grethel. This utterly horrifying act is what finally drives Grethel away from Hans for good. (She has to free herself from bondage to escape.) One must wonder why Grethel tolerated Hans for this long. You’d think she would have been put off by all of his other blunders, not to mention the fact that he demanded gifts from her and gave her nothing in return. Grethel must have been extremely patient. Maybe potential spouses were rare in her neck of the woods, though she certainly doesn’t have trouble rounding up a husband at the end of the story.

More than anything, though, the sadistic finale of “Prudent Hans” changes our perception of the title character. For most of this fairy tale, he is simply an oaf. In fact, throughout the story, Hans maintains a cheerful equanimity, accepting whatever happens to him. But it turns out that Hans is a violent psychopath who will rip the eyes out of sheep without hesitation or even emotion. The goat incident should have been an indication that something was seriously wrong with Hans, but that was more like negligence or carelessness on Hans’ part. He puts the unfortunate animal in his pocket, not taking into account that it will be unable to breathe in there. In contrast, the sheep-blinding incident shows that Hans is able to commit horrendous acts while being totally aware and conscious of what he is doing.

Maybe that is the ultimate lesson of “Prudent Hans.” Sometimes cheerful stupidity can be a mask for something much more sinister. Grethel got out just in time. Too bad about the sheep, though.