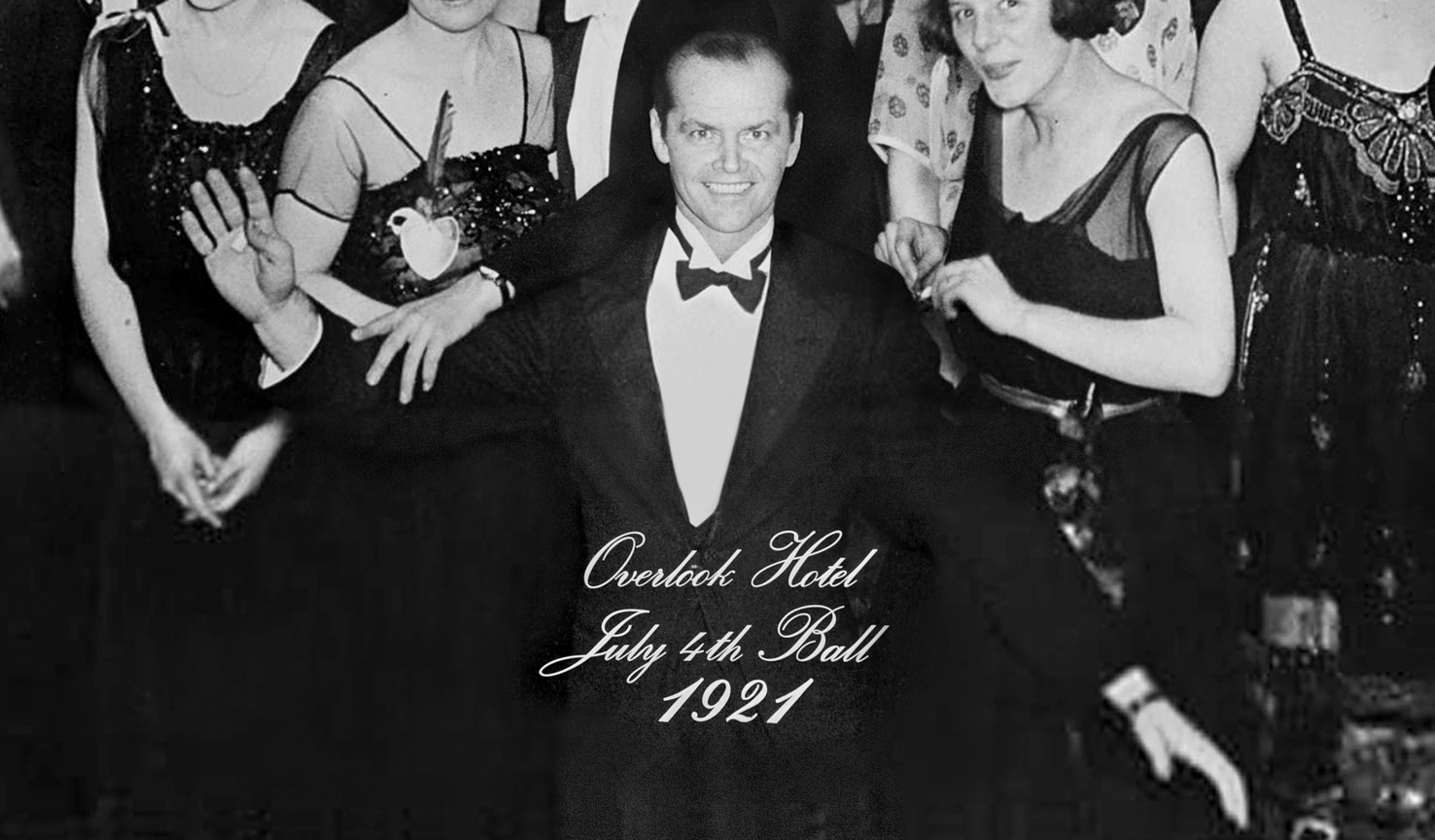 I am a big fan of both Stephen King and Stanley Kubrick. And although Stephen King does not approve of the film adaptation of his story The Shining, many, if not most or all horror fans or movie lovers, buffs, and critics in general, consider it to be a masterpiece, possibly the best horror film in film history. I would not disagree.

The film has been studied (I should say obsessively scrutinized) again and again and again for hidden messages, meanings, and interpretations of what Kubrick meant, scene-by-scene. Room 237 is an interesting doc that takes a closer look. Conspiracies, everything from the film being a confession and apology to America that Kubrick helped fake the moon landing footage (and by implication, saying that it was faked), to it being an ousting of genocide, and the metaphors, social commentary, and symbolism doesn’t end there.

Conspiracy theories aside, most films have under the surface, a subtext or social commentary present. In fact, one could argue that the primary reason of movies and of most people’s attraction to them in the first place, isn’t just entertainment, but a way for us to deal with and understand our complex, sometimes filled with confusing emotion and real horror, world.

From the beginning of storytelling mediums, whether it be cave paintings, Grimm’s Fairytales, or children’s rhymes, this has been the core purpose, to prepare and help us cope with a harsh world and reality in a more gentle, disembodied fashion, from the safety of fiction.

I may have discovered my own hidden Kubrick mystery or game, most likely not, but I’ll let you be the judge. The final scene of The Shining where we slowly zoom into the picture of the Overlook Hotel and its staff (or staff mixed with and mingling with guests?) to discover that Jack really had always been there (there are of course likely many other interpretations). The image itself, which I’ve had set as my computer’s desktop background for a few years now, is quite fascinating, even beautiful. 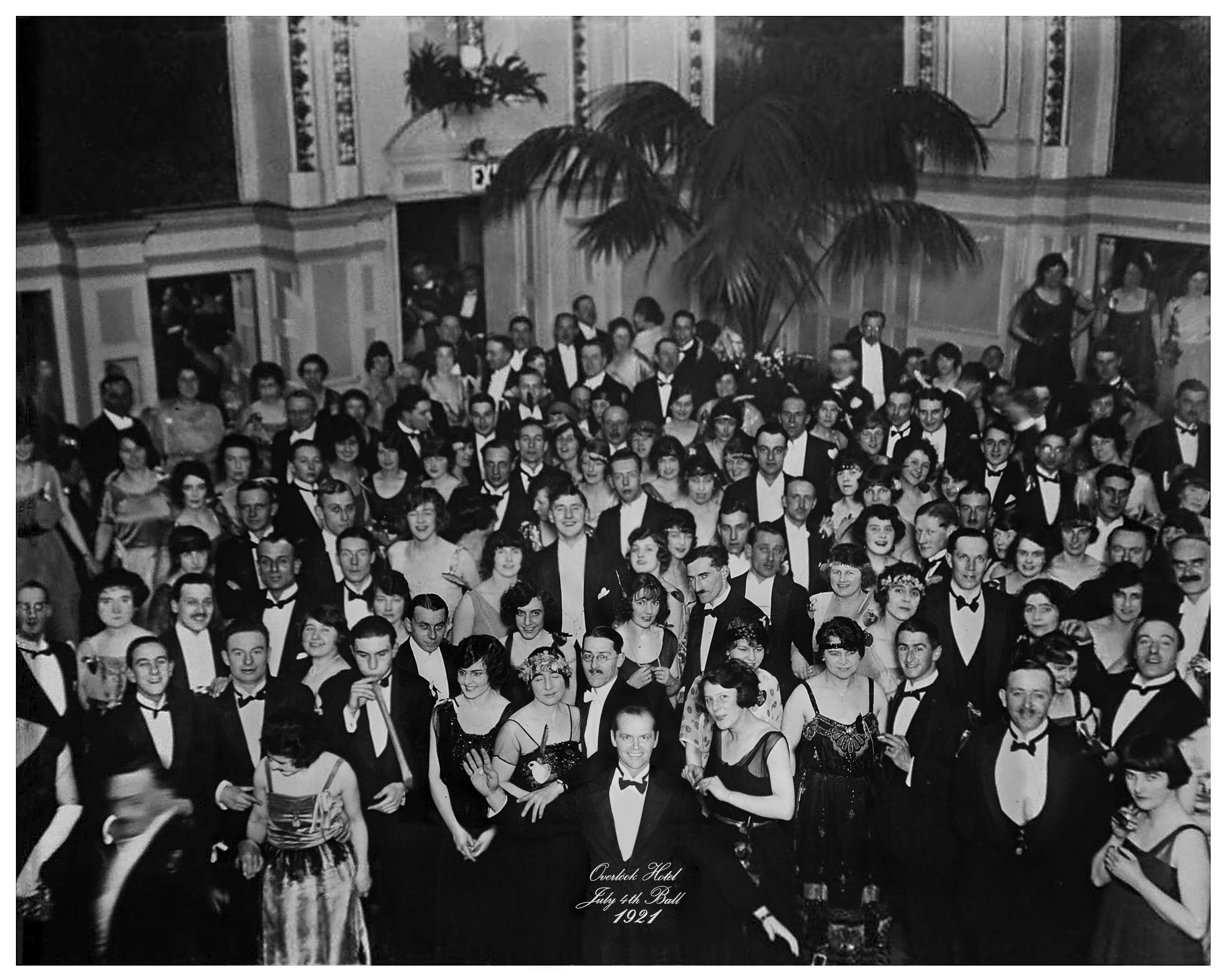 I find myself staring at it often, and for long periods of time. The more I look at it, the more I recognize people, not actors I mean, but people I know in my personal life. I shared this with a few friends and they could recognize people as well. Granted, I wasn’t trying to find anything, I just find the photograph interesting and then I started recognizing people. Though, if you think about anything for long enough, you’ll start “seeing things”.

It makes me think of those paintings that if you stare at long enough, reveal other layers or The Number 23, whether mathematically, the number 23 has any significance, or whether it’s a trick that can be done with any number, I’m not sure. Perhaps, if you stared at any large group photo long enough you’d see people that felt familiar because there’s a large enough grouping of different faces and types.

Considering the importance of the shot, it goes without question that Kubrick put a lot of thought into the photo. But, was the only important emphasis Jack, or do others in the photo serve a more important purpose as well, and moreover, are there any hidden messages?

Did they just dress up a bunch of extras to be period appropriate and throw them in the background, or was every face, facial expression, hairstyle, wardrobe choice, height, weight, male : female ratio and position, etc. carefully and meticulously thought out? Possibly for the purpose of having such an eclectic group of different people that most in the audience would be able to recognize someone, to feel more attached, drawn in or disturbed?

It’s easy to find meaning where there isn’t any, especially when scrutinizing Kubrick, so there’s no way to say anything for sure. Maybe I’ve just gone mad staring at this photo? Regardless, I still think it works, maybe not for everyone, but give it a try (it could take minutes or it could take weeks) and let me know what your findings are in the comments below.

UPDATE — According to the commenter below, the image is actually real, not actors, but apparently real people at a real ball from the 20s, meaning that all those people are actually dead, adding an even more creepy layer to the photograph.

UPDATE — Original photograph here. But, the question remains, what is this photo, where is it taken, who is the man originally front and center?