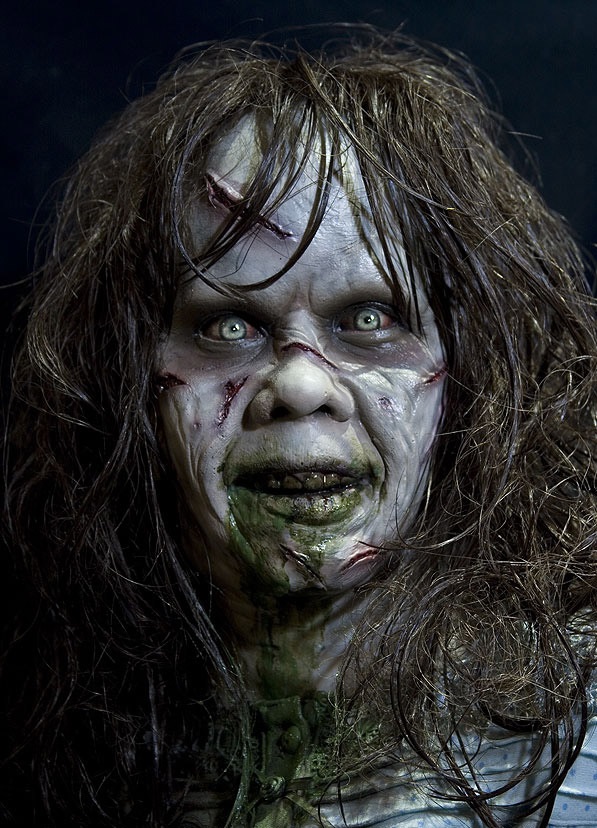 Few horror movies have been referenced, paid homage to and parodied more over the years than The Exorcist, which turned the ripe old age of 40 just last year.

Chock full of imagery that’s equal parts memorable and terrifying, from the titular character arriving at the home of a possessed young girl to that possessed young girl shoving a crucifix into her female parts, The Exorcist is as iconic as horror movies get, and so it should come as no surprise that many fans have paid tribute to it over the years.

Today, we take a look at four awesome music videos that were heavily inspired by The Exorcist, and which essentially serve as musical remakes of the film. So sit back, relax and enjoy!

We kick things off on a fittingly horrifying note, courtesy of the Danish black metal band Tenebris. Released by the band at the tail end of last year, for their song ‘Hexis,’ this gory video manages to do what few Exorcist clones have been able to do over the years: disturb, and inject ample amounts of nightmare fuel directly into the soul. If you’re creeped out by the strange bodily movements characteristic in people who are possessed by demonic forces, then I must warn you to proceed with caution!

We learned in The Exorcist that the power of Christ has the ability to expel demons from the bodies of young girls, but what about the power of music? Is that as compelling? In this 2011 video from post-hardcore band Rival Schools, for their song ‘Wring it Out,’ the dudes put the power of their music to the ultimate test. Are they able to wring out that demon? You’ll have to watch to find out!

With lyrics like “He won’t stop until I’m dead, that’s the only way to make him leave,” pop-punk band Direct Hit‘s song ‘Satan Says’ was ripe for an Exorcist-inspired music video, and they gave it one in early 2013. Vocalist Nick Woods considers The Exorcist to be one of his favorite movies of all time, and he and the band filmed this fun video in his parents’ garage. In it, they also attempt to use the power of music to save a young girl from the grasp of the Devil… or, is it the music that’s driving her mad, rather than the Devil? I’ll let you decide!

Electronica act Mystery Skulls became the latest band to homage The Exorcist, with this just released video for their song ‘Ghost.’ The video hit the net this week, and it’s one of those videos that’s better enjoyed and experienced for yourself, than it is talked about. So if you’ve ever wondered what The Exorcist would’ve been like, if Father Merrin had sick dance skills, then click the play button above and enjoy this wild and whacky take on the film!

As an added little bonus, here’s horror-punk band Murderdolls‘ song ‘Love At First Fright,’ which was based on The Exorcist. Their official music video doesn’t homage the film – go figure – but the song most definitely does, so this is just a video that some fan made, with the song playing over top of snippets from the film. Lyrics are provided, so feel free to sing along as you watch!