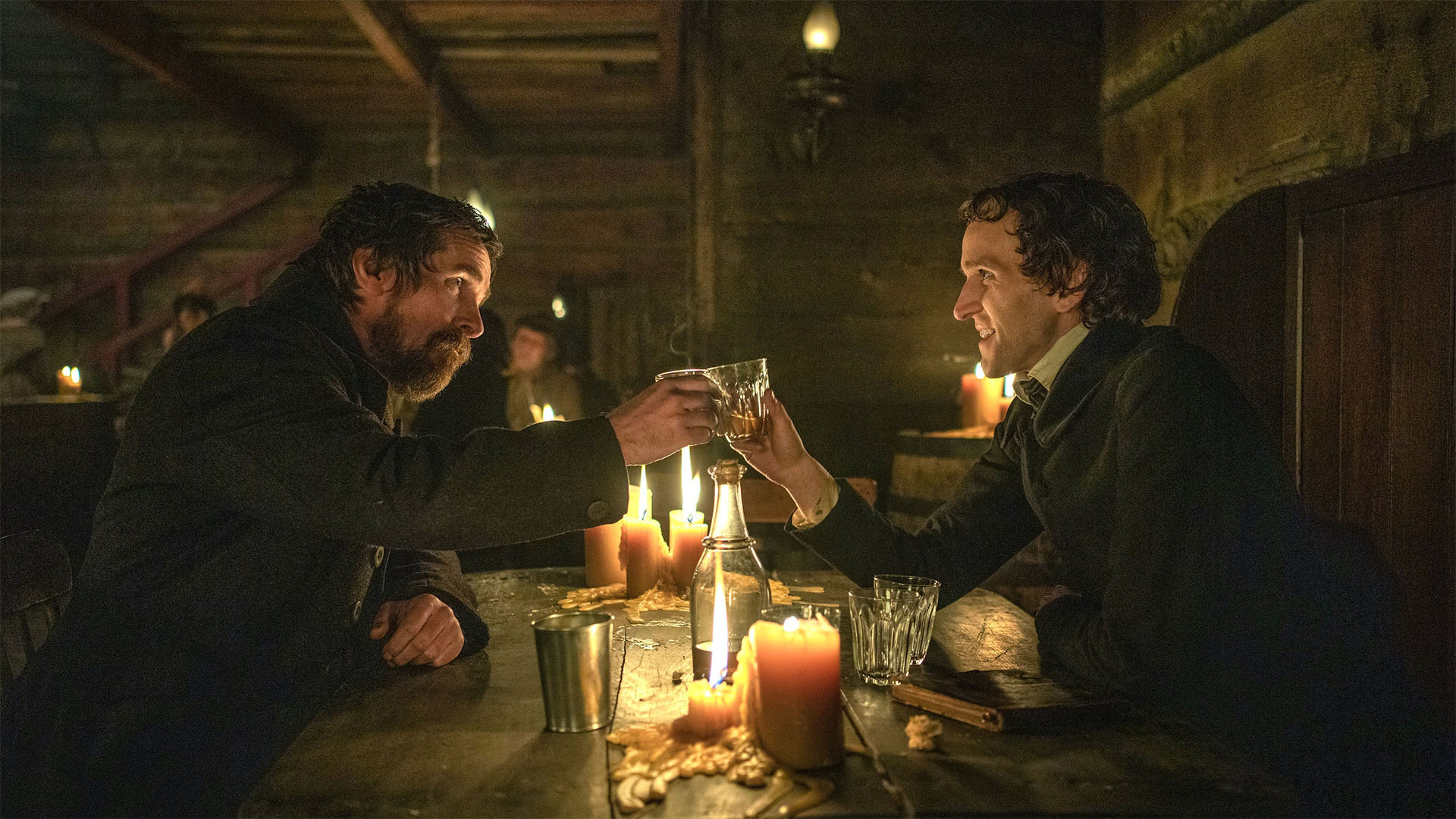 Netflix’s The Pale Blue Eye is really trying as a self-serious mix of thriller, murder mystery, and period piece drama. Following in the blood trail left by Christopher Hatton’s artful, but mediocre Raven’s Hollow, Scott Cooper’s The Pale Blue Eye follows a shadowy story of mutilation and murder at the famous military academy Westpoint where Edgar Allan Poe (Harry Melling) was stationed for a time.

Christian Bale is the retired detective, Augustus Landor, who investigates the shocking crime, and as he uncovers more clues he works alongside the writer-in-the-making Poe. The latter character naturally is shown as someone destined for this type of macabre setting.

Poe was beyond the genre of horror, though. He also presaged the modern detective thriller novel with The Murders at the Rue Morgue, nearly half a century before Sherlock Holmes. Plopping the historical character into horror scenarios is naturally going to be a thing for any movie to attempt, but here the setup feels a bit amateurish and rote, even with all the natural scenery on full display as the pair investigate a series of chilling cult-related murders.

The movie is beautifully lensed by Masanobu Tayanagi (Swan Song) with a penchant for the natural world draped in dark shadows and natural lights of the time. The sense of place is there even if the story is a bit wispy, like tendrils of blood from a dead man’s hand dissolving in a bathtub.

Cooper’s directorial style surprisingly doesn’t ponder too much over Poe and his predilections as a storied American author. The obligatory raven shot or grisly murder scenes are here, but The Pale Blue Eye works on a base level even for Poe neophytes. Cooper’s richly gothic screenplay is adapted from a Louis Bayard novel and skirts around the supernatural for a bit, but never fully commits to that genre in the end.

The main mystery we are unraveling isn’t really the biggest draw. The character work and dialogue between Landor and Poe in the movie is better than the rusty machinery of plot mechanics. Melling is the better of the two and Bale does give him the real space to create the spooky atmosphere that is needed for this type of role. He’s an actor that can do a lot with small gestures and hushed deliveries, which softens the character’s edges since he can be a bit of a narcissist at times.

The detective duo continue to investigate Dr. Marquis’ family throughout the film. Gillian Anderson commands attention in all her scenes as Mrs. Marquis and Lucy Boynton (Chevalier) quickly steals Poe’s heart. Robert Duvall and Charlotte Gainsbourg complete the main cast, but Bale and Melling are obviously pulling most of the weight here as the 1830s true detectives on the case.

The Pale Blue Eye is a capable film about Edgar Allan Poe solving Poe-esque murders. Cooper has directed it with a cliché setup but he manages to squeeze out enough drama and thrills from his actors. If nothing else, it trains more pale eyes on The Queen’s Gambit actor Harry Melling’s next few roles.

The Pale Blue Eye is in US theaters now and premieres on Netflix January 6th. 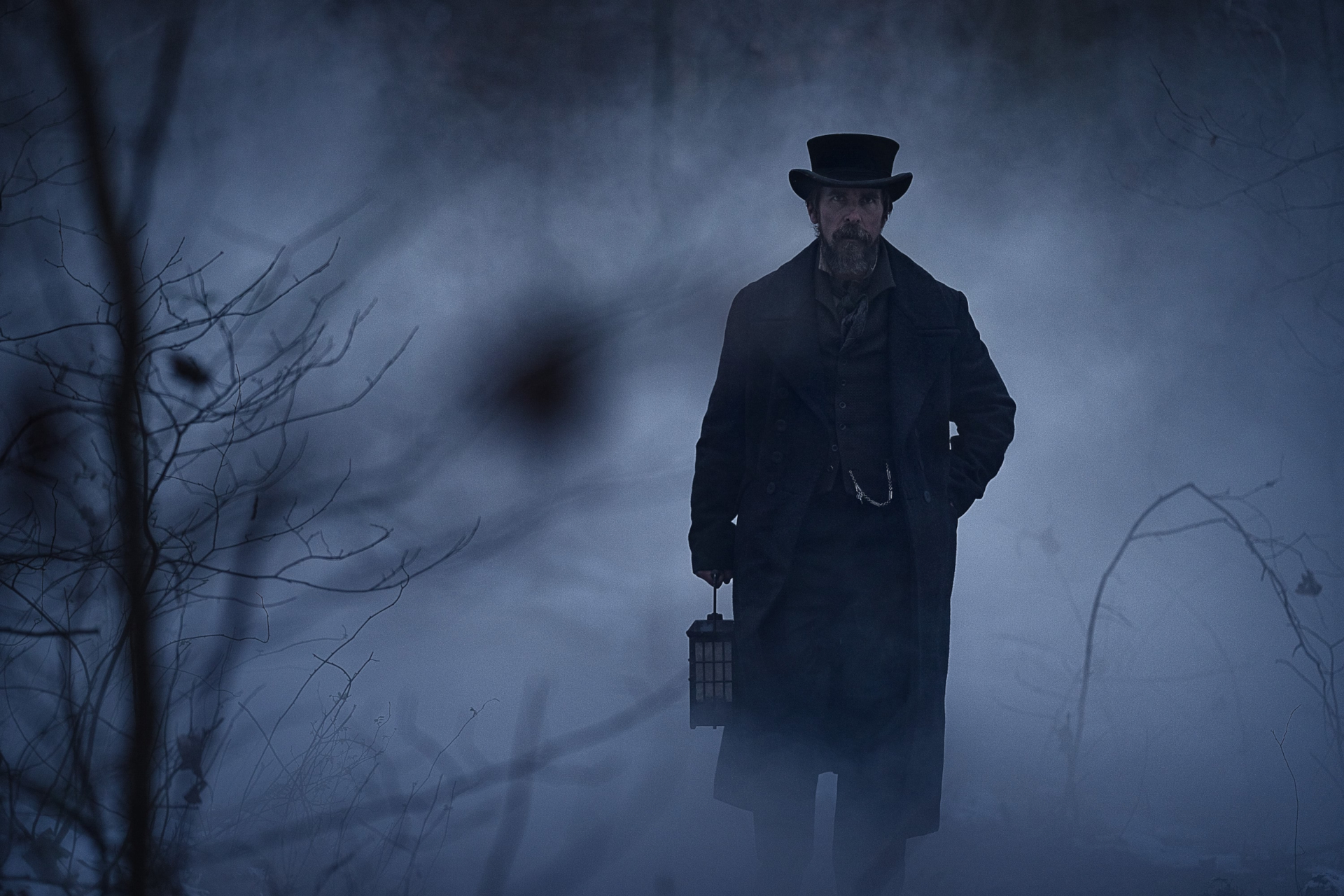