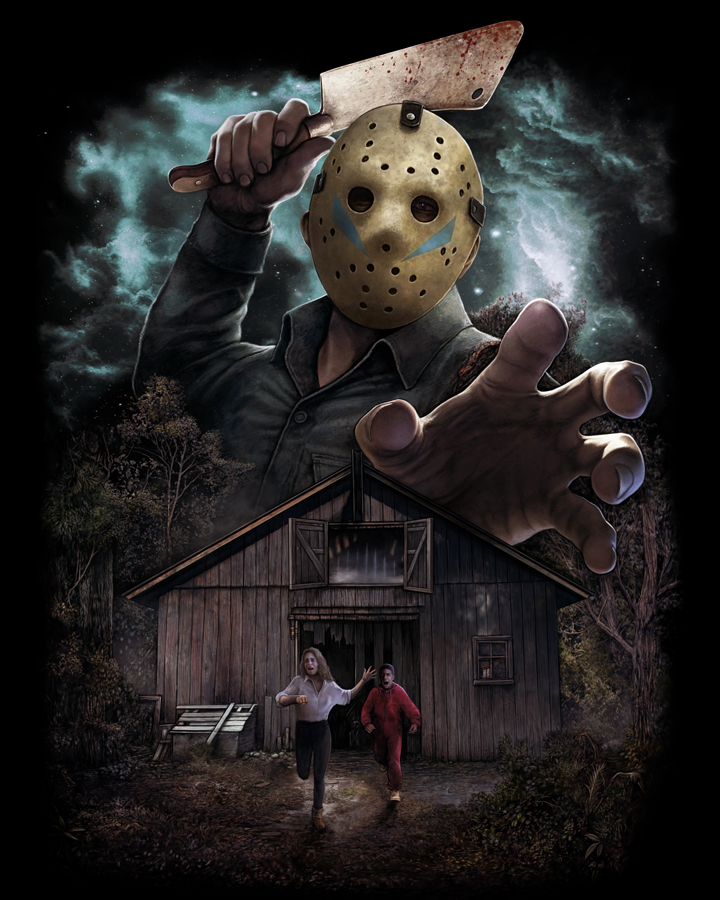 Today brings good news and better news. The good news is that today is Friday the 13th. The better news is that it’s merely the first of three this year. As always, Fright Rags kicks off the festivities with an awesome new t-shirt, this one based on unfairly-maligned sequel A New Beginning. The shirt is available for 24 HOURS ONLY, and you can grab yours for $18. Just make sure to place your order before the end of the day. 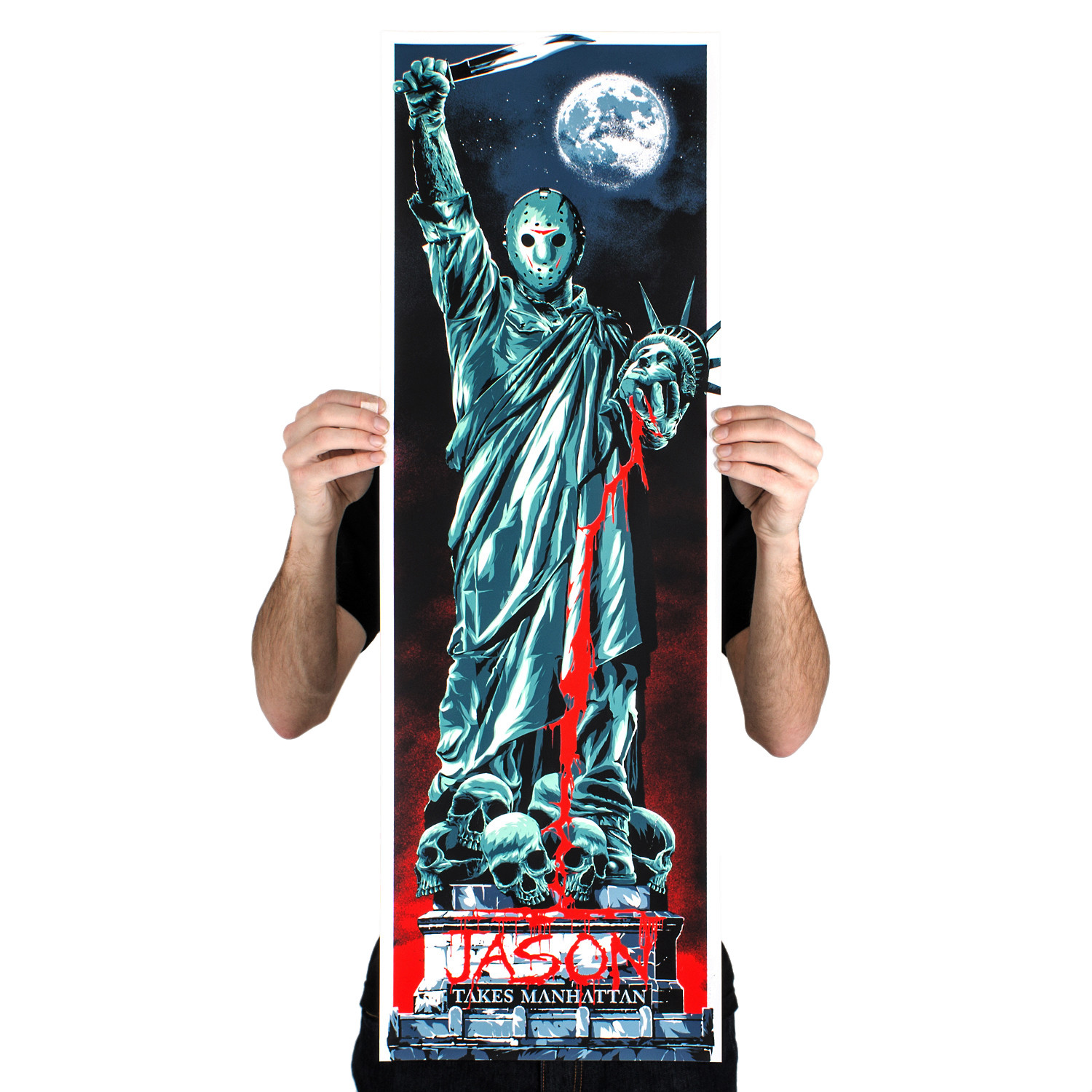 Another company celebrating Jason’s big day with new products is Kyle Crawford’s Electric Zombie, who put all sorts of goodies up for grabs today. The ’13 Collection’ includes Madballs-style Jason Voorhees toys and various posters, the coolest of which is this one for Jason Takes Manhattan. Done up by Anthony Petrie, the 12″x36″ poster is a limited edition of 50, so don’t hesitate on this one. 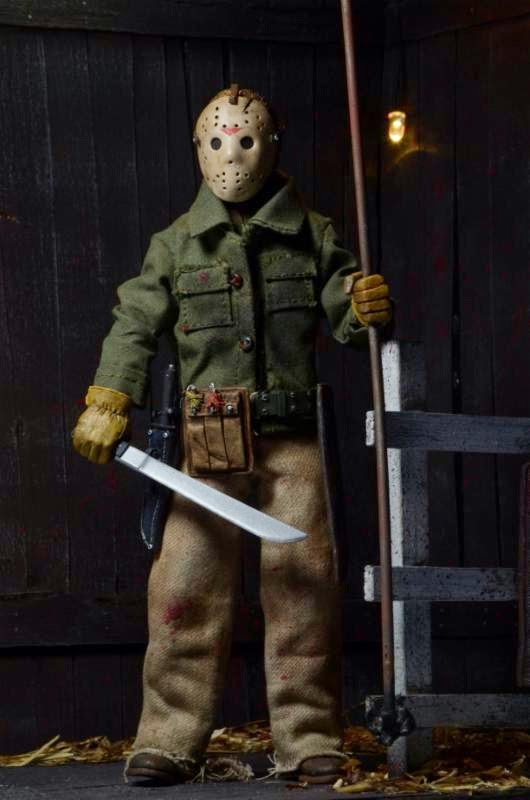 In addition to being Friday the 13th, today is also the first day of New York’s Toy Fair, and this morning NECA unveiled the first look at their upcoming retro-style Jason Lives action figure. Previous retro releases from the company include Jason from parts two and three, as well as NES Jason and even ‘Imposter Jason.’ It looks like they’re giving every incarnation of the slasher iconic their retro treatment, so my money’s on New Blood being next. Also, where the hell is my Tommy Jarvis toy, NECA?! 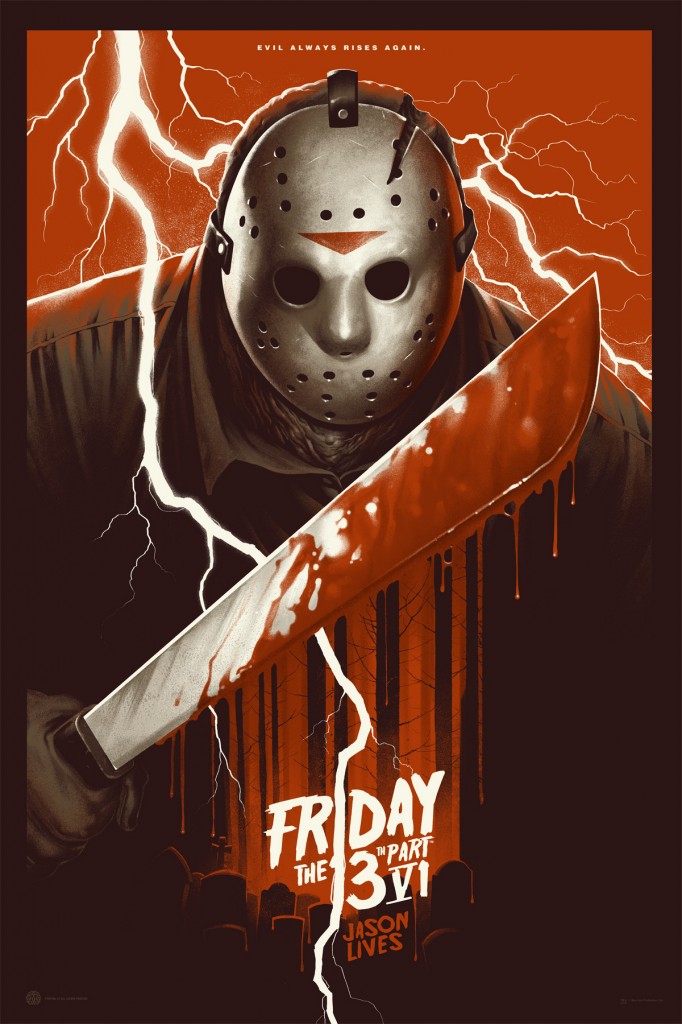 Speaking of Jason Lives, famed art boutique Mondo got in on the Friday the 13th fun today with this limited edition poster, done up by Phantom City Creative. At the time of posting this, limited numbers of the poster are still available, though if Mondo’s past releases are any indication, they won’t be lasting much longer. So this is another one that I strongly encourage you to snag while you can. It’ll run you $45. 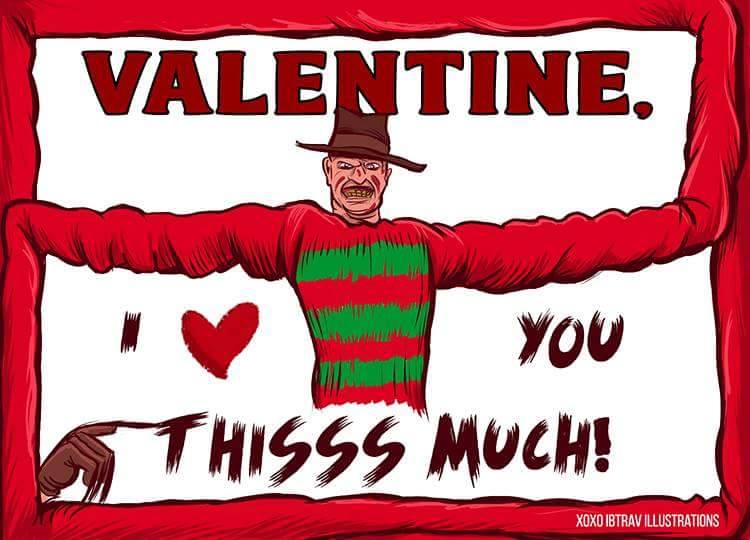 While today may be Jason’s day, tomorrow is of course Valentine’s Day, and all you young lovers out there can take the comfort in the fact that Jason will be way too exhausted to kill those who decide to spend the day making sweet love. So trust us when we say that you’re safe. You’ll find many horror-inspired Valentine’s cards across the web but this one may be my favorite, courtesy of Travis Falligant. That scene. With the long arms. Still creeps me out. 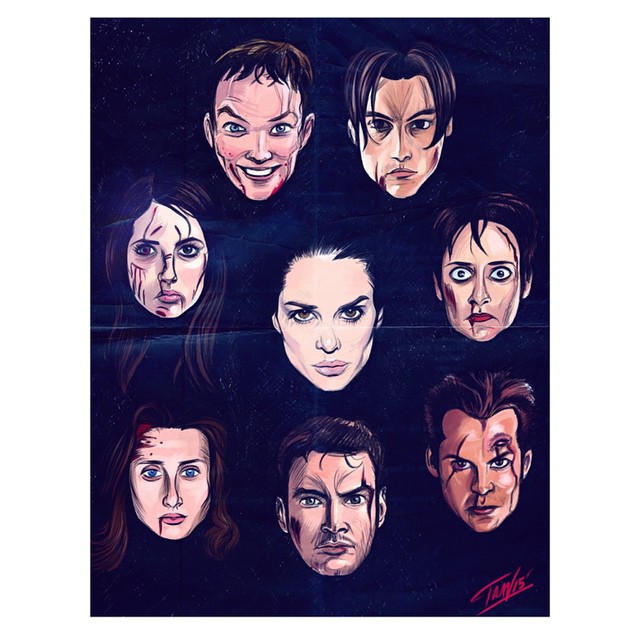 Cavity Colors is celebrating Friday the 13th in their own unique way this month, by releasing this ‘Scream Legacy’ poster. With badass heroine Sidney Prescott in the middle, the poster depicts all the killers who donned the Ghostface mask throughout the franchise, and it’s another gem from Travis Falligant. The poster is limited to only 100, going up for grabs today at 5pm EST. Head over to Cavity Colors to grab one at that time, for $40. 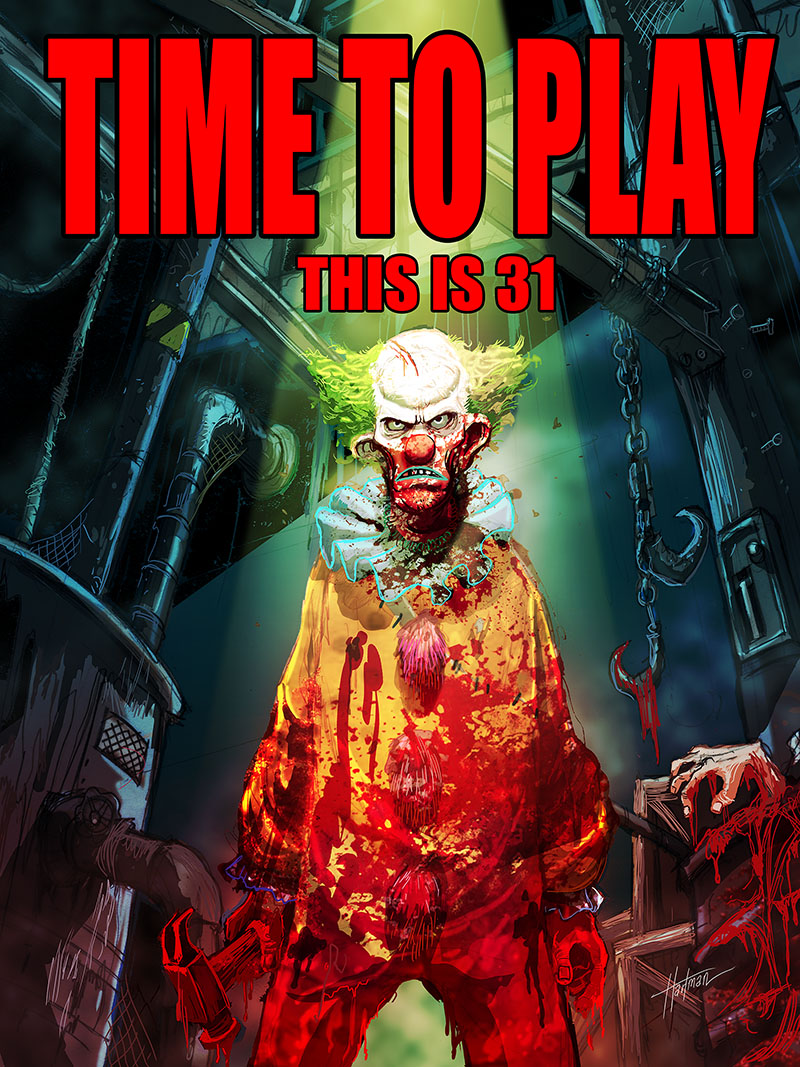 Crowd-funded through FanBacked late last year, Rob Zombie’s upcoming film 31 headed back to the fundraising platform this week, due to overwhelming demand from fans – and this new piece of art was shown off, in celebration. For a limited time, all previous perks are once again available, and several new ones have been added to the mix. So if you missed your chance to be a part of the film last time, head over to the 31 FanBacked campaign to make sure you don’t miss out again. 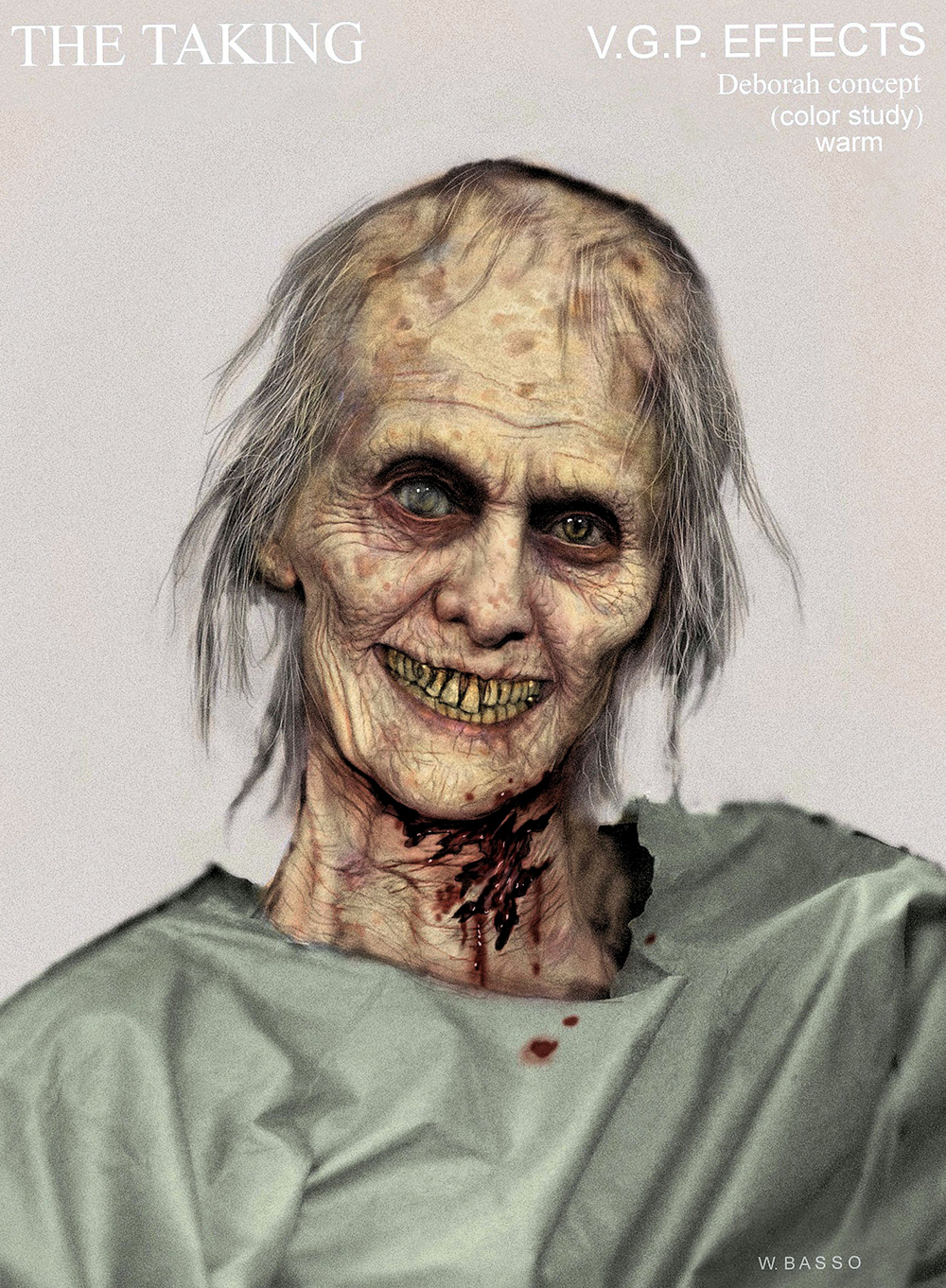 As I’ve mentioned a few times in the past, one of my favorite horror movies from last year was The Taking of Deborah Logan, which sent chills up my spine in a way that few movies have the power to. Earlier this week, Dread Central spoke with effects artist Vincent Guastini about the film, showing off oodles of exclusive photos from the production – including concept art and makeup test shots. If you’re a fan of the film, be sure to head over to Dread and check out the gallery.

Enjoy the day, friends. And be safe out there!