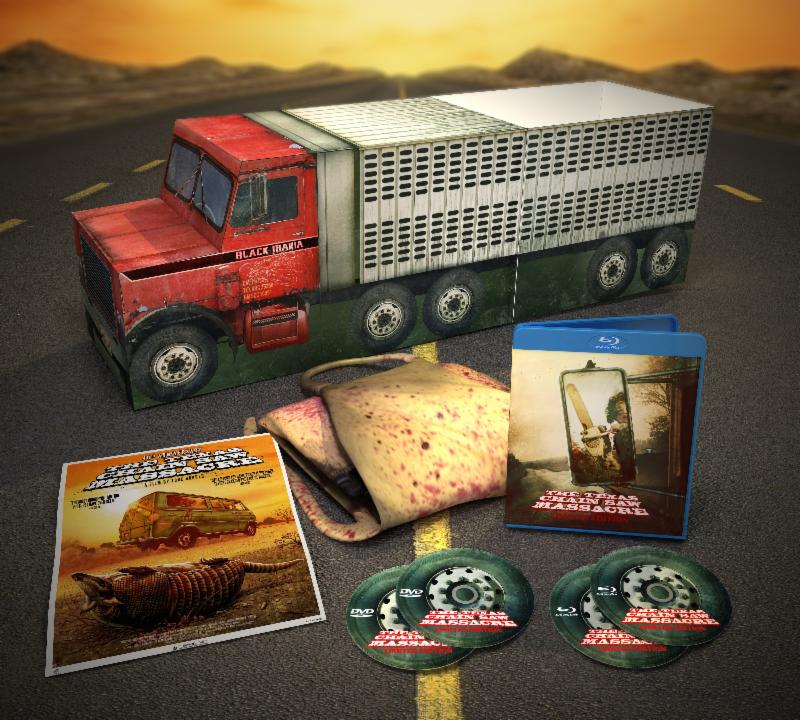 There was both sad and awesome news on the Texas Chain Saw Massacre front this week, the sad being the untimely death of star Marilyn Burns, who played Sally Hardesty in the film. It was incredibly nice to see an outpouring of love not just from the horror community but even from non-horror outlets in the wake of her passing, which just goes to show the power of her performance and how integral a part Burns was to making the film such an enduring and iconic piece of cinema.

This year marks the 40th anniversary of Chain Saw‘s original release and a special Blu-ray set is headed our way in celebration, dubbed the ‘Black Maria Edition.’ The four discs, which boast a brand new transfer of the film, will be housed inside a replica of the cattle truck seen at the end of the movie, and the set also includes a bloody apron and mini poster. It’ll be available exclusively through Gorgon Video on September 16th, and will hit other retailers on October 14th. 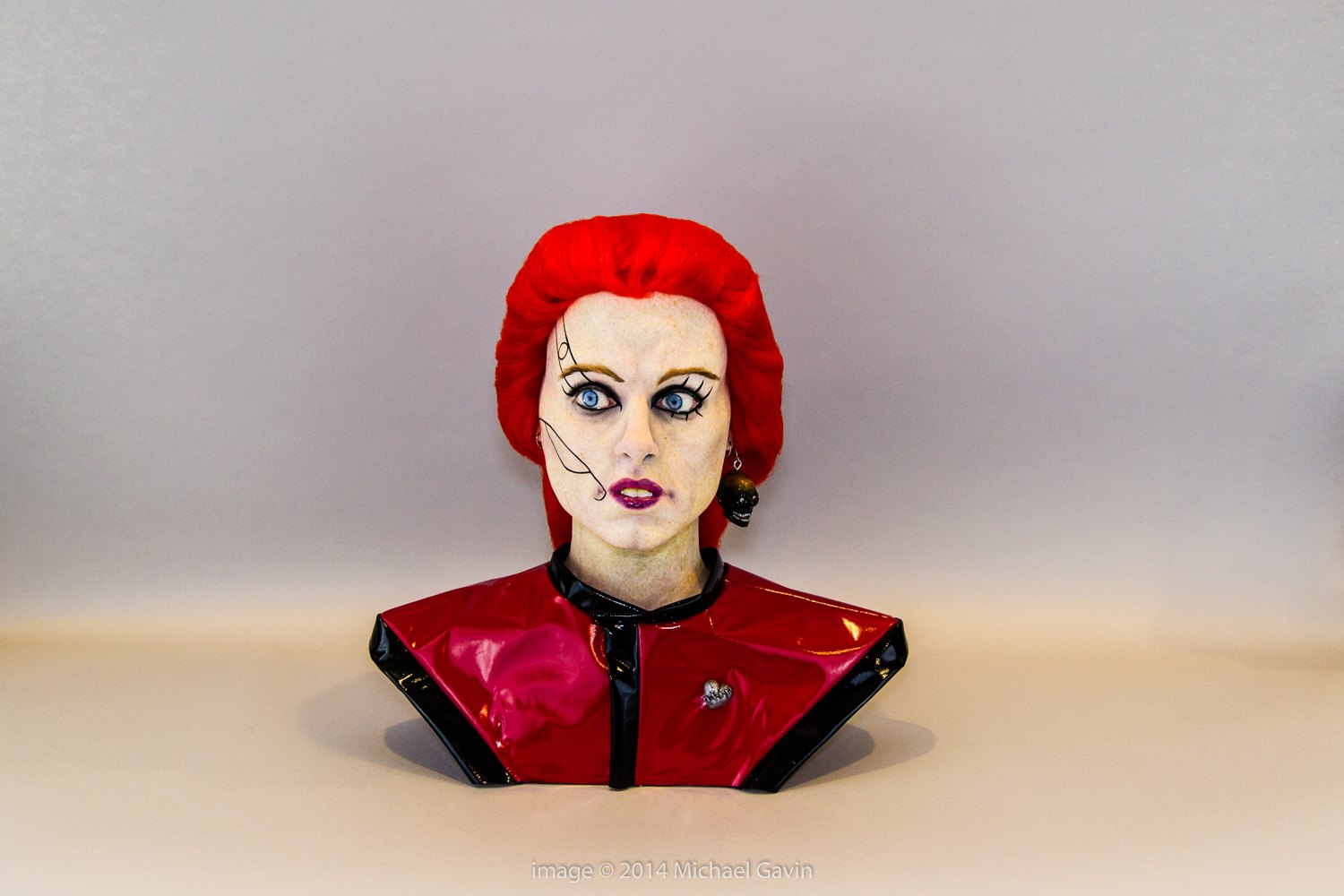 The It’s Alive Project is an annual charity art event benefiting the St. Jude Children’s Research fund, and this year artists from around the globe were tasked with putting their own unique spin on a Bride of Frankenstein bust, using their skills to turn the iconic Bride into something – or someone – entirely different. Images of all the submissions hit the It’s Alive Project’s Facebook page this week, and one of my favorites is this one from Monte Ward, which turns the Bride into Return of the Living Dead‘s Trash. Be sure to check out the full gallery, which is jam packed with some of the downright coolest art I’ve ever seen. 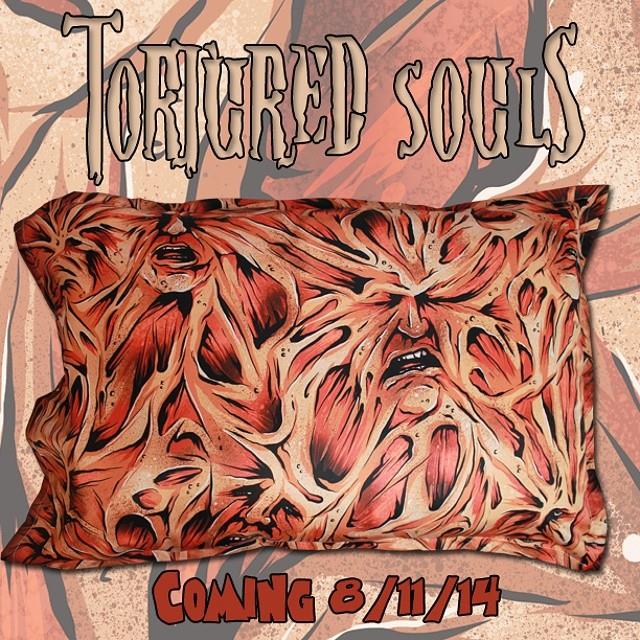 This coming Monday, Horror Decor unleashes a collection of products inspired by Freddy’s melted flesh, including this ‘Tortured Souls’ pillowcase. Also available will be a pot holder and a pillow with the same print, paving the way for August 18th’s release of FOUR different Freddy Krueger Horror Buddies – a joint partnership between the company and myself. More on those next week, here in the HL weekly image rundown! 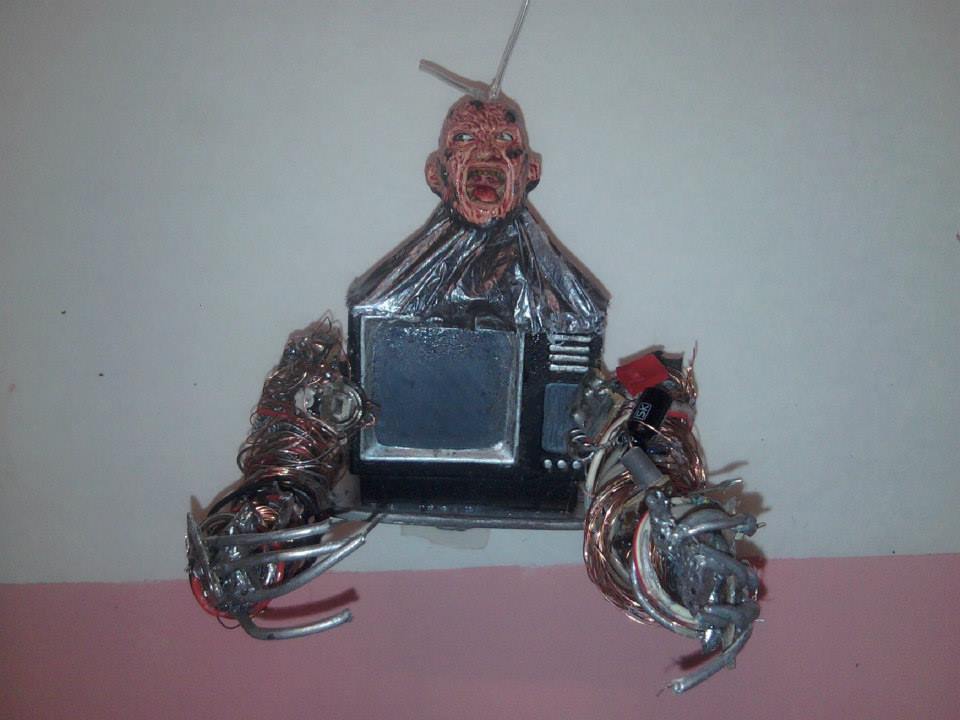 Toy customizer Rickey Williams was brought to my attention this week, and he’s whipped up all sorts of Elm Street customs that are quite frankly to die for. In addition to a figure of Dan on his ‘death bike’ from Dream Master, Rickey also made this awesome Dream Warriors custom, recreating Jennifer’s legendary ‘Welcome to prime time, bitch!’ death scene. Would love to see something like this mass produced, as it’s one of my favorite moments from the franchise. 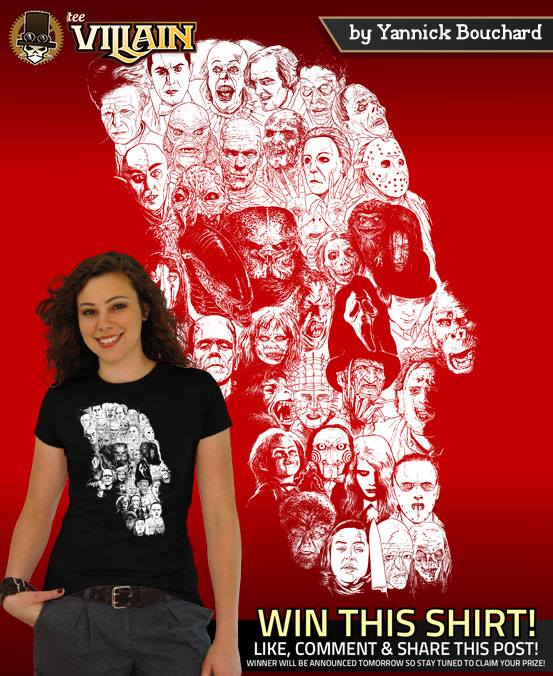 Today’s shirt of the day over on Tee Villain is this awesome ‘Horror Skull’ design, with the faces of the biggest and best horror icons coming together to form the shape of a human skull. It’s available in several different colors, for men, women and even kids, so head over to Tee Villain to grab one before it’s gone. And while you’re at it, see if you can name every character depicted, which should be pretty easy for most of you! 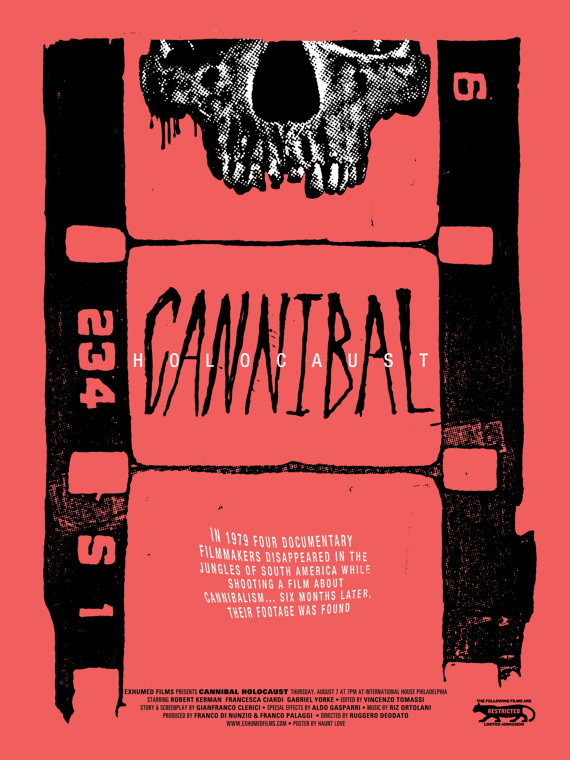 As a vegetarian who hates to see animals suffer, no matter the reason, I’m one of those horror fans who doesn’t exactly approve of the animal cruelty on display in Cannibal Holocaust. What’s done is done, and I don’t demonize the movie or director Ruggero Deodato for what was done, but let’s just say it’s the DVD’s ‘Cruelty Free’ version that I choose to watch. It’s for that reason that I love what Haunt Love decided to do with their new Cannibal Holocaust poster, with 100% of the proceeds from its sale going directly to a Philadelphia animal shelter. An awesome poster and a damn good cause, and I salute Haunt Love for turning a negative into a positive. Well played, fellas. 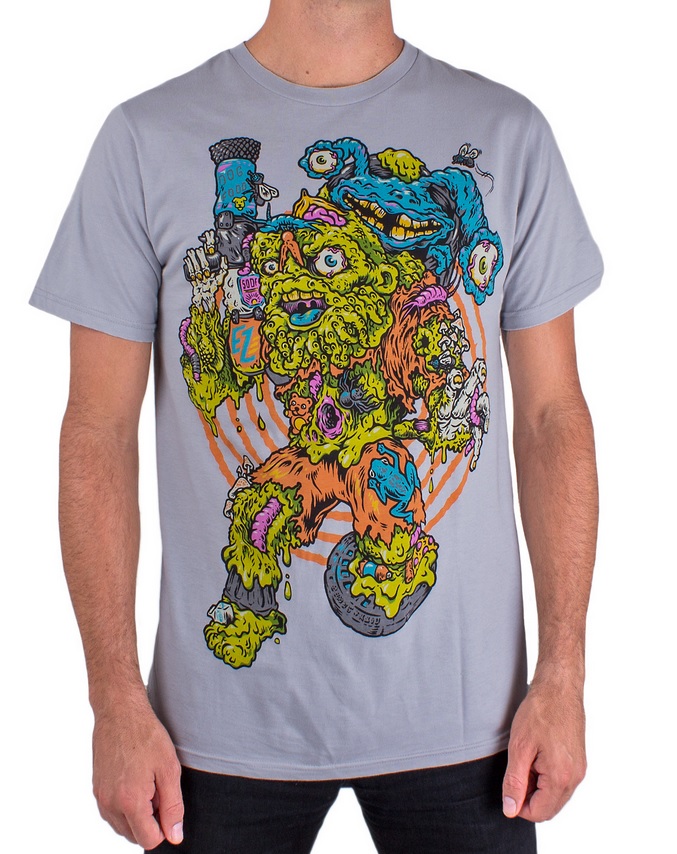 As a tie-in with this weekend’s release of the Michael Bay-produced Teenage Mutant Ninja Turtles movie, clothing company Electric Zombie put up for grabs an entire Turtles-inspired line, including t-shirts and posters. My favorite of the new offerings is this Muckman shirt, a disgusting mutant seen in the 1987 TV series and released in the original Playmates toy line. Always loved Muckman as a kid, likely because he reminded me so much of the Toxic Avenger! 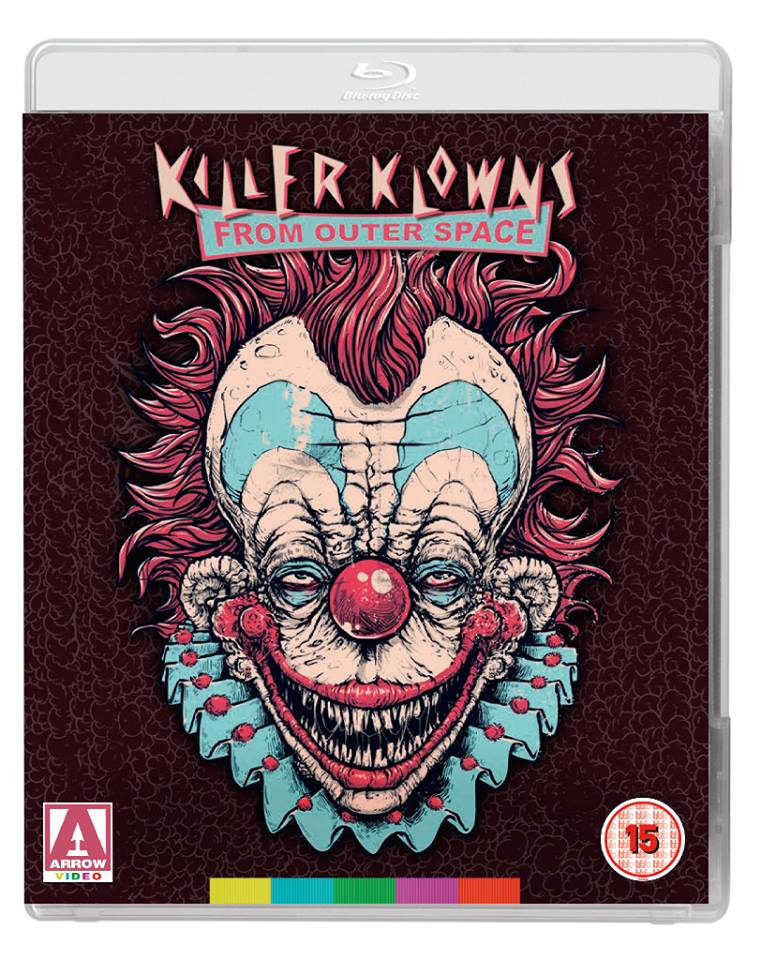 And finally, UK home video label Arrow Films & Video announced this week that they’re releasing Killer Klowns from Outer Space on Blu-ray on September 15th, which will have a reversible sleeve featuring both the original poster art and this snazzy new art. There’s also going to be a special Steelbook edition, and you’ll find all the info over on Arrow’s Facebook page. It will be a Region 2 release, so those inside the United States will need a Region Free player in order to watch the disc.