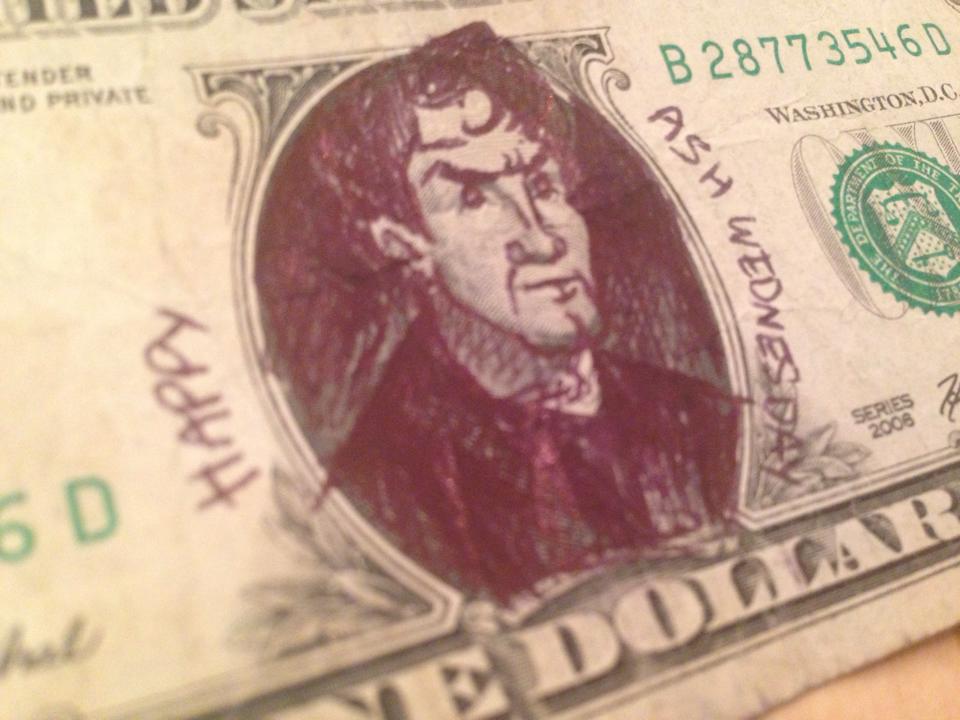 This past Wednesday was of course Ash Wednesday, where Christians smear ashes on their foreheads and horror fans post pictures of Evil Dead‘s Ash Williams on their social media accounts. As always, my feeds were completely cluttered with images of Bruce Campbell, and this clever makeover of the $1 bill was my favorite of them all. Tempted to do this on all the bills in my wallet… of which there aren’t many. For I am broke. Sad face. 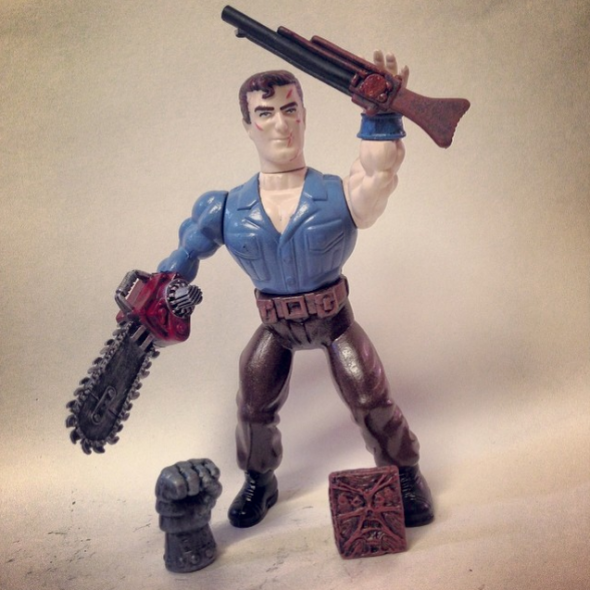 Speaking of Ash, ManOrMonster? Studios put a very limited number of these Ash customs up for grabs on Wednesday, in celebration of the boomstick-wielding badass’ big day. There was also a bloody variant, and both sold out almost immediately. If Ash was a Masters of the Universe character, this is what his action figure probably would’ve looked like! 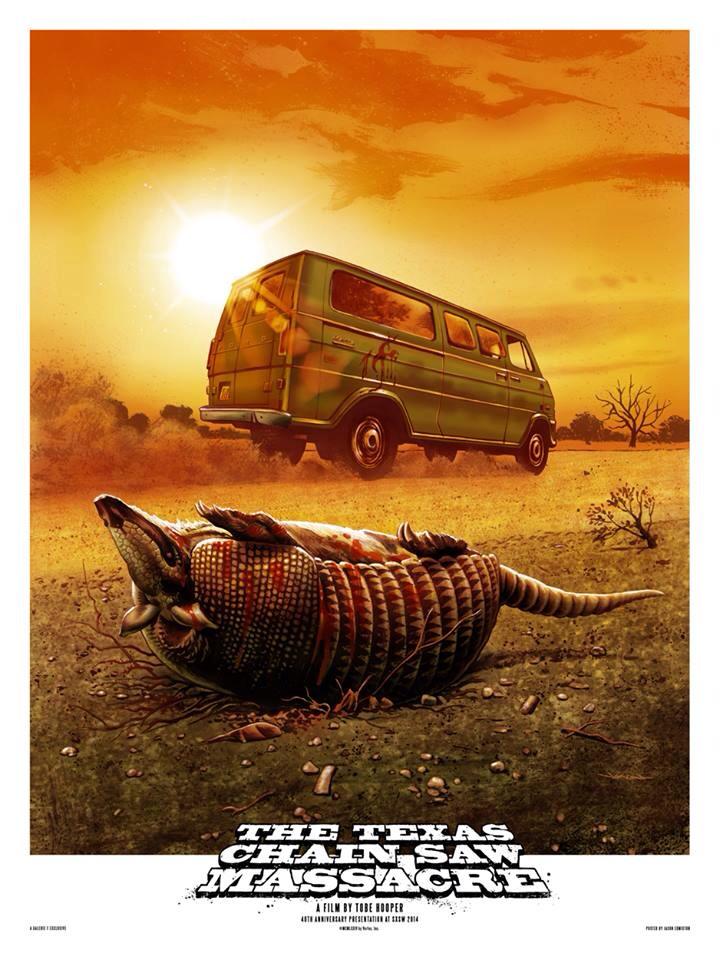 The original Texas Chainsaw Massacre is set for theatrical re-release sometime this summer, and yesterday saw the unveiling of this poster art for the revival, courtesy of artist Jason Edmiston. The film has been fully restored, and Tobe Hooper says it looks better than it ever has before. Color me excited! 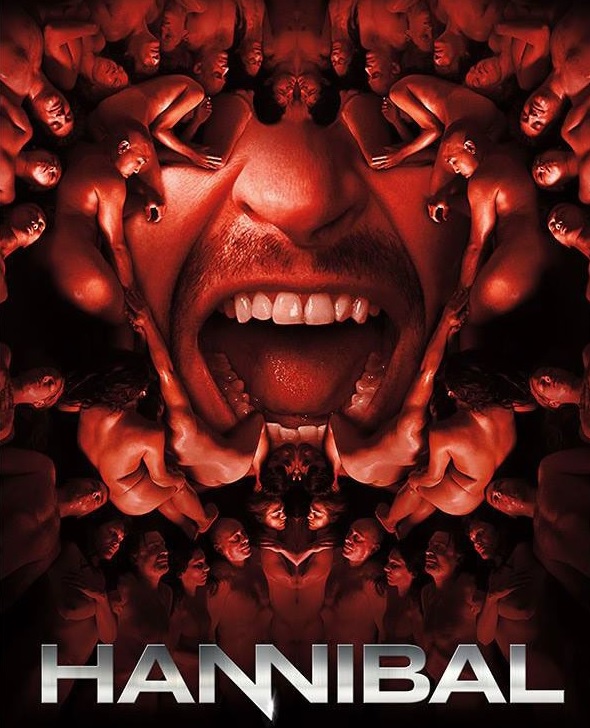 The second season of NBC’s Hannibal kicked off last Friday night, and a brand new episode airs tonight. This incredible piece of promo art hit the net earlier in the week, which teases the sheer madness that’s still yet to come. Absolutely LOVE this show, and can’t wait for tonight’s episode. 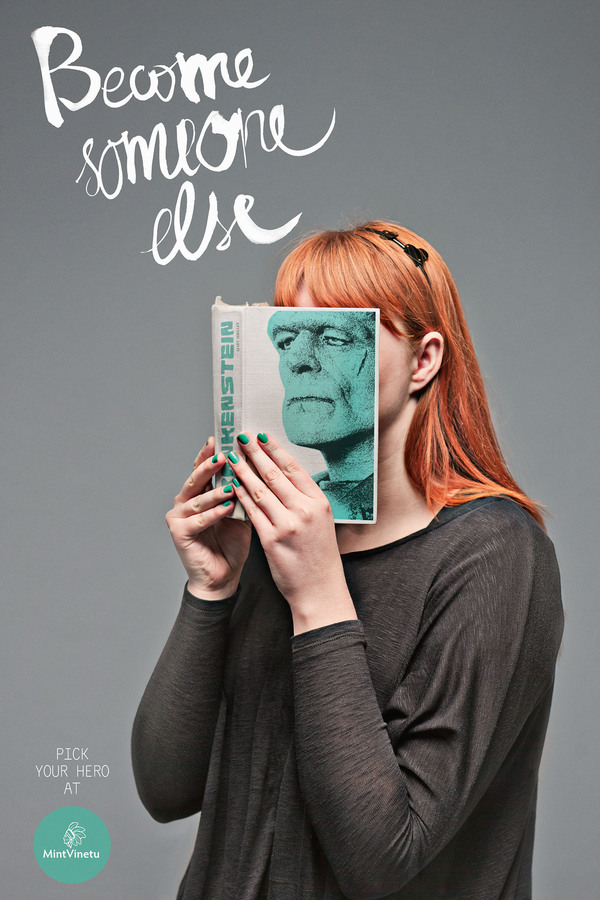 This clever ad for online pre-owned book retailer Mint Vinetu really caught my eye, encouraging readers to immerse themselves in fictional worlds and ‘become someone else.’ If all ads for books looked like this when I was in school, I probably would’ve read a whole lot more of them than I did! 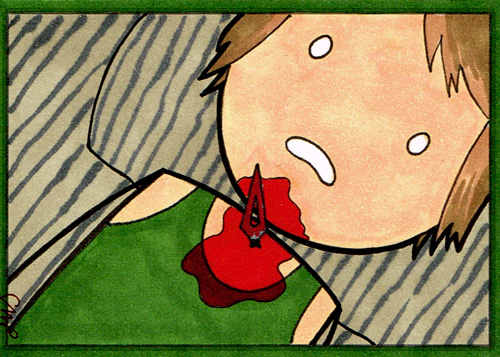 Blogger Stacie Ponder launched a new Tumblr blog this week titled Friday the 13th: Death Count, which she’s updating daily with fun drawings of Jason’s many victims, in chronological order. A project to keep an eye on, if Jason’s your slasher villain of choice!

The Academy Awards were held last Sunday night, where host Ellen DeGeneres took a memorable ‘selfie’ with some of Hollywood’s biggest stars. If you were wondering what a similar picture would look like, if taken exclusively with horror icons, then look no further than this clever Photoshop job, courtesy of the always entertaining blog Kindertrauma! 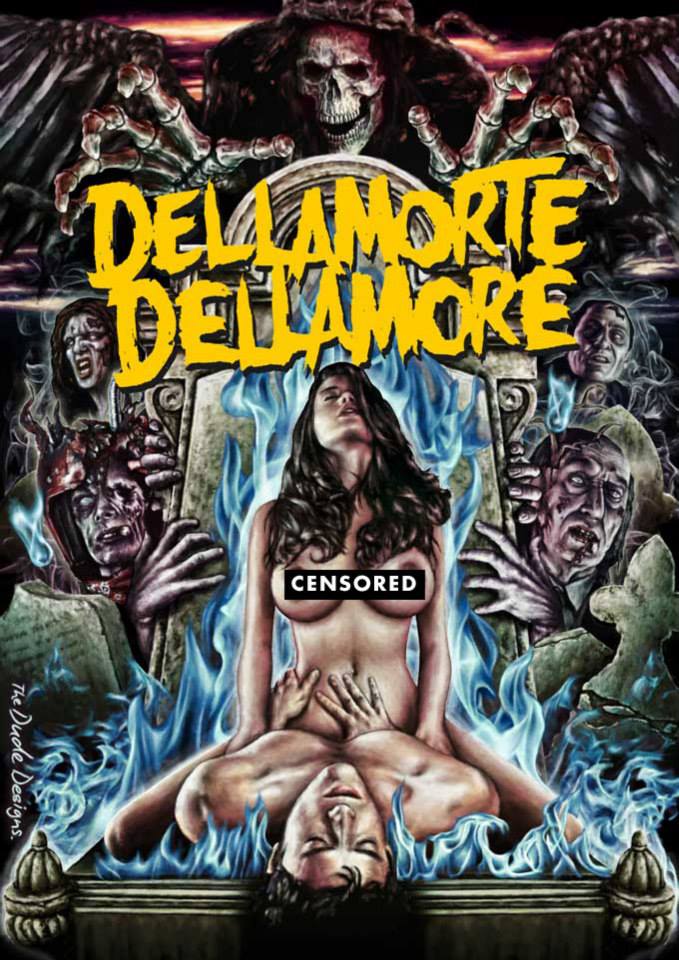 And last but certainly not least, it was announced this week that the cult classic Cemetery Man (aka Dellamorte Dellamore) is getting a special edition Blu-ray release over in Germany, which even includes a 3D version of the film. It’s set for release on April 2nd, and you can learn more, and see the fully uncensored art, over on The Dude Designs!