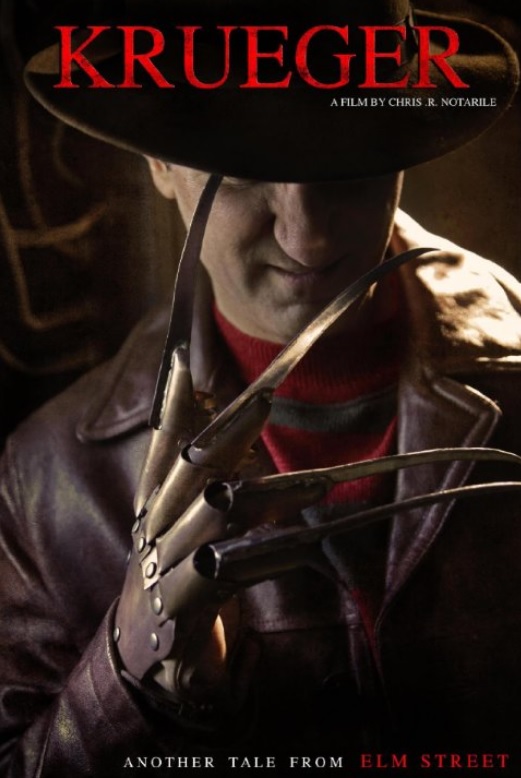 It was announced just a few weeks back that New Line Cinema is essentially coming back from the dead, at long last becoming a separate entity from parent company Warner Bros., primed and ready to once again regain its former status as a dominant name on the horror scene.

New Line is oftentimes referred to as ‘The House that Freddy Built,’ because it was the Nightmare on Elm Street films that really put the company on the map. It is for this reason that I can’t help but feel that the re-branding of New Line could very well lead to the return of Freddy, which is something I welcome with open arms.

Given the fact that most fans agreed that the 2010 Elm Street reboot was a total turd, I’m willing to bet that the next time we see Freddy back up on the big screen it’ll be in the form of another attempt at rebooting the franchise, much the same way that properties like Spider-Man and The Incredible Hulk have been rebooted several times over, in an effort to get it right.

Personally, what I’d love to see from the next Elm Street film is a prequel to Freddy’s reign of terror as the dream demon, or at least a film that heavily delves into that largely (and surprisingly) unmined territory.

As I mentioned a few weeks back, the closest we’ve ever really come to an Elm Street prequel was in the pilot episode of the TV series Freddy’s Nightmares, with the films only briefly touching upon the early days of the child murderer.

Of course, this is all just fanboy fantasy, and it’s likely that such a film will never come to fruition. Thankfully, however, horror fans tend to be so passionate about beloved properties that they oftentimes take matters into their own hands and make the kinds of movies the studios won’t, and New Jersey-based filmmaker Chris R. Notarile is one fan who has most definitely taken matters into his own hands.

Beginning in 2011, Notarile kicked off a fan film web-series which he has dubbed Tales from Elm Street, dedicated to telling that origin story that we’ve never quite seen all that much of. To date, four short films comprise the series, which I wanted to share with you today. Unlike most fan films, Notarile’s efforts are actually quite impressive, and I consider them to be must-watch shorts for the diehard Elm Street fan.

So let’s take a bit of a closer look at each of those four shorts, shall we?!

2011’s Krueger: A Tale from Elm Street was the first in the series, which covers the post-arrest interrogation of the Springwood Slasher himself. Freddy creepily taunts Nancy Thompson’s father Donald in this 10-minute 70s-set short, the highlight of which is a great performance by Roberto Lombardi, who does a damn good job of channeling his inner Robert Englund. It’s Lombardi who plays the character in all four of the shorts.

Next up is Krueger: Another Tale from Elm Street, released in 2013. A prequel to Notarile’s first short, this one shows Freddy stalking the streets of Springwood, and picking up a young victim. Though the feature films shied away from the fact that Freddy did more than merely murder children, Notarile doesn’t, which makes this short in particular highly creepy. Really shows the potential of how scary an Elm Street prequel could be, if done properly.

Earlier this year, Krueger: A Walk Through Elm Street hit the net, which serves as a creepy insight into the mind of Freddy. Seemingly normal on the surface, Lombardi’s voice-over narration reveals what Freddy is truly thinking, and in this one we also see his very first encounter with Nancy Thompson. This is the short that originally brought Notarile’s fan films to my attention, and it’s my favorite of the bunch. It’s precisely the kind of vibe I’d love to see from a feature length Elm Street film.

And finally, we wrap things up with Krueger: The Slasher from Elm Street, which just came out a few months ago. Picking up where the previous short left off, this one tells the story of a young boy who has managed to escape Freddy’s grasp, and is on the run from his imminent demise. Juxtaposed with Freddy’s family life as the father of a young girl, this one effectively shows the duality of the character in a way that adds another layer to Notarile’s fan mythology.

To learn more about Chris Notarile and his various fan films, be sure to “like” the Krueger: Tales from Elm Street page on Facebook!