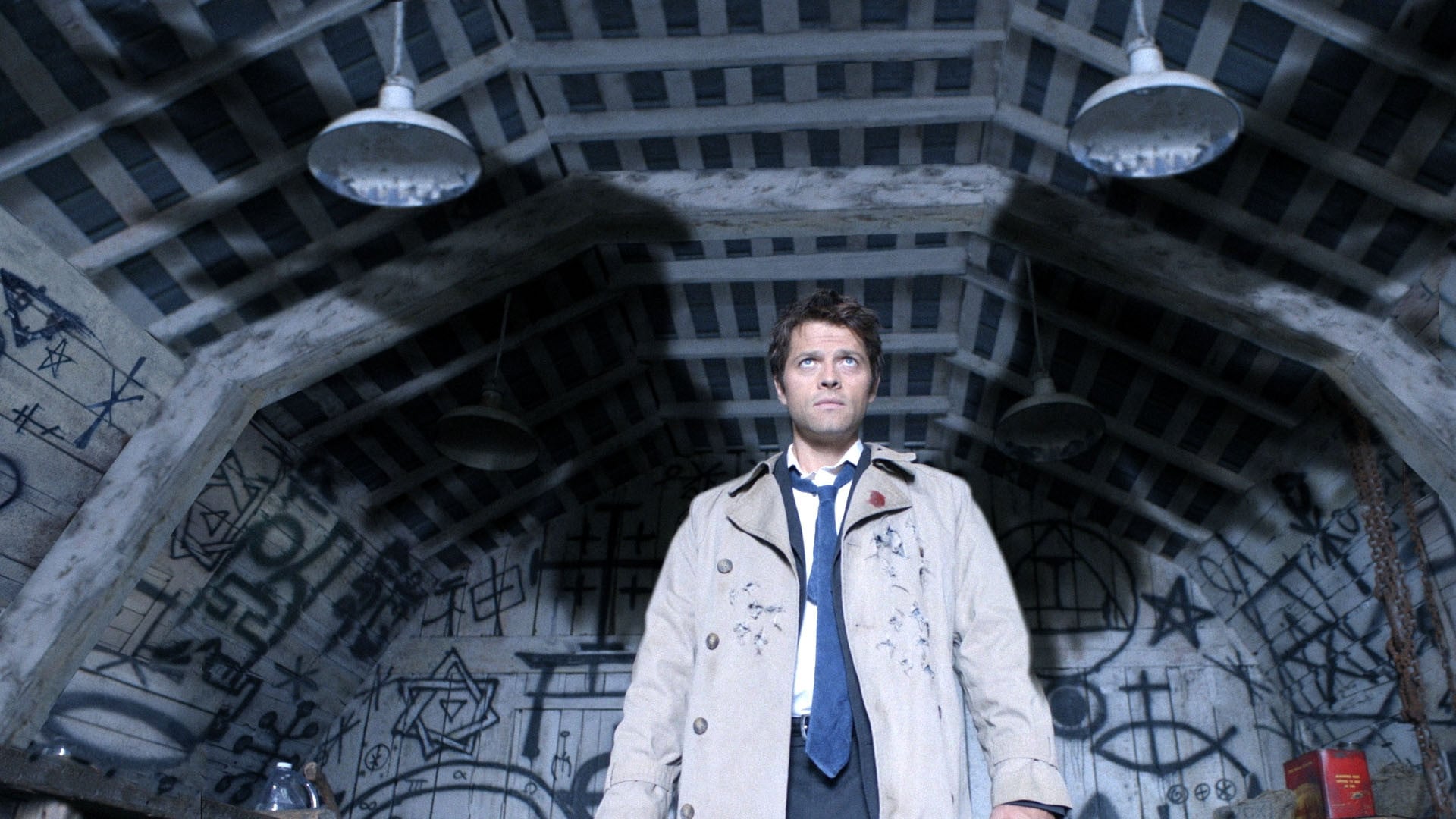 At first glance, Supernatural appears to be nothing more than a soap opera for men, or just another cheesy CW drama for teenagers. And for years, that was my assumption, rolling my eyes whenever I skipped past it. But a few years ago, I must have just been in a mood to try something new, and I watched the pilot on Netflix (it’s worth mentioning that the power of Netflix has done a lot to spread awareness of and promote many shows in exactly this way).

The one unlikely chance I gave the show, turned into binge-watching 10 straight seasons of it over the next month or so, and then following the newest episodes ever since. Saying I’m hooked would be an understatement. It turns out that despite how silly it all looks from the outside (check out some of these promotional images to see what I mean), the show is actually really well-written, fun, and has a lot of heart.

Supernatural is of course full of the supernatural: ghosts, vampires, werewolves, ghouls, zombies, demons, angels, and every other manner of monster you can think of, all with pretty decent special effects (both practical and CG), but the main backbone of the show relies on the family element of two brothers bound together though tragedy, traveling around the (mostly rural) US together, in an old muscle car, with an oldies rock ‘n’ roll soundtrack as the backdrop.

I’m definitely a big nerd, and a big fan of lots of things, but outside of goofing around with some of you on Twitter 🧡, I’ve never really been a part of “fandom.” I’ve never gone to the conventions, I don’t get autographs, I don’t do cosplay (although you better believe I have some cool Halloween costumes and masks), etc. Generally, outside of the outlet I get to have through Halloween Love and its various channels, I pretty much keep all this stuff to myself. I don’t really have any friends or family that I bother with these obsessions.

But, of all the conventions and fan communities that I should be part of, after watching the Supernatural Fandom documentary, this is the one that I can imagine actually wanting to join. The amount of kindness and charity that exists in this community is something else completely. Often with fanfare, it’s a very sort of one-sided thing, where the actors and creators of something popular are obligated to show up to these stupid things for promotional purposes and play along, ya know, cause it’s their job.

However, in the case of the #SPNFamily community, it’s so real, that the actors and creators of the show are actually part of the fan community, and emotionally invested, and genuinely changed and brought to tears by the love they receive. Actor Jared Padalecki (who fought Jason in the Friday the 13th remake by the way!), who plays one of the brothers (Sam) in the show, has been open about his struggles dealing with depression (something I hadn’t known before watching the documentary), and the fans did something special for him to let him know they care:

With the cesspool that Hollywood so often is (especially revealed over the past couple years), and as jaded as many of us have rightly become over celebrities and their soundbites and often fake empathy, I wanted to shine a light on a group of creative people that I believe are authentic, caring human-beings, just like you and I. Also, with being such a big fan of the show, I can’t believe it took me so long to even mention it!

Supernatural is entering its 15th season this year, and is showing no signs of getting stale or coming to an end anytime soon. After watching over 200 hours of the show, it’s become something of a tradition for me. Spending 200 hours with anything, has got to change you. I’ve even acquired a weird little ritual, where I like to eat ice-cream now when I watch new episodes. 🍨

I highly recommend checking it out. Happy Valentine’s Day ghouls. 🧡