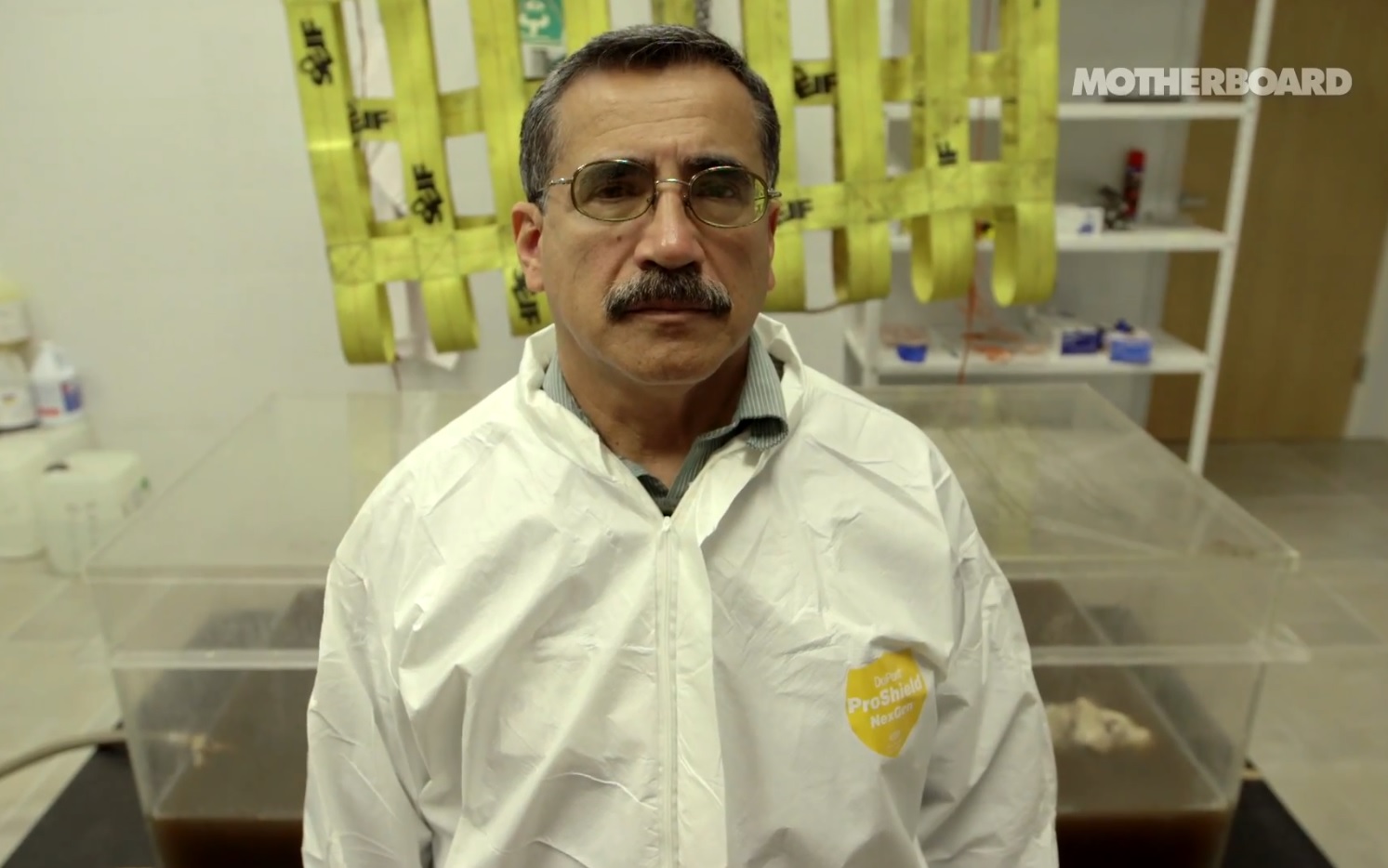 If you didn’t know any better, and you stepped into forensic dentist Dr. Alejandro Hernández Cárdenas’ lab in the city of Ciudad Juárez, Mexico, you’d likely be quite horrified by what you saw, and convinced that the doctor was up to no good. Because it’s not teeth that Cárdenas has become known for working with, but rather the mummified corpses of Mexico’s unidentified dead.

Like many areas in Mexico, Ciudad Juarez has been bathed in blood in recent years, with tens of thousands of citizens meeting a brutal end as a result of the ongoing drug wars in the area. Though it ranked much higher on the list just a few years back, the city is still listed amongst the 20 most dangerous on Earth, with decomposed bodies regularly found lying in ditches and withering away under the hot sun.

Cárdenas, who also teaches forensic odontology courses at the Universidad Autónoma de Ciudad Juárez, is one of the many specialists in the field who have benefited from the city’s high murder rate, providing them with untold amounts of experience that has allowed for them to hone and master various revolutionary techniques.

None of those techniques are more revolutionary than the one Cárdenas has developed, putting him at the forefront of a groundbreaking movement of corpse revival. Remember when I said you’d likely be horrified by what you saw, if you entered his lab? Well, what you’d likely see is a corpse inside of a see-through tomb, bathing in a mysterious liquid.

Cárdenas calls it the ‘jacuzzi,’ and believes the unconventional process is the key to identifying Mexico’s dead – and, in the future, unidentified bodies the world over.

Propelled by the sad fact that many who die in the country are buried in mass graves, never properly identified, Cárdenas has spent the last few years perfecting the unique process, which sees him soaking mummified corpses in the ‘jacuzzi’ for several days. Though he won’t reveal the secrets of the concoction, he says it reverses two of the stages of the multi-stage decomposition process, effectively turning back the hands of time and restoring blackened flesh to its normal look, feel and color.

To date, the unassuming forensic dentist has ‘revived’ a dozen corpses, with his trademark serum revealing moles, tattoos, scars and other identifying characteristics on bodies that would have otherwise never been seen, and also allowing for prints to be pulled from their once mummified fingers.

So incredible is the transformation that takes place after a few days soaking in the liquid that the previously decayed bodies are even presentable enough for open casket funerals, giving family members the chance to say goodbye to loved ones who would’ve been carelessly tossed into mass graves, if it weren’t for Cárdenas’ self-funded work.

Just released yesterday was Motherboard‘s 36-minute short documentary about the doctor and his work, which shines the spotlight on the week-long corpse revival of a hit-and-run victim, who was left for dead over two years ago. Scooped up by Cárdenas from a local body refrigerator, he set out to provide a more humane ending to the man’s life, submerging him in the water-based liquid with the hopes of restoring some of his features and returning the man’s identity.

I must warn you before you proceed, as the documentary does at the start, that it contains graphic and disturbing imagery, the kind that’s not safe for work and definitely isn’t easy to stomach. Nevertheless, if you can handle it, I highly encourage you to give the documentary a watch, as it’s an incredibly fascinating insight into the future of forensics. This is science at its finest, and I think you’ll find the nausea it induces well worth the insight that it imparts.

Click the play button to check out Still Life, which again comes courtesy of the fine folks over on Motherboard.