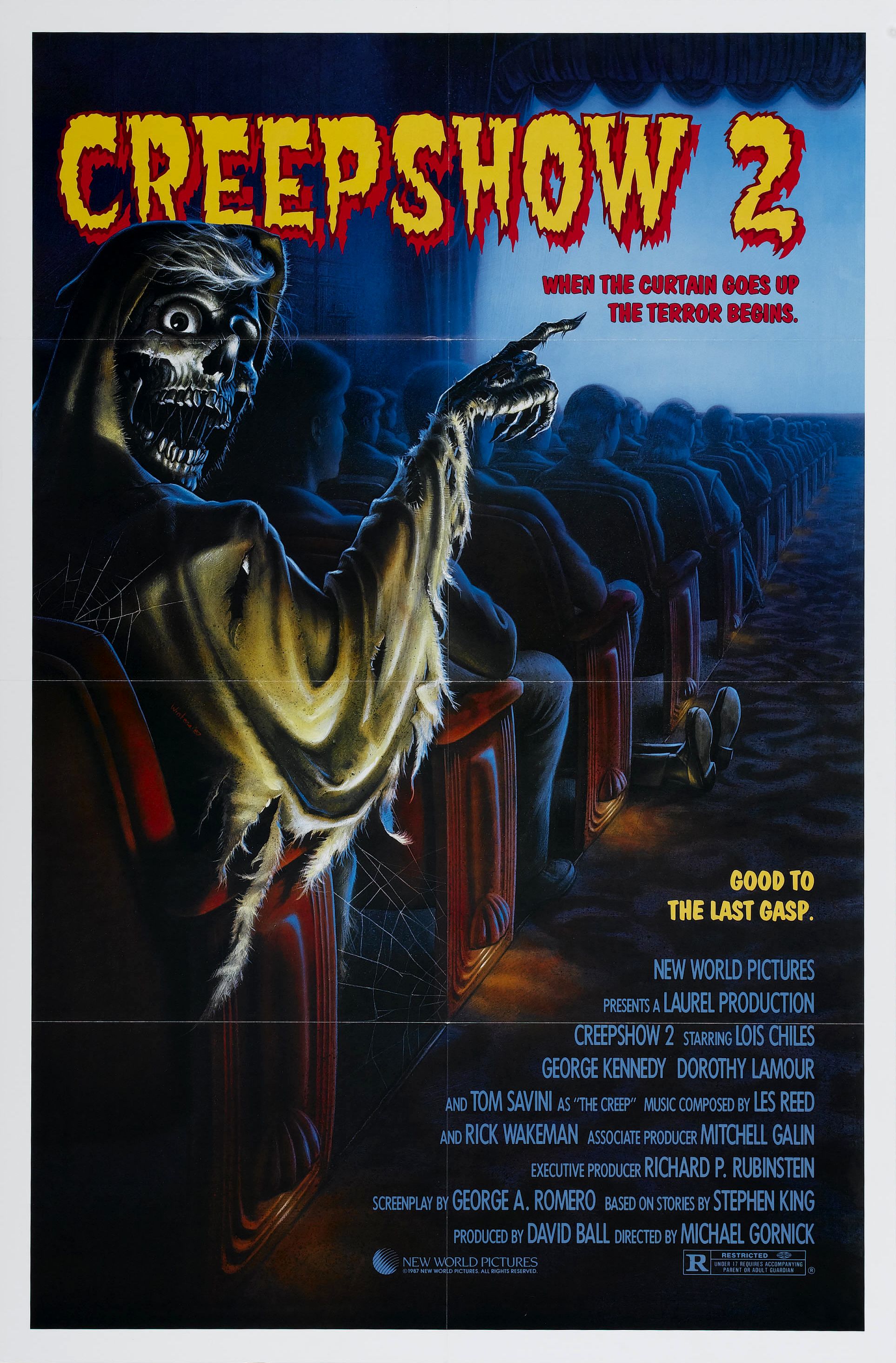 Have you ever wondered why the first Creepshow had five tales of terror, while the 1987 sequel only had three?

If you answered ‘yes’ to that question, then that’s good, because I’m about to tell you. If, on the other hand, you answered ‘no,’ well, there’s plenty of other fun stuff you can read here on HL, so poke around and find something that suits you!

Per the original screenplay, written by George A. Romero (adapted from stories by Stephen King), there actually were originally supposed to be five stories in the anthology franchise’s first sequel, just as there were in the original film.

Apparently due to budgetary restrictions, two of those stories had to be excised before filming began – ‘Pinfall’ and ‘Cat from Hell’ finding themselves on the cutting room floor before they ever had a chance at coming to life.

As for ‘Pinfall,’ that story never ended up finding its way in front of the cameras, forever trapped within the confines of Romero’s original Creepshow 2 screenplay. Because of that fact, it’s one of those legendary ‘movies that never were,’ leaving fans for the past 30 years to wonder what could’ve been.

Though I had heard of the ‘Pinfall’ story, I had never actually read it until today, thanks to my friend John Kent sending over his copy of that original Creepshow 2 script. Since I couldn’t find the story outlined anywhere else on the net, I figured it’d be fun to relay it here on HL today, for those who have never been able to get their hands on the un-filmed script.

Beginning on page 30 of the original script, ‘Pinfall’ was to be the anthology’s second segment, following directly behind ‘Old Chief Wood’nhead.’ A revenge tale that’s not all different from the first film’s ‘Something to Tide You Over,’ ‘Pinfall’ centered on two rival bowling teams, with a little old man stuck in the middle of the heated battle. 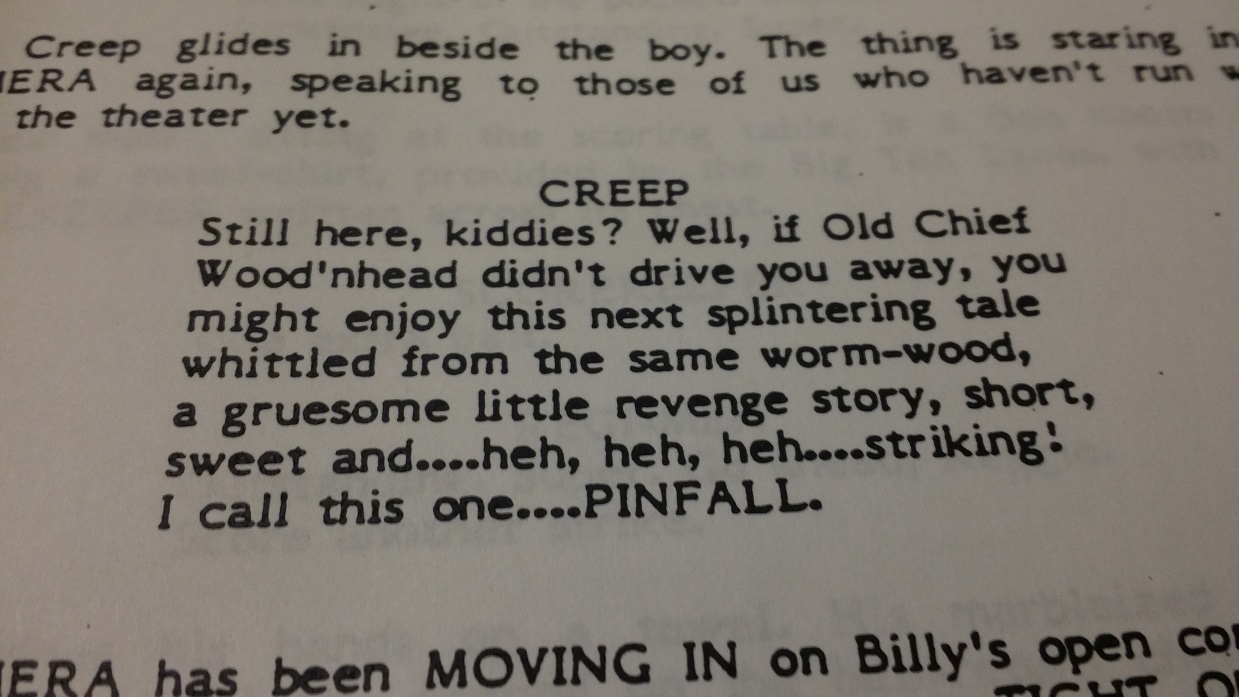 In one lane we’ve got the Regi-Men, led by the nauseatingly self-serious Reggie Rambeaux. Essentially described as one of those guys whose face you want to punch the minute you catch a glimpse of him, Reggie is a total bowling alley bully, the kind of guy who will pull a gun on you for stepping slightly over the line.

In the other lane are the carefree Bad News Boors, led by Chooch Mandolino. Heavy drinkers who primarily hit the lanes for fun, the Boors are the kinds of guys you’d actually like to hang around, and though they’re skilled bowlers, they don’t take the game nearly as seriously as the Regi-Men do. Win or lose, they’re just looking for a good time.

At the start of the 26-page story, the rival teams are bowling in adjacent alleys at Big Ten Lanes, exchanging glances as well as words. Things get really heated when an 82-year-old bowling-lover by the name of J. Frederick MacDugal shows up and breaks Reggie’s concentration, forcing Chooch to step in and come to the old man’s aide.

After being made an honorary member of the Bad News Boors, MacDugal enjoys a few beers and is having the night of his life, though it’s not long before the night – and his life – are cut short by a freak accident. While bowling a frame, MacDugal’s fingers get stuck in the ball and his frail body is sent careening down the lane, eventually being crushed to death by the pin-sweep.

As it turns out, the old man was a billionaire and in his will he leaves five million dollars to whichever team at the Big Ten Lanes ends up having the highest score, at the end of the season. Naturally, given the money at stake, the rivalry between the Regi-Men and the Boors becomes more heated than ever, and after the Boors begin to eclipse Reggie’s team in points, Reggie and his gang resort to extreme measures.

One night, while the Boors are getting drunk in the local bar, the Regi-Men loosen some bolts on the axle of their car, resulting in a fiery off-the-cliff wreck that kills the entire team. With their competition wiped out, the Regi-Men find themselves back on top, though their greed eventually comes back and bites them in the ass – in classic EC Comics style.

While in the locker rooms after a long night of bowling, all lights in the building are cut out and the Regi-Men are savagely attacked by the burnt-up, zombified remains of the Boors, and needless to say it’s bad news for the murderous team.

Evocatively described by Romero as looking like they’re ‘decomposing, even as we watch,’ the crispy zombies tear their way through the Regi-Men, throwing one into an arcade bowling game and melting another’s face on the hot dog rotisserie.

As for Reggie, he gets it the worst, as first holes are drilled into his skull with the ball-driller, and then his severed head is used as a bowling ball.

In the final moments, the zombified members of the Boors – along with old man MacDugal – sip ‘blood beers’ and enjoy one final game of bowling, with their adversaries’ arms and legs being set up at the end of the lane, and used as pins.

‘As that head bowls a strike,’ reads the script, ‘the picture FREEZES, then DISSOLVES TO: A Drawing of the head among the flying pins, the closing panel of the story as it appears in CREEPSHOW COMICS. THE CAMERA PULLS BACK and we begin to HEAR the CACKLING of the CREEPSHOW Creep, punching in over the music score.’

I’ve always been kind of bummed that Creepshow 2 only had three stories in it, and now I’m even more bummed about that, having read this fun tale. A damn shame that the sequel could’ve been so much more than it was, if only Romero and the gang were given a bigger budget. Sigh. 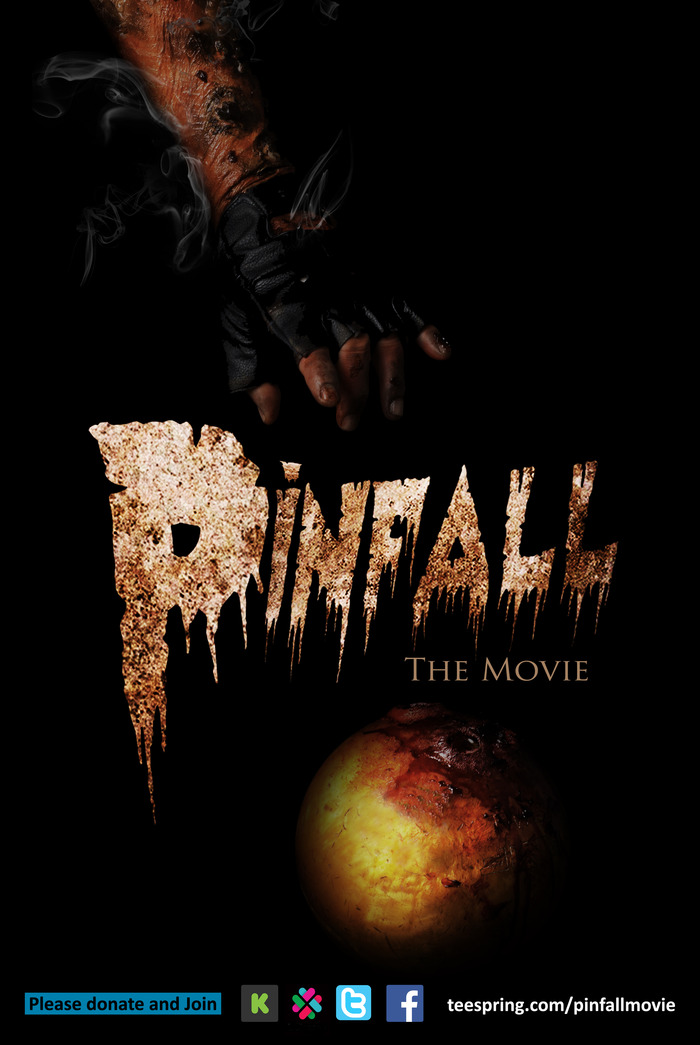 It’s interesting to note that a UK filmmaker by the name of Dayle Teegarden took to Kickstarter this past May in an effort to fund a Pinfall film, based on the story. On July 16th, the campaign successfully reached completion, meaning that Pinfall will FINALLY come to life on the screen – albeit in the form of a fan-film.

You can learn more about the Pinfall fan project over on Kickstarter, where you’ll also find regular updates about its progress!