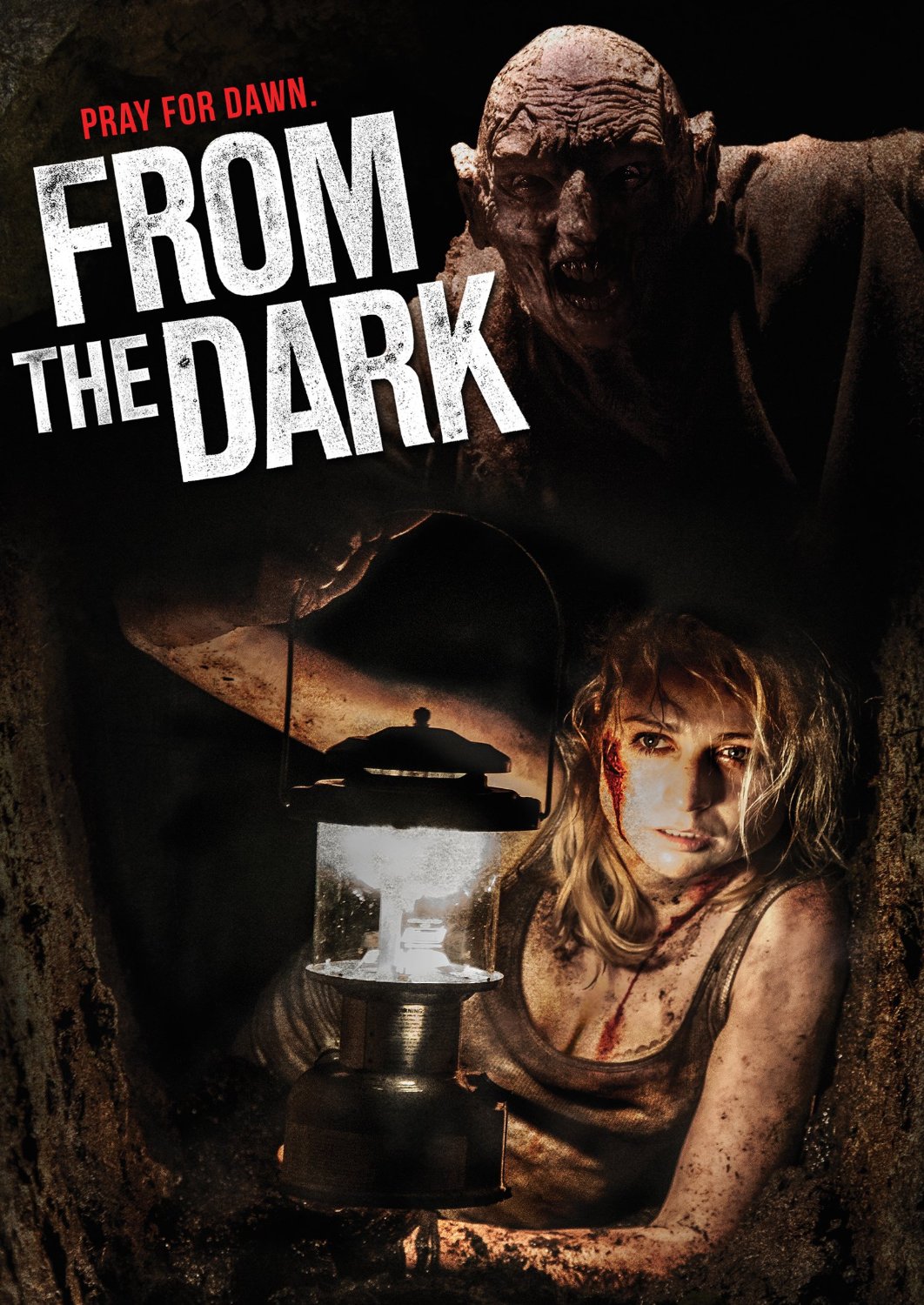 So many horror movies come out every single week that it’s impossible to watch them all, forcing you to pick and choose which ones to spend a little time with. Oftentimes that decision is based on internet praise, though sometimes it’s simply a matter of who directed a given film. When it comes to this one, my decision was based on the latter.

Known for the 2012 horror-comedy Stitches, Irish filmmaker Conor McMahon sat in the director’s chair for From the Dark, which centers on young lovers Sarah and Mark. After their car breaks down en route to a vacation spot, the couple finds themselves pursued by a vampire-like creature, and they soon realize that the only way to stop the beast is to shine a little light on him.

You wouldn’t be wrong in calling From the Dark a vampire film, though it’s the indirect approach to the proceedings that makes this one at least stand out from the pack. The villain is allergic to light, can be killed with a stake through the heart and yes, he even has a penchant for feasting on necks and transferring his curse, but the oblique handling of that particular sub-genre’s tropes is somewhat refreshing.

It’s overall the way McMahon handles the vampiric threat that is From the Dark‘s strongest suit, as he stages some pretty effective moments of barely-seen terror. Playing upon humanity’s collective fear of the dark, he keeps the monster confined to the shadows for almost the entirety of the film, almost always lurking in the background to the point of your eyes barely being able to register what you’re seeing.

Looking like a cross between one of the Crawlers from The Descent and Salem’s Lot villain Barlow, with a little of Return of the Living Dead‘s Tarman thrown into the mix, the creature in From the Dark is well designed, casting a creepy shadow that is at times quite chilling. And since he is after all allergic to light, it only makes sense that we never quite catch a good glimpse of him – nor do we need to.

Alas, where From the Dark falls apart is in almost every other department, with the story and characters so paper thin that it’s hard to find any point in the entire film. We never get to know Sarah and Mark on any sort of level, and so it’s impossible to care when they come face-to-face with their neck-biting adversary. As for the story, well, I’m not really sure there even is one.

Forgoing any real character development, the script all-too-eagerly jumps to the point where the two protagonists are fighting for their lives, and while that may sound like music to the ears of those who would rather get right to the fun stuff than first spend an hour getting to know the characters, there’s simply no fun to be had here. In fact, there’s rarely a moment where From the Dark isn’t dull and boring.

Feeling less like a fully written film and more like one scene that was stretched out to feature length, From the Dark‘s story consists of little more than Sarah and Mark fumbling around in the dark for 90 minutes, trying to find new sources of light to shine at the monster. Cell phones, lamps and even a tractor become makeshift weapons, and it all gets real monotonous real quick.

From the Dark is the sort of horror movie that is only propelled forward by the idiotic actions of its characters, and though it has become somewhat accepted that horror characters are inherently dumb, that doesn’t mean it’s excusable. I don’t expect every movie character to behave rationally under extreme stress, but dumb characters are often a symptom of dumb writing – and the writing here feels pretty dumb.

At times an interesting experiment in background scares, which I’d have to attribute to Conor McMahon’s talents behind the camera, From the Dark is ultimately far too inept to be anything more than a movie that you’ll likely wish you hadn’t sat through. But hey. At the very very least, it introduces a vampire that actually feels like a monster – rather than a sparkly object of sexual desires.

So there’s always that.