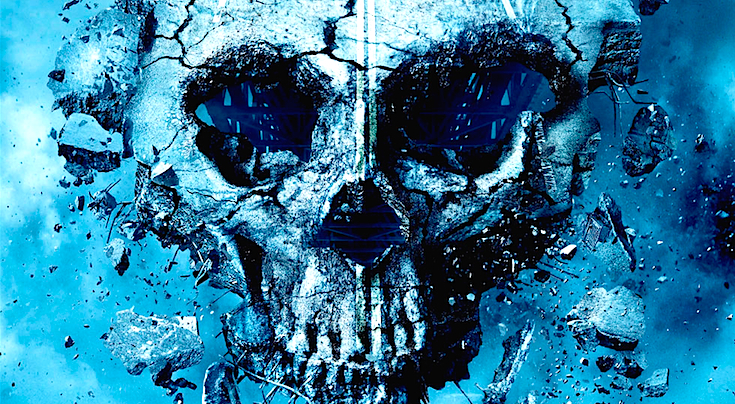 There was a time when I didn’t care much for the Final Destination movies, and to be honest I still don’t have any kind of strong passion for them. BUT, I recently watched the entire series in order, and the one thing that really stands out is the sheer inventiveness involved and the sense of gruesome fun the directors and writers seemed to try and embrace. Like the Scream movies they can be incredibly entertaining experiences with the right crowd and a large supply of drinks and popcorn. The older I get the more I seem to be appreciating them, which is strange considering it’s normally the other way around with movies like this!

Today I’m going to reveal the ten scenes that grabbed my attention the most during this recent Final Destination movie marathon. A mixture of the grand opening set-pieces and several of the most outrageous individual deaths … Bring on the carnage!

Have the Mythbusters gang ever tested this? I’d love to know if you can actually get seriously burned on a malfunctioning tanning bed. Even just a little bit? That chubby dude in the beret needs to pull on a pair of speedos and try it sometime. In the Final Destination universe the answer to this question is YES. And just when your skin is crisping up nicely everything will catch fire to make sure you truly suffer. Stay pale kids, it really is better for your health.

In terms of creativity this ‘accident’ is about as simple as they come. Step into road, connect with large moving object (In this case a bus), the end. But it’s the shock value that still gets me with this death, even after watching the movie several times. I know what’s coming but I still tense up. A classic little moment that lingers in the memory due to being hilarious but horrific all at the same time.

How bad can a visit to an eye surgery clinic get? The answer is VERY bad. Olivia (Jacqueline Macinnes Wood), gets her eye scorched by a malfunctioning laser then just after escaping that little nightmare she somehow manages to dive head first from a second floor window, dying on impact with a car below. Her remaining ‘good’ eye then detaches, rolls across the street, and as it gently comes to a stop another car unceremoniously drives over it.

I was terrified of escalators as a kid. And it didn’t help that my older brother once told me that children could get sucked into the gears if their shoelaces were left hanging, which as we all know is a total lie (I think?) … It was only a matter of time before the Final Destination gang made use of these EVIL contraptions and they did it in style. Messy style!

The series comes full circle as Sam (Nicholas D’Agosto) and Molly (Emma Bell), find themselves trapped onboard the doomed Flight 180 from the original movie. We’ve seen this incident before but that didn’t stop the effects team from having one more attempt at creating the most insane air disaster in Hollywood movie history.

Kat (Keegan Connor Tracy), survives the opening scene AND another minor traffic accident which results in a broken PVC pipe entering the back of the vehicle and stopping just before it reaches her head. Phew! As she lights up a cigarette and waits for the rescue team to free her using a cutting tool they accidentally activate the airbag on her side of the car and … well, you can probably guess the rest. They REALLY should have moved the damn pipe first!

We had to wait five movies but the Final Destination franchise eventually decided to realize our worst fears when it comes to gymnastics accidents. We all worry about that … right? I’m not entirely sure the severity of the injuries sustained here is even possible when falling from such a low height, but who cares? … it looked awesome!

Oh man, poor Ms. Lewton (Kristen Cloke), she really gets the full Final Destination experience thanks to a death scene that simply doesn’t know when to stop! It all begins with her computer monitor exploding which sends a large shard of glass into her throat, then as she stumbles into the kitchen with blood dripping everywhere she manages to set fire to a trail of alcohol which quickly spreads throughout the house. From there she falls over and is impaled by a VERY large kitchen knife … Twice! THEN the whole place explodes due to the fire. I’m fairly certain she didn’t make it …

Growing up in the 1980s it was easy to find yourself enjoying a good car crash every now and then (I mean in TV shows! I’m not THAT twisted!). Stuff like the A-Team would have automobiles flipping through the air every week, so this intense and stunningly shot opening scene was one of the highlights of the entire franchise for me. The impacts and brutal deaths just keep coming and they appear to have filmed a fair amount of real action to compliment the sometimes lacklustre CGI. It was almost my favorite, but one more choice remains.

The North Bay Bridge collapse is Final Destination destruction and death at its very best. Every individual character meets a horrific end in various disturbing ways and the whole scene is just perfectly paced and put together. These movies never rush, when they get a good idea they give it plenty of build-up. Viewers can normally tell what’s about to happen but the fun comes from the anticipation, waiting to see just how BAD things can get. When that bridge starts to shake and crumble … they take it to a whole new entertaining level.