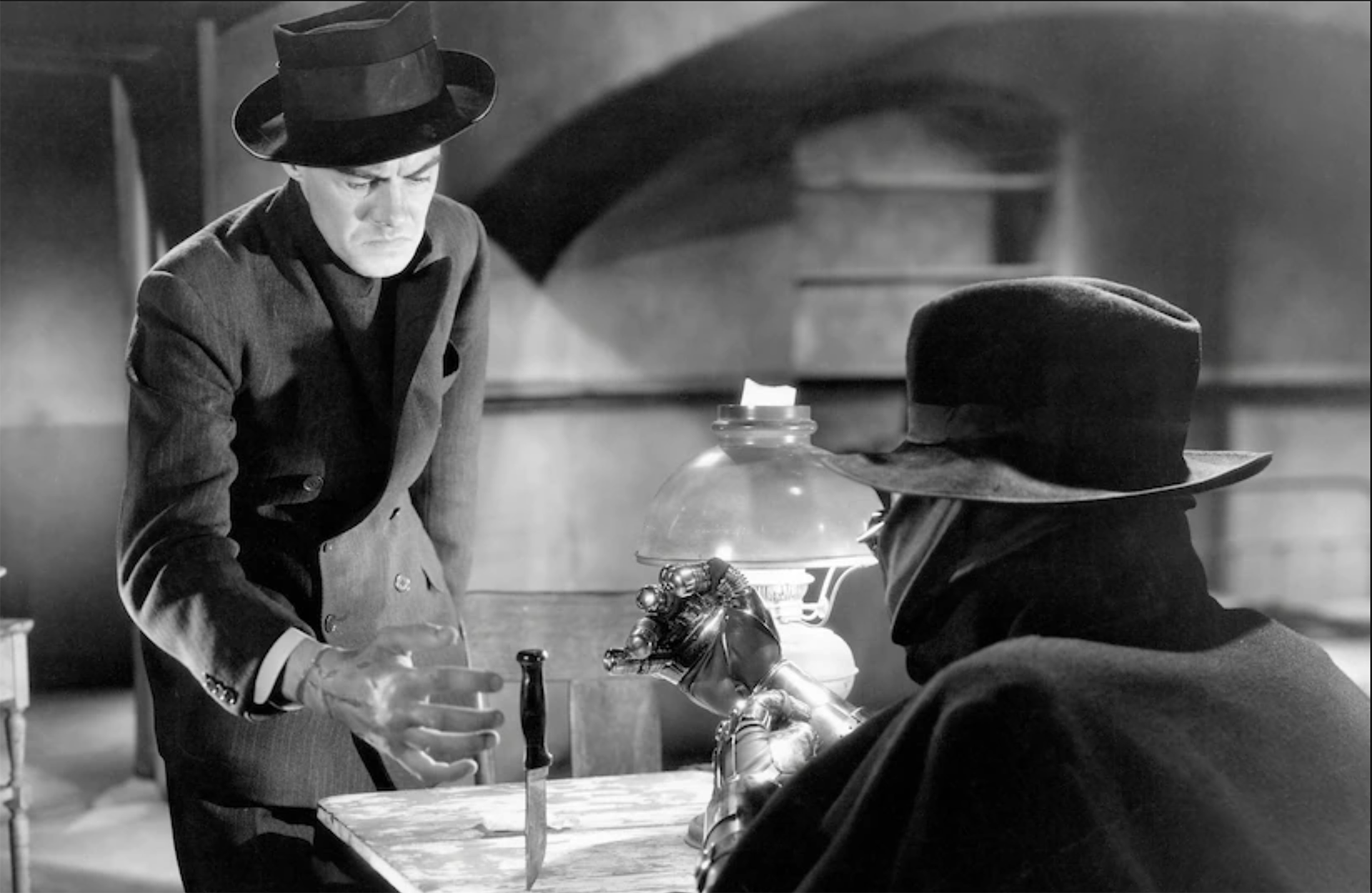 But it was edited out prior to release. The released intro for the film is far better as the opening credits appear over a window before a balled fist shatters the glass.

This disturbing American horror film felt like an intruder in American cinemas in 1935 after the more popular and successful adaptations from Pre-Code Hollywood (Frankenstein, Dracula, Freaks, The Invisible Man, Dr. Jekyll and Mr. Hyde). This carnally charged adaptation of Maurice Renard’s novel The Hands of Orlac was directed by German director Karl Freund, and starred Peter Lorre as Dr. Gogol, Frances Drake as Yvonne Orlac, and Colin Clive as Stephen Orlac.

Mad Love was Freund’s final film as a director and Lorre’s American acting debut. Before Mad Love, Freund was best known for his beautiful work as a director of cinematography for classic films such as Metropolis, Dracula, The Last Laugh, All Quiet on the Western Front, and Sunrise. He brings his sharp eye for German Expressionism to this peculiar film as well.

Mad Love‘s bizarre story centers on surgeon Gogol’s spiraling infatuation with Yvonne. When Stephen Orlac’s hands are smashed in a freak train accident, Yvonne brings him to Gogol, who claims he can restore his amputated hands. Gogol becomes so obsessed that he will say or do anything to be with Yvonne. Meanwhile, Mr. Orlac also discovers that his new metallic hands from the surgery have changed him in very strange ways since they originally belonged to a murderer.

Stephen can’t play the piano anymore, but can oddly throw knives like a carnival freak, so Dr. Gogol sees this as a possible avenue to drive him mad and win over his precious Grand Guignol horror theater star Yvonne. 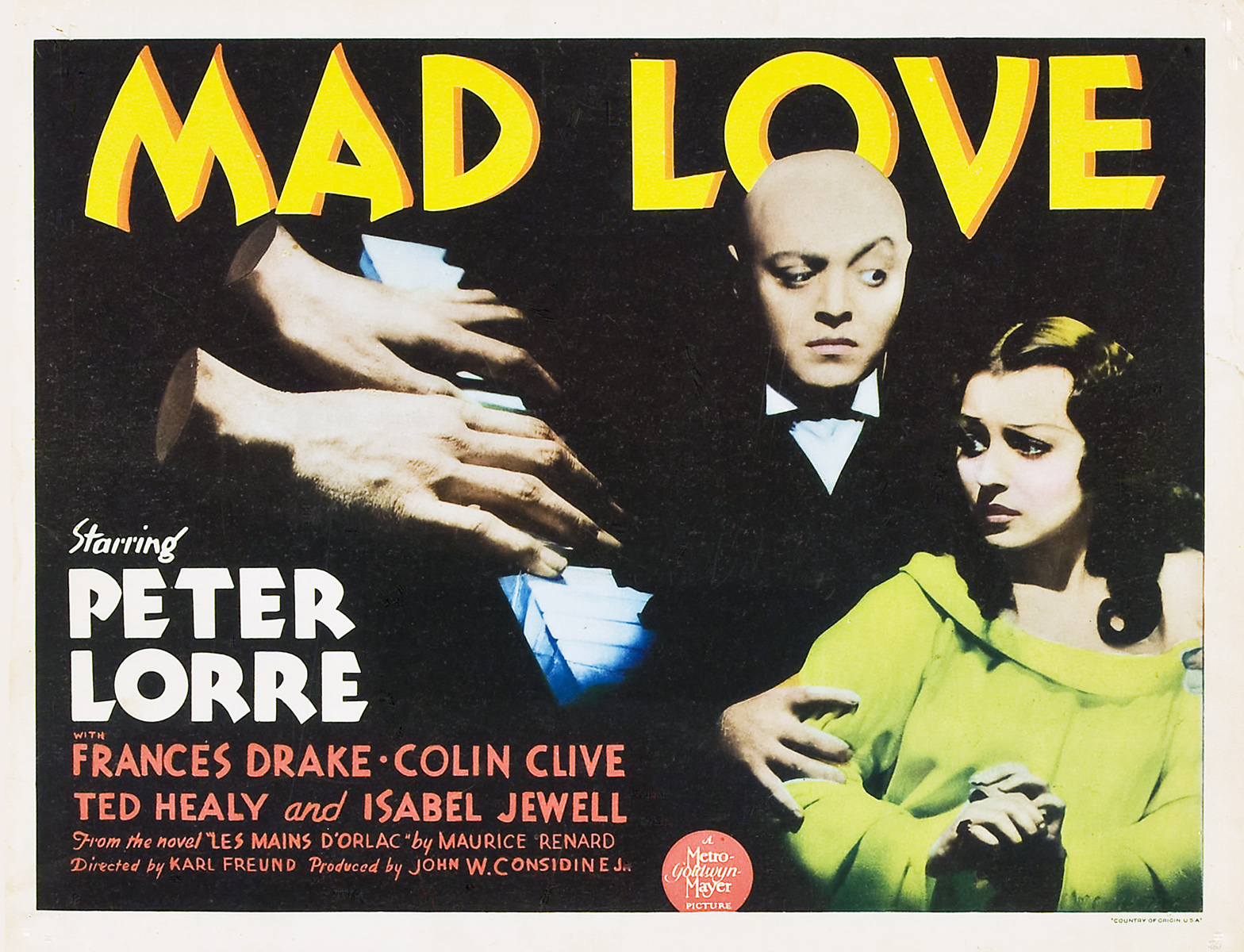 A bald Lorre absolutely carries the film as he did for Fritz Lang’s M. He barely raises his voice above a backstage whisper, which makes his unhealthy sexual passion for Yyonne an even more chilling prospect as his bugged-out eyes run over the curved landscape of an advertising mannequin of her that he brings into his home and refers to as his “Galatea.” The primary theme of Pygmalion’s myth with Galatea is that the artist’s love of his own creation becomes so strong that he begins to treat it as if it were a real person. It’s a fitting metaphor for the creepy vibes from Dr. Gogol.

Mad Love is a delirious feast for the senses and fans of this era of horror cinema will have a full meal. It was shot by cinematographer Gregg Toland (Wuthering Heights) on 35mm film and presented in a 1.37:1 aspect ratio. Director Karl Freund always keeps dark, heavy lines of shadow angling at his main characters in ominous angles, especially in the scenes with Lorre or Clive’s characters.

Mad Love has quietly inspired several horror films since the 1930s and was somewhat remade twice with The Beast With Five Fingers (1946) and The Hands of Orlac (1960) starring Christopher Lee. The central concept of a man’s appendages being sewn back on today is not too fanciful considering modern technology, but Mad Love‘s perspiring examination of a lovesick mad man is still very topical 87 years later. The well-made film is one of Hollywood’s closest attempts at Grand Guignol-type horrors and that type of depravity tends to seep into the bones. 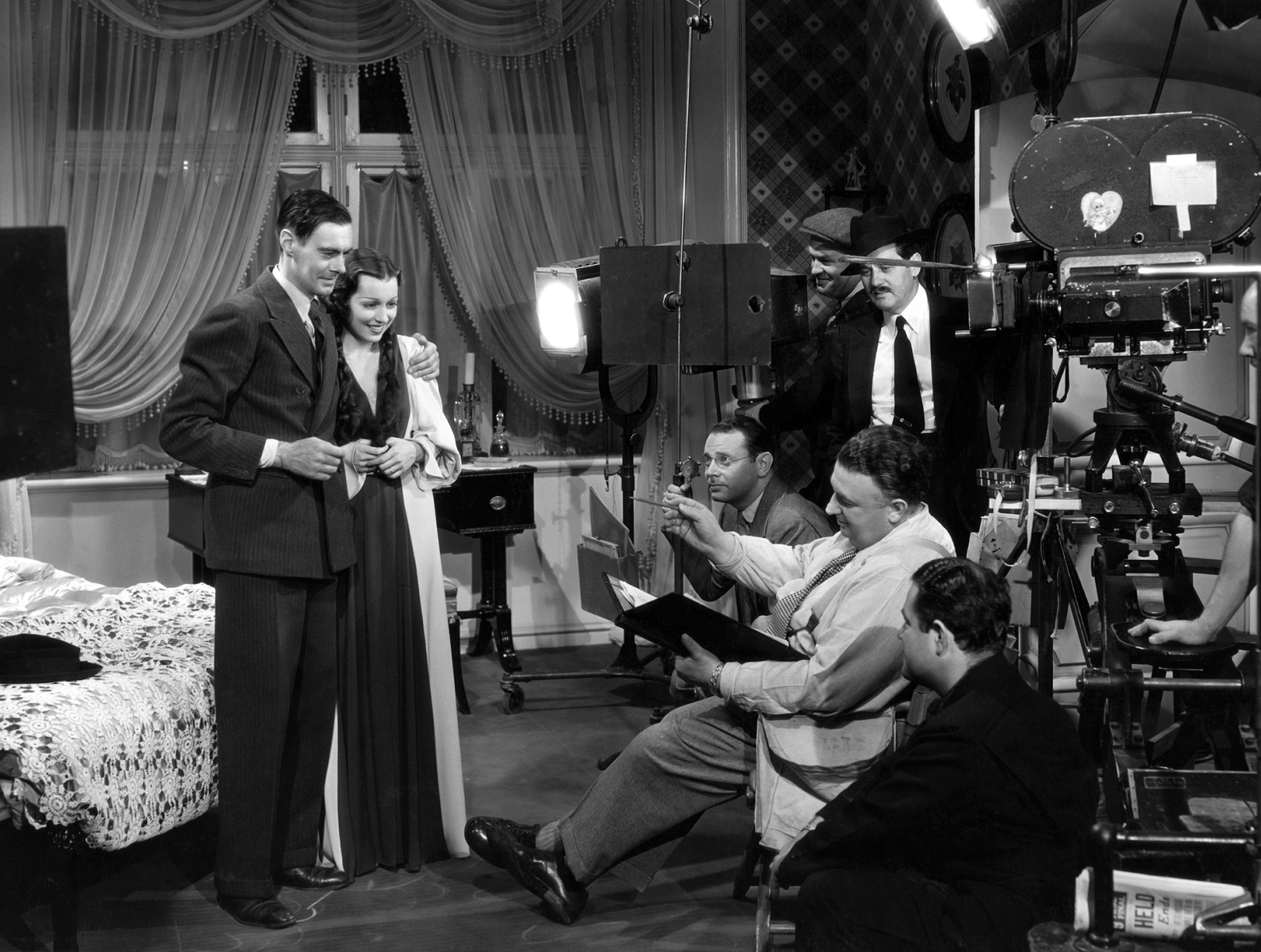