First up, he says it’s not going to be a remake or a sequel to 2009’s remake, but rather an entirely different film that stands on its own two feet. He also revealed, in an interview with Omelete, that it will likely be set in the 1980s, and that Mrs. Voorhees is going to appear in it.

“We can develop a more problematic relationship with the mother,” is specifically what Fuller said, in reference to the fact that the movie will take place in a time period previous to the one we currently find ourselves in.

Hard to tell what exactly Fuller means by that, but I think it’s pretty safe to say that Mrs. Voorhees will indeed be an integral part of the film, in one way or another. In all likelihood, a new actress will be brought in to tackle the role, which has thus far been played by a handful of ladies over the years.

Though it was of course our first introduction to the character in the original Friday the 13th that was most memorable, Pamela Voorhees has been portrayed by five different women in total – but it’s typically only that first woman to don the blue sweater that gets all the love. So in the wake of this news, let’s spread that love around today, shall we? 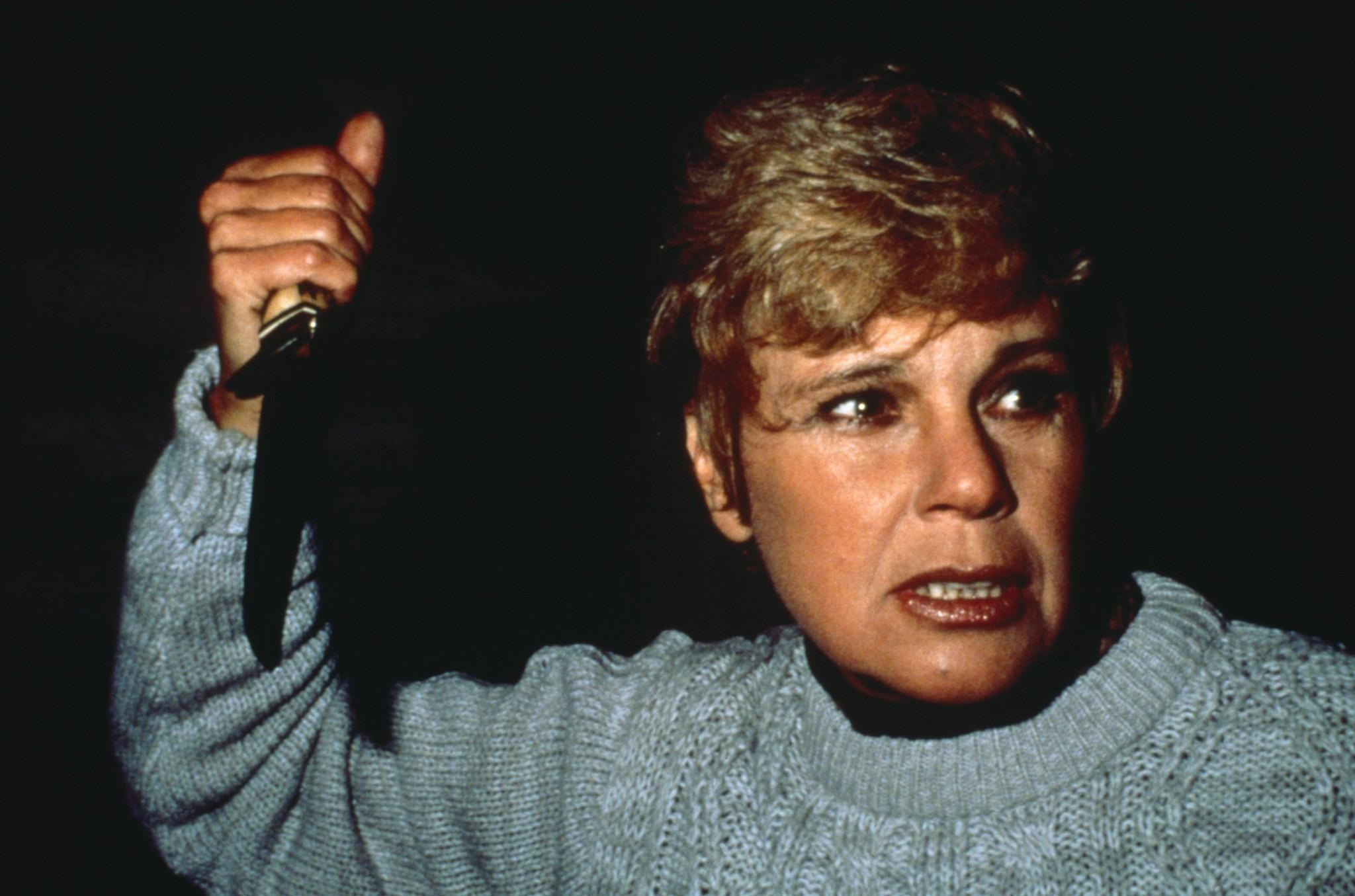 When you hear the name Mrs. Voorhees, the image that no doubt pops into your head is that of Betsy Palmer, who portrayed the original incarnation of the vengeful mother. An actress who had appeared in countless films, television shows and stage plays prior to the 1980s, Palmer was chosen for the role because of her wholesome and motherly image, and readily admits to taking the part only because she needed money to buy a new car. She also admits that she felt the movie was going to be a total dud, having no idea that the film would become such a massive success, and that the role would forever cement her status as a horror icon.

Palmer briefly reprised her role in the sequel, appearing as the ghostly visage of Mrs. Voorhees that Jason sees, superimposed over final girl Ginny’s face. It’s been several years since Palmer has acted but she can be found from time to time on the horror convention scene, embracing the role she once frowned upon. 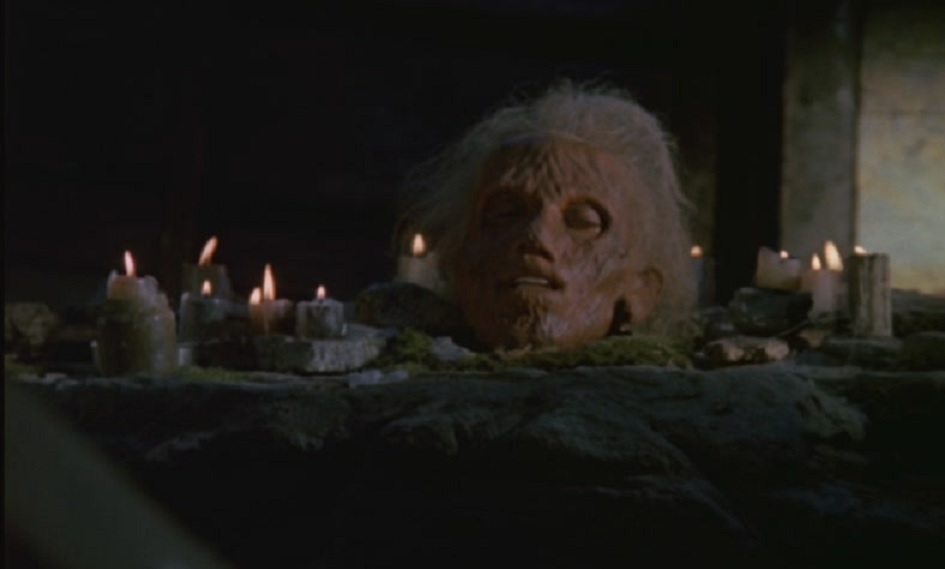 Have you ever wondered why the severed head of Mrs. Voorhees that the camera zooms in on at the end of Part 2 looks less like a prop, as it did moments earlier, and more like an actress in make-up? Well, that’d be because it actually was an actress named Connie Hogan, who was made up to look like the mummified remains of Mrs. Voorhees. The original plan for the ending of the film was to have the severed head open its eyes and smile before cutting to black, which is why an actress’ head was placed through the table, rather than just throwing a prop on there.

Because the scene ended up looking too silly, the filmmakers decided to cut it right before Hogan opened her eyes, forever confusing fans as to why there was a build-up for a payoff that never came. The footage is thought to be lost, and not much is known about Connie Hogan, who doesn’t even come up when you search her name on IMDb. 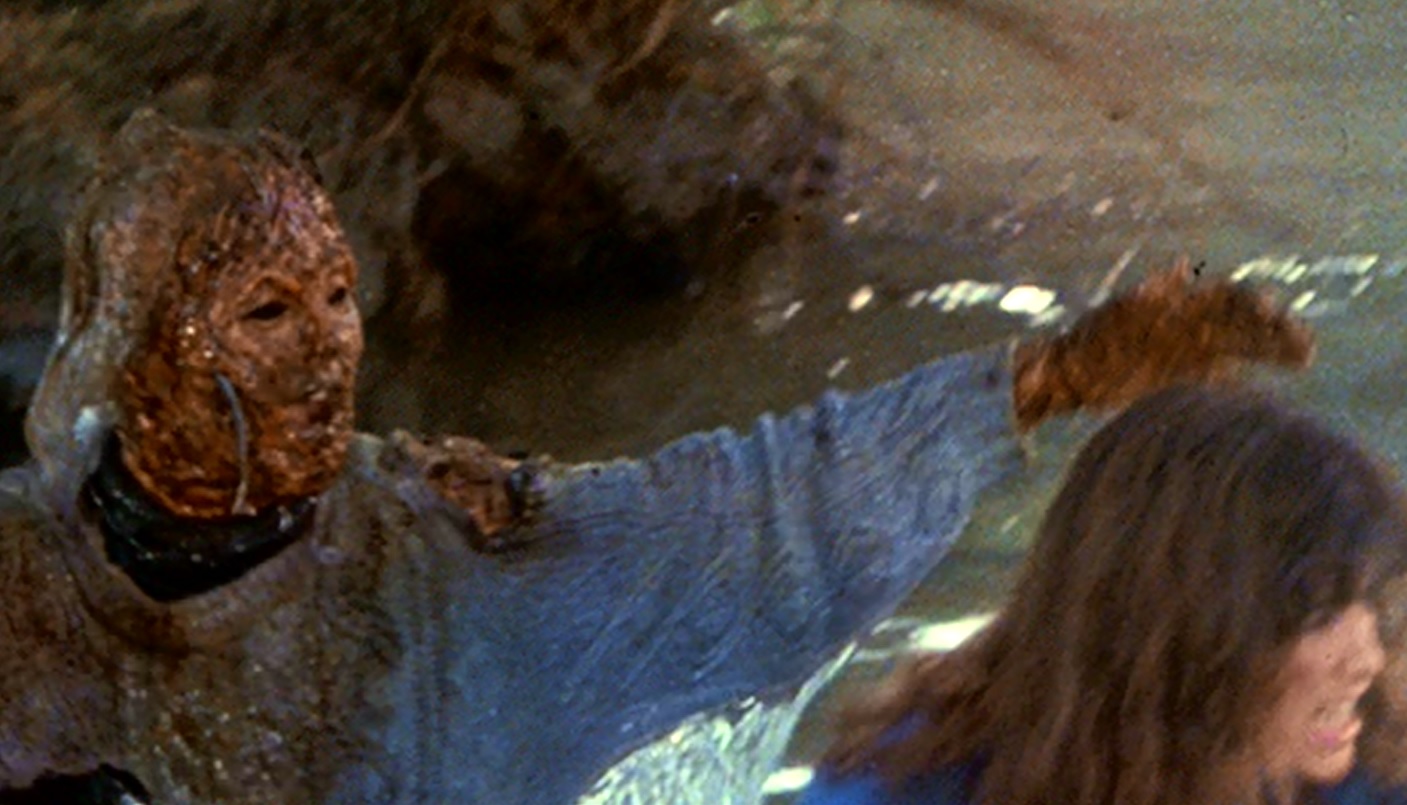 Many different ideas were tossed around for Chris Higgins’ dream sequence at the end of the third installment, and a scene was apparently even shot where Jason decapitated her, the same way his mother was decapitated years prior. Ultimately, it was decided that Chris would have a nightmare involving Mrs. Voorhees, a scene that was obviously intended to recapture the magic of Alice’s dream sequence in the original Friday the 13th.

It was associate producer Peter Schindler’s wife Marilyn Poucher who was made up to look like the rotten corpse of Mrs. Voorhees for the brief scene. Poucher is credited as the second assistant director of the film, and was uncredited in her brief role as Jason’s momma. 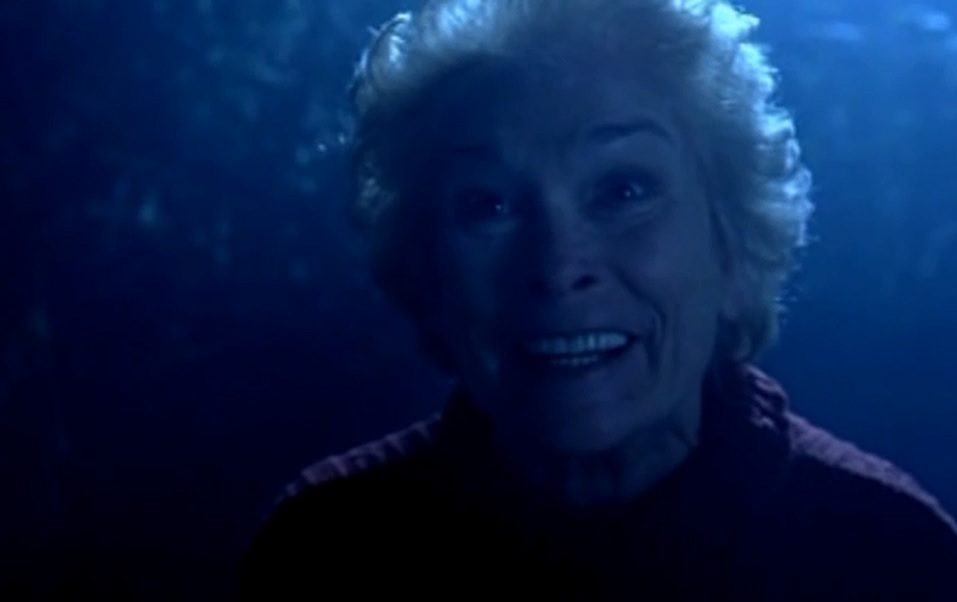 Mrs. Voorhees is only briefly seen in Freddy vs Jason, early on in the film when Freddy uses her to manipulate Jason into spreading fear and murder throughout Elm Street. The producers worked very hard at trying to get Betsy Palmer to reprise the role, feeling that the fans would really appreciate seeing her back in the blue sweater. Unfortunately, the budget prevented them from paying Palmer what she wanted, and even when they upped her salary, she ultimately turned down the offer because the role was such a minor one.

Palmer was replaced with actress Paula Shaw, who rented Friday the 13th and studied Betsy’s performance in it, so that her performance would essentially feel like a continuation of what she did back then. As awesome as it would’ve been to see Palmer reprise the role after all those years, I don’t think anyone will disagree when I say that Shaw did a hell of a job embodying the character. 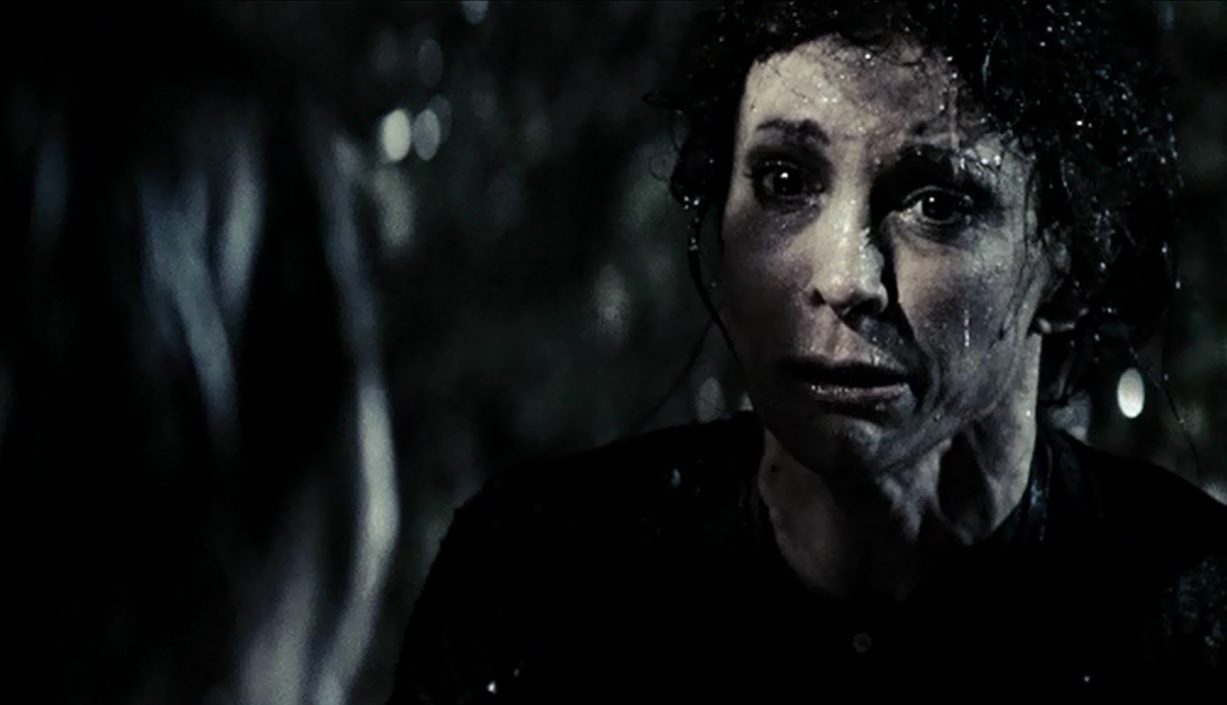 Though barely seen in the Friday the 13th remake, the decision to open the film with a recreation of the fight between Alice Hardy and Mrs. Voorhees was a smart one, a way to essentially remake the first film right off the bat, and then get into the action fans would want to see from a remake: Jason as the killer, rather than his mother.

Best known for her role on Star Trek: Deep Space Nine, Nana Visitor was brought in to portray Mrs. Voorhees in the opening moments, who finds herself without a head before the credits even finish rolling. Many fans were bummed to see such an important character get disposed of so quickly, but I’m just thankful that she was included in the film at all – especially considering early reports from test screenings were indicating that all footage of Mrs. Voorhees had been cut from the film.

I wouldn’t feel right not giving a shout-out to Kathleen Garrett, who voiced Mrs. Voorhees for the narration in the remake’s original teaser trailer. So spot-on was Garrett with her voiceover work that the trailer caused much controversy, when Betsy Palmer was convinced that they actually used her voice from the original film, without asking her permission. Paramount stated that it would be impossible to pull clean audio from the original film, since the dialogue was tied to music and sound effects, which is why they brought in Garrett to recite the iconic lines.

There were originally plans for Mrs. Voorhees to appear in The New Blood, Jason Goes To Hell and Jason X, which never came to fruition. New Blood director John Carl Buechler wanted to have a scene in the film where Tina Shepard would have a vision of Jason holding his mom’s severed head, but it was deemed too over the top.

As for Jason X, Betsy Palmer was reportedly asked to reprise the role for the futuristic film, in which she was to appear in the holographic projection of Crystal Lake. The idea was brought up to even have Jason attack the hologram of his mother, to show that he was more evil than ever before, but Palmer declined participation and the character ended up not being used in the movie.

With another Friday the 13th looming on the horizon, we salute all of these women who brought to life the character that the franchise would have never existed without. So here’s to you, Mrs. Voorhees: a mother only a horror fan could love!