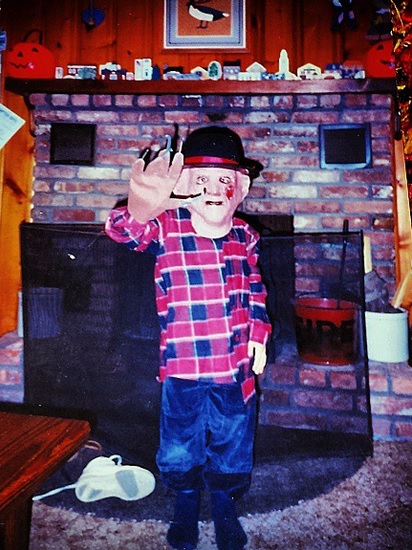 Those on the outside of our little horror community seem to have an inherent fascination with looking in, and they also tend to get off on the idea of analyzing us and our viewing habits. For many, trying to even fathom why anyone would choose to watch horror movies is impossible, and because it’s not understood, we’re all too often viewed as sick, twisted individuals.

Yes, I’m aware of how ridiculous it is to judge someone simply for loving one specific genre of film, but that is nevertheless the way that many view us horror fans. To a large portion of society, we’re demented Neanderthals who are turned on by watching others get tortured and maimed, as they can’t seem to make the distinction between reality and our fictional pleasures.

Though he wouldn’t want me divulging his name, I have a friend who was recently fired from his longtime job, which consisted of working with children. When his superiors found out, through the internet, that he loved horror movies, they deemed him no longer fit to be around the children he had spent so many years with, and immediately gave him the proverbial axe.

This is just one of many stories I could recount that serve to illustrate this gross misunderstanding of horror fans, but at the risk of boring you, I’ll only tell one more. A few months back, an actor appeared in a campaign commercial for Democratic candidate Tom Wolf, who was running for governor of Pennsylvania. That actor was Alan Benyak, who as it turns out had appeared in a 2013 Troma film called The Breeding Farm.

The reason I bring all of this up today is because an article was posted earlier in the week on the website New Republic, which served to further perpetuate these broad generalizations about us horror fans. Written by Alice Robb, the article used the mega-popular horror film The Babadook as a launching point, though it had almost nothing to do with the movie – click, meet bait.

Titled ‘What It Says About You If You Like Horror Movies,’ the article was centered on outdated statistics, and Robb made four key statements about the kinds of people who primarily choose horror over other genres of film. In essence, the gist of the post was that horror fans are mean-spirited and lacking in empathy, and Robb also perpetuated the false idea that the community is a man’s world.

That The Babadook, the catalyst for the article, was directed by a woman (Jennifer Kent) most certainly was a piece of information that Robb was not privy to, as she posits that men are more likely to be horror fans than women – again, using silly statistics. Anyone who’s ever been to a horror convention knows this is not true, as there are no gender barriers when it comes to fandom of any sort – and suggesting that there are, quite frankly, is asinine.

But the most frustrating point about the misinformed think-piece is that horror fans simply aren’t good people, as Robb notes that we’re more likely to ‘lack empathy,’ pointing to a study that doesn’t even illustrate her assumption. What the study actually showed is that viewers who were empathetic toward characters in horror movies were more prone to being thrilled by them, which frankly illustrates the exact opposite of Robb’s assessment – if anything, it showcased that those lacking in empathy are less likely to be horror fans.

In the follow-up paragraph, Robb uses another study to highlight the fact that horror fans are more likely to be aggressive than non-horror fans, as the study showed that children amused by violent cartoons were ‘perceived as more aggressive and excitable.’ I don’t know about you, but I thought Road Runner dropping an anvil on Wile E. Coyote’s head was pretty funny, as a kid, and I’m not sure that indicated anything about my capacity for violence – after all, I’ve never hurt a coyote. Or a roadrunner. Hell, I’m a vegetarian.

Again, the problem here is confusing what one enjoys in a fictional capacity with how they are, and what they enjoy, outside of the movie theater. I can’t tell you how often people in my life have suggested that I must like when horrible things happen in the world, because I enjoy watching them happen within the confines of movies, which never ceases to make me shake my head. No, I don’t get off on real-life horrors because I like horror movies. And yes, you are a fucking idiot for suggesting that.

Along this line of thinking, Robb points in the article to a 1985 study of horror fans, which indicated that ‘students who sought out horror movies were more likely than others to say they would like to watch an autopsy being performed, would attend gladiator fights if they could travel back in time, and would slow down to watch a car accident.’ It of course makes sense that those who are curious about horrific things would be more inclined to satiate those morbid desires, but suggesting that there’s something wrong with that curiosity about death is very damaging and misinformed.

So what then does it really say about you, if you like horror movies? Nothing, really. Every horror fan on this planet, though they share the same love, is entirely their own person, and so studies and blanket generalizations are ultimately quite silly. Why you like horror movies may be entirely different than why I like them, and though there surely are horror fans out there who are not very good people – as there are in ANY group – my experiences within the community have shown that horror fans are some of the nicest people on the planet.

So please, Alice Robb and people like Alice Robb. Stop spreading this sort of shit around. We don’t condemn you for enjoying the entertainment you enjoy, and we ask that you provide us the same luxury. It’s what one does that determines what kind of person they are, not what they pay to see in the movie theater or slide into the DVD player after a long day of mind-numbing work. If anything, it’s people like you that seem to lack the capacity to separate reality from fiction, which is what genuinely troubles me.

*Yes that’s a young me up top, dressed as Freddy. I never grew up to be a psychopathic killer. Go figure.