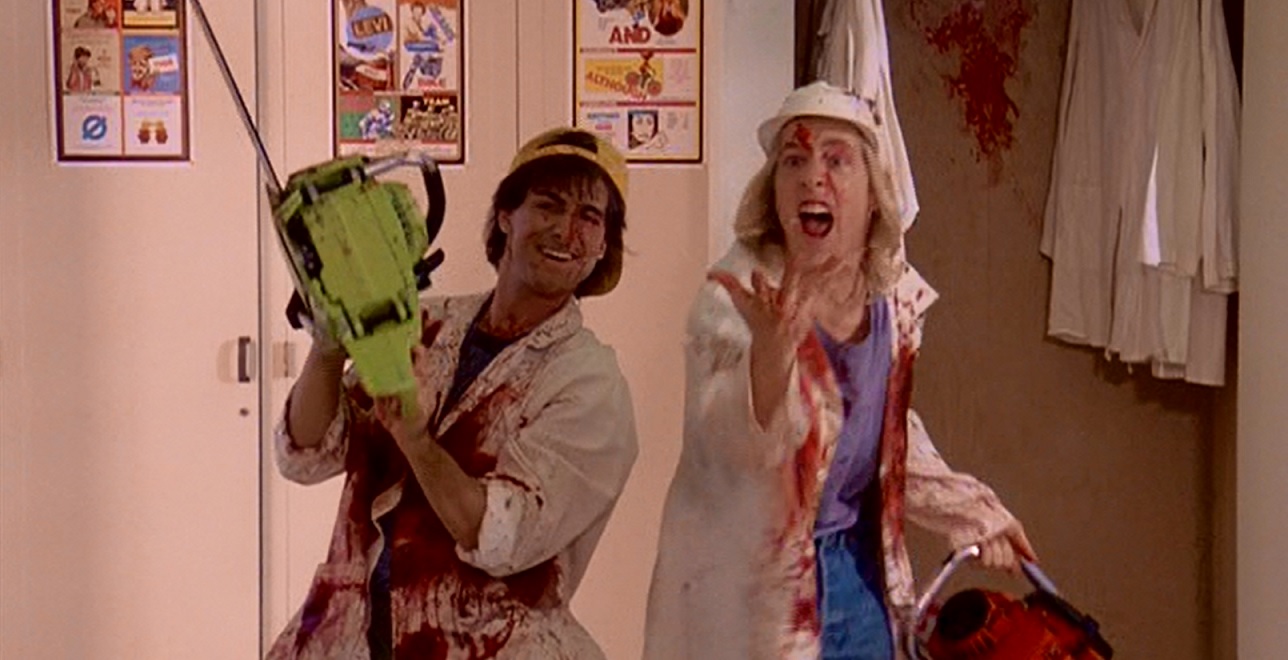 It was just about 10 years ago that I attended my very first horror convention. I remember feeling at home when I walked into Maryland’s Hunt Valley Inn for HorrorFind Weekend, as the hotel was swarming with people I immediately felt a strong bond with. It was the first time I was able to physically interact with fans who loved the same things I loved, a pleasure that the internet forums I was part of simply did not allow.

But before the internet was a thing, and prior to being aware that horror conventions even existed, my horror movie fandom made me feel like an outcast, in many ways. I developed a love for monsters and madmen at a pretty young age, thanks in no small part to the Goosebumps books and Nightmare on Elm Street films, and there was a period of time where I was convinced that there simply weren’t others like me.

My first sense of the so-called ‘horror community’ that I would eventually become part of came years prior to my debut convention outing, and from a highly unexpected source. I remember being up late one night and catching Carl Reiner’s Summer School on TV, a 1987 comedy film about a super cool high school gym teacher who gets in way over his head when he’s forced to teach a summer class to a bunch of misfits.

Those who have seen the movie surely know where I’m going with this, but two of those derelict students in the film are best friends Francis “Chainsaw” Gremp and Dave Frazier – played by Dean Cameron and Gary Riley. Though it’s fairly common nowadays in both movies and television shows, Summer School was/is incredibly special to me because it was the first time I ever actually saw horror fans depicted on screen.

We initially meet Chainsaw and Dave in an opening credits montage sequence, where they’re standing in front of their lockers and playing around with fake body parts. The insides of the lockers are decorated with images from Dawn of the Dead, The Fly, A Nightmare on Elm Street, and The Texas Chain Saw Massacre, establishing right off the bat that their defining character trait is that they’re horror fans.

And the cool thing about Summer School, which came along at a time when horror was red hot, is that their shared loved of the genre becomes an integral part of the movie’s storyline. Practical effects aficionados and mega fans of The Texas Chain Saw Massacre in particular, Chainsaw and Dave are almost always talking about horror movies, and at times the film channels the spirit of ’80s horror. 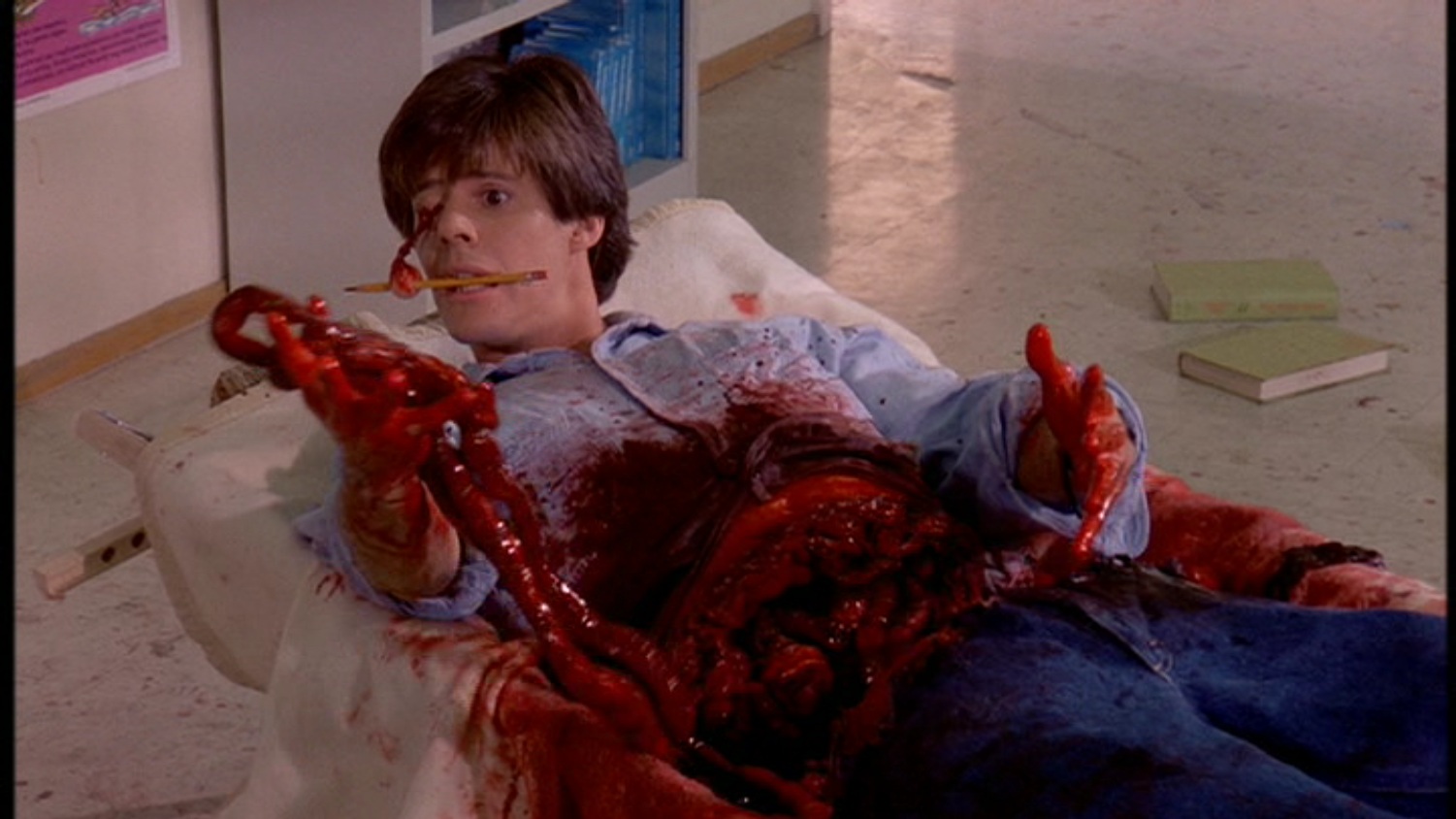 In one scene the wacky duo stages a killer rabbit massacre at a petting zoo, using fake blood and liquid latex to prank their classmates, while Summer School‘s horror influence is strongest in a sequence where they trick a substitute teacher into thinking the entire class has been brutally slaughtered. It’s easily the goriest scene in ’80s comedy, feeling like it was ripped straight out of a high school slasher flick.

At one point, Chainsaw and Dave even convince teacher Freddy Shoop to screen The Texas Chain Saw Massacre for the class, and clips from the 1974 classic were to be my very first introduction to the film. In another scene they pen a love letter to makeup effects artist Rick Baker, praising his work in An American Werewolf in London and noting that they admire him very, very, very, very, very, very, very, very much.

Chainsaw and Dave are oddball outcasts in Summer School, not quite blending in with the other students, but there was something about seeing their love of horror represented on screen that made me feel, well, less like an outcast. And in the days before I realized how many people in this world appreciate gore effects and slasher villains, I got a lot of comfort out of watching their wacky antics. They were, after all, just like me.

More than anything, Summer School opened my eyes to the fact that there was an entire community of like-minded horror fans that I would someday – hopefully – be embraced and accepted by. That day thankfully came, and though it was years after the first of countless times I watched the movie, the wait was well worth it. Because the horror community is where I belong, and I’ve never had better friends than the ones I have now.

So thanks, Chainsaw and Dave. Thanks for being my surrogate horror friends until I found real ones.