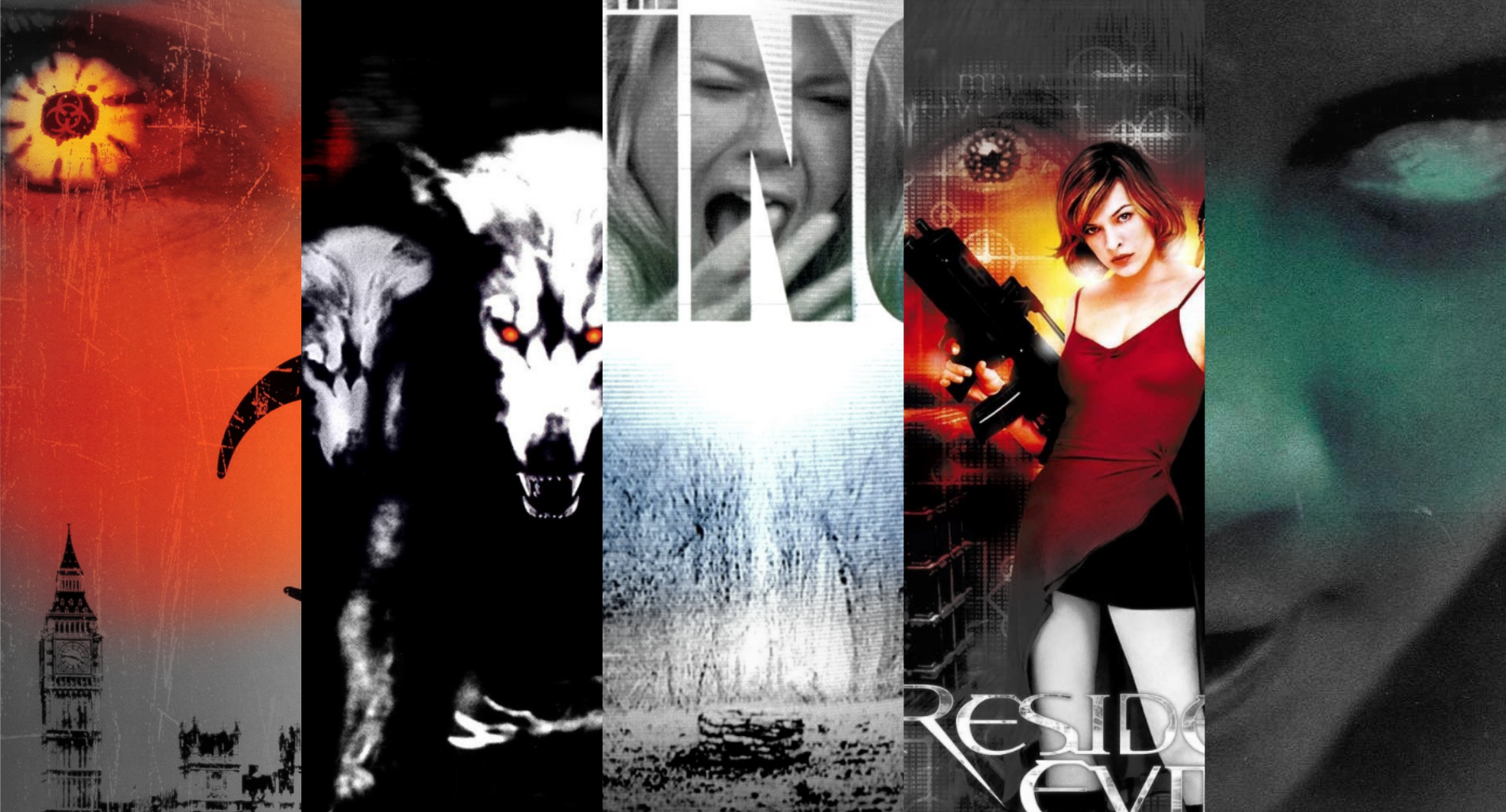 Small budget, BIG result! Considering how little money Neil Marshall had to work with on this production, the end result was a fantastic achievement. The werewolves look utterly terrifying when the camera doesn’t linger on them too long, and the enthusiastic cast give everything during the frenetic action scenes. Marshall became a director I followed with interest after Dog Soldiers, and it wasn’t long before he delivered another REALLY special horror movie!

A rare remake that I throughly enjoyed because it didn’t feel like a completely unnecessary and pointless creation. Director Gore Verbinski included everything that made the original version so creepy and effective, but carefully made sure it was a little more accessible for Western audiences. I personally don’t think Samara (Sadako) needed the flickery special effects upgrade they gave her, but in general this is a polished success.

Remember when Danny Boyle rejuvenated the zombie sub-genre without actually using zombies? 28 Days Later is very British, very brutal, and beautifully bleak, thanks to its unique visual style that was fresh and modern at the time. In the hands of a less experimental and brave director this could have been quite nondescript, but Boyle made it a movie experience that nobody could ignore. I personally think the third act is disappointingly predictable, but that’s only because everything that came before it was near perfection.

Creepier than a creeping creep who just won a Creepy competition! Do you have a horror genre kryptonite? A type of movie that can potentially send some shivers down your spine no matter how big and tough you think you are? Mine is SUBTLE ghost stories, always has been. The horror in these films can be quiet and unexpected, which makes me twitchy and uncomfortable. The Eye is full of these little ‘moments’ … and that elevator scene is SO memorable.

Yeah, this is another guilty pleasure in my world, so I hope you can forgive me for reminding you it exists. I HATE how far they strayed from the atmospheric magic found within the video games, replacing it with mindless action and lots of jumping! But back in 2002 I got caught up in the pre-release hype, and for some weird reason I actually ended up enjoying what they did create. I have little interest in the endless sequels that keep falling off the production line, but this original has SOMETHING within it I kinda like. Just don’t ask me what it is!