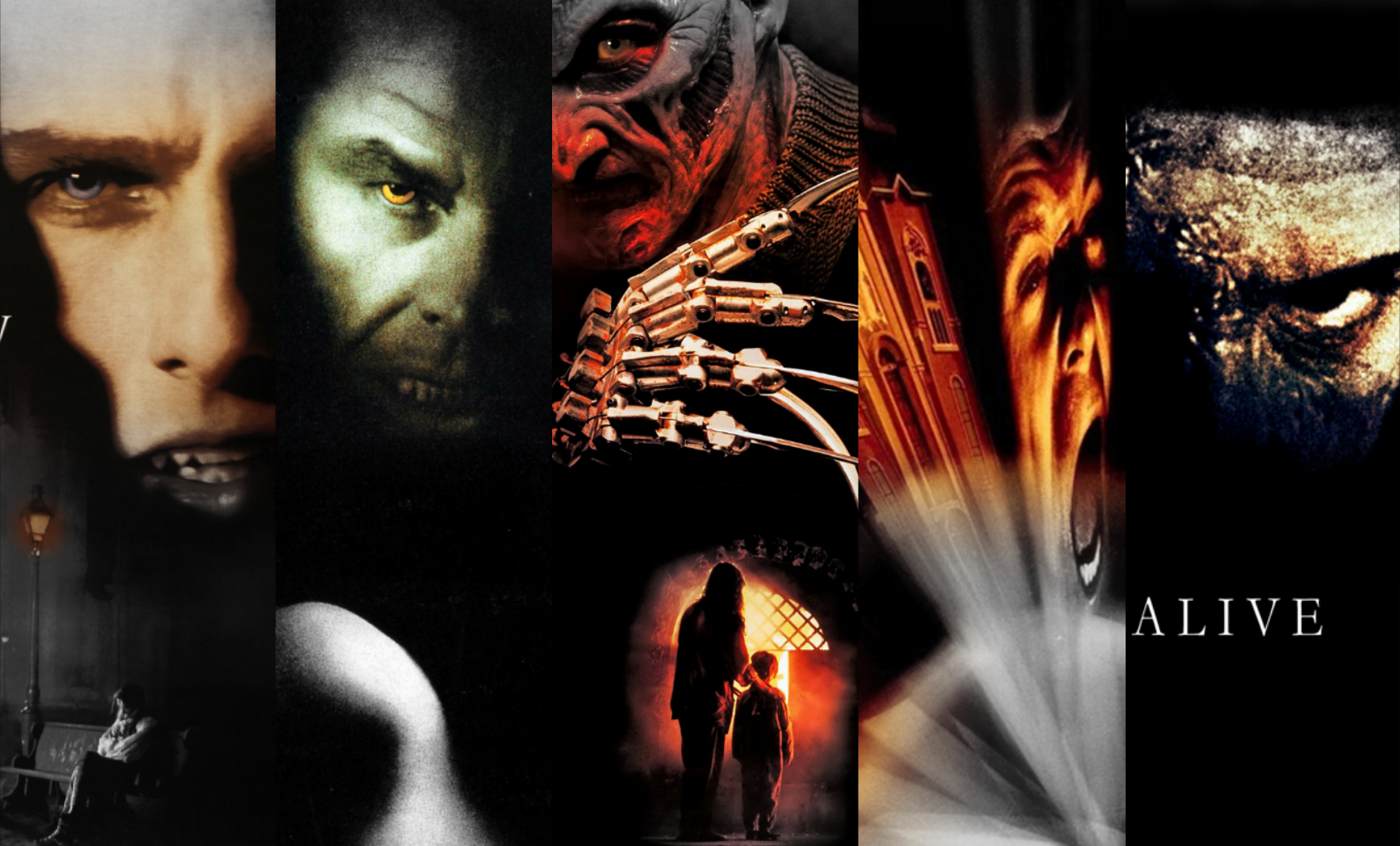 Interview with the Vampire.

When I first heard Neil Jordan was directing this adaptation I knew the chances of it succeeding had instantly increased, and sure enough he managed to make it an experience that was unexpectedly impressive. In the hands of a lesser director I’m almost certain this would have been REALLY bad, but Jordan knows how to cultivate a brooding atmosphere, while also throwing in just enough action and bloodletting to keep things interesting. A film I’ll always recommend, because it really is MUCH more than it appears to be.

Craven’s Elm Street revival was a movie ahead of its time, and it could be argued that it was a small but crucial turning point for the entire horror genre. Two years later, Wes would return with Scream, a film that unquestionably rejuvenated horror, but New Nightmare now feels like the start of something special, and it really was just as intelligent and self-aware. Robert Englund would pull on the glove one more time, but this bold chapter and the classic original movie remain the creative high points for this franchise.

Jack Nicholson as a werewolf, with Rick Baker applying the special make-up effects! That sounds fucking awesome!! I remember being VERY excited at the prospect of Nicholson starring in some kind of werewolf movie, it just seemed a perfect fit. Sadly, the end result was far too melodramatic and safe for my liking. But this IS more or less the final time Jack was able to deliver a physically impressive and wild performance in a movie, so for that reason alone I’ll always be fond of Wolf.

In the Mouth of Madness.

A seriously divisive movie that requires a lot of patience to truly appreciate what John Carpenter was attempting to make here. If mind-bending Lovecraftian horror is your thing, then Madness will deliver an experience you might very well enjoy. But if you love Carpenter’s work because of how perfectly direct and accessible it normally is, then this should probably be avoided. I disliked it at first, and waited years before finding the motivation to watch it for the second time, but you really do start to gain clarity with each passing viewing, and that clarity enabled me to see the quality within.

Robert De Niro playing Frankenstein’s undead creation seemed like another wonderfully perfect decision at the time it was announced, and overall I THINK it worked. This was Kenneth Branagh’s first BIG directing gig, and at times you get the feeling it was all just too much for him to handle, but it can’t have been easy trying to make a powerful adaptation that would also entertain the masses. A solid attempt, but a little more electricity was needed!