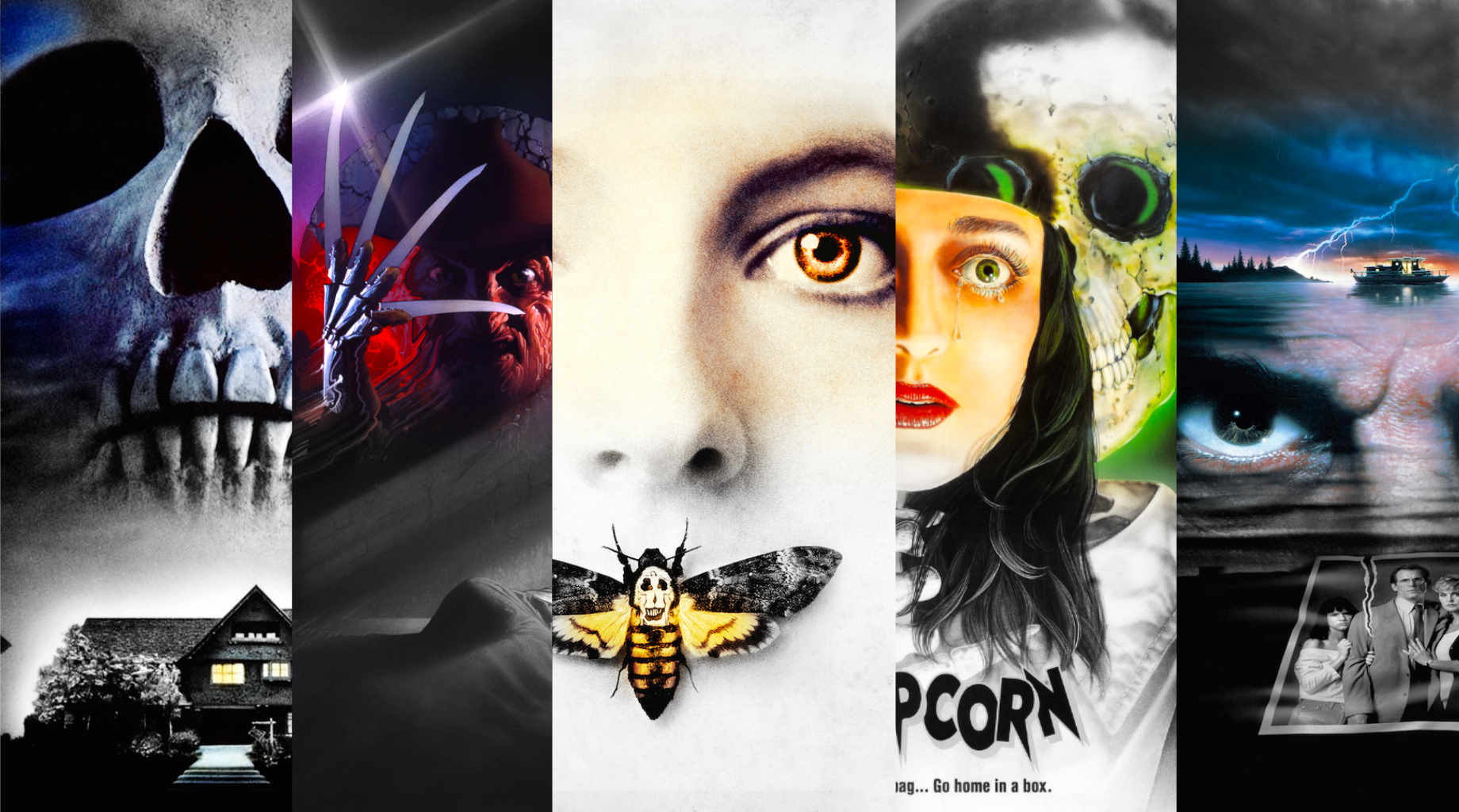 Guilty pleasure alert! … When Freddy’s Dead was released I genuinely thought it was going to be the actual FINAL NIGHTMARE, so I just tried to embrace its cartoony weirdness and the series as a whole. The problem is, that means I’m now kinda fond of the damn thing. Thankfully Wes Craven wasn’t as happy as I was watching Freddy ride broomsticks, and 3 years later the character would return with less fun and more fear.

The Silence of the Lambs.

Quite simply one of the best movies I’ve ever seen, across all genres. Some people will tell you that it isn’t a horror movie, and I can understand and respect that point of view. But I DO consider it horror, and as such I’m happy to call it one of the finest horror movies ever made. The script, casting, direction, lighting, tone – EVERYTHING works toward one goal, to make you feel uncomfortable, anxious and scared! I cannot praise it enough.

Popcorn is a cheap, zany and peculiar movie, but it must have done something right, because I’ve never forgotten how much I enjoyed it that one time many years ago. In many ways it’s a twisted tribute to this genre we love so much, with the majority of the film taking place in a movie theater that is screening an all-night B-movie Horror-thon. It’s always good to see Dee Wallace in ANOTHER horror movie, and special mention must go to the late Tom Villard, who is very memorable as Toby, the theatrical face-swapping killer.

The People Under The Stairs.

An underrated gem from Wes Craven, who seemed to be having more fun than usual here, resulting in an engaging horror movie that is amusing, creepy and action packed. I think there will always be a small part of me that wishes ‘Mommy and Daddy’ had survived to return in more movies, but I’ll happily settle for this self-contained good time. Besides, Craven was about to be VERY busy fixing Freddy and starting a new franchise. What was it called again?

I KNOW … It could be very strongly argued that this is NOT a horror movie, and unlike Silence, I wouldn’t fight that. All I know is the first time I watched Cape Fear, it became a firm favorite, and it FELT like a horror experience. Fear, anxiety, and a near-unstoppable killer who murders someone while dressed as a woman, and survives being badly burnt near the end! Norman and Freddy would be proud.