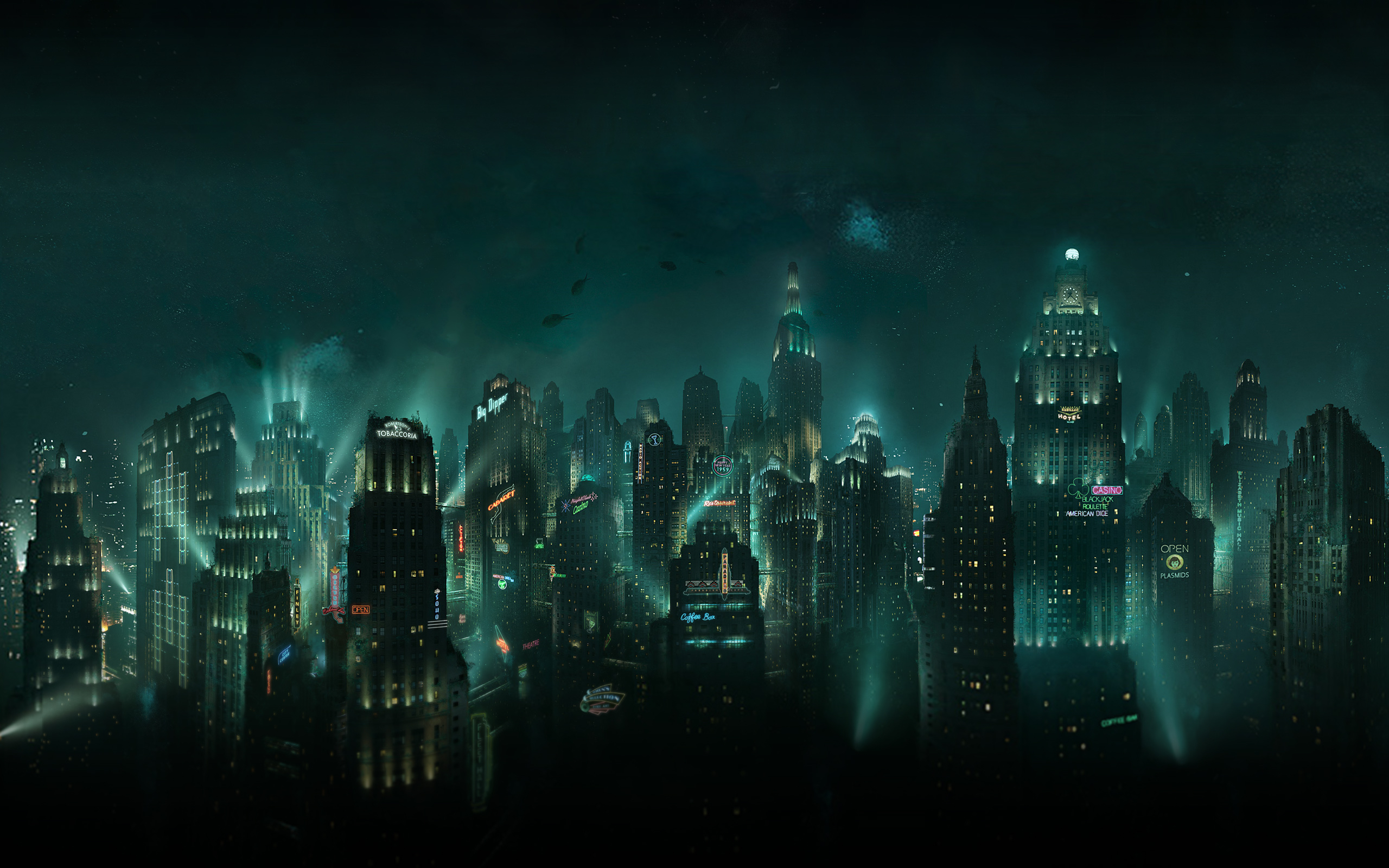 I’ve never been what you would call a dedicated video game player, but I have ‘phases’ in my life during which I will smash my way through 6-7 games I’ve been wanting to play one after the other. These phases normally last two, maybe three months then life will become busy again and I’ll forget about gaming for another year or so.

I personally look for two things when I make a purchase. Playability (as I’m sure we all do) but most importantly atmosphere. Games that immerse you, pull you into the world your character has entered and make the hair on the back of your neck tingle. Environments worth exploring at a steady pace. I’m not a Call Of Duty kind of guy, the last time I played one of those I was killing Nazis and wearing a tin helmet! The last time I controlled Mario an N64 was sitting in front of me … BUT, give me something mysterious, something spooky and I’m there.

So grab a flashlight along with any weapons you can find, and let me guide you through my ten favorite atmospheric video game locations. Nice places to visit, but you wouldn’t want to die there! 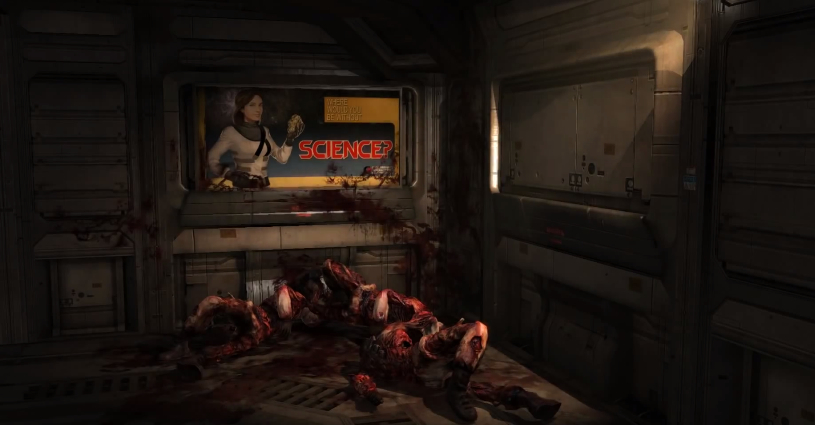 Playing as Isaac Clarke, your mission is to explore the giant ‘planet cracker’ mining ship Ishimura, and discover why all contact was lost with the crew onboard. What unfolds is a horrific cocktail of carnage … (think The Thing mixed with Event Horizon). Dead Space is relentlessly dark, twisted, gory and entertaining. 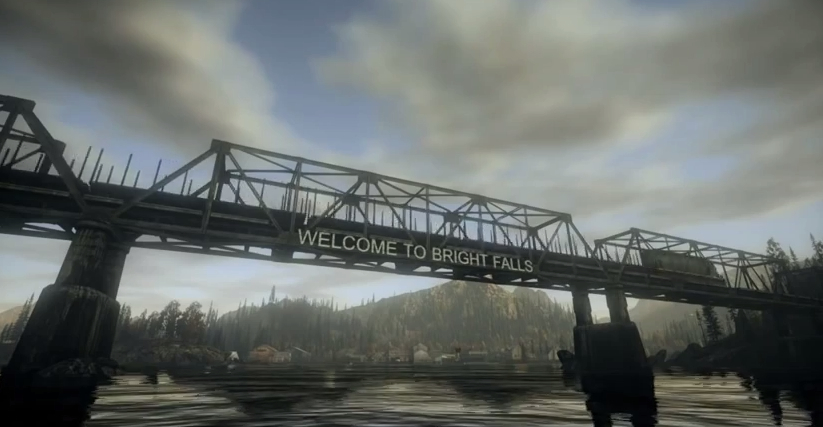 Possibly the best game I have played in recent times. Alan Wake completely and UTTERLY immersed me into the world it created and made me care about characters in a video game more than I thought was possible. When you arrive in Bright Falls it seems like a nice enough place, but when the sun goes down … things get crazy real fast! It’s a cross between an episode of Twin Peaks a Stephen King novel and John Carpenters The Fog. If you haven’t played it then I urge you to do so and help Alan fight the Darkness! 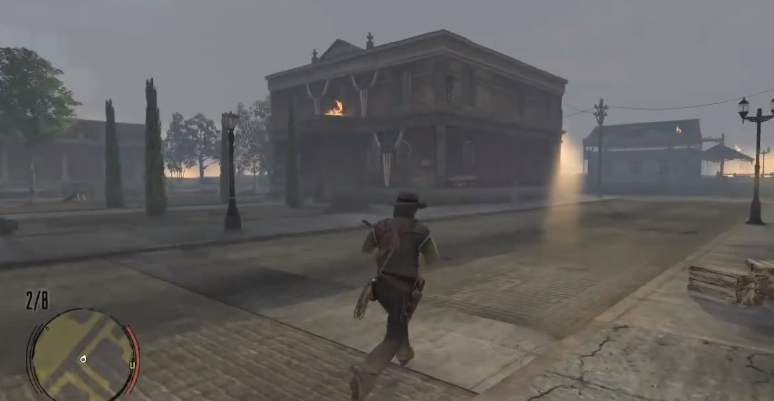 Undead Nightmare took the map we all knew and loved from the original and turned it into a stunning Zombie filled world. The sky was always dark and ominous, most buildings were gutted and burning and you even got to ride the four horses of the Apocalypse! 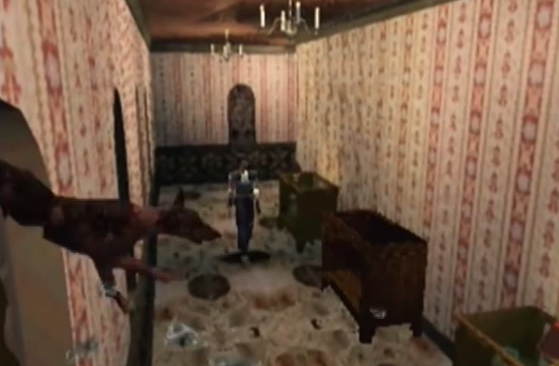 Sure, the graphics have dated but the atmosphere and classic horror you get while wandering the Mansion in this, the original Resident Evil, is still hard to beat. Ominously ticking clocks, echoing footsteps, distant groans … Unnerving perfection.

I downloaded this from X-Box Live simply because the graphics looked interesting but what I got was an unforgettable and unique experience. It’s basically just a puzzle solving platform game but the visuals are mesmerising, filled with depth and fluid movement. It’s like controlling yourself as a child through a bad dream.

I must also admit I’m not keen on Spiders … so yeah, it genuinely scared me a little … 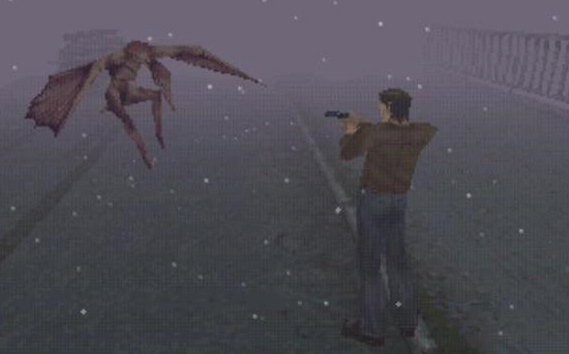 Like the original Resident Evil the graphics have seen better days but the slow-burning tension as you wander the mist filled streets remains as spooky as ever and it’s a game that doesn’t tell you much, you have to dig deep and discover the truth about Silent Hill for yourself.

Located beyond the borders of City 17, Ravenholm is a small former mining town that got targeted by Combine forces and became overrun with Headcrabs turning it into a Zombie filled and desolate nightmare. A nerve shredding chapter within a near perfect game. 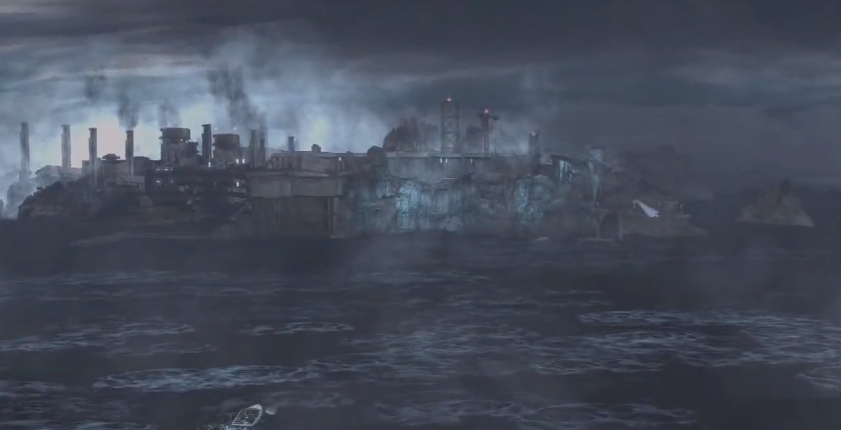 The final section of a truly fantastic game, it features on this list for many reasons especially the lighting and I love the design and style of the interiors … but most of all it’s here because the island is home to the Regenerators … Don’t ever meet them for the first time while playing this game at night and alone with the lights off (Like I did) … I can still hear their rapid breathing noises echoing through the dark corridors when I go to sleep! 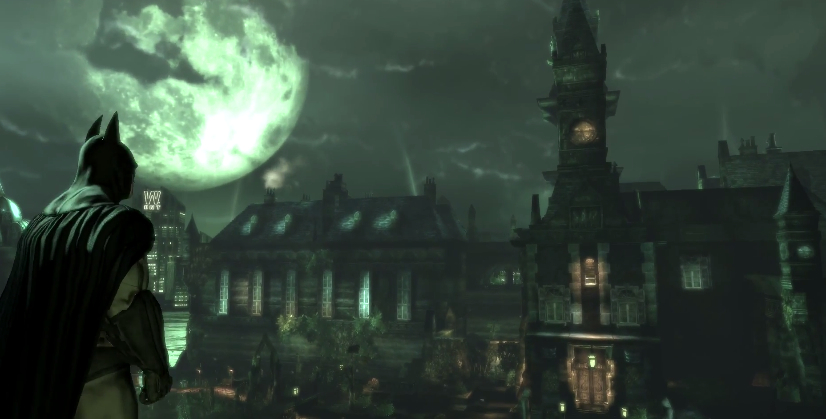 Visually this game is something else, a blend of Gothic buildings drenched in neon lights and filled with dark corridors and psychotic freaks just waiting for you to discover them. The Asylum is situated on an island just off the coast of Gotham City … One minute you can be perched on a rooftop looking toward the illuminated skyscrapers, the next you are silently crawling through a dark ventilation shaft while the Joker can be faintly heard in the distance mocking you over the islands public address system. 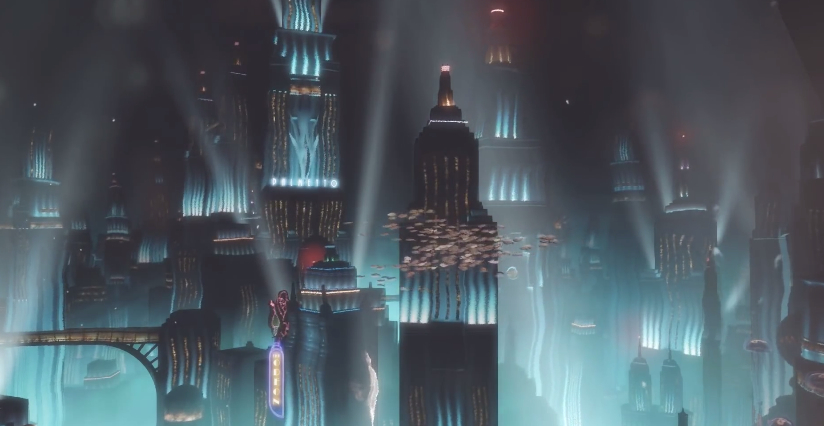 Beautiful on the outside … pure insanity inside. Rapture as a location is the stuff of nightmares, endless corridors and rooms filled with broken furniture, blood stained walls and creepy 1940s Art Deco architecture.

The giant underwater city was created to be a sanctuary for the worlds greatest thinkers and most gifted individuals, a place where they could create and express themselves freely without rules or political interference. When you arrive in Rapture the city is in ruins following a civil war and patrolling every dark corner are Splicers … The deformed, drug addicted and insane residents of this once great metropolis.