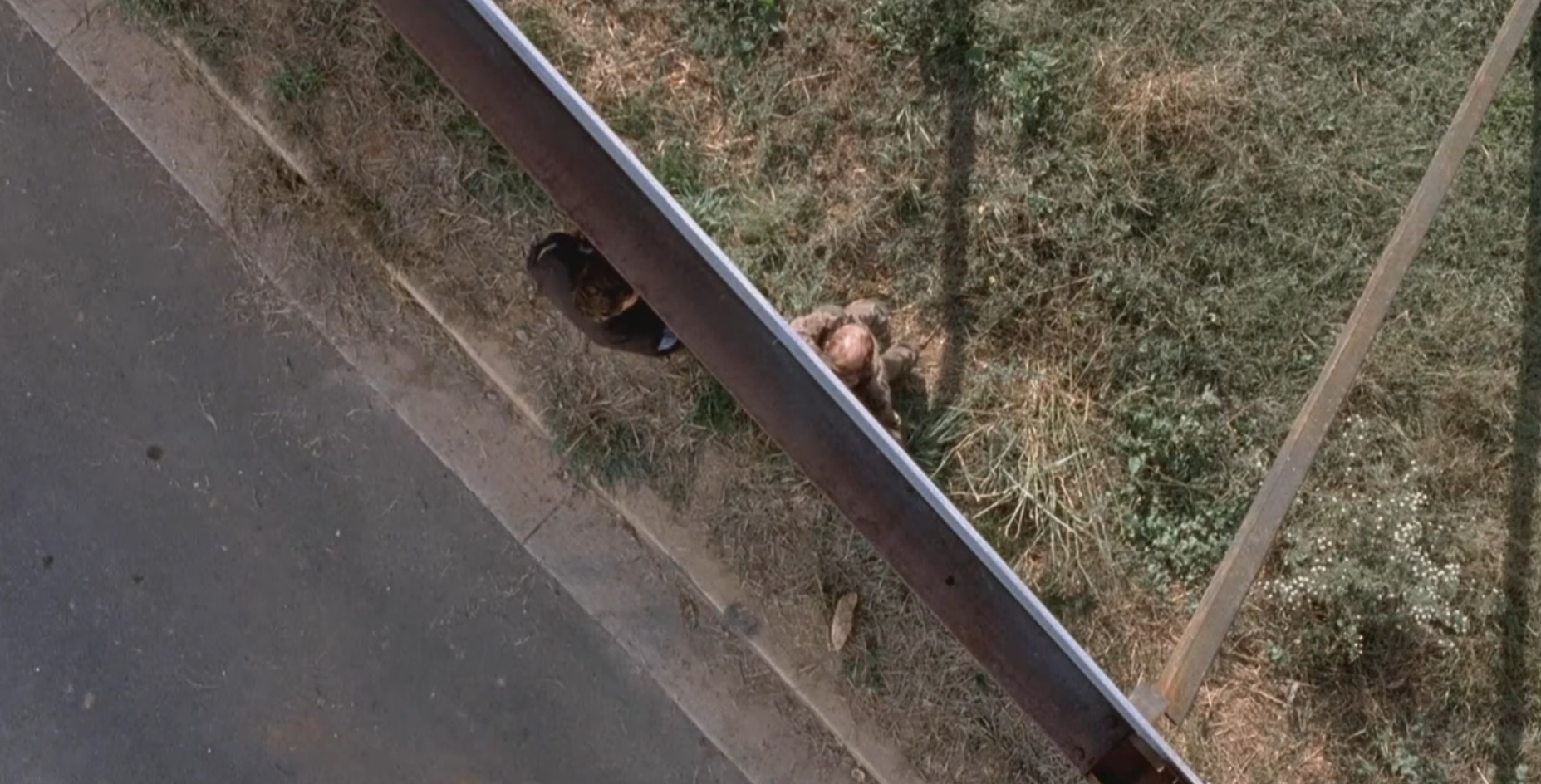 In last week’s recap I described stellar episode ‘Remember’ as a bold reinvention of The Walking Dead, taking the show in an entirely new direction. While the series had admittedly been getting a bit stale, the arrival at Alexandria provided a much-needed breath of fresh air – so much so that it felt like the characters had been dropped into a different show altogether.

Another episode where not much happened and yet so much happened, ‘Forget’ played around with many of the same ideas that ‘Remember’ introduced, further exploring the idea of whether or not our heroes had been at war for too long to ever return from what they had seen and done – and the answer to that question, as we learned, is different for each character.

Last night’s episode was full of interesting and memorable moments, so today I wanted to spotlight and talk a bit about the best/most important ones…

One of the most interesting things about Alexandria has been the way Carol is handling the new situation. Though we of course know she’s a hardened badass who doesn’t think twice about shooting kids in the head, Carol has decided to play the role of harmless housewife, and it’s so much fun watching her obviously phony attempts to curb her killer instincts.

Carol went above and beyond the call of duty last night, threatening the life of a young boy who caught her stealing a bunch of handguns from Alexandria’s armory. Don’t tell your mom and I’ll bake you a bunch of cookies, she told the kid. Tell your mom, however, and I’ll pluck you out of bed, tie you up to a tree out in the woods and let walkers feast on your innards.

Given the way she handled the Mika and Lizzie situation we of course know that Carol wasn’t making an empty threat, which made the moment all the more chilling. I’ve been saying that Carol is perhaps the smartest and toughest character in the whole group and last night even further solidified that belief, as there is simply no limit to what she’ll do in order to protect her own.

Please don’t kill her off, writers. Pretty please, with apple sauce on top?

Whereas Carol is putting on a mask of sanity inside the walls of Alexandria, Daryl has been nothing if not true to himself, to the point that he hasn’t bothered to even shower or cut his hair – much to the dismay of Carol. Even within the group, Daryl has always been somewhat of a loner, and so it only makes sense that he wasn’t eager to open up.

That all changed last night, however, as Daryl made a new friend in Aaron. Encountering each other on separate hunting trips, Daryl and Aaron joined forces and attempted to save the life of a horse, a mission that ultimately failed but yet succeeded in bringing them together. While everyone else partied, Daryl slurped down spaghetti at Aaron’s house, where a job was handed to him.

Daryl let his guard down and nearly broke down when Aaron escorted him into a garage full of motorcycle parts, asking him to fix up the bike and come with him on recruitment missions. With tears welling up in his eyes, Daryl accepted the gig, in the process forming an ironclad bond with someone who he never would’ve gotten to know pre-apocalypse.

Unlike most of the characters on the show, who have lost parts or all of their humanity in the wake of everything that has gone down, Daryl is interesting in that the apocalyptic situation has not taken away his humanity but rather given it to him. People like Rick and now Aaron have given Daryl a family that he never quite had, making his evolution an entirely unique one.

By the way: props to the writers for bringing to the screen, with Aaron, a homosexual character who is both tough and very much unstereotypical. Rare to see, and very nice to see.

3) MICHONNE PLAYS WITH A NEW SWORD

If there’s any single shot that has best personified the struggle raging within each character, at this present moment in time, it’s the one from last night of Michonne holding a cocktail sword in her hand. Without a word being said, that little moment managed to say so much, as it showcased just how much change Alexandria has brought to the table.

Later on in the episode we saw Michonne hanging her trusty sword – the real one – up on a wall in her new home, and it was again a moment where no words needed to be spoken. At least for now, Michonne has gotten comfortable in Alexandria and doesn’t feel the need to carry a weapon around with her at all times – the same, of course, can’t be said for Rick.

On the subject of the party scene: how great was Abraham’s drunk speech to Michonne? Seeing these grizzled characters in a whole new light has been thoroughly entertaining, and I sincerely hope we get to see more happy, carefree moments like that one.

One character who’s very much not happy and not carefree is Sasha, who is perhaps more doomed than any other character on the show. In the wake of losing her lover and her brother, in a fairly short span of time, Sasha has completely lost her way, and is reacting to the Alexandria situation in a way that suggests she’ll never be able to accept that lifestyle.

During the party, Sasha blew up at a harmless member of the community who simply asked her what she liked to eat, as she couldn’t wrap her head around the idea that such normalcy could exist in the current landscape of the world. And as crazy as she may seem, Sasha just might be right about that. After all, it’s hard to imagine that Alexandria is anything but a temporary mirage.

It’s also hard to imagine Sasha surviving for much longer, so we just might have to make peace with that.

5) RICK TEETERS ON THE BRINK OF MADNESS

If there’s any character who has indeed been ‘out there’ for too long it’s Rick Grimes, who is playing the role of father and sheriff but is very much not internally comfortable with the changes that Alexandria has made to his life. Though he looks the part and is acting the part, it’s quite clear that Rick’s mask of sanity is slipping, and in many ways he’s torn between being a hero and a villain.

One of the most interesting moments of the episode was when Rick encountered Jessie and her husband holding hands and walking together, not long after he shared an awkward kiss with the married woman. With their backs to him, Rick thought for a moment about grabbing his gun, and it almost seemed as if he was contemplating using it.

I got the sense that Rick, in that moment at least, saw Jessie’s husband as a roadblock that he needed to clear, as he has done many times in the recent past, and that moment showed just how torn he is between monster and man. That struggle was brilliantly personified in the above shot, wherein Rick shared a weird kinship with a walker outside of Alexandria.

Like Sasha, Rick may be too far gone for this sort of ‘normal’ life, and it’s seemingly only a matter of time before he becomes the so-called bad guy and takes Alexandria by force. As has been hinted in the past, perhaps Rick and the Governor weren’t all that different after all.

If you’re asking me, Alexandria is one of the best things to ever happen to The Walking Dead, as the show has already evolved a whole hell of a lot, in just two episodes. In fact, I’d argue that the series has never been more interesting than it is at this present moment in time, which is no small compliment.

With the trip to Alexandria, The Walking Dead has once again become a genuine slice of must-see TV.