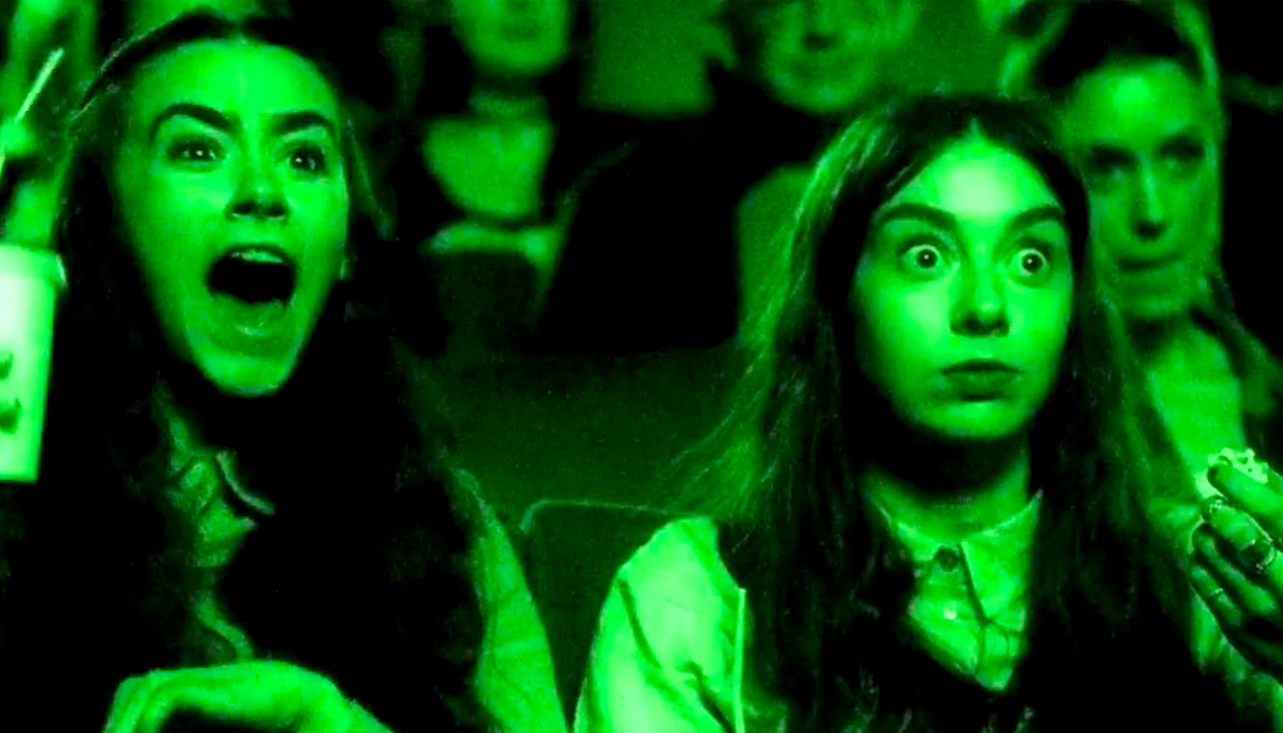 Is the next great horror movie director out there right now? Making a zero budget short film in his or her backyard that will be good enough to propel them to fame and fortune! New BBC3 show The Fear certainly thinks so, and for the next few weeks it will be showing a selection of these spooky mini-movies in the hope that one of them was created by the next Wes Craven or John Carpenter.

It’s unlikely I know, but even if they don’t unearth anything or anyone truly unique, the first episode of the show was entertaining enough to make me think this will be a nice little boost to the horror community no matter what happens after the finale. ANYTHING that encourages people to make their own movies and dream of becoming bigger and better is only a good thing, and getting to see four horror shorts for the first time in one neat and polished 30 minute programme was genuinely enjoyable.

The Fear is produced by the same team responsible for the extremely popular UK TV show Gogglebox, and this was instantly noticeable because of the way the programme was presented. In Gogglebox, members of the British public are filmed in their homes watching TV programmes throughout the day. The cameras capture their emotions and reactions with the end result being a mildly voyeuristic look at something we all do – melt into a comfy chair and stare at our beloved flat screens. In most homes the recovered footage would be seriously dull, but Gogglebox has become the huge success it has because the people being filmed were chosen for their quirky and energetic opinions. They don’t just sit there knocking back beers before falling asleep with no pants on.

The Fear incorporates this people-watching concept by showing the short films on a cinema screen to an audience that I assume applied for tickets. Several of the guests are then wired for sound and filmed using night vision to capture their thoughts before, during and after each presentation. I personally found it distracting and slightly unnecessary to have such brief films constantly interrupted with reaction shots of these chosen guests, but I suppose it adds an entertainment factor for casual viewers who don’t live and breathe horror.

Every member of the audience gets to rate each film from 1-10 based on how scared they were, and at the end of the series the three most highly rated shorts will be viewed by Blair Witch Project co-director Eduardo Sanchez, who will choose the ultimate winner and present them with a funding prize worth £20k. Loose change in the movie making world these days, but it’s the thought that counts I guess.

So let’s take a look at the short films that kicked off the series. A mix of dependable jump scares, creepy ghosts and uncomfortable animation.

Every short that appears on The Fear must have a duration of four minutes or less, meaning it’s almost impossible for the directors to incorporate backstory within the script that would help us understand and explain what is happening on-screen and why. In my opinion some of the best and most effective short films are the ones that feel like a MOMENT taken from a larger story. A bite-sized slice that delivers a self-contained experience, but ALSO whets your appetite and makes you ponder a possible bigger picture. Mr. Creak had that effect on me, and combined with an impressive lead actress, some nicely atmospheric lighting and a haunting score, the end result was a film I seriously enjoyed. Liam Banks is a name to watch.

3am. Directed by Frederik Wolf.

3am is your classic wait… wait… wait… JUMP SCARE short film. Sometimes they work, sometimes they don’t, but there are plenty of them out there right now simply because it’s the most obvious direction to take when creating a mini horror movie. 3am works like a DREAM because Frederik knows you need to prepare your viewers for the jump. You need to unnerve them, creep them out, and get them ready to scream when the big finish is unleashed. My girlfriend lifted about three inches off the sofa, and you could tell the audience in the cinema were instantly energized by what they had seen when the lights came up. A genuinely spooky short that delivered a punch of adrenaline in style.

I’m a huge admirer of anyone who passionately creates traditional animation and tries to give it a unique style, so I was REALLY hoping that The Butcher Man would be a short that I could endorse and honestly say I liked. Sadly I came away disappointed after watching it, mainly due to some weak voice-over work and a story that just recreates the Pendulum trap from Saw 5. There was enough quality on display to suggest that Robert could have a very bright future ahead of him in the business, but this just didn’t work for me. And compared to the other shorts that surrounded it in this first episode it unfortunately ended up looking like a light-hearted interlude.

What It Wants. Directed by Aaron Bird.

The final movie this week was brave enough to avoid delivering a carefully timed individual jump scare and simply tried to creep us out with some good old fashioned darkness, ghostly demons and gore. It had a very strong asian horror vibe running through it, and the concept of a deformed female demon possessing men who would then unwittingly collect body parts from their sleeping partners was an interesting one. There was definitely a story here that could be expanded into a full length film, and director Aaron Bird proved he has the ability to create a movie that gets under your skin… and scalp! Very impressed.

For further information on any of the short films or the talented individuals who created them you are only a Google search away. And stay tuned to Halloween Love for more reviews and discussion as the series continues.