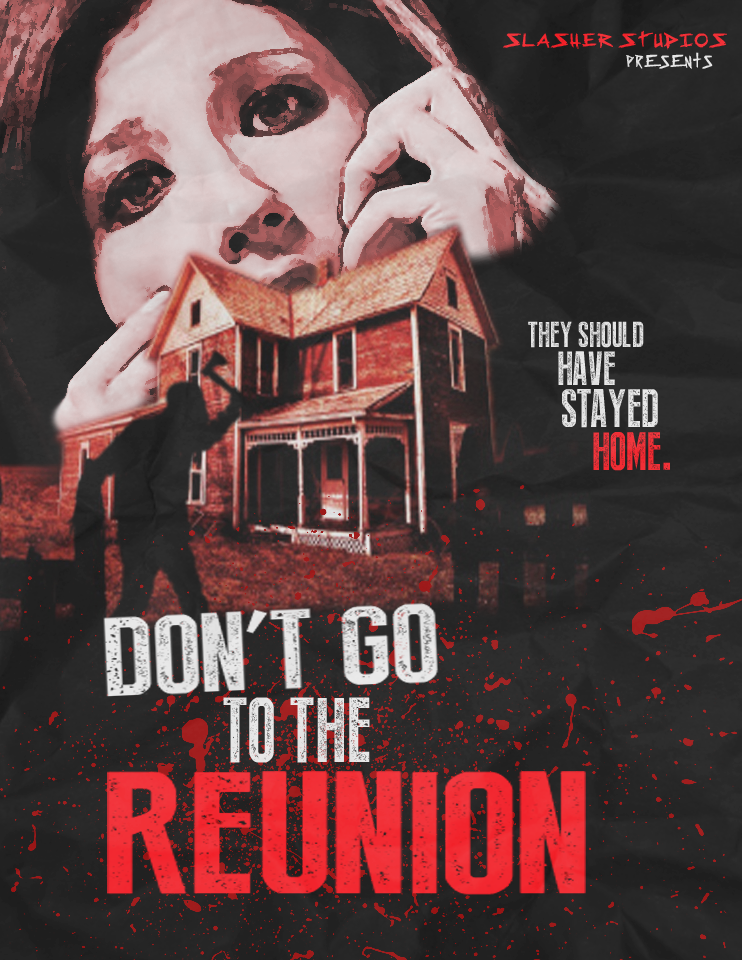 Scott Rantzen (Brady Simenson) is a horror movie loving misfit who is teased by the popular students in school. When a date with the very popular and very beautiful Erica Carpenter (Stephanie Leigh Rose) backfires, he feels as though his life is ruined. Ten years later, the gang reunite for their class reunion. Little do they know that someone is waiting for them and ready to see that they pay for what they did. Is Scott back for revenge and will the old gang survive to tell the tale? There’s gore in store for the Class of ’04.

Every few years, a movie is released that tries to cash in on beloved horror movies of the past. No matter what new trends are started, whatever new franchises are created, there will always be those who love the classic slashers of the 70s & 80s. Behind the Mask: The Rise of Leslie Vernon and House of the Devil are just two of such films from the last ten years. Some surprise us, some simply entertain us and some miss the mark entirely. Occasionally, however, one movie comes out of the wood work that just knocks you down with its brilliance, demanding your attention. This is one of those movies.

Don’t Go to the Reunion, written and co-produced by Kevin Sommmerfield, is a tour de force of independent horror. The film itself features everything that one comes to expect from the slasher genre. The cast includes a jock, a brain, a jerk, a good girl, a loner and a “Final Girl”, ganging up on Scott, the horror buff outcast. After a pre-credit scene takinng place in 2004, we are given a credit sequence reminiscent of Friday the 13th, backed by a fantastic score that features homage after homage to classic genre music.

Fast forward to ten years later, where Erica, one of the girls responsible for the prank, still feels bad about what happened. As their high school reunion draws closer, so does the anniversary of the prank. Erica finally decides to attend with her boyfriend David, where they’re met at a cottage by her former friends. Some are doing well, most are not and one of them hasn’t shown up. As the night goes on, the bodies start piling up, all of the deaths modeled after 80s slasher kills. Finally, the class of 2004 has to face its demons in a bloody climax that assures us there will be no sequel.

Director Steve Goltz does an excellent job giving the movie a very claustrophobic feel. While there are some beautiful wide shots, the choice to use tighter shots in areas where it is clear there is plenty of space added to the overall atmosphere. Quick cuts and brief avant-garde cutaways mimic Rob Zombie’s directorial style in some scenes.

Kevin Sommerfield writes a love letter to the genre with this script, inked in blood and full of nods for fans of slashers to point out (and in some cases, laugh at). 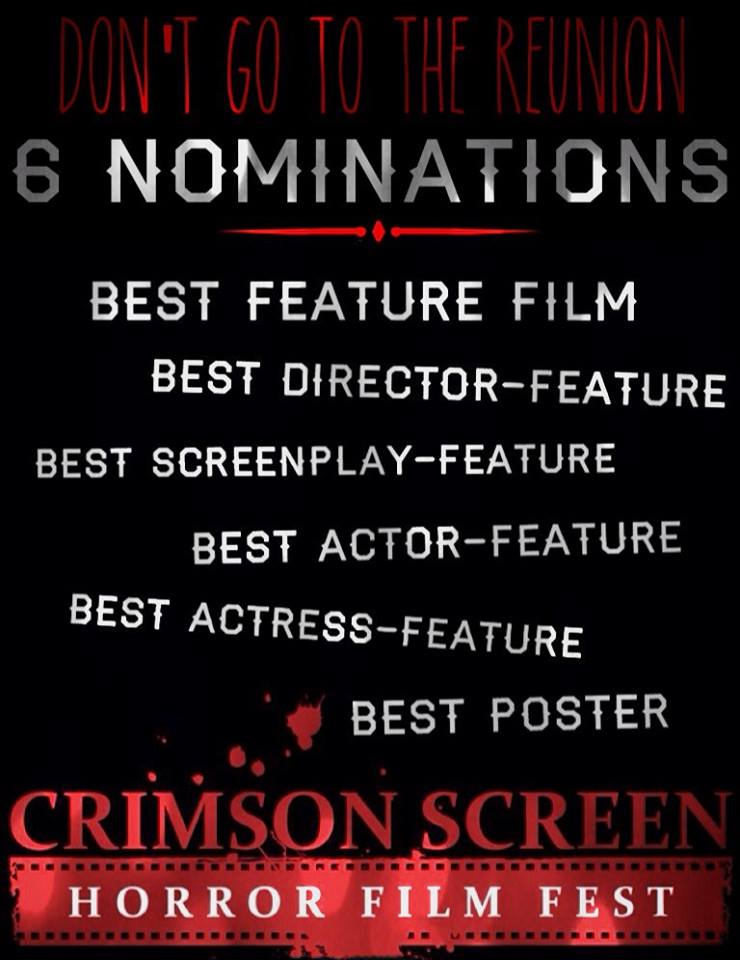 Having already been nominated for several independent horror awards, including a recent six nominations at the Crimson Screen Horror Film Fest, Don’t Go to the Reunion is a blood drenched thrill ride with a high body count, fun deaths & smart dialogue. 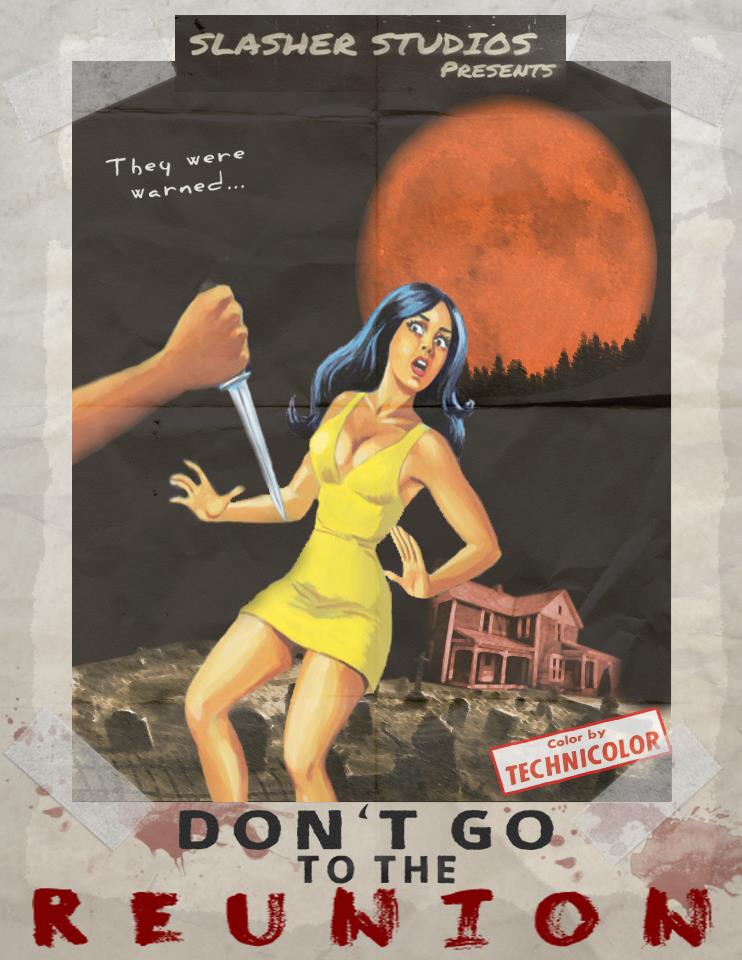 And boobies. You can’t have a slasher flick without boobies.