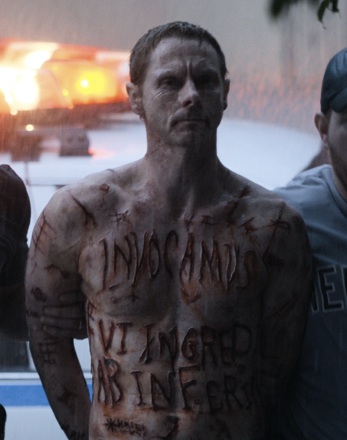 No stranger to the horror scene, Scott Derrickson made his first contribution to the genre in 1999 when he co-wrote Urban Legends: Final Cut, the first of two sequels to the 1998 film.

After co-writing and directing Hellraiser: Inferno in 2000, Derrickson truly made a name for himself with 2005’s The Exorcism of Emily Rose, which he also co-wrote and directed.

Inspired by the true story of Anneliese Michel, a young girl who died in 1976 after several attempts to rid her of demons, The Exorcism of Emily Rose mostly focuses on the court case following the title character’s death, along with flashback scenes documenting her possession.

Though many fans were bored by the heavy focus on courtroom drama, I personally found Emily Rose to be one of the more compelling and effective exorcism movies of the last decade, and a true standout gem in a sub-genre that’s unfortunately full of lifeless Exorcist ripoffs. It was, to say the least, the film that put Scott Derrickson on my radar.

After doing uncredited rewrites on the scripts for The Messengers and Scream 4, Derrickson returned to the horror genre with Sinister in 2012, co-writing and directing the tale of the creepy demon Bughuul (aka Mr. Boogie). Further cementing Derrickson’s status as a modern day master of horror, Sinister was – in my opinion – one of the best big screen horror films in recent years, which actually managed to be bone chilling and nightmare-inducing.

Though he’s currently working on several films, including the planned sequel to Sinister, Derrickson’s latest writing/directing effort is entitled Deliver Us from Evil, and it’s set for release on July 2nd of this year. The film is based on a book written by retired NYPD veteran Ralph Sarchie, which documents his real life investigations of cases involving demonic possession. The book is called Beware the Night, which was the original title of the film.

Eric Bana plays Sarchie in Deliver Us from Evil, who partners up with an unconventional priest in an attempt to combat the string of possessions that are terrorizing New York City. While Sarchie at first believes that human nature is to blame for all the horrible things he’s seen, he soon finds himself face-to-face with true evil.

The trailer for Deliver Us from Evil just hit the net this week, and I encourage you to check it out below!

Given Derrickson’s track record when it comes to tales of possession and demonic activity, not to mention the creepiness of this trailer, I see no reason why we shouldn’t all be excited about Deliver Us from Evil. As far as big screen horror cinema goes, I foresee it being one of the best that 2014 has to offer.