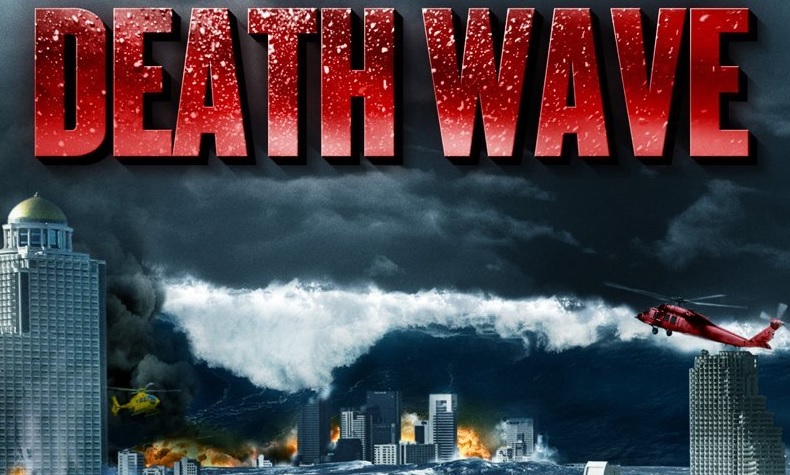 Horror fans love few things more than engaging in debates, whether they’re about opinions on specific movies or even sub-genre classifications of those movies. Is 28 Days Later a zombie film or an infection film? Is Silence of the Lambs a horror movie or is it a thriller? These are silly questions that often inspire silly answers, but fans have for years been debating them, and will continue to do so for years to come.

This week, Blumhouse.com writer Jerry Smith kick-started an entirely new debate with a piece he wrote on the so-called “Deathwave” movement that is taking the horror genre by storm, and the discussion was soon thereafter continued by Devin Faraci on Birth.Movies.Death. It’s the hottest topic of discussion in the entire horror community right now, and fan opinion on the matter is violently divided.

While I encourage you to read both of those pieces before proceeding, let me lay out the basic gist for you. It was Some Kind of Hate director Adam Egypt Mortimer who coined the term Deathwave, essentially describing the “movement” that has recently resulted in a handful of great horror films from independent filmmakers – many of whom run in the same circles, leading Faraci to call it a scene rather than a movement.

Deathwave, if you wish to call it that, collects together recent horror movies that have something more to say than the ones Hollywood has spent the last several years pumping out, driven by characters, story, and put together with genuine thought. Movies like The Babadook, Starry Eyes, It Follows, Honeymoon, Goodnight Mommy, and Mortimer’s own film Some Kind of Hate are often brought up in this discussion.

Horror fans being horror fans, many have angrily lashed out at Smith and Mortimer for perpetuating the idea that everything needs a label, while others seem to be embracing the buzzword. And then there’s those who simply don’t understand what the hell it even means – in that latter group, interestingly enough, are several filmmakers whose movies are considered part of the movement/scene/whatever.

Personally, I’m of the mind that we need to stop worrying so much about labeling things we love, and as far as labels go, Deathwave is one that admittedly makes me roll my eyes. But it’s what the moniker represents that I’m fully in support of, and what it represents is the fact that horror movies have gotten so good in the last couple years that fans and filmmakers alike are scrambling to put a name on it.

As Faraci points out in his article, books are likely to someday be written about this period of time in the genre, and if it takes a silly label to get us to start talking about this current crop of movies and recognizing that we’re in the midst of something special, then so be it. To debate the cool factor of the buzzword is to entirely miss the point that it signifies a change for the better in the horror world.

Of course, well-made horror films are nothing new, and the movies being collected together under the Deathwave banner don’t share much in common aside from being, well, good movies. Unlike the equally silly “mumblegore,” the term doesn’t denote a style of film so much as it represents the fact that indie filmmakers are taking the genre to places Hollywood doesn’t care to, and that’s the heart of the matter.

Other recent efforts like We Are Still Here, The Hive, Spring, and The Final Girls are the work of filmmakers with something to say, and the fact that they were all released this year confirms that the genre is experiencing somewhat of a golden age right now. It wasn’t long ago that fans were convinced “horror is dead,” and as 2015 wraps up, it’s so alive that we’re arguing over what to call that intangible excellence.

As absurd as it is to watch horror fans get mad at each other over a word, there’s also something beautiful about all that anger. Because no matter which side of the fence you fall on, Mortimer’s self-coined buzzword, Smith’s interviews with industry talent, and Faraci’s opinion piece all demand the same thing: that we talk about, recognize, and celebrate all the great horror movies being made RIGHT NOW.

In a community so driven by nostalgia, let’s just be glad we’re doing that.