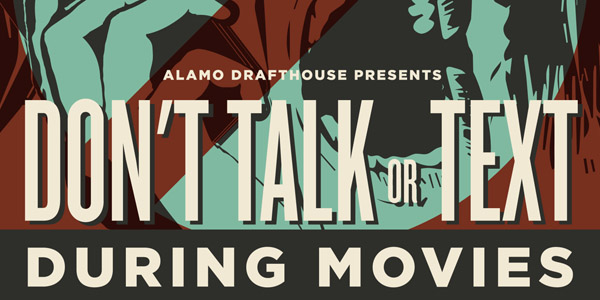 Due to the fact that I’m pretty lonely and don’t quite know what else to do with my free time, I went to see two movies at my local theater this past weekend. The first was Insidious: Chapter 3 on Thursday night, followed by Spy on Saturday night. And the two experiences couldn’t possibly have been any different, particular subject matter notwithstanding.

Whereas Spy proved to be a pleasant experience, with audience laughter at the right times and complete silence at most other points, Insidious: Chapter 3 was a complete nightmare. So talkative was nearly every group in my general vicinity that I was forced to get up and switch my seat, and even then I had no choice but to get in a verbal altercation with a particularly chatty teenager.

Of course, I’m not suggesting that obnoxious movie-goers only plague screenings of horror movies, but this past weekend wasn’t the first time I noted a marked difference between a ‘horror audience’ and a ‘non-horror audience.’ I see every horror movie that comes to theaters, often on the weekend of release, and 9 times out of 10 the experience is nothing short of a nightmare.

Truth be told, it’s oftentimes hard to even pay attention to the horror movies I go see, which is a total bummer considering the fact that I’m spending $13 to be there. Worse yet, it’s my job to review the new horror movies that I see, and that needless to say becomes very difficult when nearly every person in the theater seems intent on ensuring that I can’t even watch the movie I’ve paid to see.

I have a few theories as to why audiences can’t keep quiet during horror movies, and one of the big ones is of course that horror movies attract teenagers – and teenagers, as anyone who’s ever been a teenager is well aware, don’t really care about anyone but themselves. And then there’s society’s general lack of respect for horror movies, which I’d have to blame for the way audiences behave during them.

Or maybe it’s simply that most horror movies that reach theaters aren’t very good, with predictable moments of terror that almost encourage audiences to shout at the screen, laugh out loud and make stupid remarks to their friends. It’s almost as if every horror movie I see comes with an audience commentary track built into the ticket price, and whatever the reason, I’m growing quite tired of it.

It’s gotten to the point where I’ve been forced to modify my habits to suit this escalating trend of audience obnoxiousness, intentionally reworking my schedule so that I only go see movies on days and at times where I’m pretty sure the crowds will be small. Late Thursday nights and early Friday mornings have become my go-to theater days, and I tend to avoid Friday and Saturday nights like the plague.

But no matter how much I inconvenience myself in the hopes that I’ll actually get to peacefully watch a movie I’ve paid an exorbitant amount of money to see, those pleasant experiences are still few and far between. All it takes is one girl with a cell phone or one dude with a girlfriend he wants to impress to derail an entire theatrical experience, and that person is almost always in attendance.

Truth be told, 80% of every theater I sit in is filled with ‘that person,’ and it seems that people like me – who go to the movies to watch movies – have become incredibly rare. Movie theaters, more than anything else, have become places for teenagers to hang out and bullshit with one another, and they’ve become so comfortable in that environment that it might as well be their own living room.

The big problem with all this is that people like me are completely at the mercy of people like them. If they decide to ruin a movie that I’m paying to see, then there’s really nothing that can stop them. Sure, I can lean back and tell them to shut the fuck up, and I often do, but the only thing that really tends to accomplish is making a bad situation a whole lot worse – because no one likes to be told how to behave.

Another option is to alert the staff to the problem, which requires you to get up out of your seat and miss at least five minutes of the movie you’re trying to watch. It’s hardly an option that’s even worth considering, and it’s highly unlikely that the meek teenage employee who’s making $7 an hour is going to risk his life by telling a group of friends to keep their popcorn-munching mouths shut.

Before the trailers have even started, I already know precisely who in the audience with me is going to be a big problem for the next two hours, and the worst part is indeed that I can’t do a single thing about it. Once your ticket has been purchased, movie theaters don’t really care how you spend that next 120 minutes, as they make their money no matter what happens behind those closed doors.

And this needs to change. The way I see it, the only way that public behavior is going to change is if theater chains start caring and start making an effort to ensure that it does. Lest you think there’s simply no way this can be done, I strongly encourage you to go see a movie at the Alamo Drafthouse – which got its start in Texas but now has several locations throughout the country.

One of the Drafthouse’s policies, in addition to serving food and beer, is that there is no talking or cell phone usage while a movie is being shown, and they’re pretty strict when it comes to enforcing this rule. If anyone is caught talking or texting during a movie, they are either warned to stop or removed from the premises, and pre-movie PSAs lay out these conditions for all to see.

“If you can’t change your behavior and be quiet (or unilluminated) during a movie, then we don’t want you at our venue,” says Tim League, founder and CEO of Alamo Drafthouse Cinema. Until all theaters adopt a similar respect for the movie-going experience, then I’m afraid the talkers and texters are going to continue ruining that experience for those of us who actually enjoy movies.

There’s nothing I love more than going to the movies. And I’m truly heartbroken about the fact that I’m growing to hate those weekly outings.