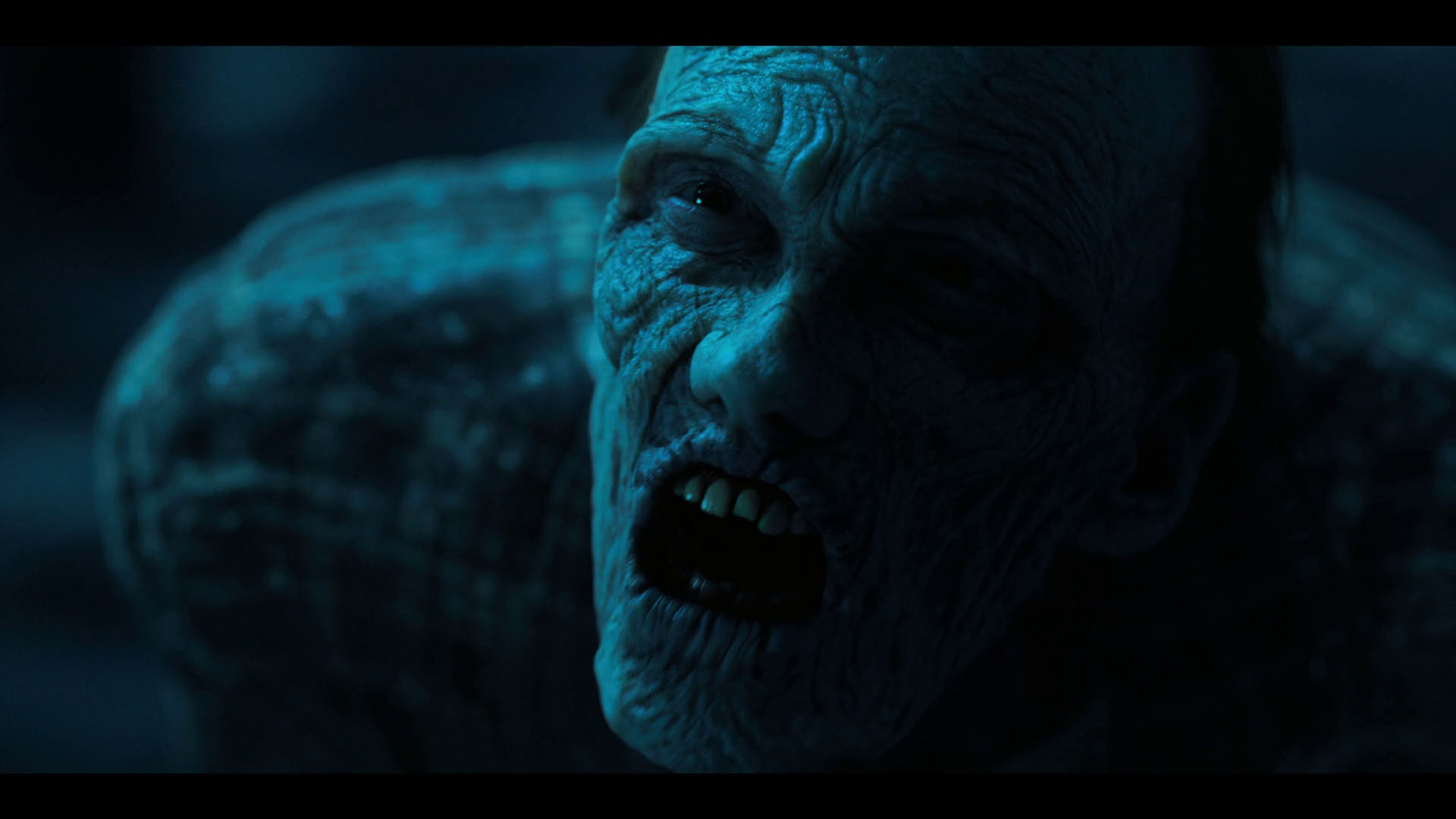 At the end of the season one finale of Castle Rock, we’re left with two options that the creators of the show leave to our own interpretation:

After being forced into the woods at gunpoint by white Henry, black Henry is able to overtake him and get the gun. We then cut to black Henry bringing food down to white Henry back in the cage under Shawshank Prison, obviously revealing what black Henry has decided of white Henry’s story, that he’s a liar, trying to deceive (like the devil would).

And by the way, the two opposing Henries from apparent different dimensions or timelines, one black and one white, plays nicely into the chess metaphor, along with Ruth placing chess pieces about as she slips in an out of the two “realities.”

It actually reminds me of 11.22.63 (another Stephen King story of course — that also aired on Hulu), where time itself is trying to correct itself. So whatever force it is in the town that’s causing evil, we can’t rule out that it’s not mother nature or similar trying to correct this erroneous overlap in the two dimensions.

That white Henry is telling the truth and all he wants to do is get back home, only becoming more aggressive to try and get there, not out of evil, but desperation, only to tragically be locked back into the same cage he spent the last 27 years in.

That both things are true; that everything we’ve been shown so far is true. It’s certainly possible that white Henry was a perfectly normal and nice man in his own reality, but after getting trapped into another, and being blamed for all the mysterious things happening around Castle Rock, was sadly locked away. It’s also very possible that that same innocent man, after being locked down in near complete darkness, in near complete solitude for 27 years could become, like any of us could, mad, broken, hateful of the world, and wanting to cause suffering to others, especially in that town.

The glimpse of the possibly “true” face of white Henry that black Henry sees for only a brief moment could also be true, but doesn’t necessarily equate to evil. Many are describing his appearance as demonic, but in my opinion, this is more like The People Under the Stairs. In other words, what someone might actually look like after being locked away from the sun for so many years, growing into a decrepit old man.

Perhaps he never really did stay the same age, but the town, whatever is there, whatever is under it, or who or whatever is in that area that might be causing these things, could be masking his true appearance, for the sake of him keeping an innocent appearance, therefore making it more likely for others to accept and help him to ultimately get him back home and correct the balance of having doppelgangers together in the same world.

Option D. (None of the Above)

Playing further into the chess metaphor, perhaps it has absolutely nothing to do with the town OR the people in it, who are just pawns, and this is purely a battle between good and evil like the beings known as “IT” and “The Turtle” from IT. It just happens to be taking place in their backyard.