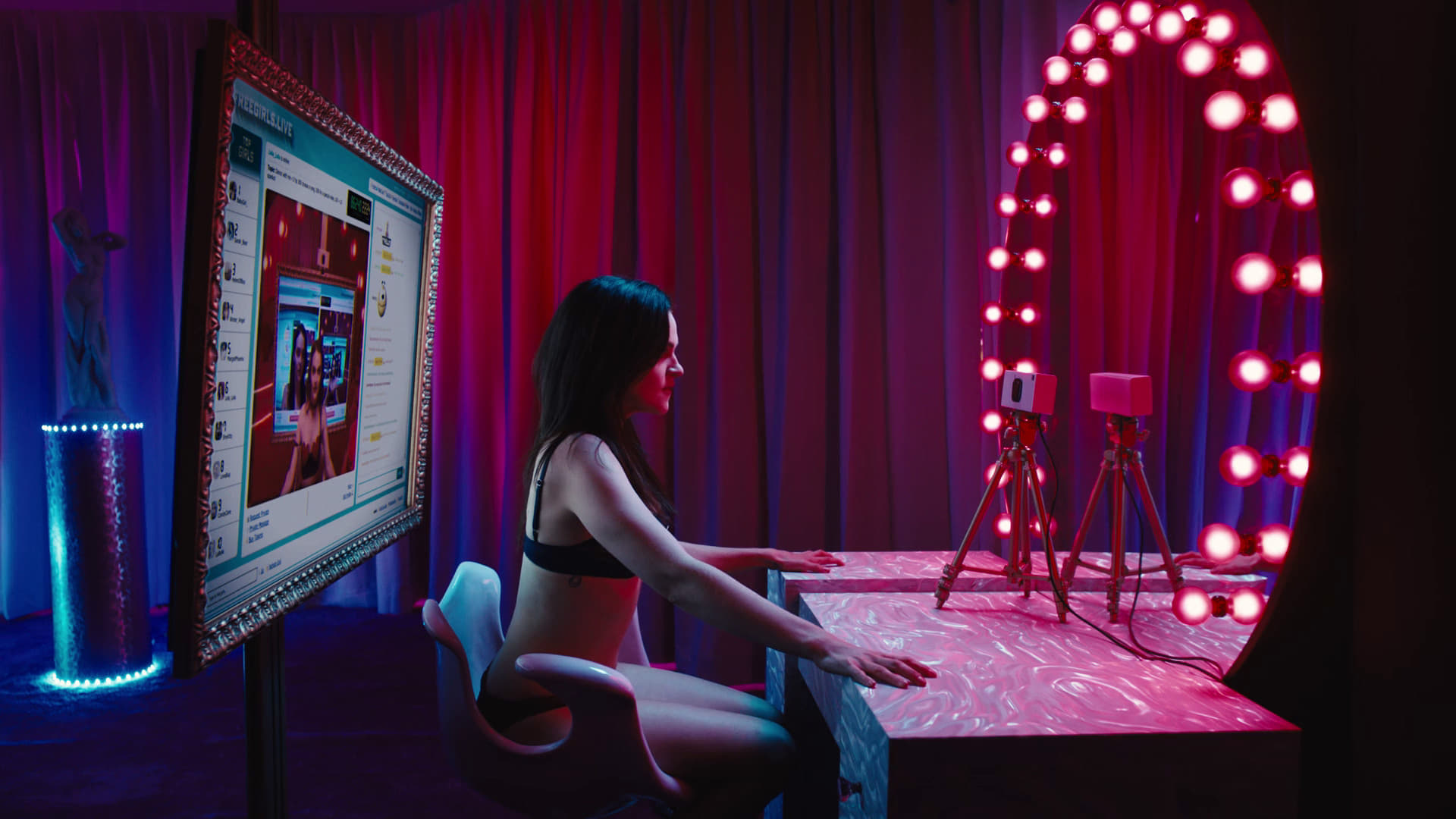 Nothing supernatural is going on in Netflix’s new horror movie Cam. No ghosts in the machine or doppelgangers it turns out. However, it’s not science fiction either, a “what if” as our technology continues to evolve. No, what’s most terrifying about what happens in Cam is that technically, everything that we see happen is already possible.

Of course, they also never come right out and say what “it” is in the movie that’s actually happening, and they leave a lot of ambiguity in there, as any good mystery does. The funny thing is that ambiguity is one of the storyteller’s best and most used tools that’s at their disposal, but also, it seems to be the thing that most audiences like complain about.

So often, when audiences aren’t spoon-fed exact details, they call it lazy, confusing, bad writing, when they don’t understand fully what’s happening, because well, of course it’s not possible that something simply went over their head, it must be that the filmmakers are idiots or bad at their job. That’s what they call the Dunning-Kruger effect, and it’s an especially obnoxious little psychological weakness that’s present in the human animal.

Filling in some blanks on what’s mostly subtext, here’s what happened:

Yes, there are a few plot holes and logic errors here (like if someone could program such a sophisticated AI system that at least has the defense mechanism in place to ban the accounts of the real cam girls that try to out it, you’d think the last thing it would ever do, is reveal the account password), but mostly, it was satisfying, and being written by an actual cam girl, quite realistic in a lot of the other details.

Now, how the hell could something like this be possible?

Realistically cloning someone’s voice and appearance? Here’s where I’m going to surprise some of you. This technology already exists and it is indeed super creepy. The facial-cloning tech has been coined “deepfake.” Here’s a very basic example:

But, it can actually do far more sophisticated things:

In the first example, voice imitation was used, but there’s actually voice-cloning technology as well, to much more realistically fake someone’s voice:

And for someone like a cam girl, who has countless hours of video and voice, that’s more than enough data. — Check

We’ve been fascinated by artificial intelligence, especially in fiction, for a very long time, and there are countless movies with robots rising up against us, but I think Cam, and please correct me if I’m wrong, might be the first and most realistic depiction of it, based on real technology, with a realistic exploitation. In that, I think it was very clever and the first of its kind in film. In a way, Cam is probably a lot like what a feature-length film of a Black Mirror episode would look like.

As to the why, the motivation for anyone to do this? That might be the most obvious and realistic point of all, money. Of course it’s about money. Whether it’s a hacker farm in China or Russia or America or wherever, the goal is obviously to scam money out of people. And what better way than a multi-billion-dollar industry like porn? With the kind of money and resources an operation like this could have, manpower probably being the most important, I think this kind of thing is pretty plausible. In fact, there’s probably some social commentary in there as well about this kind of thing already happening.

In the case of Cam though, again, that whole aspect of the story was mostly subtext. I think the more important part of the story is the human one. I really liked that they showed a lot of the great and horrible things that go on with a job like this, but it wasn’t a cautionary or morality tale warning people away from the lifestyle, or demonizing it in any way; it was just an honest look at some of the creepy shit that comes with the territory.

In the end, Lola, now with the new username and persona, EveBot, starts up camming again. This is to affirm that she’s not ashamed of the job itself, that all that happened was just a setback. She’s good at what she does, she’s a professional, and is determined to be successful in this business, in her career. That’s probably the most important and positive takeaway of the ending.

Most of the bad reviews that I’m seeing are because they totally failed to understand the ending (that’s quite literally the complaint) and weren’t willing to dig a little deeper to find it. Perhaps they’d still have criticism, but, it’s an easy recommend as far as I’m concerned. Watch it and decide for yourself.