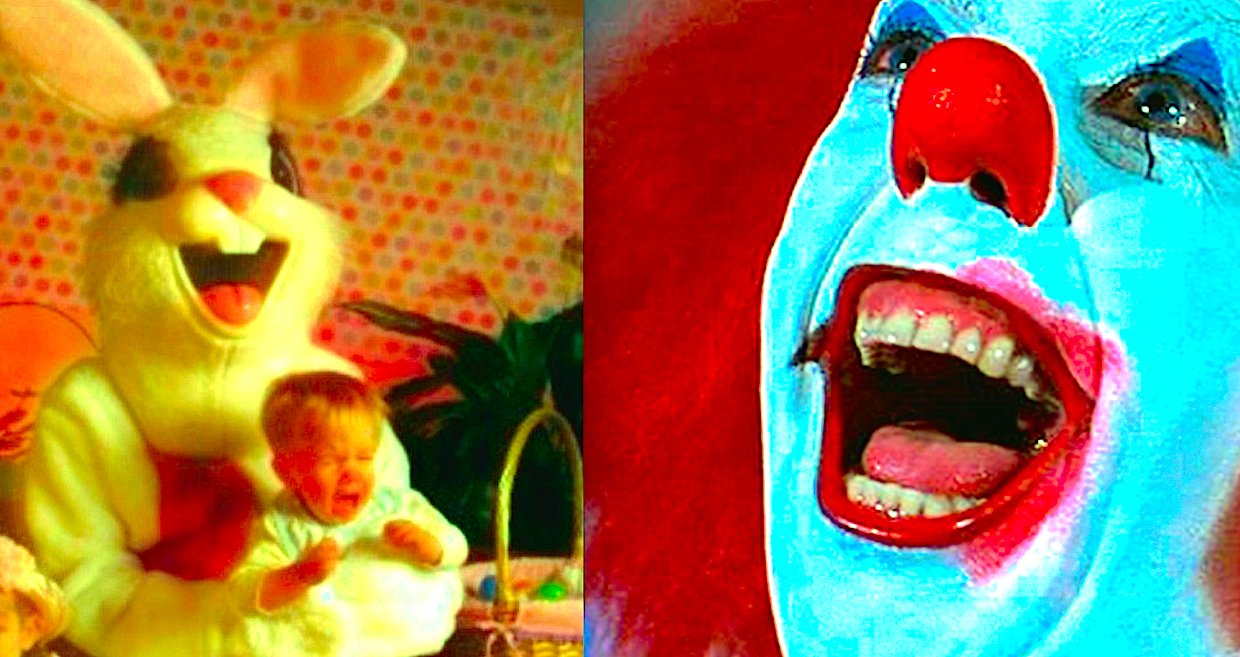 You can always tell Easter has arrived when the classic “Terrifying Easter Bunny” pictures start appearing across the digital realm. Those faded moments in time where (hopefully) good natured individuals pulled on costumes and tried to entertain and amuse the local little ones – only to inadvertently become the spawn of Satan!

I personally love them. There is a weird magic contained within old photographs like these, but as always my brain can never switch off its ‘horror default setting’. I see killers, monsters and horror icons in every one of them, as the Bunnies morph into familiar characters before my very eyes and I’m left with the undeniable and awesome truth – I watch too much horror!

The Leatherface from The Texas Chainsaw Massacre Bunny.

Slow and clumsy but useful in the kitchen, and can often be found preparing Easter treats all day long. The ingredients are questionable and the chocolate is more lumpy than you would normally expect, but they always taste SO good, meaning the locals rarely complain. If he ever invites you to dinner politely decline, then RUN, and keep running until you can no longer hear the sound of laughter and chainsaws!

The Darkness from Legend Bunny.

This Bunny is a big red charmer. He will arch his eyebrows, smile seductively and try to woo you by setting a table and lighting a romantic fire. He might even hire some entertainment in the form of a creepy dancer, but don’t be fooled! This dude has very little patience, and he will only be handing over some yummy chocolate eggs if you agree to sacrifice a few unicorns and spend eternity by his side.

The Pennywise from IT Bunny.

He always appears in the most unusual of places, trying to tempt you to join him with the promise of a good time and more chocolate eggs than you could ever eat. But be warned – behind the big smile, funny red nose and torrent of tasteless jokes is a bunny with evil intentions. I mean, who wants to eat candy in a sewer? That cannot be hygienic, even if they do all float!

The Jason from the Friday The 13th remake Bunny.

This is one big STRONG bunny, with a basket the size of a shopping trolly! Only problem is that he rarely has the patience to be carefully delivering delicate chocolate treats, preferring to run around his maze of intricate tunnels under your house, while keeping all the eggs for himself. He claims everything he does is to try and impress his mother, but she hasn’t been seen for quite some time!

The You’re Next hired killer Bunny.

He likes to think he’s a professional, talks the talk, walks the walk, and has a large array of interesting eggs. Truth is, he isn’t very good at what he does. He will drop them, smash them and trip over every little bunny trap that comes his way. By the end of Easter your garden and house will be a total mess, and he’ll be demanding a larger fee in a menacing way while pulling nails out of his foot!

The Decker from Nightbreed Bunny.

He’s a well respected bunny within the local community, and when you’re feeling down and missing chocolate eggs he will give you advice and try to keep your mind at ease. Don’t be fooled! Behind your back he is destroying eggs for fun and blaming it all on you! He also has an alarmingly large collection of egg smashing hammers that he spends hours just staring at – alone, in the dark!

The Pin Up Girl from The Strangers Bunny.

She has a habit of making an appearance AFTER Easter is over, trying to deliver eggs when you just can’t eat any more. A bunny of very few words, she simply won’t take no for an answer, even resorting to tying up chocolate lovers and force feeding them candy until they pass out. When asked how she decides who deserves to receive the contents of her basket she simply shrugged and said “If you’re home, you deserve it!”

The Michael Myers from Halloween Bunny. 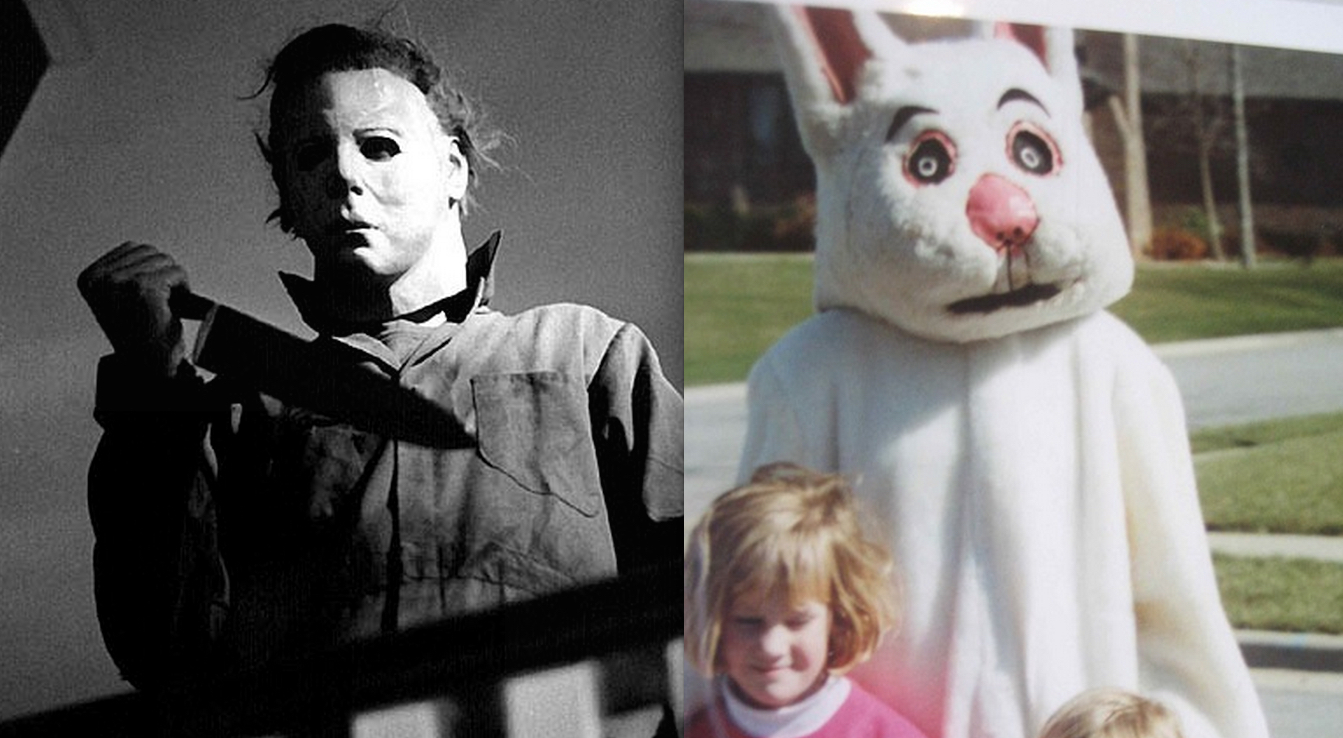 This bunny has mastered the art of stealth. One minute you can be walking home from school thinking about how much you love chocolate, a split second later a large egg will be resting in your arms and he’ll silently watch you eat it from behind a hedge. He’s a bunny with a purpose who takes pride in his work, but for some reason he NEVER delivers to his relatives, leading local residents to suspect he’s been involved in a dispute with a family member. Possibly his sister? If you can ignore the dead eyes and the lopsided mouth he’s still just a little boy at heart. Give him a hug!